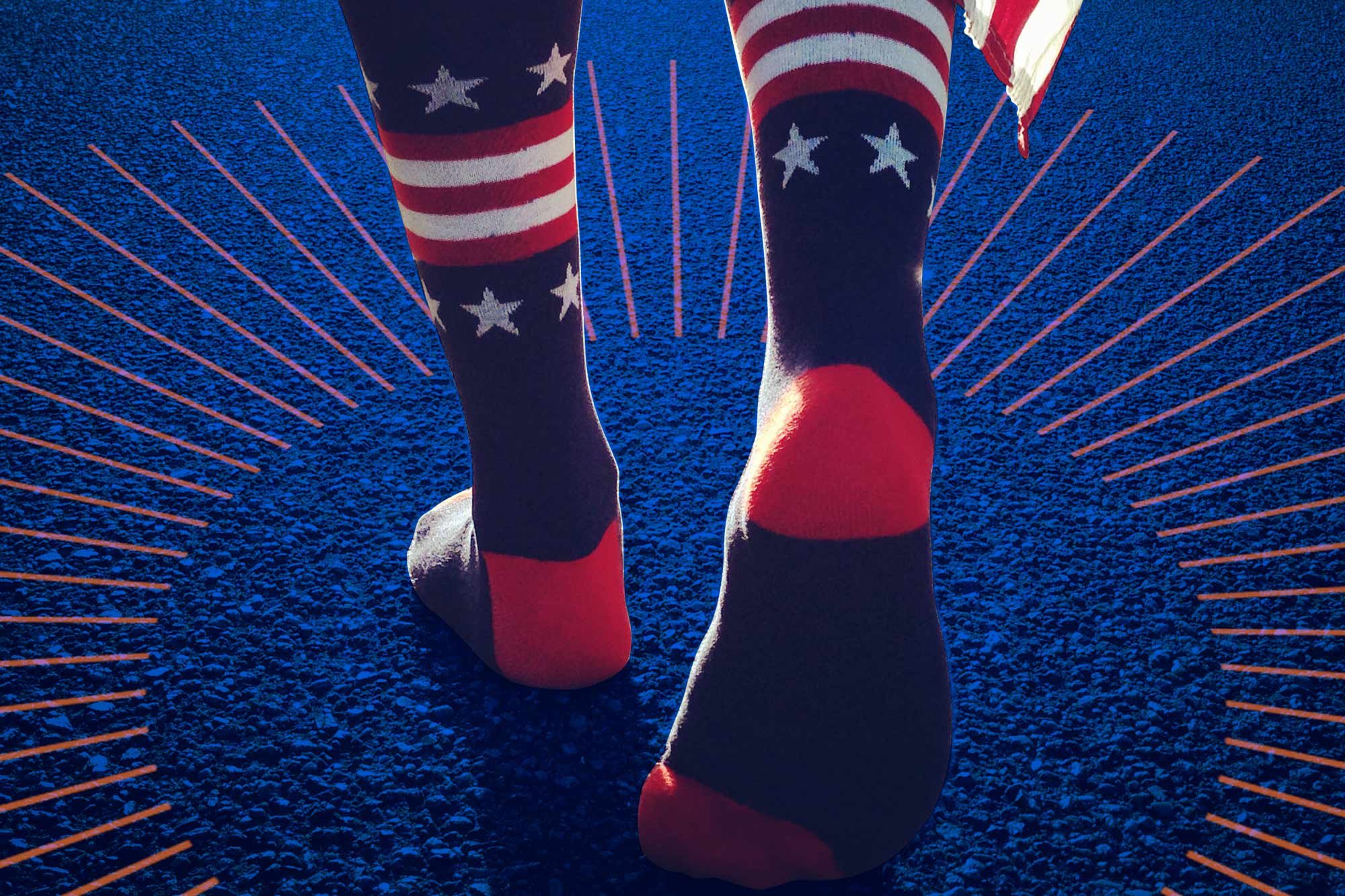 When University of Virginia alumnus Brad Christmann decided to start his own business, he didn’t look much further than his own two feet.

“The idea of making socks was appealing to me, because I realized that the vast majority of my socks were terrible. They developed holes in no time, or the elastic stretched out, or they just did not look that nice,” said Christmann, a 2006 McIntire School of Commerce graduate. “A lot of people have the same problem, and I wanted to see what I could do about it.”

Christmann launched Boldfoot Socks in the summer of 2014. At the time, he was fresh out of business school at the University of Carolina at Chapel Hill, where he had enrolled after working for several years in Capital One’s marketing division. He had a lot to learn about the apparel industry and the manufacturing process, but he knew he wanted his business to do three things: make great socks, offer a 100 percent American-made product and support veterans’ organizations. 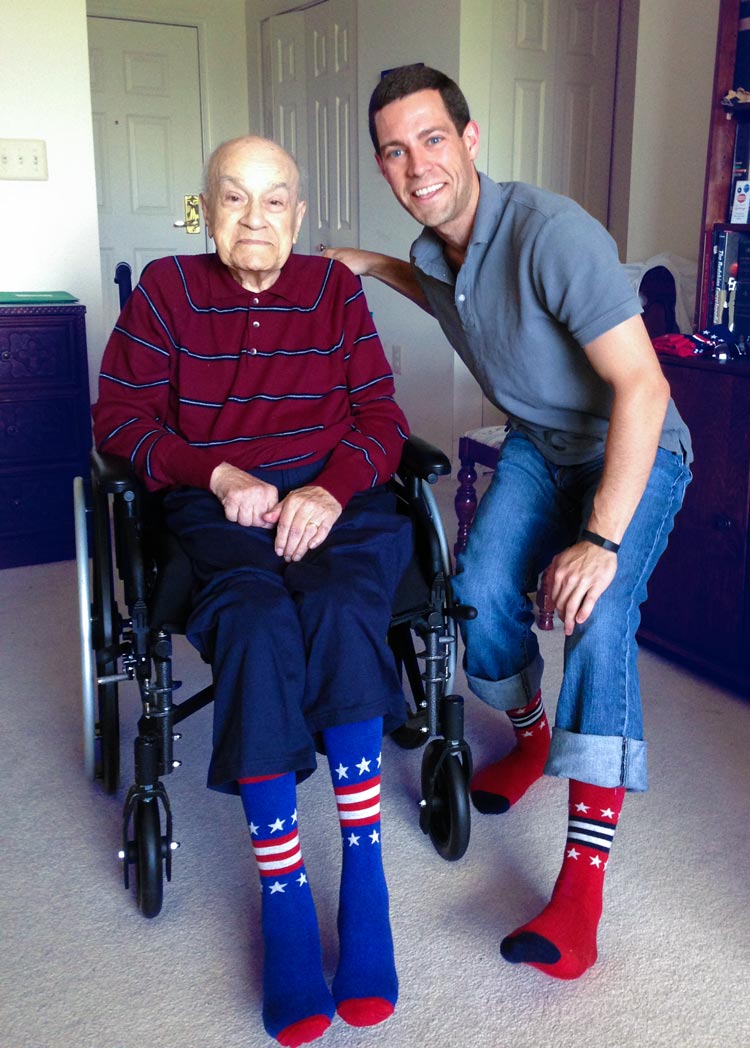 Three years later, Boldfoot Socks has lived up to those missions. The company sells a wide array of bright, colorful socks that Christmann designs himself, working as a one-man company from his home in Charlotte, North Carolina. Two successful Kickstarter campaigns have pumped additional capital into the business, allowing Christmann to expand his original product line to offer men’s and women’s socks, athletic and dress socks of different lengths, and even compression socks.

He is selective about the materials he uses. Boldfoot’s dress and casual socks are made of high-quality Supima cotton, a label that less than 3 percent of American-grown cotton qualifies for. The yarn used for the athletic socks is the same material used by companies like Nike and Under Armour. The socks are priced starting at $15 and, Christmann believes, will hold up for twice as long as many on the market. 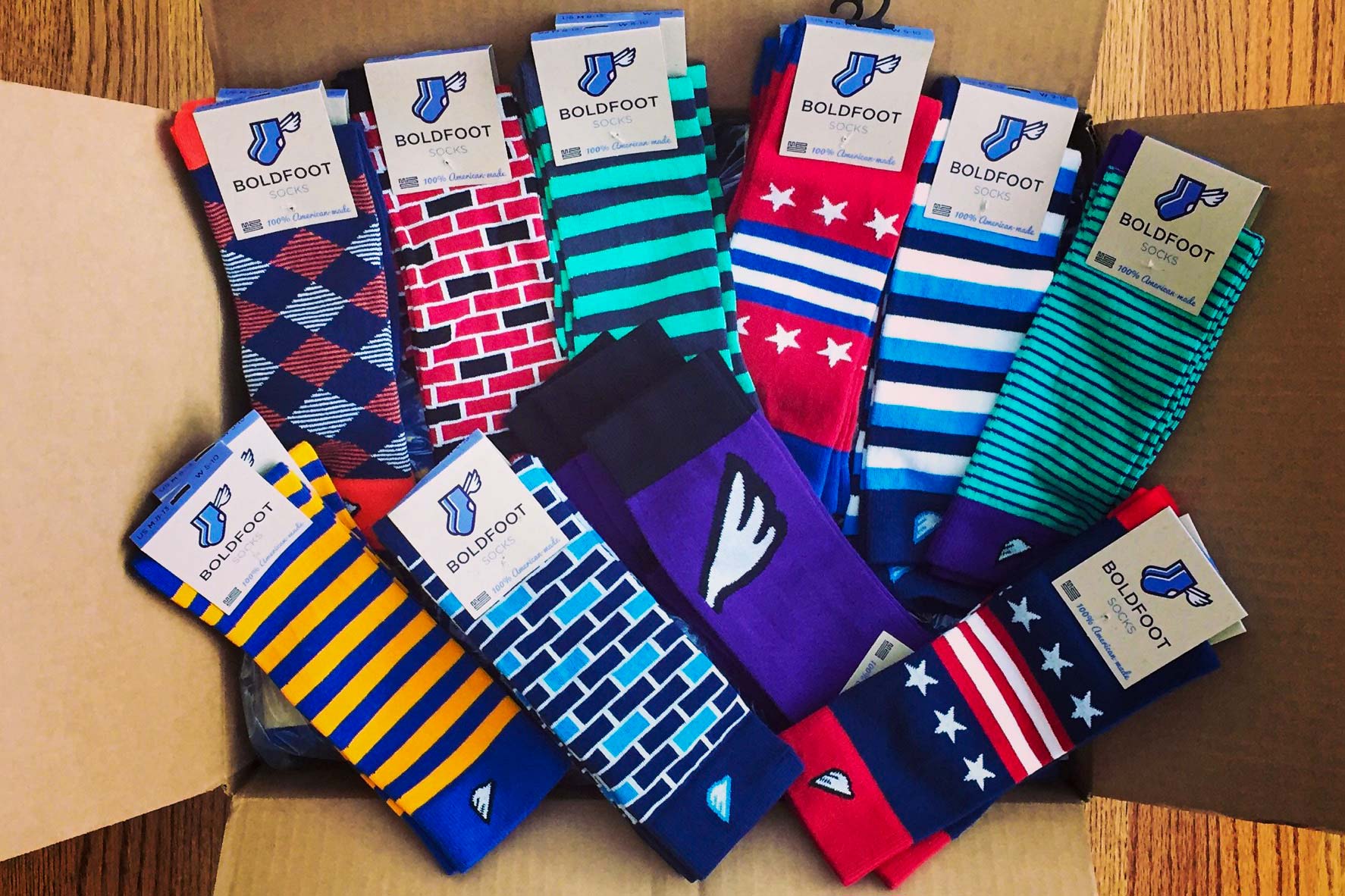 “Using higher-quality materials, though more expensive upfront, makes for a much better product offering that people will return to time and time again,” he predicted.

Every step of Boldfoot’s manufacturing process happens on American soil. Christmann uses yarn from both California’s San Joaquin Valley and Rome, Georgia. The yarn is dyed in Belmont, North Carolina, just a short drive away from his house. The socks are also manufactured in North Carolina, in both Conover and Denton.

It’s an unusual decision for an apparel company: Only about 2 percent of all clothing sold in America is made here; and only about 1 percent of socks. Still, Christmann said that it was an easy decision to make. Having his manufacturers just a short drive away – as opposed to an ocean away – allows him to personally check on the quality of the socks, and he loves knowing that his product fuels jobs in the local community.

“When you spend money with local manufacturers here, that money is reinvested in the community,” Christmann said. “It was important to me to support small businesses and the local economy.”

Christmann also wanted his organization to give back to American servicemen and -women. Five percent of Boldfoot’s profits are donated to series of nonprofit organizations that help America’s veterans. Some funds help homeless veterans in need of shelter, food and clothing; others help military families secure scholarships for their children, or help injured and sick veterans pay their health care bills.

It’s a cause close to Christmann’s heart. His father, uncle and grandfather are all veterans of the U.S. Navy or the Marine Corps, along with several other members of his extended family. His grandfather, now 100 years old, served in World War II, survived as a prisoner of war and was awarded a Purple Heart.

“Fortunately, the veterans in my family have had wonderful, happy lives,” he said. “Knowing that is not the case for so many, that so many people fighting for our country return home to lives harder than when they left, breaks my heart. This is something small that I can do to help with that.”

A Year We Will Never Forget: 2019-20 in Review END_OF_DOCUMENT_TOKEN_TO_BE_REPLACED

‘What Will You Carry With You?’ Remarks From UVA President Jim Ryan END_OF_DOCUMENT_TOKEN_TO_BE_REPLACED