Harrison Award Sparks Undergrad to Prove Herself in the Scientific Community 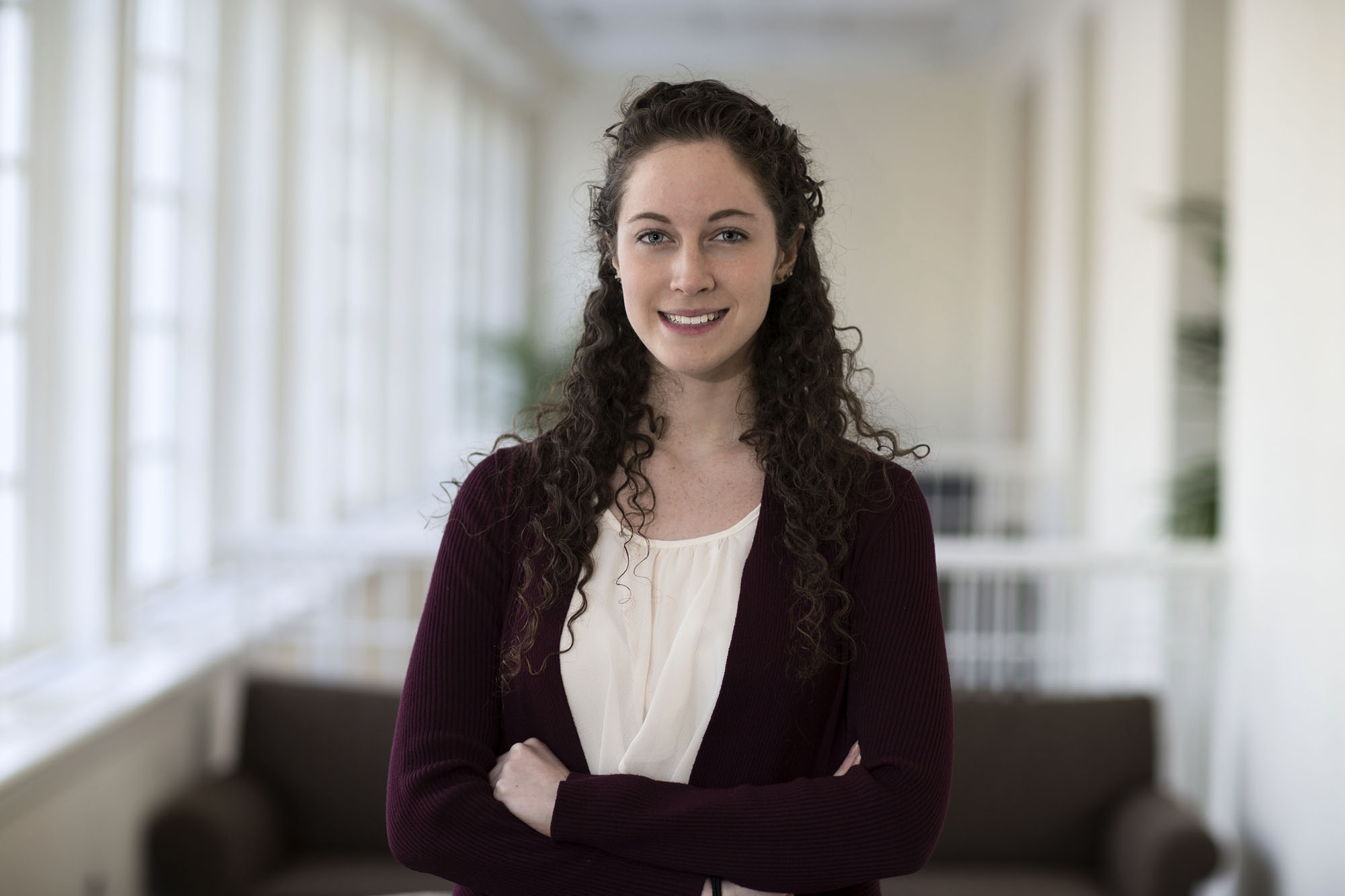 First in a series leading up to Friday's announcement of the 2015 Harrison Undergraduate Research Award winners.

When Ashley O’Keefe was a first-year student at the University of Virginia, she offered to clean supplies and equipment in assistant biology professor Sarah Kucenas’ neuroscience lab, since she felt she had few skills to contribute to the team.

Now a fourth-year, O’Keefe has proven herself far more valuable. Her research made her a contributing author for a published paper, allowed her to attend an international health and disease conference and resulted in her winning a Harrison Undergraduate Research Award to support her own research.

“I came into science basically knowing nothing,” said O’Keefe, who is double-majoring in biology and religious studies in the College of Arts & Sciences. “I didn’t know how to work a pipette; I felt like such a nuisance. I just wanted to see what it was like to be a part of a lab.”

“But Sarah Kucenas and Jessica Kennett-Clark took me under their wings. They were so patient; they taught me everything.”

Despite O’Keefe’s inexperience, Kucenas saw potential. “She [was] eager to tackle new studies,” she recalled. “This passion and dedication in both the classroom and lab is rare to find in undergraduates, and it’s even more rare to find it in first-year students. That’s why I wanted her to join my lab.”

Now, in her final semester working with Kucenas, O’Keefe has extensive knowledge on a topic of which most scientists fail to have a basic understanding.

Partnering with Jessica Kennett-Clark, a Ph.D. research associate, O’Keefe’s research focused on the perineurium, a cell barrier that serves as a protective force between individual nerves and the rest of the body. Despite its function, few scientists understand its origin and question its purpose.

“[The perineurium] has been hotly debated for years,” O’Keefe said. “Most people just thought it was just made from [basic cells] that can give rise to many general cell types in the body.”

O’Keefe’s research tracked the development of the perineurium, disproving what was loosely considered a scientific consensus.

The results of nearly three years of research were published in the September issue of the journal Development Dynamics.

“It was really exciting to have the paper published. It was a long time in the works,” O’Keefe said.

O’Keefe’s success was no surprise to Kucenas, who is her adviser. “[Ashley] is naturally inquisitive and incredibly motivated. She isn’t satisfied with a one-dimensional answer to a question and that is what makes her such a great scientist and thinker,” she said.

O’Keefe said the Harrison Award for her research, which was chosen from among applications submitted to a committee of the Faculty Senate, was a major boost. “The Harrison is great because it was all-inclusive. I could get the money for the conference travel and the funding for my lab. It really enabled the research to go forward in a substantial way,” she said.

In addition to funding lab supplies and research equipment, the grant allowed O’Keefe to share a poster of her research last summer at the Gila in Health and Diseases Conference at Cold Spring Harbor Laboratories in Long Island, New York.

As one of only two undergraduates at the intimate conference, O’Keefe proved herself a standout among her more established colleagues.

“When faculty colleagues came to tell me how cool the work was, they were shocked to hear she was a rising fourth-year undergraduate,” Kucenas said. “Needless to say, they were incredibly impressed.”

For O’Keefe, research has proven to be a means to connect her classroom education to the real world. “Research is the best way, as a scientist, to get involved in something real,” she said.

“Doing this, publishing the paper, [attending the conference], this research is what I’m most proud of from my undergraduate career,” she said. “To go and be able to share that with other scientists, share what you know and what you’ve done, is one of the most amazing experiences. I wouldn’t have been able to do that without the Harrison Award.”

What Is the ‘4th Side’? END_OF_DOCUMENT_TOKEN_TO_BE_REPLACED