He Retired – Then Became a Law Clerk 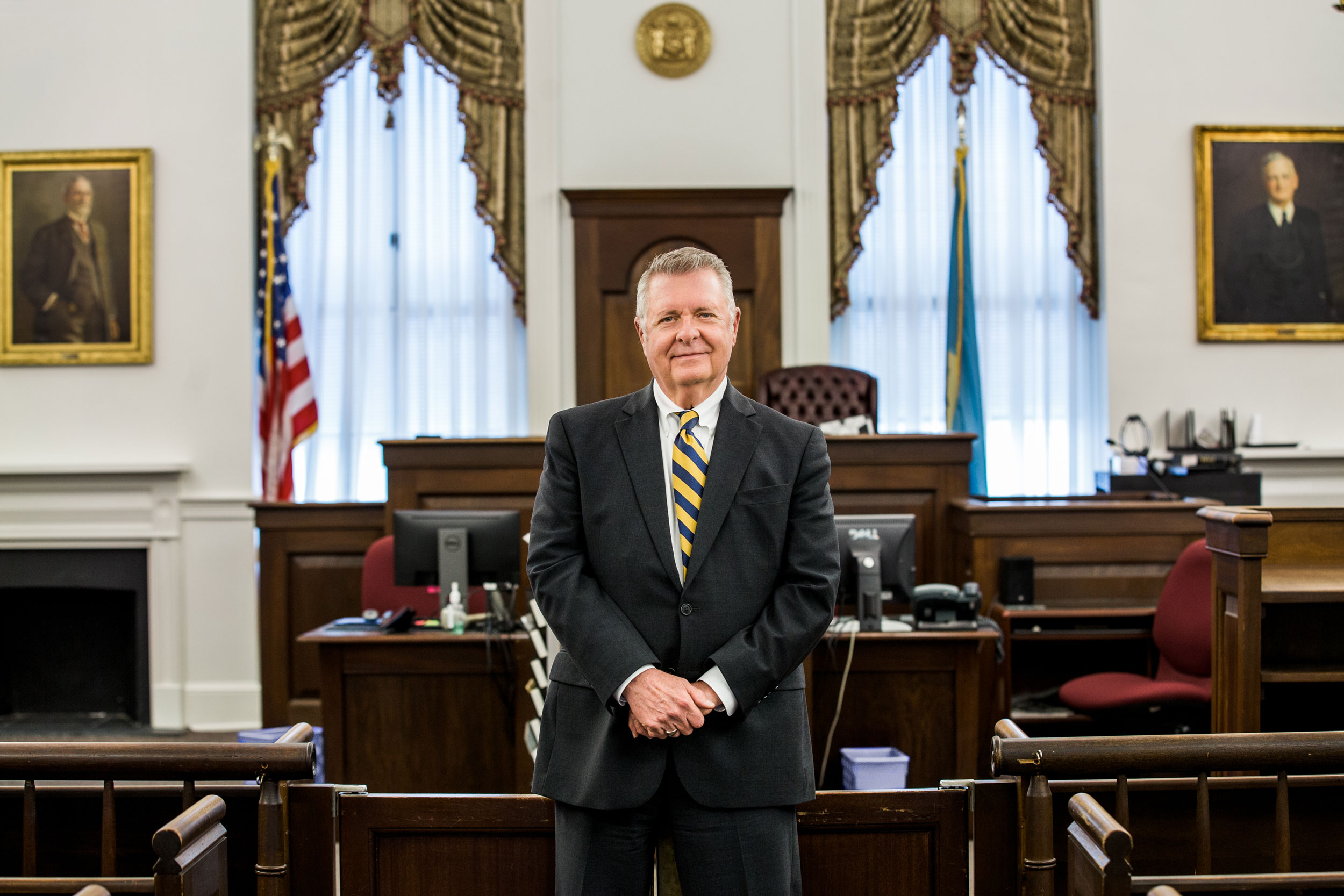 A clerkship is a great way to start a legal career. For Paul Hurdle, a 1973 graduate of the University of Virginia School of Law and one of the oldest law clerks in the country, it’s not a bad way to end one, either.

Hurdle, who turned 71 in March, is clerking for Judge Craig A. Karsnitz at the Superior Court of Delaware. And he says there’s no place he would rather be.

The trial court where Hurdle works has original jurisdiction over most types of criminal and civil cases, and hears appeals on administrative disputes, family matters and certain misdemeanors.

“To be able to come in each day to draft legal opinions for the judge is a wonderful way to continue to do what I love,” he said. “It’s no longer about the money or the status.”

Hurdle began the job two days after his birthday. The former law firm partner works alongside two other clerks who are more than half his age and fresh out of law school. Although the team coalesced in short order, “At first, as you might imagine, it was awkward,” he said.

For example, Hurdle mentioned he was reading the Mueller report on Russian intervention in the 2016 presidential election – and noted being a classmate of the report’s primary author, Special Counsel Robert Mueller, also a 1973 law graduate.

But Hurdle has found, “I’m learning as much from [his fellow clerks] as they are from me.”

Whereas the younger men have strong general knowledge to offer, from recent classroom instruction and bar exam study, he has insights that can only come from experience, he said.

“They may be dead-on according to the law about what the result should be, but I might say, ‘What are the practical consequences in the real world?’”

It’s unclear if Hurdle is the oldest clerk in the United States, but he would likely have few contemporaries. Out of the estimated 19,000 law clerks working in the U.S., the average age is 37, according the website Data USA – with most UVA Law grads clerking shortly after law school.

Meanwhile, the retirement age is 66 for the purposes of Social Security.

Prior to clerking, Hurdle had a successful career in banking and real estate law that culminated in his making partner at McKenna Long & Aldridge in Washington, D.C., in the late 2000s. The firm asked him to shift his focus to conflicts, ethics, professional responsibility and risk management following the financial crisis of 2008. During that period, he also became chair of the D.C. Bar Legal Ethics Committee. When Dentons bought out McKenna, he remained on as senior counsel, then retired in 2016 to Rehoboth Beach, Delaware.

But, “I quickly discovered that retirement didn’t suit me,” he said.

Hurdle will take the state’s bar exam in July. And what’s one of the requirements to sit for the test? A clerkship.

For the purposes of the Delaware bar, Hurdle has, in fact, already met the requirement – at least five months under a Delaware-based lawyer’s supervision. Last year, he clerked at the Sussex County Public Defender’s Office. The experience was like coming full circle, he said. His first law job was as a Navy Judge Advocate General defending sailors and Marines under general courts-martial during the Vietnam era. He never served as a clerk originally.

It was while Hurdle was at the defense office that a previous Karsnitz clerk, a mid-career lawyer, recommended Hurdle. The judge reached out.

Hurdle initially intended clerking to be a steppingstone, but now finds it to be an end in itself.

The judge is required to formally renew his clerk selections each year. He has already informed Hurdle that he would like him to stay on for another term.

What it Means to Be a Cavalier Baseball Player END_OF_DOCUMENT_TOKEN_TO_BE_REPLACED