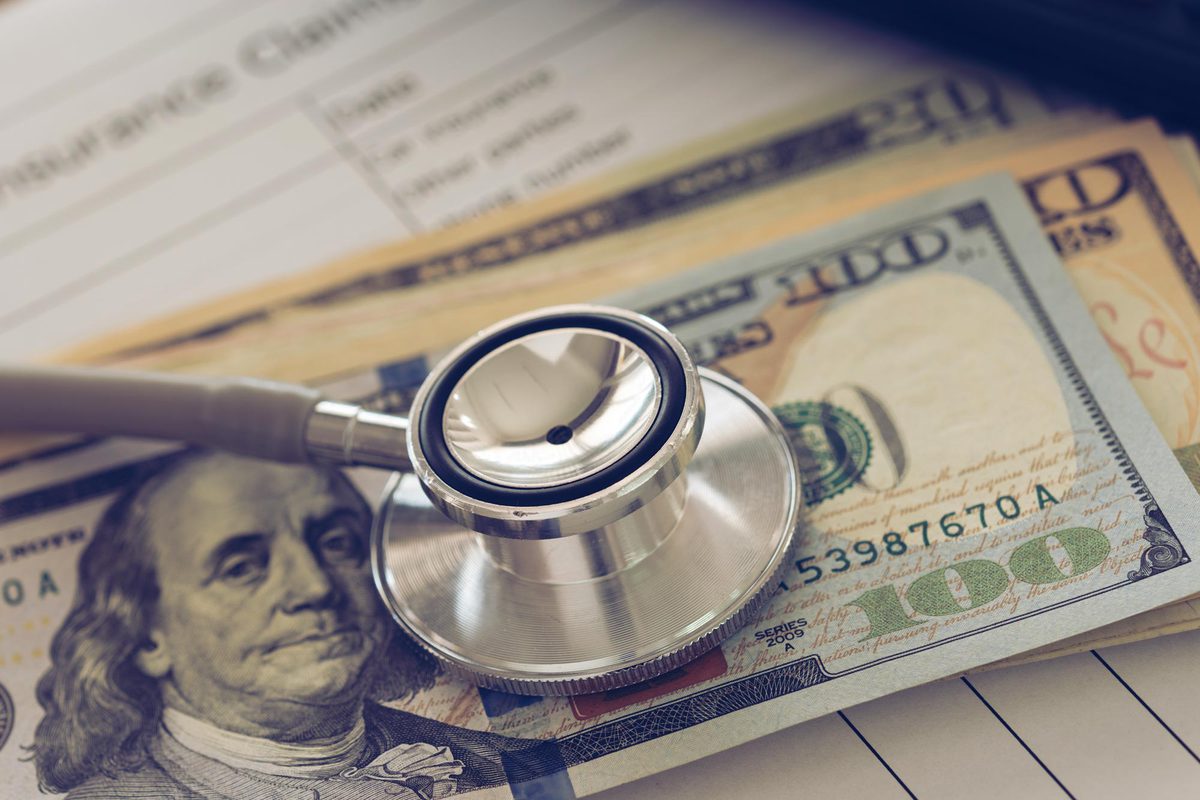 As the nation wrestles with the health and economic implications of the COVID-19 virus and the intentional shutdown of the economy, a panel of University of Virginia economists discussed several aspects of it last week in a virtual forum for students.

Korinek co-wrote, with Zachary Bethune, assistant professor of economics, a paper titled: “COVID-19 Infection Externalities: Trading Lives vs. Livelihoods,” published by the London-based Centre for Economic Policy Research, which he cited as he opened the forum.

“A fundamental problem is that our economy thrives on personal interactions,” Korinek said, adding that the COVID-19 also spreads with personal interactions. “That presents our policymakers with this stark choice to either kill our economy or to let, in some of the more adverse scenarios, up to 2% of our population die. So this leads to a trade-off between lives and livelihoods.”

Korinek said the disease’s long incubation period, of two to 14 days, and the fact that people can spread it before they know they have it make the virus hard to contain. On average, each person with the virus can spread it to 2.5 other people within a week. He told his largely student audience that the fatality levels increase with age.

“If you are around 20 years old, the virus isn’t actually all that dangerous in terms of pure fatalities,” Korinek said. “There are a lot of other side effects, so I would strongly urge you not to catch it. But it is not as lethal for you as it is for someone who is in their 60s or 70s or 80s, and that means that there are really important distributional implications to stemming the coronavirus.”

Among these implications, Korinek said, was the prediction that if people did not take precautions and the virus were to spread unchecked, there would be around 1.5 million deaths in the United States.

Korinek and Bethune quantified the individual’s perceived cost of getting ill at around $80,000, which includes the cost of premature death. 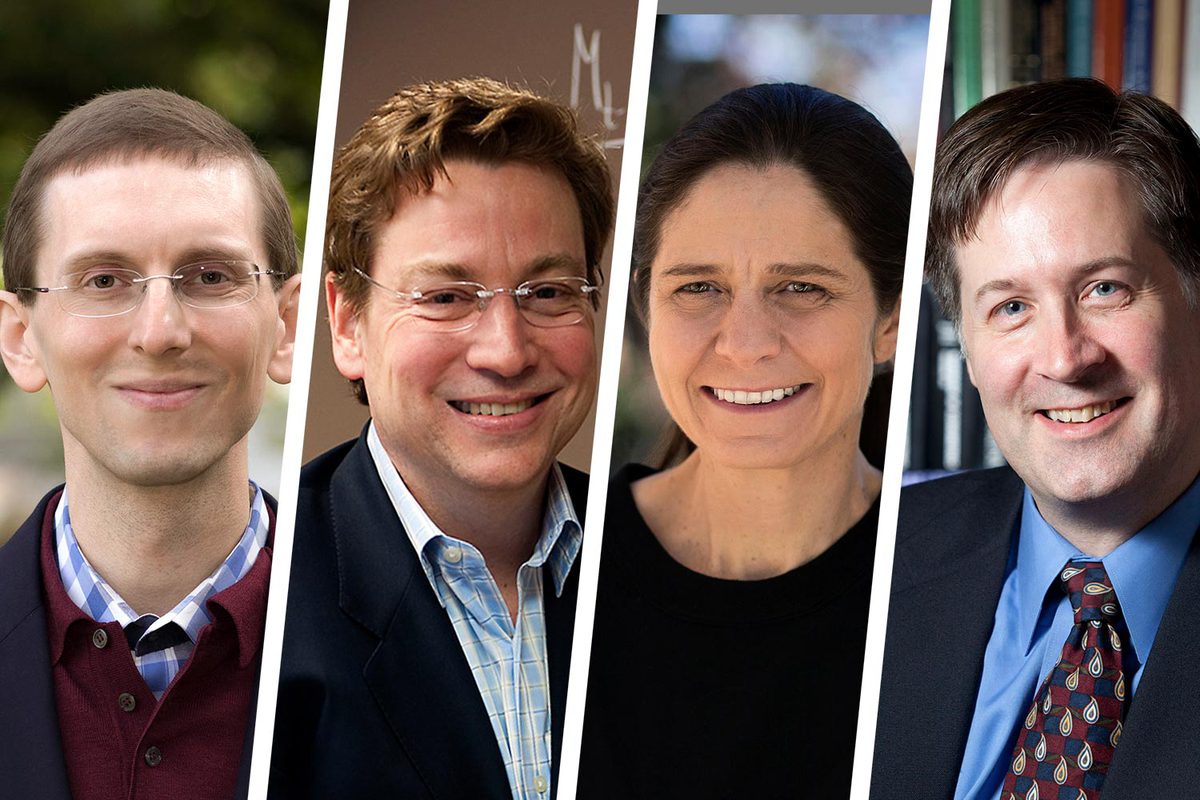 The other is to develop a vaccine, which would take a minimum of 18 months. In the meantime, society would need to test, isolate those infected and trace their contacts.

“If we do social distancing and lockdowns, as we have done over the past month, that can buy us time to develop these strategies,” Korinek said. “If we stop the lockdowns before we are there, we will just restart the spread of the disease through the population.”

Bradford outlined the problem in terms of medical resources.

“One of the reasons we are engaged in this lockdown now has to do with the constraints our system faces when it comes to treating pandemics,” he said.

Bradford said there are approximately 740,000 hospital beds in the United States, of which only about 35% are available for use.

“We have a system that tries to be very efficient, which means that about 65% of the beds are used,” Bradford said. “We don’t want a lot of excess capacity because that raises costs. What this means is that when there are sudden surges in demand, then we might run out of hospital beds.”

He said in the same way, only about 40% of the 85,000 intensive care unit beds are available. He also stressed that nurses, doctors and hospital personnel need sufficient protective gear to keep them safe.

He said hospital readiness and sequestration are what differentiates the fatality rates between Italy and Germany. According to Johns Hopkins University, Italy has had 181, 228 reported COVID-19 cases, with 24,114 deaths, while Germany, with 147,103 cases, has had 4,862 deaths.

“Only a month ago, we were in a situation where if we had done nothing, by now we would have already passed the point where 85% of the population had already contracted this disease and the system would have been completely overwhelmed, much like it is in Italy,” Bradford said. “A do-nothing scenario could have had us facing something like 1.5 to 2 million deaths before a vaccine became available.

“If we can keep 20% of the population or less from being infected, and spread that out over a long period of time, then our system can withstand the onslaught,” Bradford said. “And mortality rates will be a lot more like Germany and a lot less like Italy. But you can see if we moved to 60% or even 80%, the system very quickly comes close to collapse.”

“Some are going to claim – and you are already seeing discussions in the media – that we overreacted, that this is no worse than the flu and that we didn’t need to shut down the economy. I just want to emphasize that that is absolutely the wrong way to think about this. ”

Bradford said that if by maintaining the shelter-at-home, Virginia could spread the infection out to 18 months.

“This matters a lot,” Bradford said. “If we can keep things to the 18-month spread of the disease by having shelter-at-home and then having contact tracing and then the intense testing, then Charlottesville could keep its system functioning, as it has to this point relatively well.

“Some are going to claim – and you are already seeing discussions in the media – that we overreacted, that this is no worse than the flu and that we didn’t need to shut down the economy,” he said. “I just want to emphasize that that is absolutely the wrong way to think about this.”

Bradford said by slowing the disease, the county was avoiding the mortality cost of losing a large part of its population. He also said that if the virus ran wild in the population, the country would suffer not only the mortality cost, but lost economic activity and expensive treatment costs.

He said the sacrifices people are currently making are important for the economy in the long run.

“If we keep at it, the payoff will be enormous and it will be worth it,” Bradford told the students. “I hope that you feel at least what you are doing is valuable and that it will be appreciated.”

Leeper took a macro-economic view of the virus.

“We are already in a very sharp recession and it is critical to understand that this recession is also of completely unknown duration,” he said. “It is likely deeper than anything we have seen since the Great Depression.”

He said economy could recover sharply; recover rapidly, but less sharply; or recover slowly over a long period of time.

Leeper said according to International Monetary Fund numbers, the impact of the COVID-19 recession is three times greater than the recession of 2008-09. He said the U.S. stock market has shown some signs of recovery, possibly because of optimism as the virus curve flattens, but he said there is still the loss of a massive amount of wealth, especially with the spikes in unemployment claims that have been filed in the last several weeks.

He also said that state governments, which must have balanced budgets, are adopting spending freezes and cutting their expenses. And as renters are not able to pay their rents, this will hurt the mortgage market.

“Nobody has any idea how long the recession will last,” Leeper said. “Macroeconomists are notorious for not being able to predict when recessions will start or when they will end. But it is especially unprecedented event for us. And there is an enormous amount of uncertainty, and it comes from several sources.”

Leeper said the Federal Reserve is working to make sure that markets do not break down, with government treasury bonds as the first line of defense, but noted that disorder in the bond market tends to spill over into other sectors of the economy.

“What the Fed has been doing is stepping in and committing to providing whatever liquidity is needed,” he said. “It is doing that through purchases of a vast array of both government and private assets. I fully expect that the Federal Reserve’s balance sheet is going to double. It was at $4.2 trillion early in February; it is already around $6 trillion, and I think it is likely to rise to $8 trillion. And there will be consequences from that down the road.”

He said that COVID-19, as the 9/11 terrorist attacks, will unleash permanent changes on the U.S. economy and society, as well as uncover underlying weaknesses in the county’s infrastructure, from health care systems to technology to how the virus is affecting different strata of society.

“Expect that there are going to be permanent changes to our economic and our social activities,” Leeper said. “But we can think about these issues and we can help shape what that future is going to look like and not just rely on dumb luck, which is an alternative.”

Turner said the spike in unemployment claims in the past few weeks has been a big shock to the economic system. She noted that unemployment insurance was a program that came out of the Great Depression to compensate people who had lost their jobs through no fault of their own.

“The purposes of this program are to sustain consumption of families and workers, improve subsequent job search, provide and also engage in macro stabilization objectives,” Turner said. “Yet, this time is different. During this period, you don’t want people out looking for jobs. So you can think of unemployment insurance as a mechanism of fiscal policy to provide compensation, effectively more like a stimulus and a stabilizer than just an insurance mechanism. It is important to recognize that employment decline is an intentional step of our public safety intentions.”

She said that supplemental benefits were included with the unemployment insurance to provide stability while people are isolating themselves.

“With that $600 added, unemployment insurance is more generous for those who are out of work,” she said. “While the implementation has not been entirely smooth, the aim is to provide basic resources to those who are low-income and who may have been displaced from jobs during this period of shutdown.”

She said that some of the job losses will be temporary, and others permanent. In turn, getting the economy going again will not be as simple as “flipping a switch.”

“There are questions of when and at what intensity can economic activity resume,” she said. “Labor is a derived demand. Having workers doesn’t do anything unless you have people who are willing to buy the goods and services they produce.”

Traditionally, periods of unemployment have led to increases in post-secondary enrollment, as workers seek retraining, but she noted that this recession is different because people are unlikely to gravitate to traditional campus-based programs. She also said expected public higher education to be affected by cuts in state budgets.

“I think there are some big opportunities here for thoughtful and proactive policies both in the higher education sphere and in the labor market,” Turner said. “But we need to first find a path out of the woods that addresses the public health issues.”

What’s Next for UVA’s Class of 2022? END_OF_DOCUMENT_TOKEN_TO_BE_REPLACED

How Affordable is UVA? END_OF_DOCUMENT_TOKEN_TO_BE_REPLACED