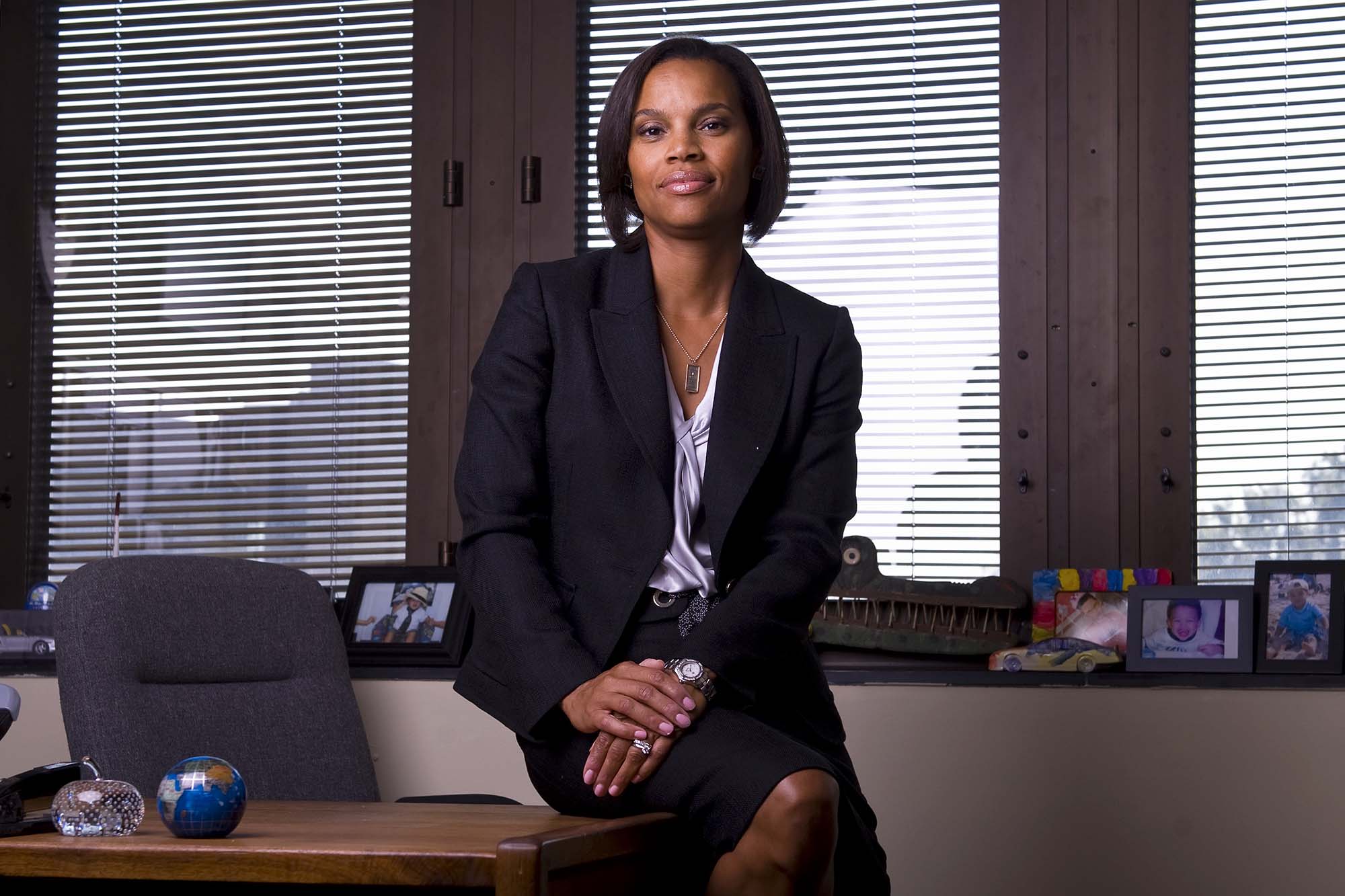 For 1995 University of Virginia School of Law graduate Karla Smith, a judge on the Montgomery County, Maryland, Circuit Court, it happened on a long bus ride to Canada in 1994.

She was riding from her family home in Rockville, Maryland, to a family reunion in Toronto, where several of her ancestors had fled on the Underground Railroad. During the journey, her cousin, a prosecutor in Montgomery County, suggested that Smith intern in the state’s attorney’s office for her second-year summer.

Intrigued, Smith decided to apply. “That’s where I got the bug,” she said.

After graduation, Smith started on the lowest rung of the prosecutorial ladder, working in the Montgomery County district court, which handles only small claims cases and criminal misdemeanors, earning $12,000 a year and living at home. After 10 months, she jumped at a better-paying job in the state’s attorney’s office for Prince George’s County and after “a hot minute” there, Smith recalled, the head of the homicide division dropped two case files on her desk and asked her to take over.

That led to a long career as a prosecu­tor, moving from juvenile court to narcot­ics, and eventually into the sex offenses unit. Montgomery County State’s Attor­ney Doug Gansler, a 1989 UVA Law graduate, brought Smith back home, where she served five years as chief of the Family Violence Division.

She then moved to the other side of the bench. Appointed first to the Montgomery County District Court by Gov. Martin O’Malley in 2012 – the first Black female district court judge in county history – Smith was elevated to the circuit court in 2015 and elected to a full 15-year term in 2016. Last year, the Maryland Daily Record named Smith one of Maryland’s Top 100 Women.

Though she entered law school never imagining that she would be a prosecutor, much less a judge, one searing early expe­rience still influences Smith today. Jody Kraus, her first-year contracts law professor, called on her every day during the first week of classes.

“I thought I was going to pass out,” Smith recalled. “But when I reflect on it, that art of learning to think on your feet really turned out to be a valu­able resource for me in the courtroom. You learn how to think and respond quickly and make cogent argu­ments.”

With extensive experience now on both sides of the bench, Smith said she has gained a unique perspective, along with a certain dose of humility.

“When you are a litigator and things are getting heated,” she said, “there is a ten­dency to think, ‘How could the judge pos­sibly have ruled that way?’ But now, being the judge, it’s very different. You weigh a lot of factors. And things are often not as cut-and-dried as you once thought they were.”

At UVA, There Is a Club for Everyone END_OF_DOCUMENT_TOKEN_TO_BE_REPLACED