Historians Explain the Motivations Behind Their Award-Winning Writings 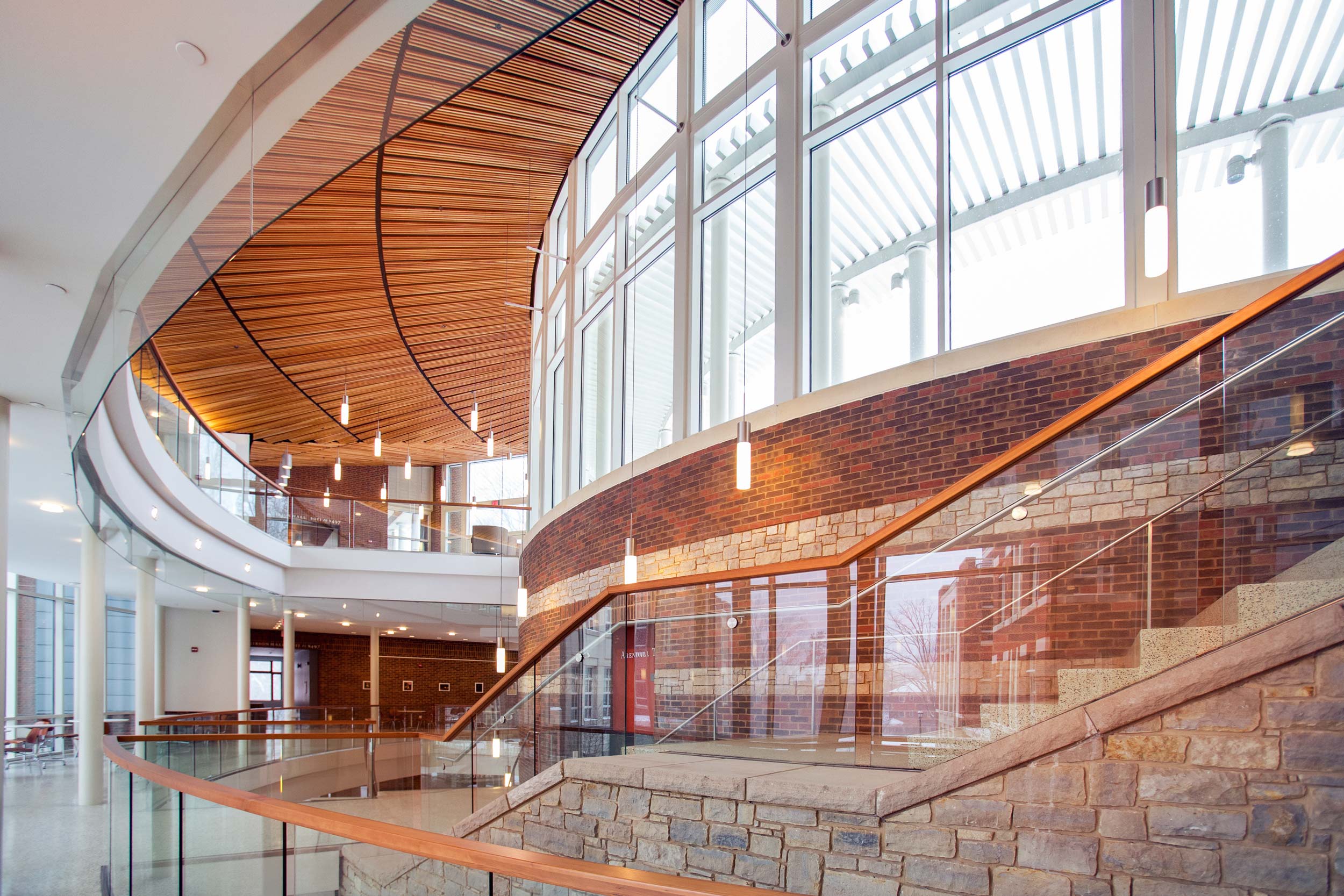 History delves into small corners and vast, sweeping places and eras, presenting new perspectives on what may be old issues or opening up new fields of research on questions that have not been fully considered.

Four members of the University of Virginia’s Corcoran Department of History have recently been honored for doing this through their research and writings.

UVAToday asked each of them to describe their award-winning work.

My book, “A Sea of Debt: Law and Economic Life in the Western Indian Ocean, 1780-1950,” blends together legal and economic history in an oceanic setting to ask: How did Indian Ocean commercial and political actors forge a legal framework that would facilitate exchanges that took place over thousands of miles?

To tell the story of law and economic life in the Indian Ocean, I grounded it in the history of the Arab sultanate of Muscat and Zanzibar, a regional empire whose rulers imbricated themselves in a cosmopolitan commercial society of Arabs, Indians and East Africans. I tell the story of the world of law that Indian Ocean merchants, moneylenders, judges, scribes and jurists forged – one that threaded together the coasts of India, Arabia and East Africa into a coherent commercial arena. 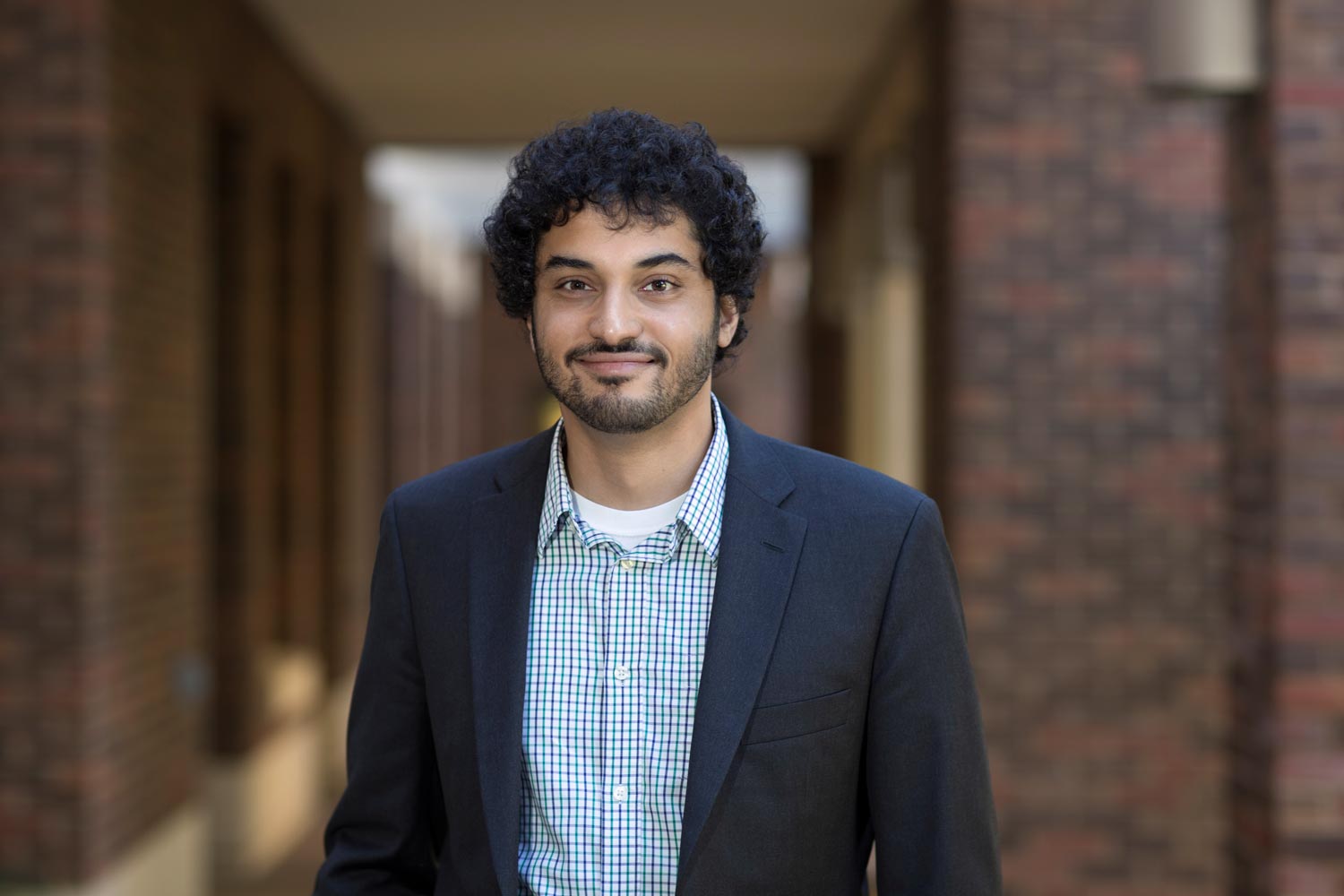 Over the course of the book, I also explore the intersections and entanglements that emerged when Indian Ocean commercial and juridical actors encountered a growing British Indian legal empire in the Indian Ocean.

I wrote “A Sea of Debt” for many reasons, some of which I have difficulty pinpointing. Two, however, immediately come to mind.

I was initially attracted to the prospect of writing something like this – truthfully, I had no idea what the book would look like at the end of it all – because of the methodological challenges that the topic posed. How does one write the history of law and commerce in a transregional setting, and in a place where the political impulses of rulers didn’t always line up neatly with the broader and more multi-dimensional worlds of commercial actors? Other authors had pursued similar questions in thinking about, say, the British Atlantic, but we had no counterpart in the Indian Ocean world, and I was drawn to the broad canvas that the project allowed me to cover.

Secondly, the project took the form it did largely out of a dissatisfaction with histories of the Indian Ocean world (and world histories more broadly) that focused too heavily on European empires – the British Empire in particular. This was especially true of the field of legal history, which with some exceptions (the field of Latin American legal history being one of them), is dominated by the Euro-American narrative. A big part of what I wanted to do was to bring to the table new sorts of sources and, more importantly, new narratives of law, commerce and empire – ones that privileged the actions and ideologies of non-European actors, and that could talk about their encounters with European empires without shifting the perspective entirely. And as it turned out Arab, Indian and African actors did leave behind a considerable amount of material to think with and write about.

I have been humbled by the generous reception that “A Sea of Debt” has gotten among my colleagues in the historical profession. It has won the J. Willard Hurst Prize, awarded by the Law and Society Association for the best book in socio-legal history; the Jerry H. Bentley Prize for best book in world history; was honored by the World History Association; and most recently, won the Peter Gonville Stein Award, awarded by the American Society for Legal History for the best book in non-U.S. legal history. All of these awards are tremendous honors that mean a great deal to a junior scholar like myself.

“Secession on Trial” is a book about a trial that never happened. It provides a 360-degree look at Confederate President Jefferson Davis’s treason prosecution. Davis’ case was supposed to be a test case on the legality of secession, the major constitutional question that animated the Civil War. The case never went to trial, however, because it threatened to undercut the legitimacy of Union victory. 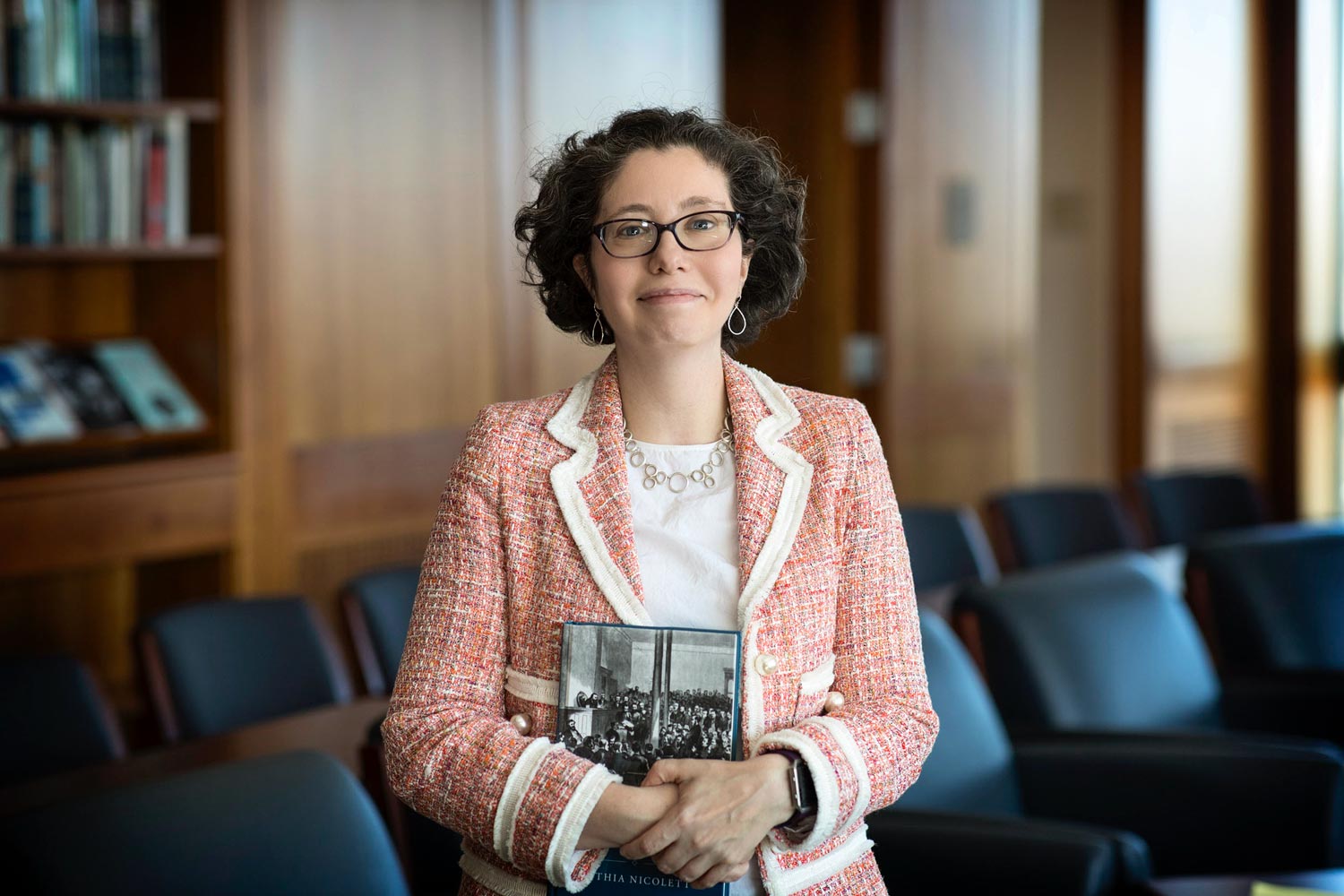 The book describes the interactions of the lawyers on both sides of the case, who saw its potential to disrupt the battlefield’s verdict against secession. In the aftermath of the war, Americans were engaged in a wide-ranging debate about whether war could – and should – act as a means of legal adjudication.

I wrote the book, which originated as a Ph.D. dissertation in UVA’s history department, with several goals in mind. First, I wanted to think deeply about one of the biggest legal questions of the Civil War – and to try to say something really new about it. Second, I wanted to tell a readable story, one that took the reader into the personalities and the mistakes and the day-to-day decision-making of lawyers in the 19th century. Lastly, I hoped to use the story about the war and this case to try to dig down into the ways Americans think about law and its ultimate place in our society. Americans who lived through the Civil War had to confront the uncomfortable realization that our most profound disagreements are likely to be ones that the legal system just cannot resolve.

In my paper, "Science, Commodities, and Corruption in the Gilded Age," I looked at a very 19th-century kind of corruption: smuggling sugar into the United States to avoid paying tariffs.

This was the period when Americans began eating sugar on the massive scale they do today, and sugar taxes provided the government with a huge fraction of its revenue. Since the taxes were charged based on how pure the sugar was, the government was obsessed with finding precise, accurate and corruption-proof ways of measuring that purity.

What I showed was that when the Treasury Department adopted scientific methods, in order to get around the problem of officials who were in the pocket of merchants and sugar refiners, it actually just made the corruption harder to spot. Now, corruption could be hidden behind the veil of scientific expertise. 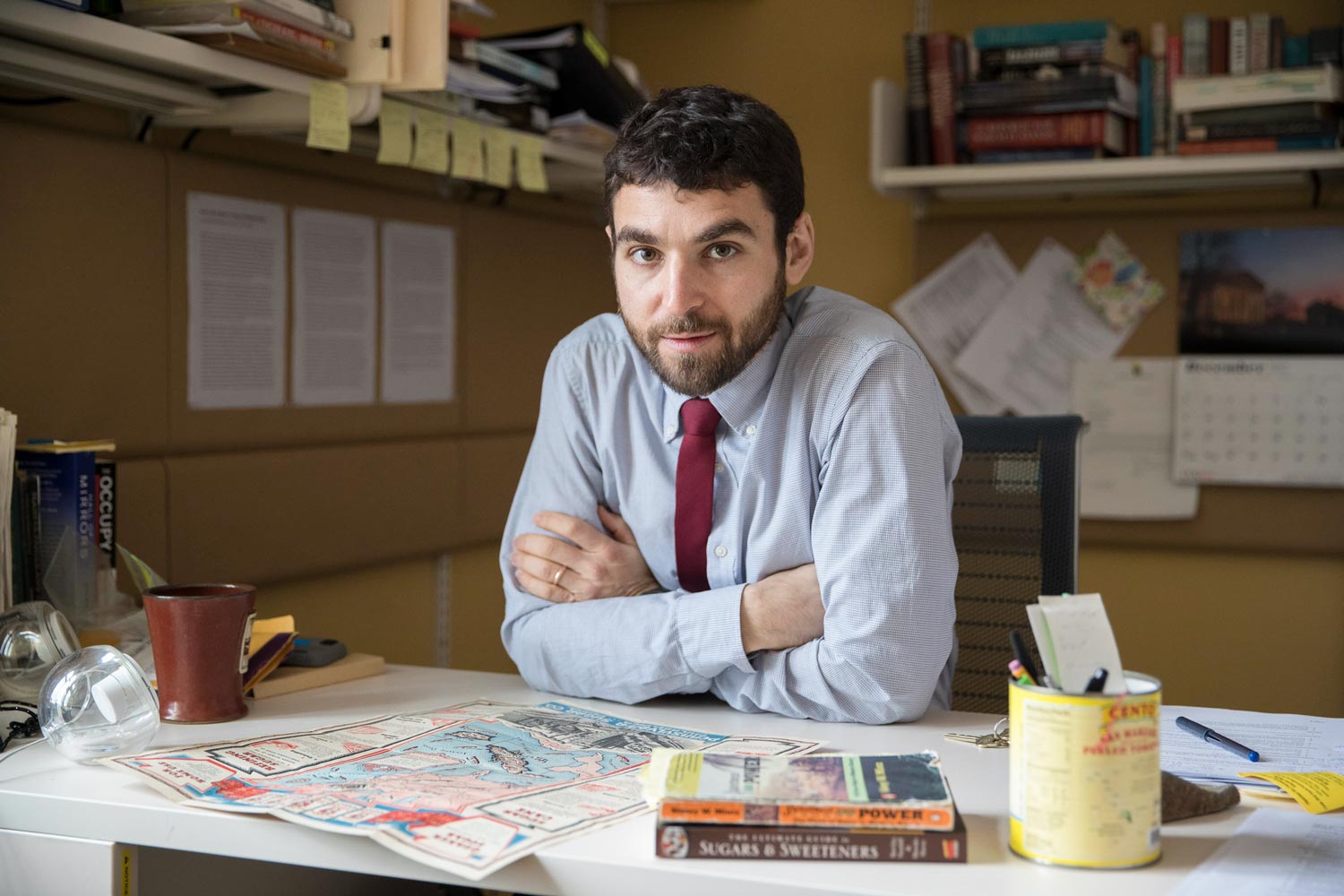 The essay was part of a special journal issue on the topic of capitalism and the Gilded Age. That subject gets more relevant every day, because the late 19th century looks like a worryingly good model for what America is experiencing now: the retrenchment of white supremacy, the re-emergence of vast economic inequality and, increasingly, some pretty blatant and squalid forms of political corruption. In fact, the real point of my small story of corruption is that it’s part of a much bigger story, in which the powerful attract even more power by attacking their opponents – especially working people – as “corrupt.”

I have received the first 1500 Penn Prize from the Treasury Historical Association. Appropriately, since the prize is named for the address of the Treasury Department’s headquarters, the winner is invited to give a public lecture in one of the building’s historic ceremonial rooms. In addition to explaining my paper’s findings, I’ll be talking about other colorful stories of corruption in the 19th century and trying to get the audience to think creatively about what corruption means today.

“The Age of Eisenhower: America and the World in the 1950s” argues that Dwight Eisenhower, our most popular post-1945 president, shaped the United States in three significant ways. 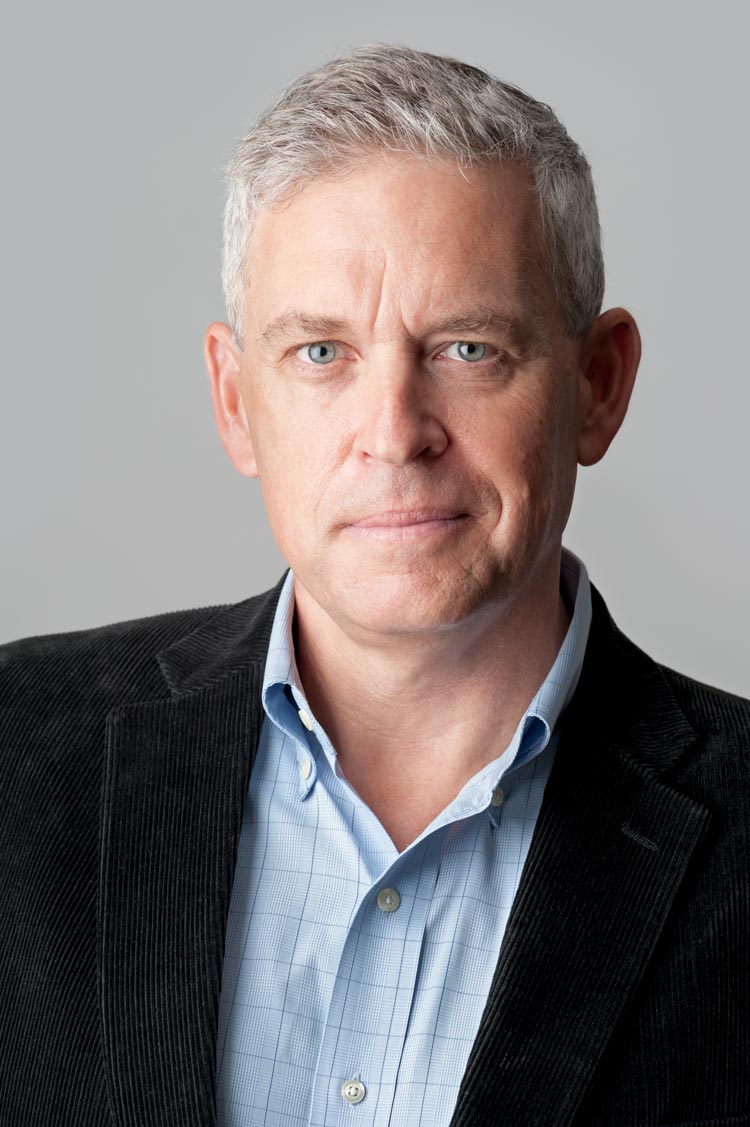 He built, at staggering cost, the immense “warfare state” that waged, and won, the Cold War; he moderated the Republican Party of his time, making it more tolerant of social programs and more internationalist than it had been in the previous decades; and he crafted a model of disciplined presidential leadership.

I wrote the book chiefly as a way to explore how the United States shaped the world order of the 1950s. I also was curious to find out what happened to the “moderate” Republican Party. Eisenhower expanded Social Security, advanced civil rights legislation, favored taxes on the wealthy and on corporations, insisted on a balanced budget and pursued a robust, alliance-driven foreign policy. In every respect, today’s Republican Party has abandoned these principles.

“The Age of Eisenhower” was a New York Times bestseller just after it was published in April and was named to the Amazon.com list of the 20 best history books of 2018.