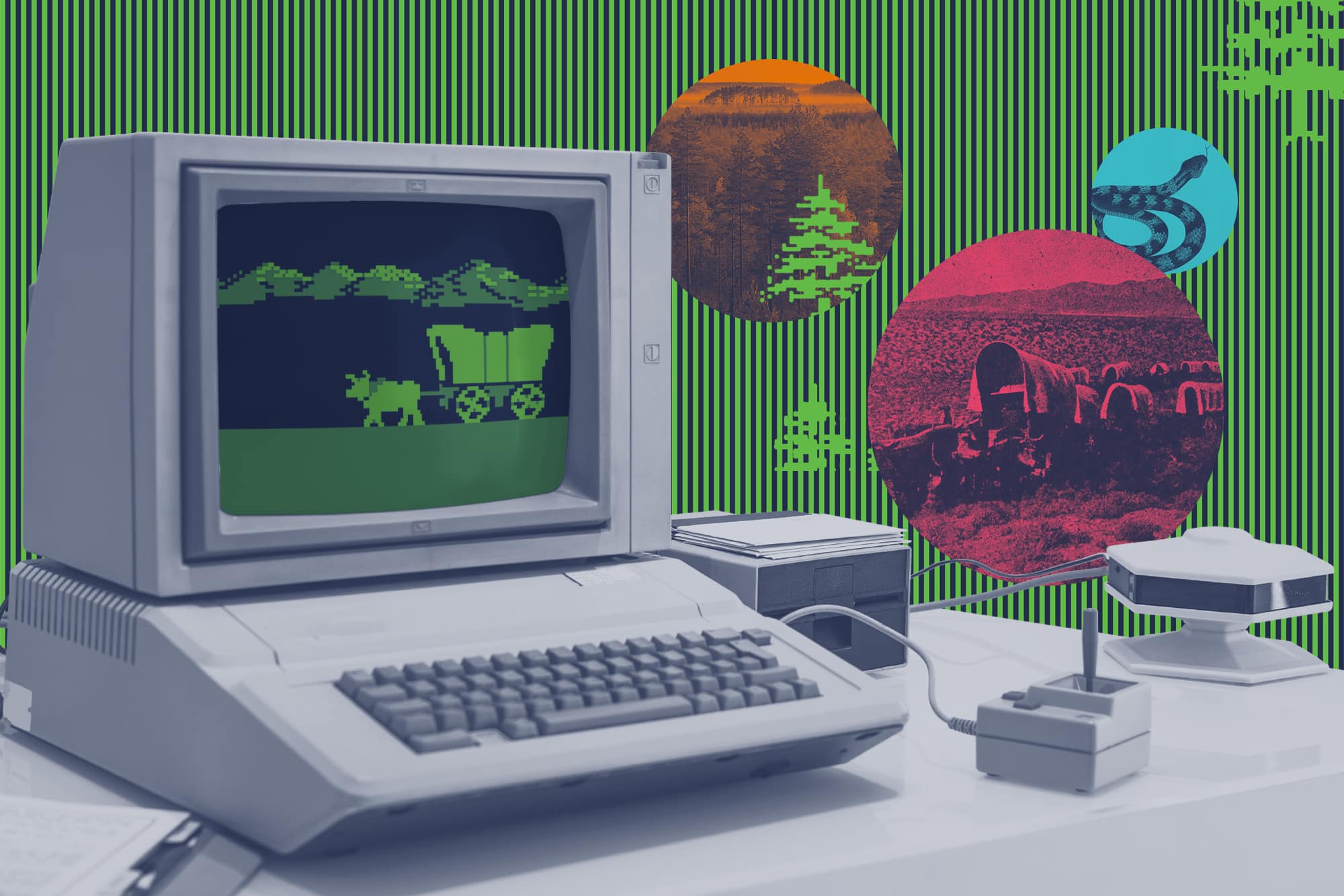 When Kevin Driscoll was a kid, he loved playing The Oregon Trail in his school’s computer lab with friends. Driscoll enjoyed the novelty of playing a video game while at school – and the fact that everyone could play together.

In the game – designed to teach children about the realities of 19th-century pioneer life on the Oregon Trail – players assume the role of wagon leaders who must guide a group of settlers. Along the way, they need to purchase supplies, hunt for food and make myriad choices.

The game ends when the player reaches Oregon, or if they die along the trail; death can occur as a result of such things as disease, starvation, lack of clothing in cold weather, snakebites and hunting accidents.

“Every kid in class had an opinion on the best strategy to use,” Driscoll, now an assistant professor of media studies at the University of Virginia, said. “I remember kids crowing about the right number of oxen to buy before heading out. And everyone could laugh at a joke about dying of dysentery. In my world, no other game was as universal as The Oregon Trail.”

As it pertained to gaming, the 1980s era that Driscoll grew up in would prove to be a transformative time.

Driscoll said the hype over personal computers was “overwhelming,” with thousands of suburban public schools purchasing PCs such as the Apple IIe and the IBM PCjr. The result was a raft of “educational software” – much of which was not created by educators at all, according to Driscoll. 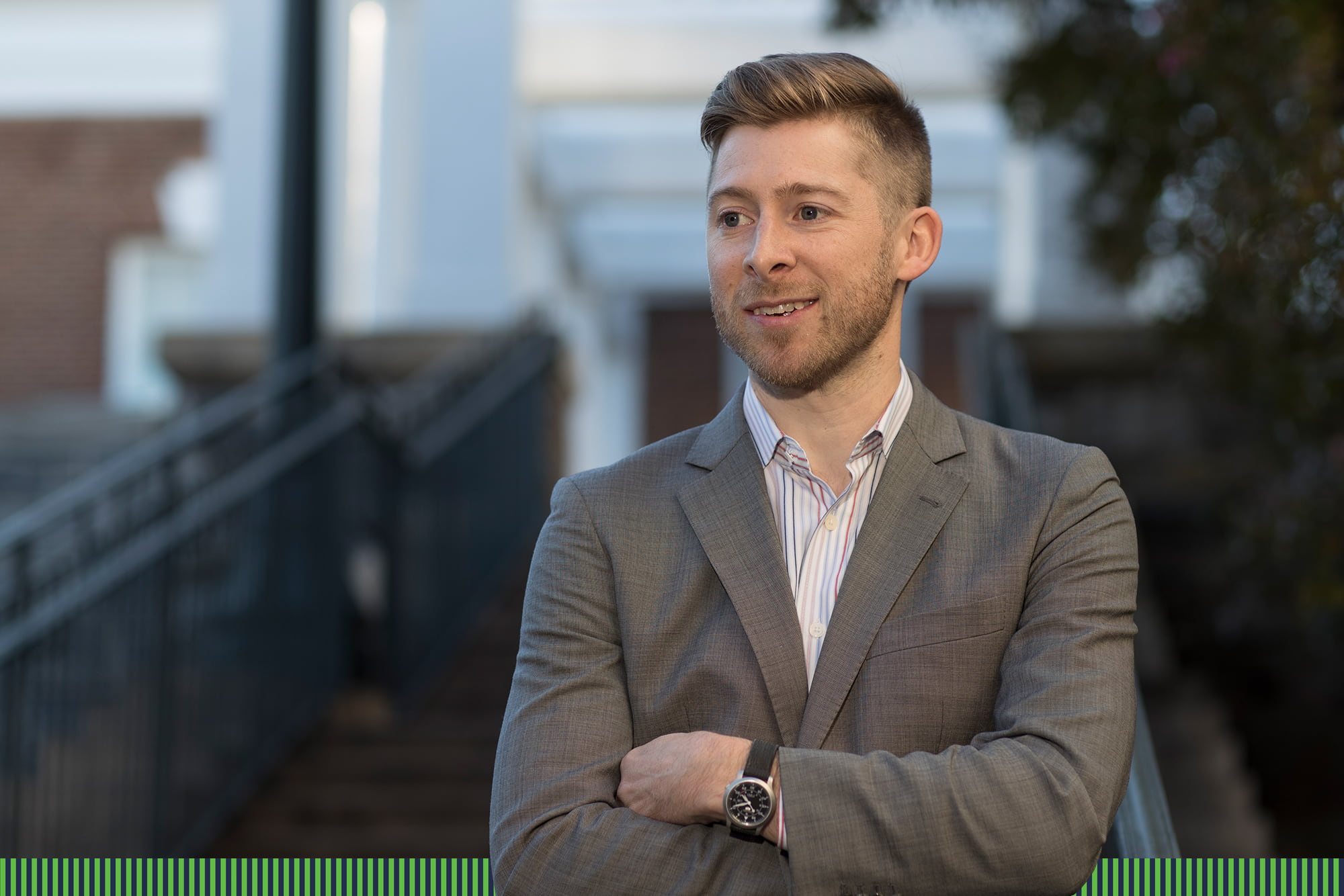 “Despite the name, personal computers were still very expensive and difficult to use,” Driscoll said. “So, while the educational benefits of classroom computers were often overstated, they did create opportunities for teachers and students to get hands-on access to technology that would have otherwise been out of reach.”

This is what led Driscoll to using The Oregon Trail – which recently celebrated its 50th anniversary – as an activity in two of his UVA courses.

In “Comparative Histories of the Internet” – the basis for Driscoll’s new book, “The Modem World,” that comes out April 19 – students learn about the role of K-12 students and teachers in the development of personal computing.

UVA Today caught up with Driscoll to learn more.

Q. Why did you choose to use The Oregon Trail in your Comparative Histories of the Internet course? How did you feel it tied in?

A. The goal of the class is to examine different ways of telling the history of the internet. The Oregon Trail gives us an opportunity to learn about the contributions of educators, parents and kids. Before class, we read a piece by historian Joy Lisi Rankin about the pioneering use of time-sharing computers by universities and K-12 schools during the 1960s and 1970s. In many cases, the users of early educational networks developed techniques that would only appear many years later on commercial services.

I also assign The Oregon Trail when I teach History of Media, a required course for all media studies majors. Students learn to think critically about continuity and change across global media systems and texts. We examine early newspapers, listen to radio dramas and watch classical Hollywood films.

Now, we also investigate interactive media such as PC software and video games. Beyond the content or mechanics of a game like The Oregon Trail, we also want to think about how the code was written, how it was turned into a product, distributed to schools and, eventually, preserved for us to play in the present.

Q. From an educational software standpoint, why was the game so important? How did K-12 students and teachers play a role?

A. The Oregon Trail was initially developed for use in a middle school classroom. Later, through the work of the Minnesota Educational Computing Consortium, other teachers adopted the game for their own classes. In the 1980s, graphics were added, and The Oregon Trail was packaged and sold for home computers such as the Atari 800 and Commodore 64. The version that I encountered in the school computer lab was released for the Apple IIe in 1985. (Today, Driscoll’s students use an emulator to run this software in their browsers.)

Q. Were your students familiar with the game prior to the class? What kind of feedback did you get from them?

A. Yes, I find that UVA students are generally familiar with The Oregon Trail. It's up there with Tetris or Pokemon or The Sims. For this reason, I ask them to also experiment with some of the less well-known programs published by the Minnesota Educational Computing Consortium. A personal favorite of mine is Odell Lake, a delightful simulation about the lives of freshwater fish.

Q. Do you agree with some people who believe The Oregon Trail may have been the most influential video game ever created?

A. This would be a fun late-night dorm room debate. The annoying “professor move” is to answer your question with another question: influential to whom and in what ways?

My hunch is that the legacy of The Oregon Trail is less about its educational goals or game mechanics and more about a cohort of young people discovering together that computers could be colorful, noisy and fun. It's about several million kids messing with floppy disks at school and learning to hunt-and-peck on a QWERTY keyboard. Those same kids grew up alongside the dotcom boom, the participatory web and the platforms that we rely on today.

A. Software like The Oregon Trail is an important part of our cultural heritage. For this reason, it is urgent that we make software preservation an institutional priority. Today, I can bring The Oregon Trail to my students thanks to the work of enthusiasts who have recovered the data from old disks and produced faithful simulations of old computers. Yet this vital work still exists in a legal gray area.

Fortunately, there is a growing recognition of the need to preserve historical software and make it accessible for the future. For anyone who shares these concerns, I suggest reaching out to the Software Preservation Network, of which the University of Virginia is a member.

It’s Copperhead Season in Virginia. Here Is What You Need to Know END_OF_DOCUMENT_TOKEN_TO_BE_REPLACED

What’s Next for UVA’s Class of 2022? END_OF_DOCUMENT_TOKEN_TO_BE_REPLACED