How Might the COVID-19 Recession Affect Your Health? An Economist Explains. 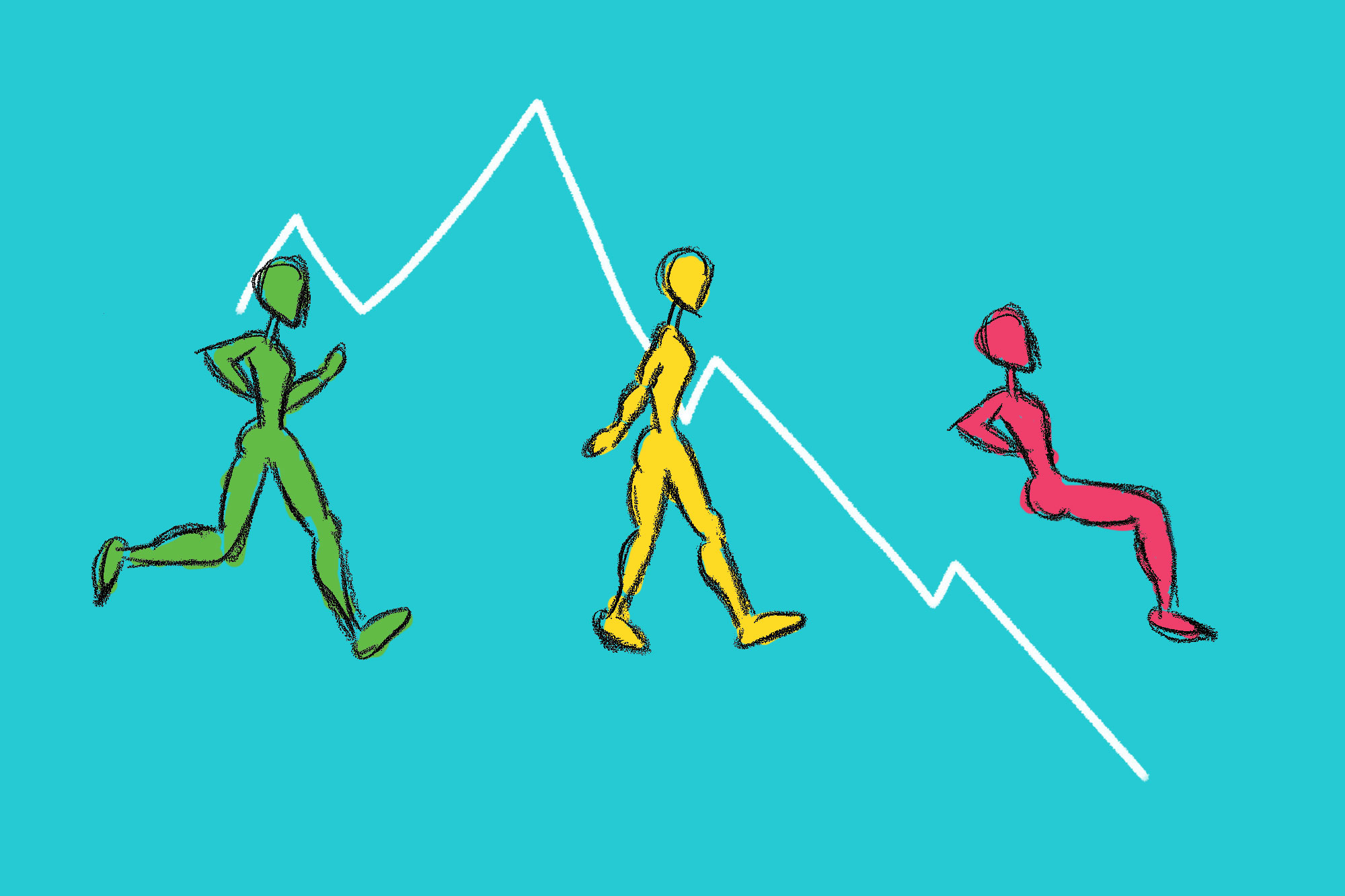 Recessions may be good for overall physical health, but this one could be different.

Christopher J. Ruhm, a professor of public policy and economics at the University of Virginia’s Frank Batten School of Leadership and Public Policy, presented an online talk Wednesday offering an economist’s view of the overall health effects of the COVID-19 recession. His talk was the school’s third installment of its expert chat series about COVID-19.

Previous Batten chats explored the roles of resilience and global humanity in the crisis.

After his talk, Ruhm fielded questions from his viewers.

Based in part on research he conducted on the effects of economic ebbs and flows on unemployment and morbidity rates over the past 50 years, Ruhm said that while physical health may improve during typical recessions, mental health may suffer. He also noted he was looking at population-wide averages, and that individual workers may suffer distressed health due to unemployment.

“If we look at all deaths, when the unemployment rate went up by one percentage point, deaths went down by a half of a percentage point,” Ruhm said. “That was true for heart disease deaths as well, and there was a very big reduction in deaths by vehicle and other accidents. On the other hand, suicide deaths went up. One interpretation of this is that in bad economic times, in recessions, physical health improves, while mental health does not.”

But Ruhm thinks this trend may be challenged in the current recession because of some of its unique properties.

“Leisure time exercise often increases when the economy deteriorates, as people have more time available,” Ruhm said. “That is going to be harder now, because gyms are closing and many people are operating on stay-at-home orders.”

Ruhm said suicides and mental health problems increase in bad economic times, and that could be worse in the current situation because it is harder for people to access normal social supports.

“For a lot of people, it is meeting with their friends, going to their churches and other social activities that help to support their mental health,” Ruhm said. “That is clearly a much more difficult issue for many people in this time and something to be concerned about.”

Ruhm said mental health has been traditionally under-emphasized relative to physical health, partially because it is much harder to measure. But he thinks that mental health will get more attention in this COVID-19 recession.

“I think the issue of how we provide those supports is an important one in any economic downturn,” Ruhm said. “It is even more important in this one, where some of the normal social supports aren’t there. I think there is an attempt, certainly at UVA, to respond to some of the mental health issues that some of our students and employees may have.”

Some of the physical and mental stress for those losing jobs in the current recession may be eased by increases in unemployment compensation.

“We are seeing dramatic increases in the financial support for the unemployed,” Ruhm said. “The unemployment insurance system has been made considerably more generous, both in the amount of money people are going to receive and who is eligible for benefits. It is hopeful that this will offset those effects, but we don’t know.”

Ruhm also said with the unique nature of the current recession, people may be less stigmatized by unemployment.

“There is often a stigma to being unemployed, or people feel there is a stigma, and that can lead to other negative health effects,” Ruhm said. “It may hopefully be true that it will be less stigmatizing in this situation, where we have so many more people becoming unemployed for reasons that are clearly no fault of their own.”

Ruhm noted that society faces dual threats from the recession and from the coronavirus.

“We know that we are driving the economy into a recession through the policies we have created,” he said. “I think it may be the first time in history that we are deliberately creating a recession, not because we want to do so, but because this health threat is so real.”

He said he does not see a trade-off yet between the economy and the health threat.

“If we were to end this period where people are staying at home, the number of deaths would dramatically increase,” he said. “We would also see other disruptions; people would be absent from work because they are sick, and they would be afraid to engage in market activities.”

He said the tricky part is determining how to slowly restart the economy and what procedures need to be in place.

Ruhm said vulnerable groups in society are being hit harder than others, and society needs to look at protecting their health beyond the current crisis. He said deaths related to the COVID-19 virus are likely being underreported, and some people may not be seeking treatment for other ailments because they fear contracting the COVID-19 virus in medical settings.

“One story I read this morning was how doctors and hospitals were reporting a big reduction in people who are showing up in the emergency room for conditions where they normally would –  for instance, for heart attacks,” he said. “It is probably true we have people who have those kinds of conditions who are thinking it is too risky to go to the emergency room, particularly when they are unsure of their health problem. And there are going to be negative health effects there that we are not measuring.”

Economists will study this situation for years, sorting through questionable data of death rates, to help prepare for future pandemics, Ruhm said.

He closed his discussion praising the Center for Disease Control and the job it has done in response to earlier health threats.

“I think better surveillance systems are one of the keys in future pandemics and outbreaks,” Ruhm said. “This is one of the functions of the Centers for Disease Control and Prevention, and I think historically they have done a really good job with that. We need to recognize and support the importance of the CDC for being able to serve its function that will be very important going forward.”

Batten’s next online expert chat, on April 15, will focus on technological innovation during the pandemic.

Monkeypox Is Spreading, But University’s Risk Believed To Be Low END_OF_DOCUMENT_TOKEN_TO_BE_REPLACED

Q&A: Assessing the Risks and Rewards of Pelosi’s Plan to Visit Taiwan END_OF_DOCUMENT_TOKEN_TO_BE_REPLACED

These Giant Wind Turbines, Inspired by Palm Trees, May Be the Future of Renewable Energy END_OF_DOCUMENT_TOKEN_TO_BE_REPLACED