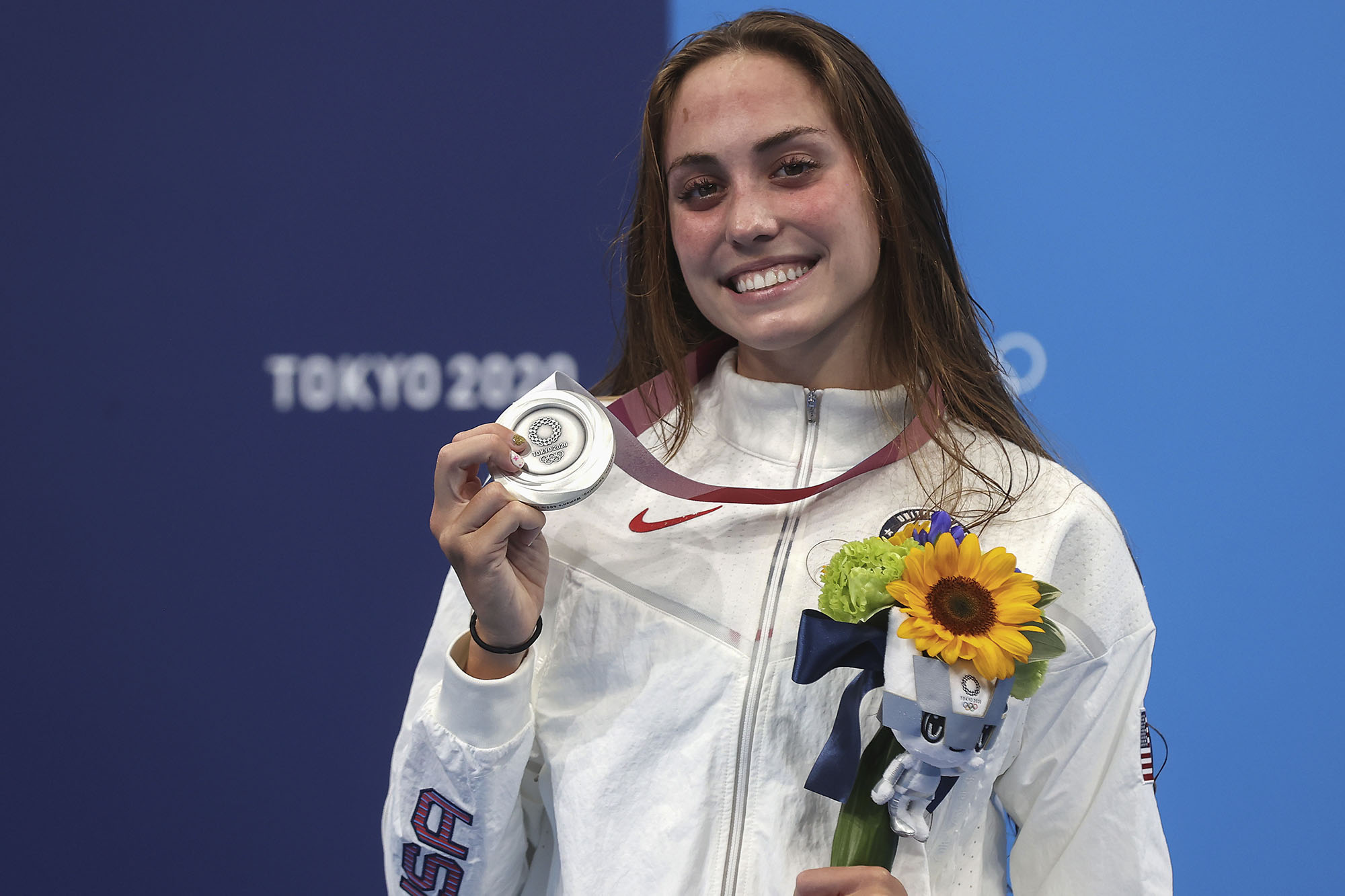 Incoming University of Virginia student Emma Weyant has been a huge fan of pop star Taylor Swift ever since Weyant was a young swimmer.

One of her prized possessions is a beach towel she purchased during one of Swift’s world tours.

Weyant has brought the towel – which is black and has “The 1989 World Tour” printed in florescent pink and blue – to every one of her swim meets for as long as she can remember.

So the Sarasota, Florida native – a Scholastic All-American and member of the National Honor Society at Riverview High School – wasn’t about to stop the tradition at this summer’s Olympics in Tokyo.

On Sunday morning, Weyant had the towel with her in her dressing room as she prepared for her first Olympic final. Then, for good measure, she played the Swift album, “Reputation,” on shuffle as she walked toward the pool.

“I think the last song that played was ‘Ready For It,’” Weyant said in an interview with NBC Sports. “And I thought that was fitting.”

Moments later, Weyant won the silver medal in the 400 individual medley. Her performance was the highest individual finish by a Cavalier women's swimmer in Olympic history.

“Honestly, this is like crazier than anything I could have dreamed of,” Weyant said after her race. “I’m just so happy to be here, to race the best in the world. It is so much fun.”

Weyant will be a first-year student at UVA this fall. She deferred her enrollment until then in order to train for her shot at Tokyo.

Teammates in the pool and on the podium. #TokyoOlympics pic.twitter.com/MisYGxLh3c

Emma Weyant is on the podium tonight, earning #silver in the women's 400m Individual Medley.

She deferred her enrollment to @UVASwimDive so she could focus on training for #Tokyo2020. Here's what head coach @ToddDeSorbo had to say about that. pic.twitter.com/82WaK3eEGC

Tune in to the @TODAYshow this morning to hear from these medalists! pic.twitter.com/LHssz6zUFu