It’s Engagement Season. This Alum and ‘Shark Tank’ Winner Has the Dress You Need 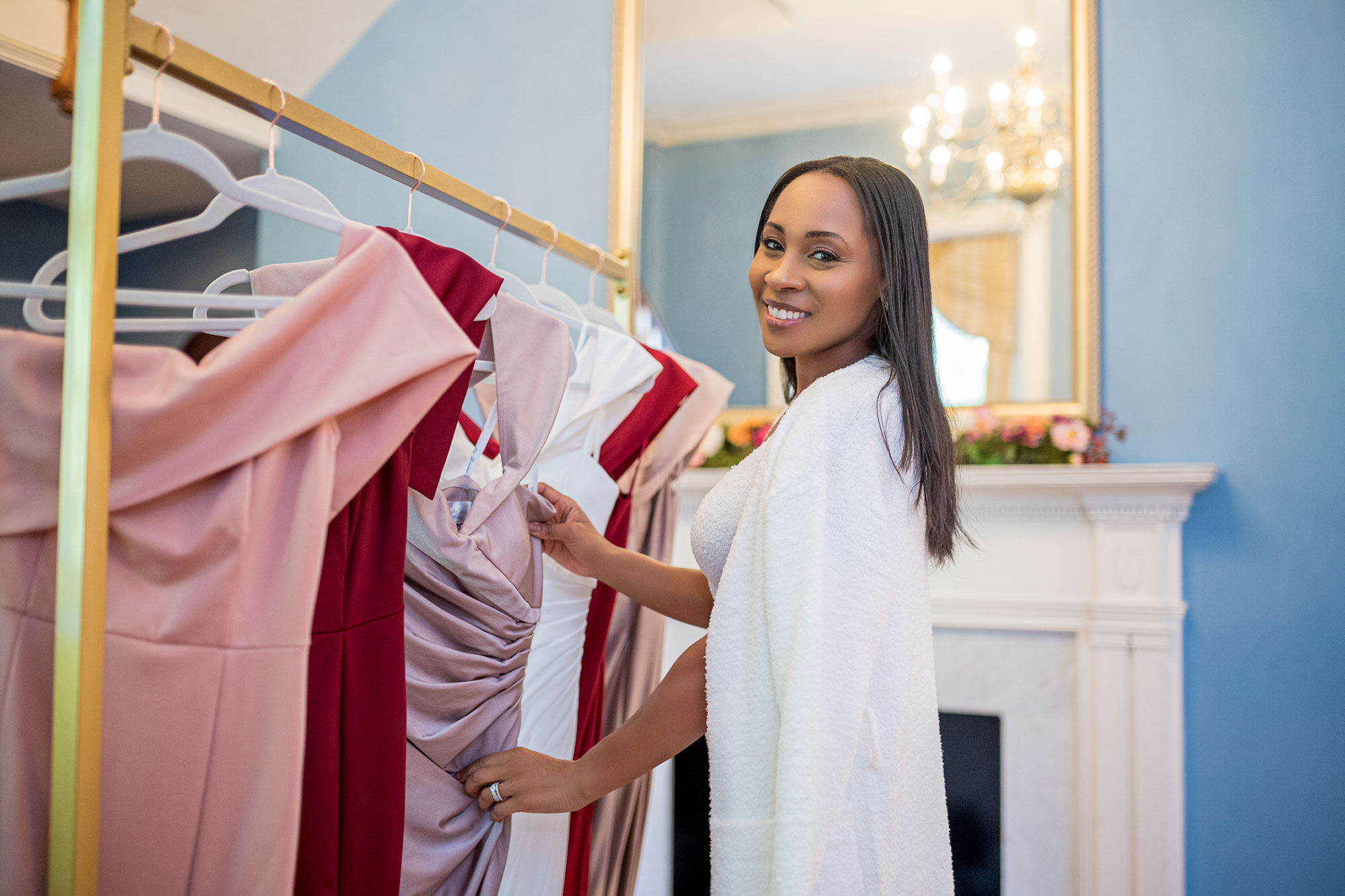 Ashley Young’s business, Bridal Babes, is booming. The 2009 graduate hopes to corner the market on form-fitting, flattering gowns for all shapes and sizes. (Photos contributed by Ashley Young)

Forty percent of engagements in the United States happen between Thanksgiving and Valentine’s Day, with December being the peak month, according to a survey by WeddingWire.

So, if you or someone you know just said “Yes,” and is in the throes of wedding planning, you might want to tell them about an innovative new company started by a 2009 University of Virginia graduate.

McIntire School of Commerce alumna Ashley Young is the founder of Bridal Babes, a firm that creates bold, curve-hugging designs for bridesmaids’ dresses and wedding gowns. If the company sounds familiar, that’s because it recently got a huge cash infusion on “Shark Tank,” a reality television show where financiers, or “sharks,” bid on emerging businesses.

Ashley and her co-founder and husband Charles appeared on the show in the fall, seeking $250,000 in exchange for 10% equity of their firm. During their appearance, Ashley told the sharks, “Bridal Babes offers gowns in inclusive sizing, which we pride ourselves on, and a wide range of shades that really pop on all skin tones.”

The key, she said, is a special fabric that looks like satin, but stretches and drapes attractively over curves.

Dresses for All Women

Ashley Young got the idea for her company after planning her own wedding in 2016. She and Charles were having a destination wedding in Mexico and the bridesmaid dress shopping wasn’t going well.

“I wanted my girls to have dresses that were form-fitting, almost like an evening gown, not like a standard bridesmaid dress,” she said. “I literally could not find anything in the size range that I needed, which was size 4 all the way to size 22 and 24.”

In the end, she worked out a solution and outfitted her bridesmaids in beautiful coral, non-traditional dresses. “After that, I just knew that there should be an easier way to find bridesmaid dresses that were not the standard flowy tulle, pastel, chiffon style that you normally see,” she said.

Young credits a UVA class for helping her make Bridal Babes a success. “I took Jack Lindgren’s advertising class in the Comm School and fell in love with advertising,” she said.

“It was instrumental because I was able to understand the importance of marketing and advertising. It really is the thing that drives the business. Of course, the product has to be great, the customer service has to be great. But if you don’t have marketing, you have this business and nobody knows about it.”

“People are like, ‘Oh my gosh, it’s 2023, I’m getting married in six months. Let me hurry up and tell my girls to get their dresses,’” she said.

Bridal Babes has just unveiled a new bridal collection that features gowns, jewelry and more. The bridesmaid dresses start at around $100, with some selling for more than $300. The Sasha Gown is a bestseller, as are the ruffled bridal party robes.

Although Bridal Babes was launched with multicultural women in mind, Young said she’s realized the brand is attractive to all women.