Jane Walentas: Champion of Arts and First-Gen Scholarships at UVA 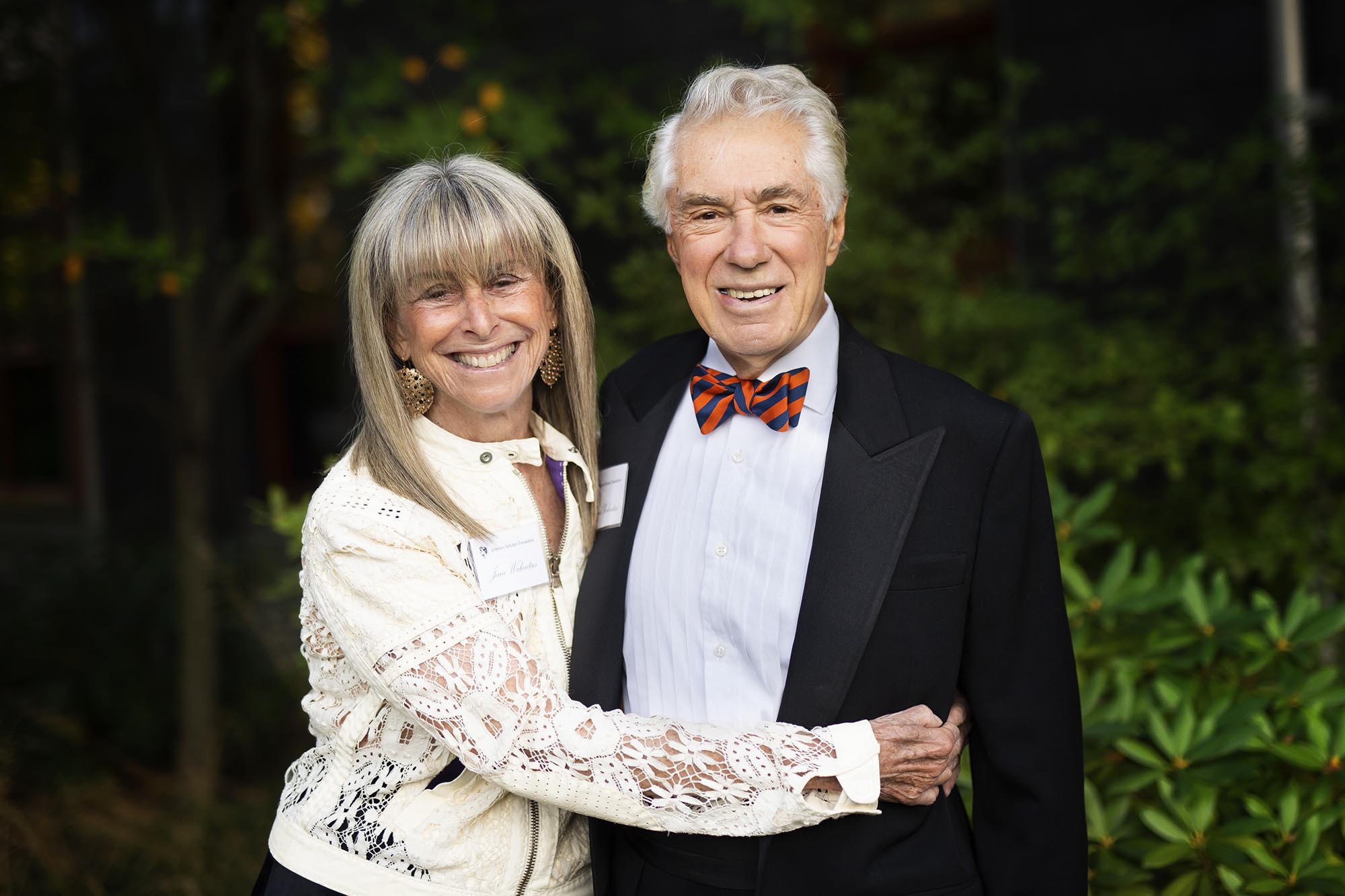 Jane Walentas was a woman of many layers. She was an accomplished artist whose quiet, thoughtful manner disguised an inner core of grit and determination. When she died July 5 in her Southampton, New York,home, following a fight with cancer, she passed on a legacy as a discerning philanthropist who made it possible for others to achieve success and experience the exhilarating beauty of art.

In October, she and her husband, David, made a landmark gift of $100 million to the Jefferson Scholars Foundation at the University of Virginia that will fund scholarships for first-generation students at UVA. David Walentas is a 1961 alumnus of UVA and 1964 graduate of the Darden School of Business.

“Jane Walentas, whom I had the good fortune to know for over 30 years, was a remarkable and very talented woman,” said Jimmy Wright, president of the Jefferson Scholars Foundation, which directs the premier undergraduate scholarship and graduate fellowship programs at UVA. “A visionary artist, she recreated over the course of 27 years an iconic carousel that now resides in DUMBO, the neighborhood she and her husband developed [in Brooklyn]. The Jefferson Scholars Foundation will be eternally grateful for all that Jane did to make the world and the foundation better.”

Wright noted that Jane and David made an exceptional team. “He always referred to her as his ‘foxhole buddy,’” Wright recalled. “David always acknowledged that without her he could not have been successful.”

Jane Walentas earned a bachelor’s degree in fine arts from Moore College of Art & Design in Philadelphia and a Master of Fine Arts degree from New York University. From 1970 to 1983, she worked for Estée Lauder and served as the company’s creative director. In 2005, she helped launch the Visionary Women’s Scholarship program at Moore to assist women in pursuing careers in art and design, and in 2019, she and her husband provided a $5 million gift for the program’s scholarships.

Jane’s Carousel, a much-beloved waterfront fixture in the DUMBO neighborhood in Brooklyn, was Jane Walentas’s all-encompassing life project and a masterwork of restoration. After the couple bought the 1922 carousel at auction in 1984 for $385,000, she spent 27 years scraping away layers of paint and grime and meticulously documenting every step of the process. She worked mostly solo in a drafty studio, armed with little more than X-acto knife and a vision, to recreate the original in all its shimmering glory. After years of painstaking work, the carousel, which sits on the East River in Brooklyn Bridge Park, opened to the public in 2011. Jane Walentas also founded the Friends of Jane’s Carousel and served as executive director until her death. 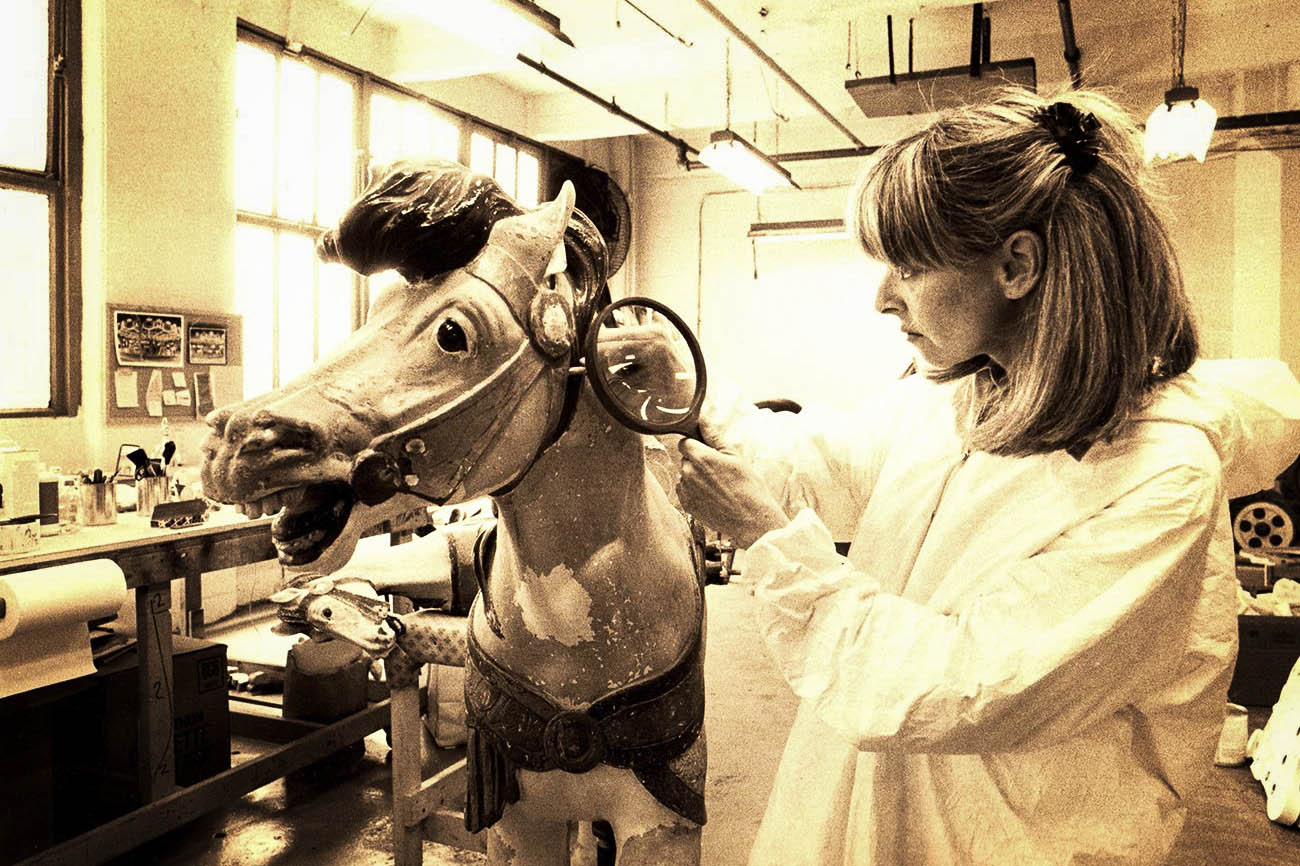 The couple’s gift to UVA supports two of the University’s top priorities: student access and faculty excellence. David Walentas, a top New York real estate developer and one of the nation’s most successful self-made entrepreneurs, was the first in his family to attend college. The bulk of the gift is committed to scholarships and fellowships for first-generation students, with additional funding dedicated to fellowships and professorships through the Jefferson Scholars Foundation and Darden School of Business.

The Walentas Scholars at the Jefferson Scholars Foundation will identify and attract first-generation undergraduate students from Virginia; from Rochester, New York, where David Walentas grew up; and from New York City, where he built his real estate business. Schools in these areas will be invited to nominate candidates to compete for the scholarship each year, beginning in the fall of 2021. The first class of Walentas Scholars will arrive in the fall of 2022.

“Jane Walentas and her husband, David, shared a passion and commitment for providing opportunities for others to improve their lives and pursue their ambitions through higher education,” UVA President Jim Ryan said. “The gift will bolster the University’s growing efforts to enroll and support first-generation students and will have an enduring impact on the University of Virginia and on those who attend it.”

For All of Us END_OF_DOCUMENT_TOKEN_TO_BE_REPLACED