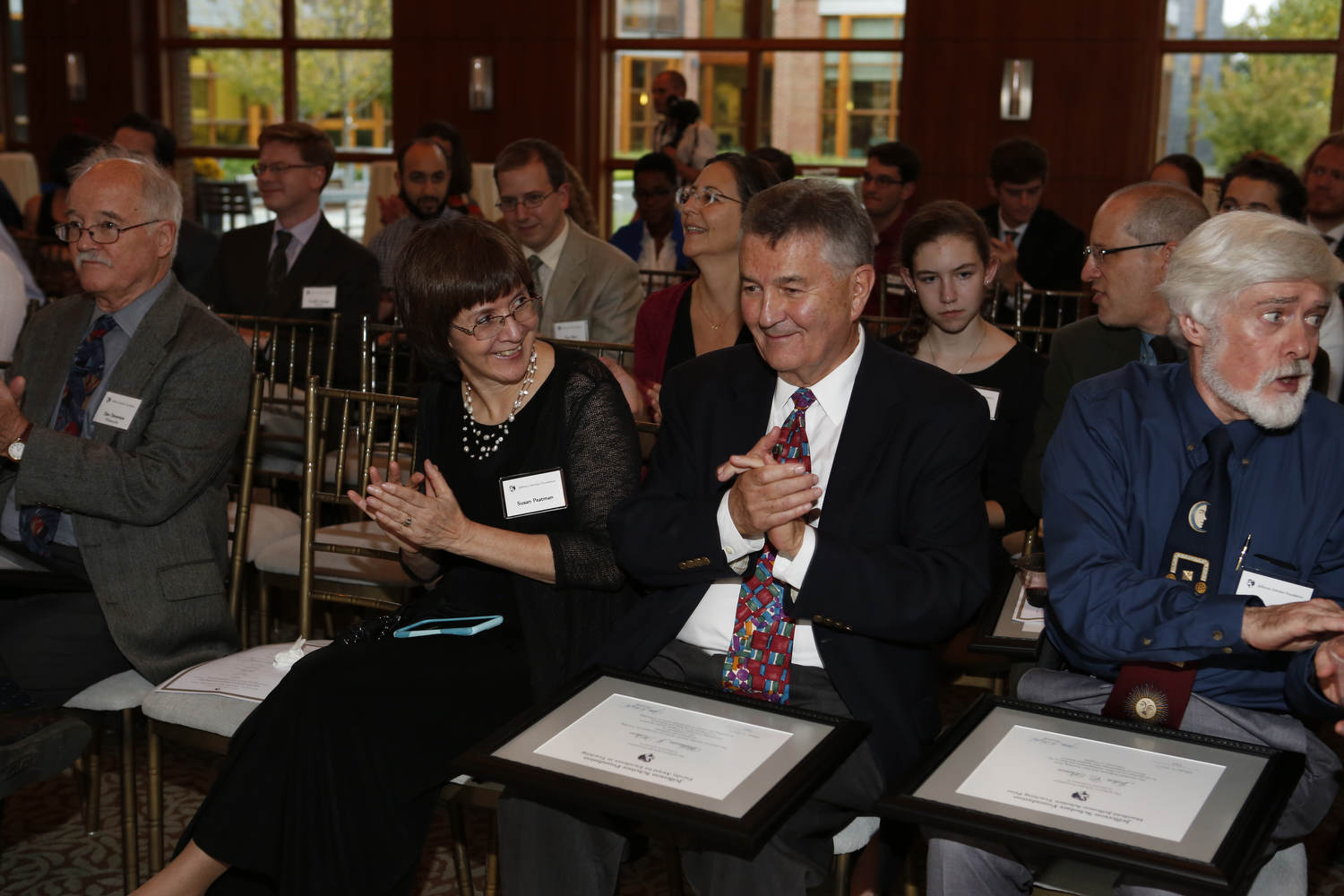 Nine University of Virginia faculty members across eight academic departments were recognized Friday for their exceptional commitment to classroom teaching at an awards ceremony at the Jefferson Scholars Foundation.

The foundation, which has long provided scholarships for outstanding undergraduate and graduate students, continues to expand its efforts to recognize excellence at the University. Over the last 10 years, the foundation has established three different faculty award programs. To date, nearly $400,000 has been awarded to approximately 40 faculty members in the College of Arts & Sciences, the Frank Batten School of Leadership & Public Policy, the McIntire School of Commerce, the School of Engineering and Applied Science and the School of Medicine.

Michael Timko, professor of biology and director of the Echols Scholars Program, received the Jefferson Scholars Foundation Faculty Prize, which is voted on by Jefferson Scholar alumni and celebrates a faculty member’s commitment to leadership, scholarship and citizenship – the same criteria used in the selection of Jefferson Scholars.

Five members of the Engineering School faculty received Hartfield Teaching Prizes. Each year, the Jefferson Scholars Foundation invites students and faculty to nominate members of the faculty who exemplify the highest standards and practices of learning.

Three faculty members received the Award for Excellence in Teaching, which recognizes faculty members who have endeavored selflessly to instill in their students the virtues of scholarship and love of learning. The foundation invited department chairs from across the University to nominate full-time faculty members for this award.

Monkeypox Is Spreading, But University’s Risk Believed To Be Low END_OF_DOCUMENT_TOKEN_TO_BE_REPLACED

This Alum Is Living His Best Life on the Road, One State at a Time END_OF_DOCUMENT_TOKEN_TO_BE_REPLACED

These Giant Wind Turbines, Inspired by Palm Trees, May Be the Future of Renewable Energy END_OF_DOCUMENT_TOKEN_TO_BE_REPLACED