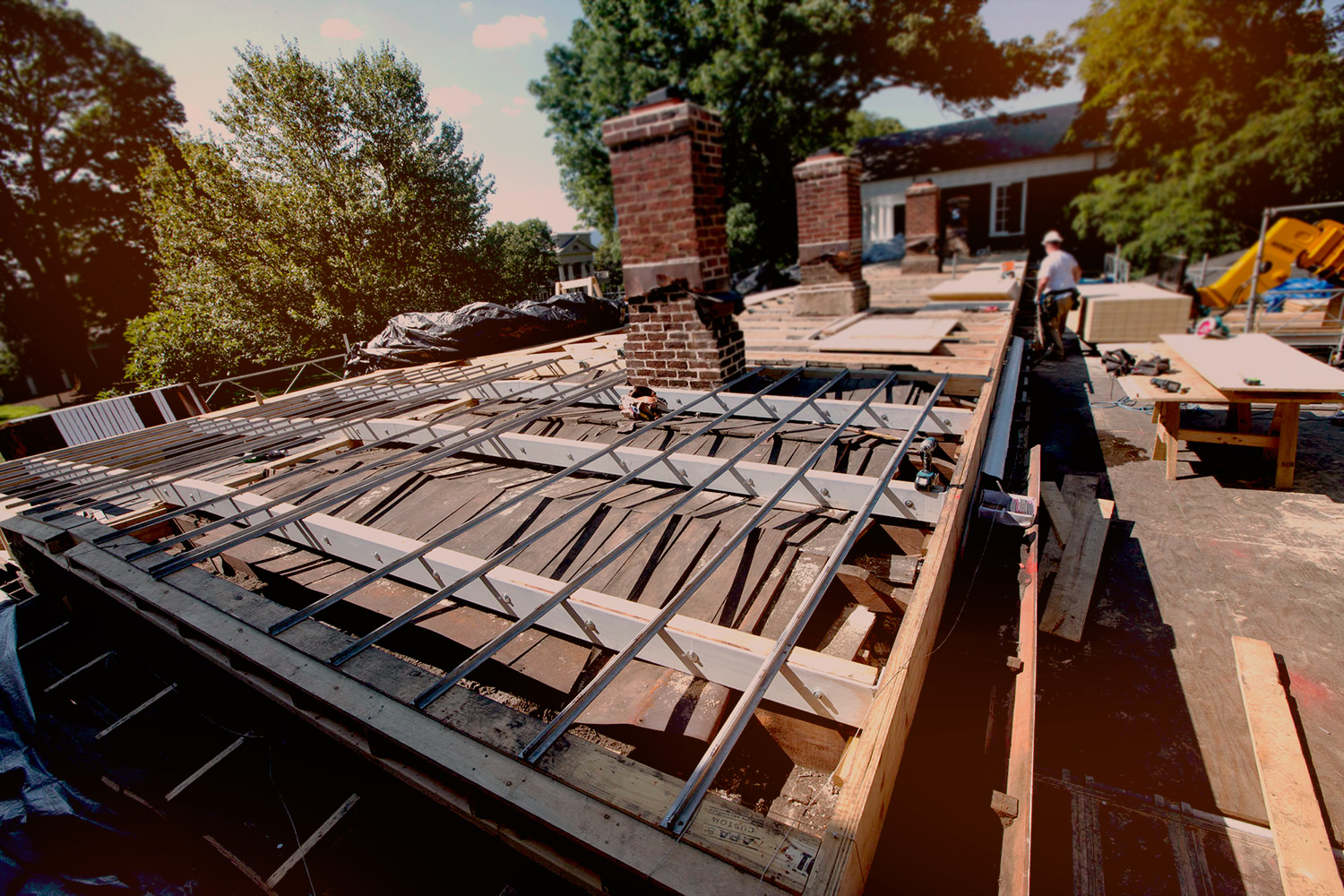 “Jefferson liked flat roofs, so he designed a serrated roof covered with a deck,” said James D.W. Zehmer, historic preservation project manager with UVA’s Facilities Planning & Construction Department. “The water was supposed to run through the deck boards and into the valleys of the wood roofs.

“Unfortunately, it leaked within 10 years.” 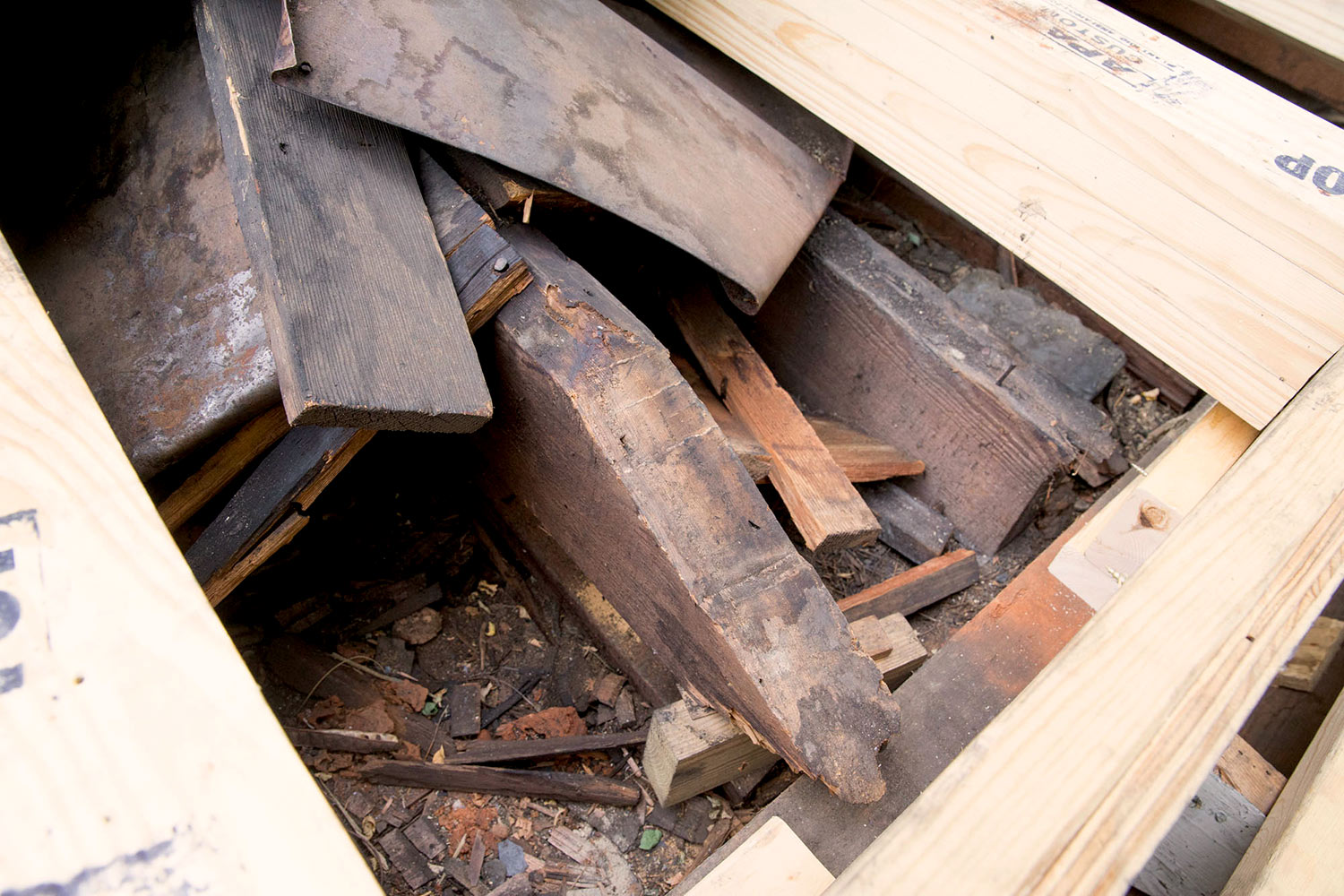 In the 1830s, University carpenters installed pitched slate roofs over the Jeffersonian roofs, which had two effects: They stopped the leaks, and they covered and preserved the originals.

Nearly two centuries later, crews working this summer between Pavilions V and VII are restoring the appearance of Jefferson’s original design with contemporary materials, while continuing to protect the original materials. The first Jeffersonian roofs were made of heart pine; the new roofs will be sheets of plywood sheathing with a rubber membrane glued to it, with one-inch-thick sleeper joists supporting decking made of Brazilian walnut.

“This is a wood that is very resistant to rot and insect damage,” Zehmer said. “And it dulls to a weathered grey. We will not be painting the deck boards.”

The University replaced a similar section of roof between Pavilions VII and Pavilion IX in 2010.

“We’ve seen different roof systems on the Lawn,” Zehmer said. “It could be that Jefferson was experimenting, or his carpenters were. They wanted to see what was the best system and they learned as they went along.”

Among the variations were long boards overlapping each other and shingles with grooves carved in them to channel water. 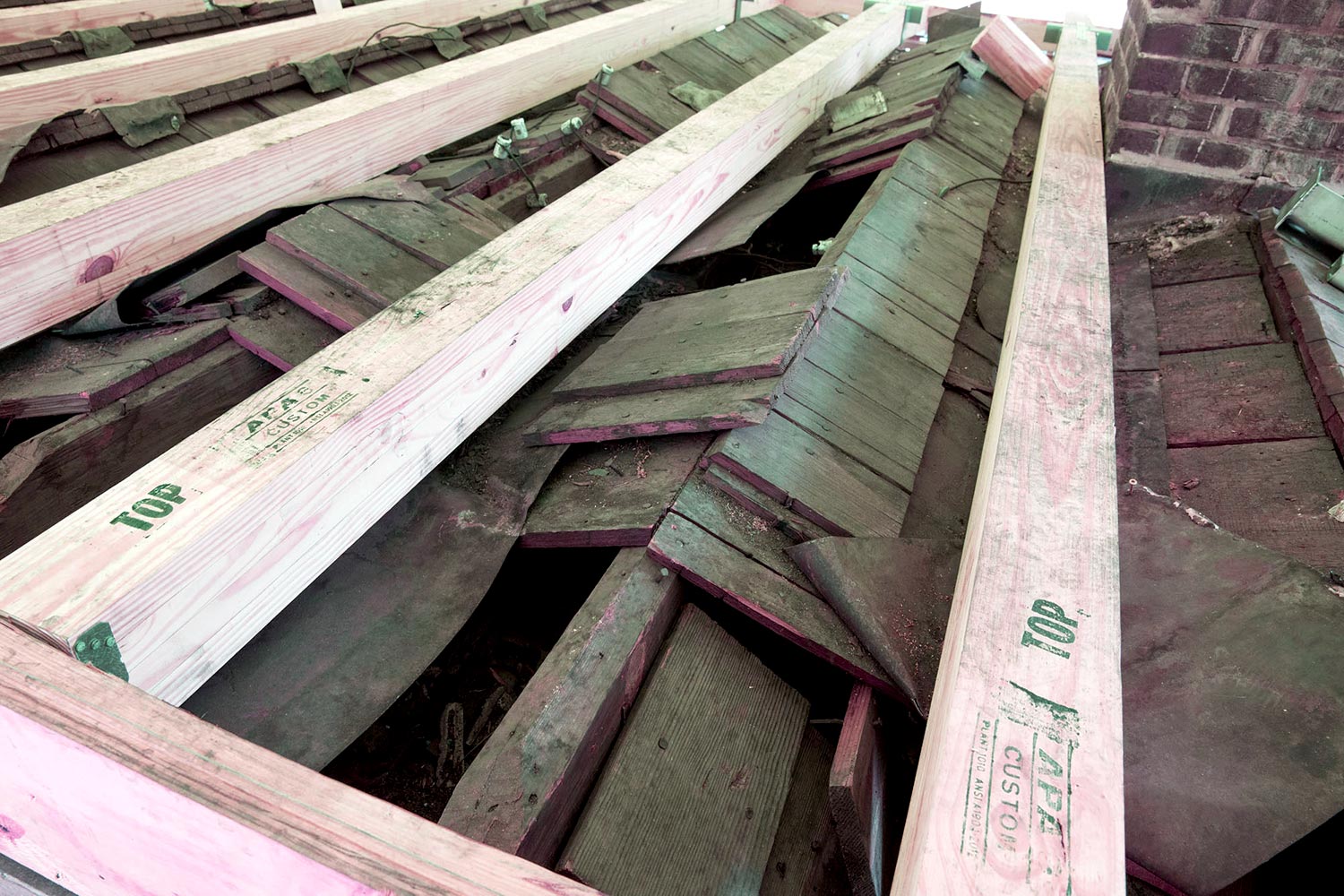 This summer’s project also includes replacing the Chinese railings on the elevated walkway over the student rooms.

“This replaces railings that were installed in the 1970s,” Zehmer said. “They were based on an early Jefferson sketch for Albemarle Academy, but they were inaccurate. More robust historical research has come up with a more accurate design.”

While Jefferson’s railings were wooden, they gave way to cast iron railings in the second half of the 19th century. Wood railings returned in the 1970s.

When working on the roof, Zehmer found a wooden pin that may have been part of the original Jeffersonian railings. He said the pin, about three inches long, was painted on both ends, indicating that it spanned the thickness of the original heart pine railing posts.  The pin would have been used to secure the mortise and tenon joint between the railing and the post, and verifies the thickness of the posts of the current design, which are three inches. The new railings will be made from mahogany.

Once the roof work is done, plasterers will restore a ceiling above the colonnade walkway in the same area. Zehmer said the original design called for plaster ceilings, but he thinks the leaky roofs made the plaster ceilings difficult to maintain, and they were replaced with an open-framed ceiling. 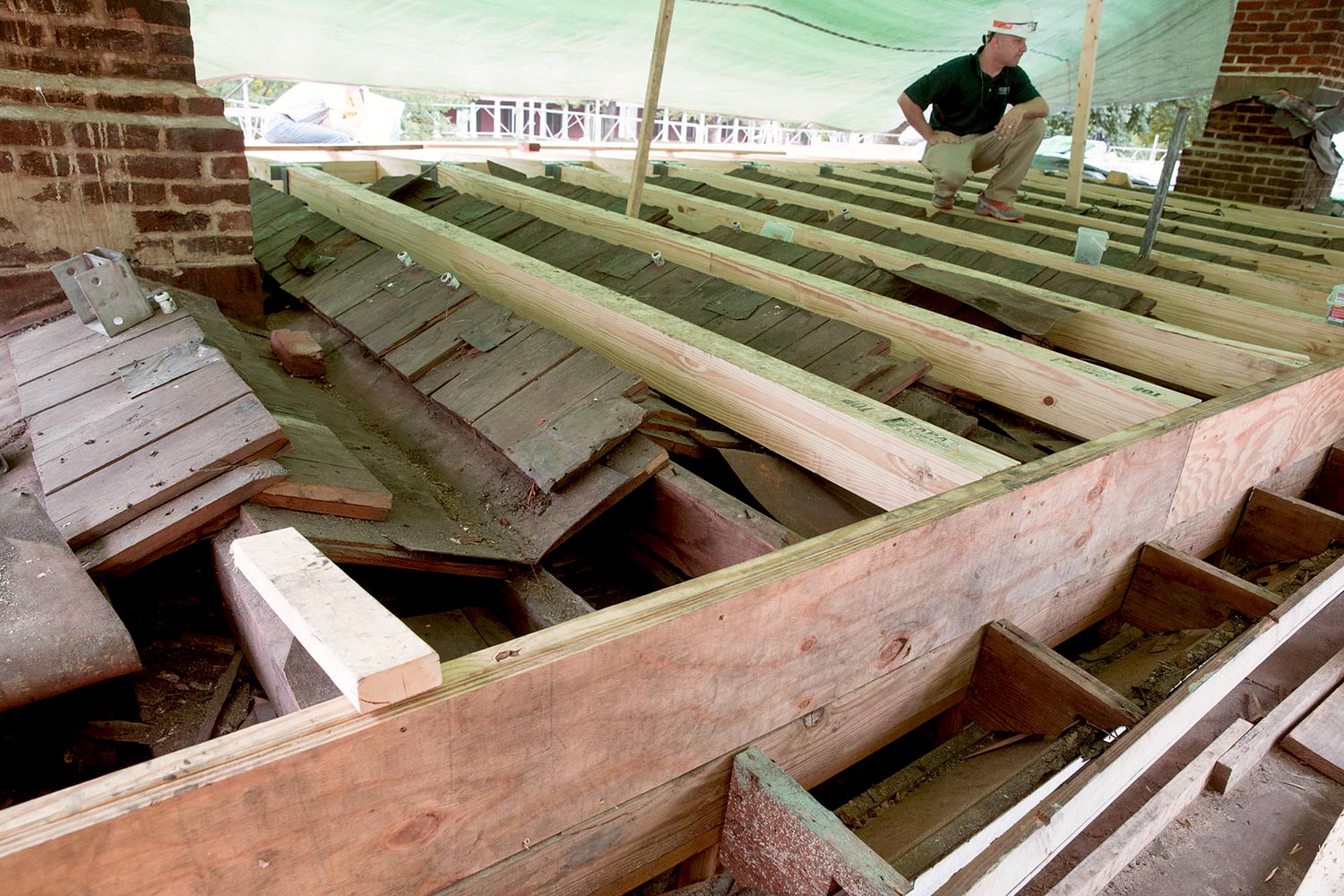 Zehmer said the plaster will be done in the traditional way, with an installation of lath, then three layers of lime plaster, mixed by hand, with the addition of goat hair as a binder. Zehmer said this work will be performed in September and October, after the roof work is completed.

“We go through and survey the rooms ahead of time to generate a scope of work and to identify original period features that we want to protect,” said Mark Kutney, an architectural conservator with Facilities Planning & Construction. “For rooms 21 to 33 on the West Lawn, all the floors have been replaced in the past. We are also looking at options for replacing the old hot water radiators. They are taller than the height of the windowsill and partially block the window. The old ceiling fans are being updated and will include a light fixture.”

Kutney also noted that the doors to the rooms are being changed.

What Is the ‘4th Side’? END_OF_DOCUMENT_TOKEN_TO_BE_REPLACED