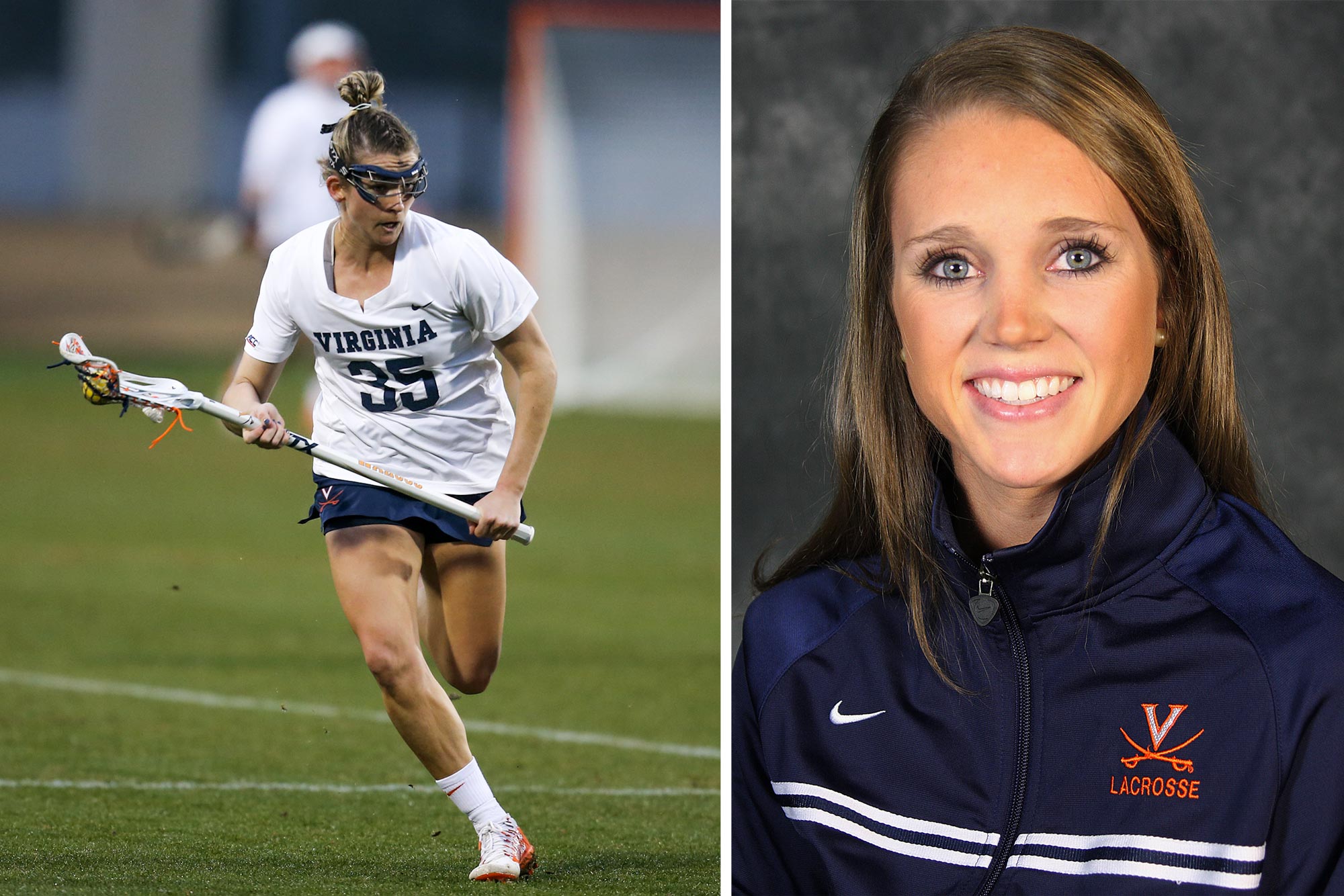 The University of Virginia women’s lacrosse program hasn’t let the quarantine stand in the way of staying fit – or of being part of a great cause.

In past years, the team has had the goal of completing 1 million yards of exercise for “Yards for Yeardley,” a fundraiser in honor of former lacrosse player Yeardley Love, who died at the hands of a fellow student in a case of relationship violence.

This spring, to commemorate the 10th anniversary of Love’s death, the team has become even more ambitious.

Fourth-year captain Lauren Martin said the team’s goal for the One Love Foundation fundraiser – which started April 3 and runs through May 3 – is 2,000 miles, which translates to more than 3.5 million yards.

Donors pledge money for every yard of exercise – running, walking, biking, swimming, whatever works – completed by the players, who then post photos of themselves on Instagram using the hashtag #YardsForYeardley.

To reach the goal, Martin said everyone must do about 12 miles each per week. She’s confident the team, with a roster of 32 players plus coaches, will do it.

“People have really been out there,” Martin said. “I’ve seen a lot more yards than I have [in previous years] and I think it’s because, with the quarantine, people want to go on walks as much as they can. They want to get outside with their families.”

And the participation in the fundraiser has extended well beyond UVA families.

The many faces of a team reaching their goal for a great cause! Together we accumulated 735,005.4 yards for #yardsforyeardley!! Thank you to @ualbanyfh for the challenge! #onelove . . Special shoutout to those middle 3 - Hannah, Akasha, and Tiffany - who went 36, 51, and 27.64 miles respectively!

In the aftermath of Love’s death on May 3, 2010, Love’s sister, Lexie, and mother, Sharon, founded the One Love Foundation to educate people, especially young adults, on the signs of unhealthy relationships, so that they or their loved ones can get out of an abusive relationship.

“It’s about education, spreading awareness and just keeping the conversation going,” UVA head coach Julie Myers said. “My team has done a great job promoting One Love and being great representatives and making sure we learn from probably the most horrific thing we could have ever gone through as a program. We just want to make sure that every year we continue to learn from it.”

Martin, a McLean native whose three older siblings are all UVA alumni, was 12 years old when Love died. Her oldest sister, Julia, didn’t play lacrosse, but was in the same sorority as Love.

That inspired Martin to get involved with the One Love Foundation as a workshop facilitator when she was a sophomore at Georgetown Visitation Preparatory School.

“Facilitating all the workshops over the years has helped me have these uncomfortable conversations with people about unhealthy and healthy relationships, but I think the biggest thing and most powerful thing was having dedication games,” Martin said. “The men’s and women’s [UVA] teams have typically had doubleheaders, or games on Saturdays and Sundays, where we have dedicated games to One Love to honor the memory of Yeardley.

“It was the most special time, being able to step on the field and wear a One Love shirt and have the feeling of ‘We have to do this for her.’ It’s really cool to be able to follow kind of the same path that she did and be able to have her legacy live on and share the positive message that One Love is sharing today.”

Martin, who is scheduled to start a job at JP Morgan in New York City following graduation, is excited by One Love’s growth since she first became a part of it.

“It’s evolved so much,” she said. “When I was in high school, workshops had just been rolled out. Now they have tons of online resources and a ‘Behind the Post’ workshop that involves relationship behaviors and the influence of technology and social media.

“And there are ‘Relationship Roundups,’ where you can sign up and have conversations online and over Zoom about healthy and unhealthy relationships.”

This month, Martin said it’s been a great feeling to see how other universities and other people around the world are getting involved in Yards for Yeardley.

“There have been a ton of posts from all different walks of life,” she said.

Martin said during weekly team meetings via the Zoom videoconferencing platform, players have talked about how grateful they have been for the extra time with their loved ones, and how it has also allowed them to incorporate Yards for Yeardley into their daily lives.

“It’s been really cool to see everyone’s pictures on Instagram of walking dogs with their families, biking, running,” Martin said. “It holds everybody accountable to all be doing something together while we’re all in separate locations and to put a purpose to what we are doing.”

When Less Is More: How Harnessing the Power of Subtraction Can Add to Life END_OF_DOCUMENT_TOKEN_TO_BE_REPLACED