Ladies in the Lab: An Interactive Showcase of Women in STEM 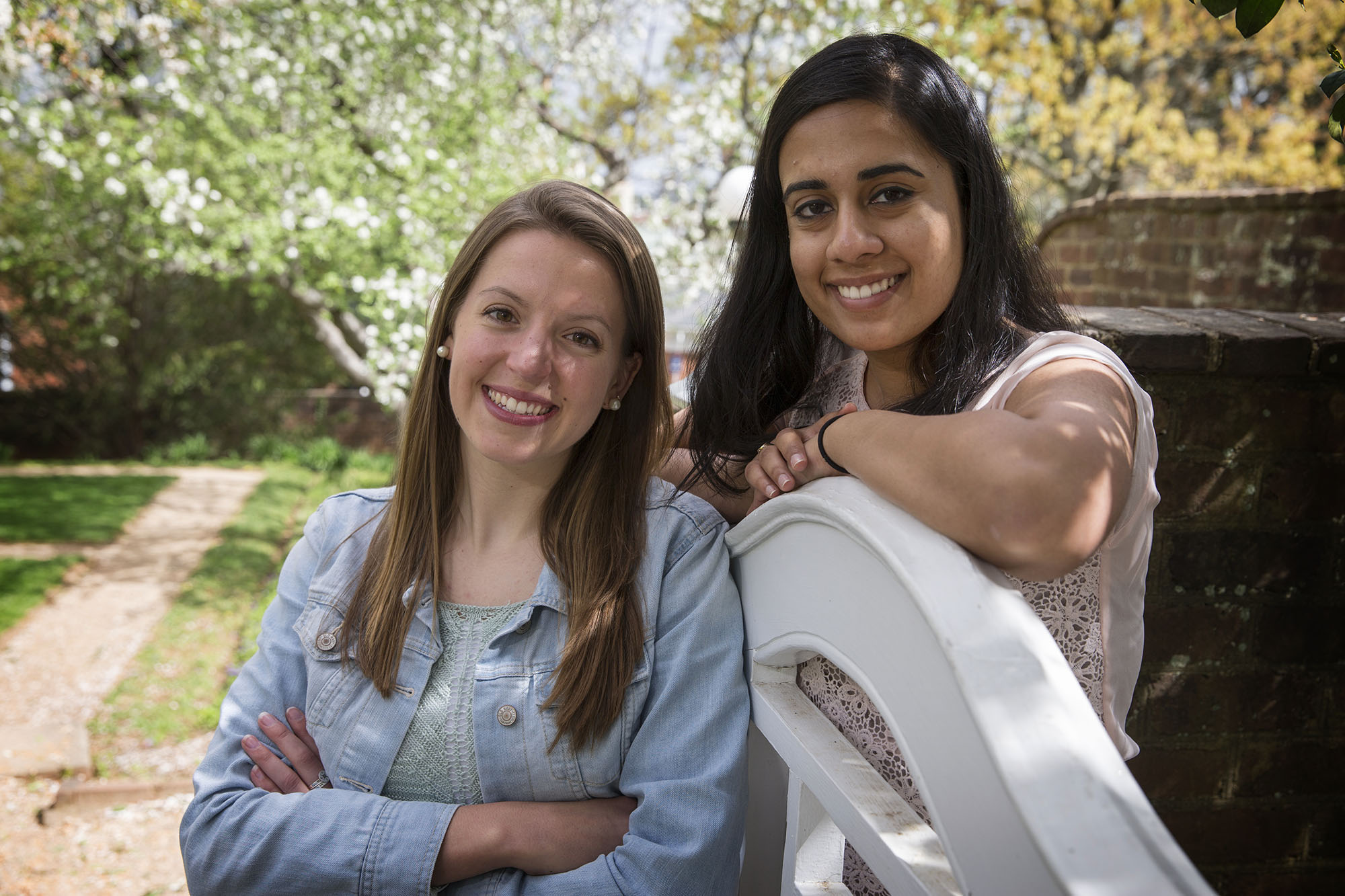 Women make up more than 30 percent of the University of Virginia’s engineering students – a high ratio by comparison to other similar schools – but third-year students Grace Wusk and Trisha Hajela think that number can be even higher.

Both believe that the key to getting more young women in the so-called STEM fields – science, technology, engineering and math – is to start early. With that in mind, they created “Ladies in the Lab: An Interactive Showcase of Women in STEM.” Designed for middle and high school girls, the event will take place Sunday from 1 to 4 p.m. in the School of Engineering and Applied Science’s Darden Court.

“Ladies in the Lab” began as a project for an engineering course, “Network Building for Entrepreneurs.” As part of the course, students were required to start a personal venture and build a network of at least 60 people around it.

“The goal of the class is to make, rather than find, opportunities,” said the course’s instructor and Charlottesville entrepreneur, Ian Ayers.

Hajela and Wusk each started very different individual projects, but after a re-evaluation, they saw that their joint passion for sharing the excitement of engineering with others might make a perfect venture. They believed that building a local network of women in STEM and introducing girls to those connections early could help spark their interest.

Hajela and Wusk agreed that there seemed to be a time in middle and high school when a lot of girls turn away from STEM. Hajela said, “We really wanted to grab those girls and show them, that [STEM] is all really fun and you shouldn’t rule it out.”

They began planning “Ladies in the Lab” by reaching out to every middle and high school math and science teacher they could find in Albemarle County’s public school directory and asking them to share this opportunity with students. The response was overwhelming, and soon more than 100 girls had registered to attend.

With so much interest, they wanted to make sure that the event was high-quality and had a personal touch. In search of a strong role model to headline it, they turned to Kathryn Thornton, a former space shuttle astronaut and current U.Va. professor of mechanical and aerospace engineering.

“Right off the bat, we thought she was our number one,” Wusk said. Thornton, a member of the Astronaut Hall of Fame whose career included such critical work as making repairs to the Hubble Space Telescope, agreed to be their opening speaker.

After Thornton’s remarks, each participant will be paired with one of 70 female engineering student volunteers who will serve as mentors and guide them through hands-on exhibits.

The presentations will cover a wide range of engineering topics with offerings for all grades and skill levels. Students can jump in at the Giant Jenga exhibit to learn about structures and planning, or explore the world of coding with the ladies of Alpha Omega Epsilon and their Lego Mindstorms Robot. Other highlights include NASA’s look at 3-D printing and a DNA extraction exhibit.

(More information about exhibitors and presentations can be found through the Ladies in the Lab Facebook Page).

Although it is a new event, Hajela and Wusk hope that it will have a lasting impact on the participants.

“It’s so important for more women to get involved in STEM because they bring a different perspective,” Hajela said. “Women approach and organize problems differently and that’s needed for innovation.”