Laughing at This Man May Be Good for Your Health 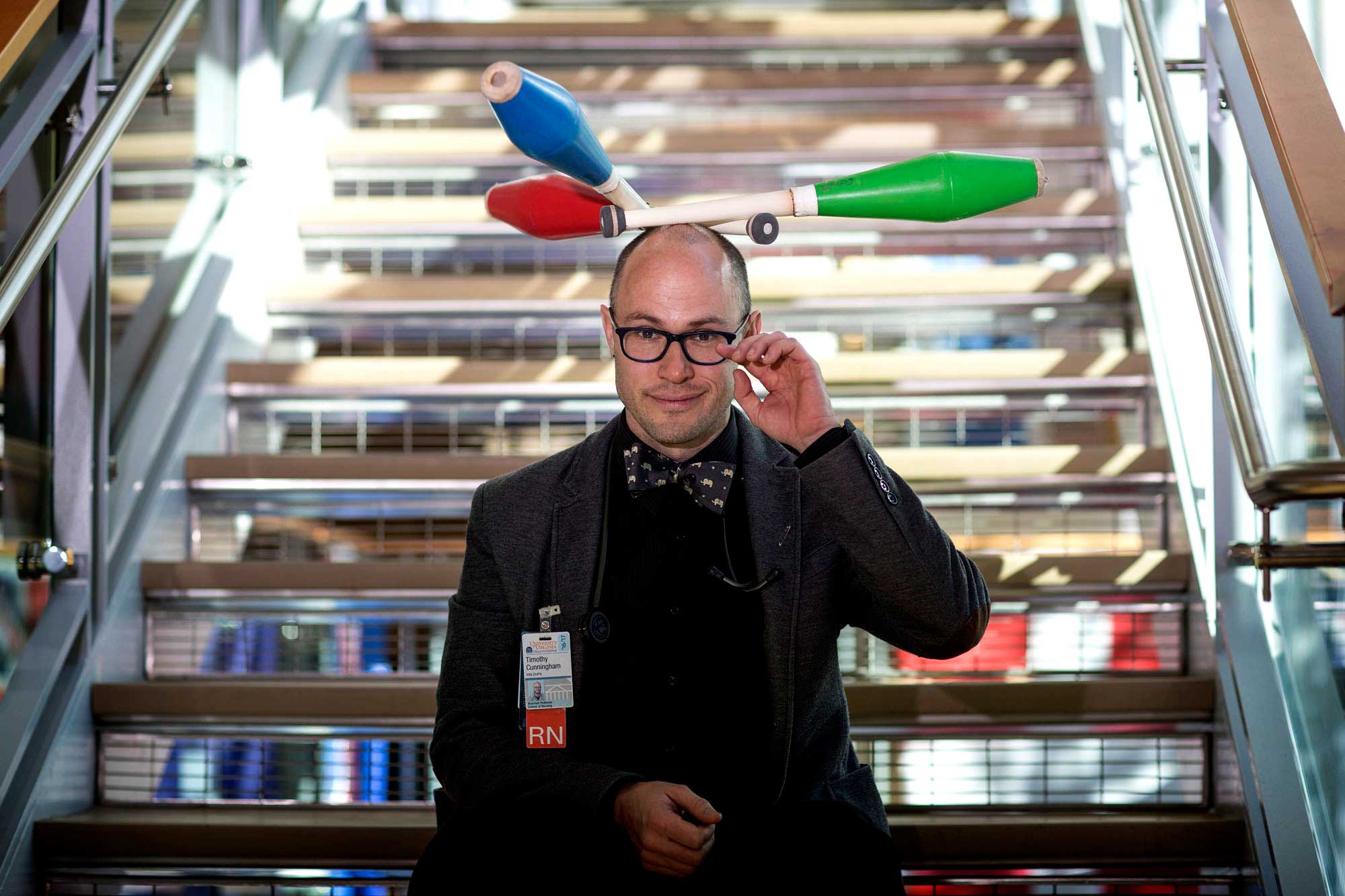 Roaming the halls of Boston Children’s Hospital in his white coat and roller shoes, “Dr. Bumble” brought joy and laughter to his patients by toilet-papering their rooms and skating face-first into the occasional wall.

Now, Dr. Bumble is roaming the halls of the University of Virginia, but this time he is more commonly known by another name: Professor Tim Cunningham.

“‘Dr. Bumble’ was my first white coat position,” said Cunningham, who spent a year working as a hospital clown under his former alias. “My job was to create an environment where people felt safe and free to laugh.”

That’s still a goal, and at UVA he’s using his joint faculty appointment between the School of Nursing and the Department of Drama to promote it ­– albeit via more of an academic overlay.

“I’ve always been interested in studying the bridges between laughter and health,” he said. 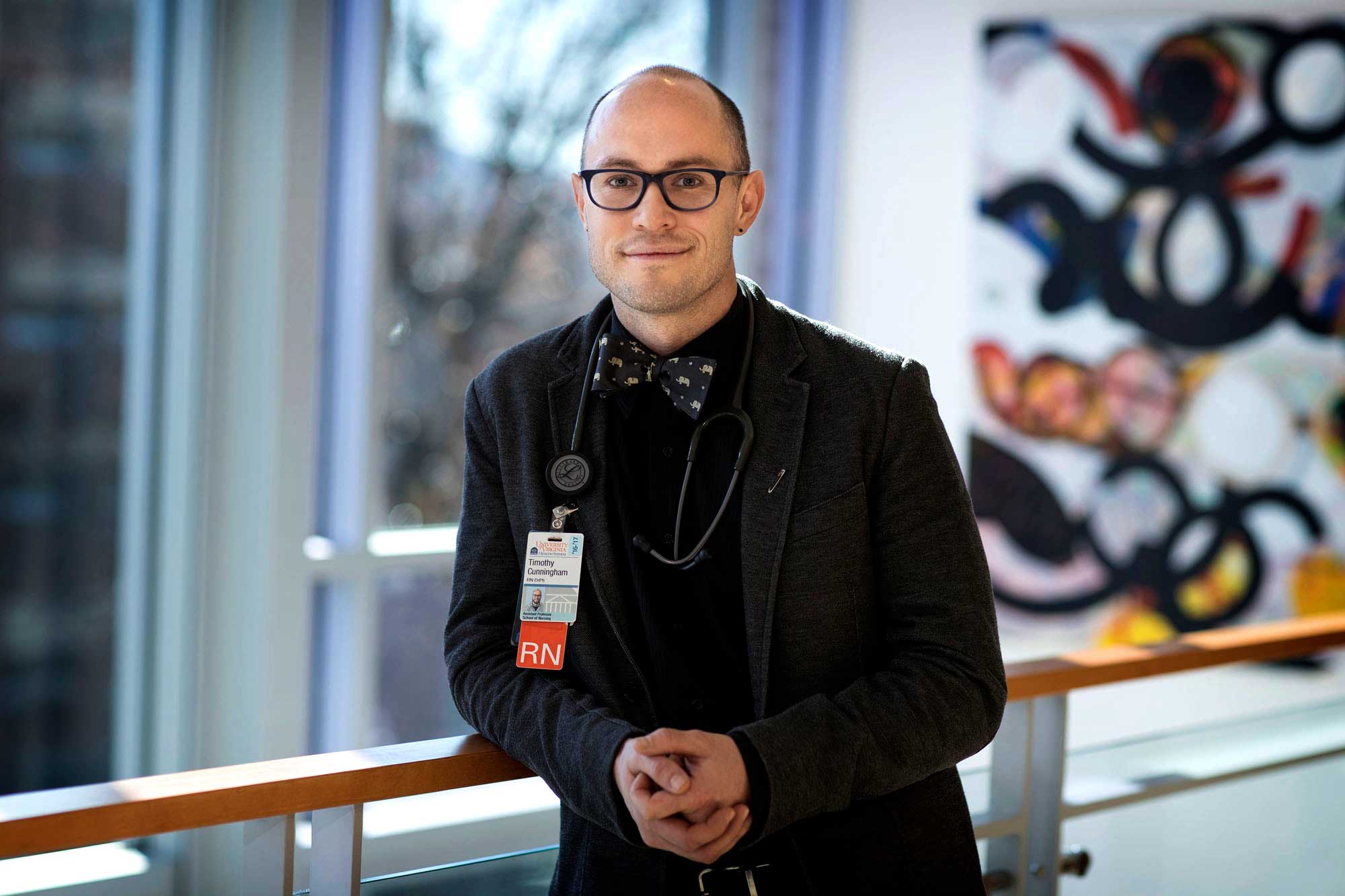 Cunningham said that by offering him a joint appointment in drama, UVA provided him an opportunity to reach his students in more than just the conventional way.

“That was certainly not an option anywhere else I looked,” he said. “We live in a divided world, so if we can model unity through training, then we can inspire human beings who are more open-minded when they leave this place.”

Taking an unconventional approach seems to be a way of life for Cunningham, who hails from Waynesboro. Upon earning his bachelor’s degree in English from the College of William & Mary, he worked as a professional actor and clown for seven years. During that time, he became involved with Clowns Without Borders, a nonprofit that sends clowns overseas to provide relief to individuals in refugee camps and zones of crisis around the world. 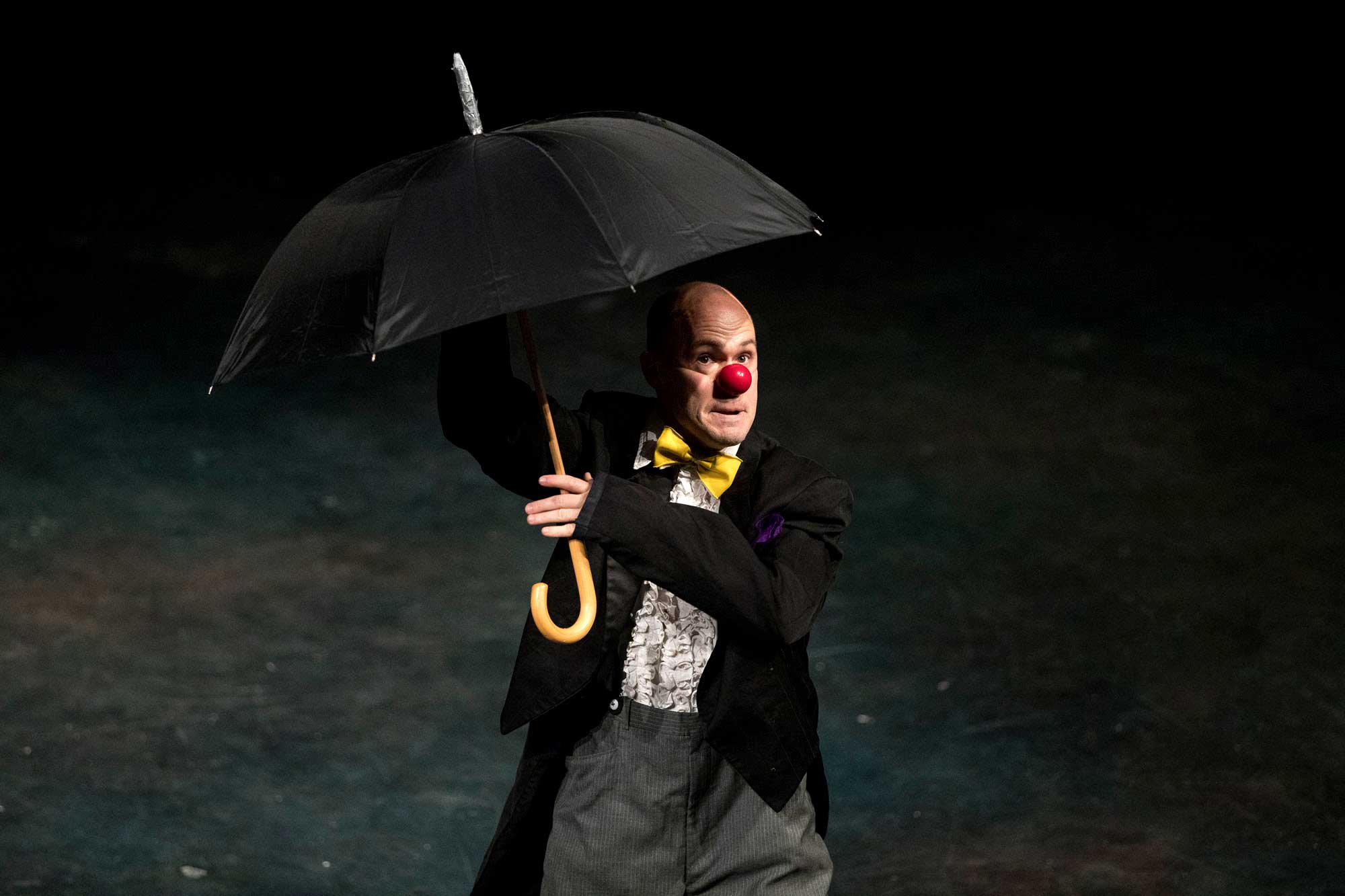 “I was working in Haiti at a pediatric hospital with Clowns Without Borders when I had a traumatic experience; I witnessed the death of a child who died of malnutrition,” he said. “I could not understand why this child died from not having enough to eat in a place just a few hundred miles off the coast of my country, where we have people dying from diseases of overconsumption. That was when I decided I wanted to go back to school to understand more about health care.”

Cunningham acted on that desire. He enrolled in UVA’s Clinical Nurse Leader master’s program, graduated in 2009, and found his clinical calling as an emergency room nurse.

Though he enjoyed providing direct patient care, his interest persisted in finding out just how powerful laughter could be as a clinical tool, so he pursued doctorate work at Columbia University’s Mailman School of Public Health. While setting out to begin his dissertation, western Africa experienced the Ebola outbreak, prompting Cunningham to instead catch a plane to Sierra Leone so that he could spend nine weeks treating patients who were suffering from the epidemic. 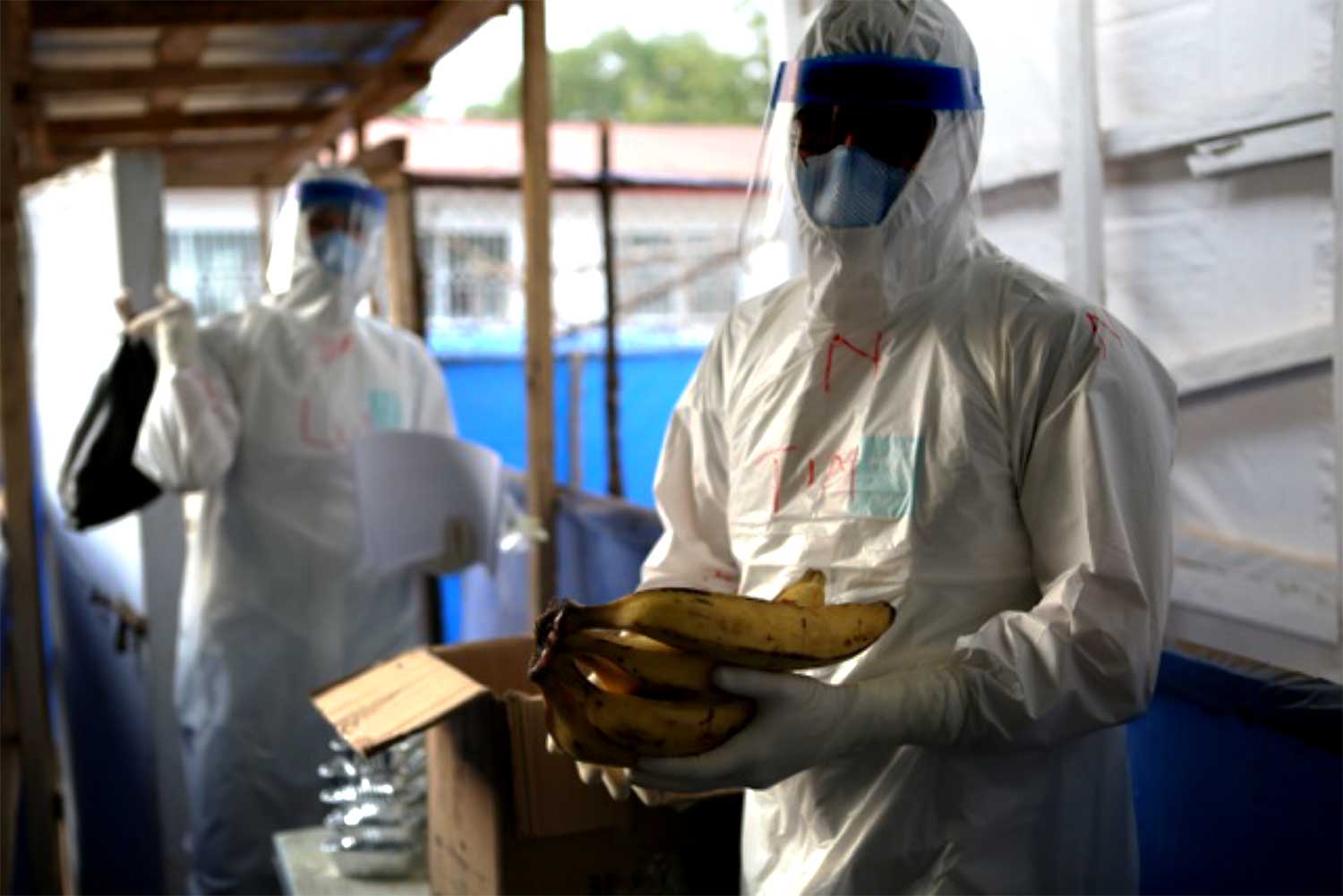 “There were nurses and physicians over there who were dying, and they needed practitioners who could hydrate patients,” Cunningham said. “I started IVs all day long as an emergency room nurse, so I had both the skill set to work as a nurse as well as a passport, so that if I were to get sick, I could be on the next flight home – making my chances of surviving Ebola exponentially higher than those of the nurses who were working and living there.”

When Cunningham returned, he had found a new focus for his dissertation work: compassion fatigue among expatriate health care workers – specifically, Ebola responders.

Cunningham arrived at UVA in August upon earning his doctorate, and his concern for the health issues that plague the far-reaching corners of the world remains with him today and is the cornerstone of his teaching methodology.

“In my classroom, we talk about issues in global health and epidemiology, particularly Ebola, Zika, and the disparities between the rich and poor in our own country and beyond,” he said. “It’s serious stuff, so I try to keep it light when possible, but also give it the gravity that it deserves.”

In addition to his role as an assistant professor of nursing and drama, Cunningham also serves as the assistant director for the School of Nursing’s Compassionate Care Initiative, which teaches caregivers to care for themselves through mindfulness and meditation.

“We’re striving to train nurses, medical students and anyone else in the University community so that we can build a more resilient workforce in the health sciences and beyond,” Cunningham said.

It was during Cunningham’s days as an emergency room nurse that he discovered his own form of meditation: long-distance running.

“I would run for stress relief,” Cunningham said.

As the miles under his belt began to accumulate, Cunningham focused his efforts not just on centering his body and mind through training, but also on racing. Since 2007, he has completed 41 marathons, 11 of which were done barefoot to raise money for Clowns Without Borders in honor of the children he came in contact with overseas who were unable to afford their own shoes. 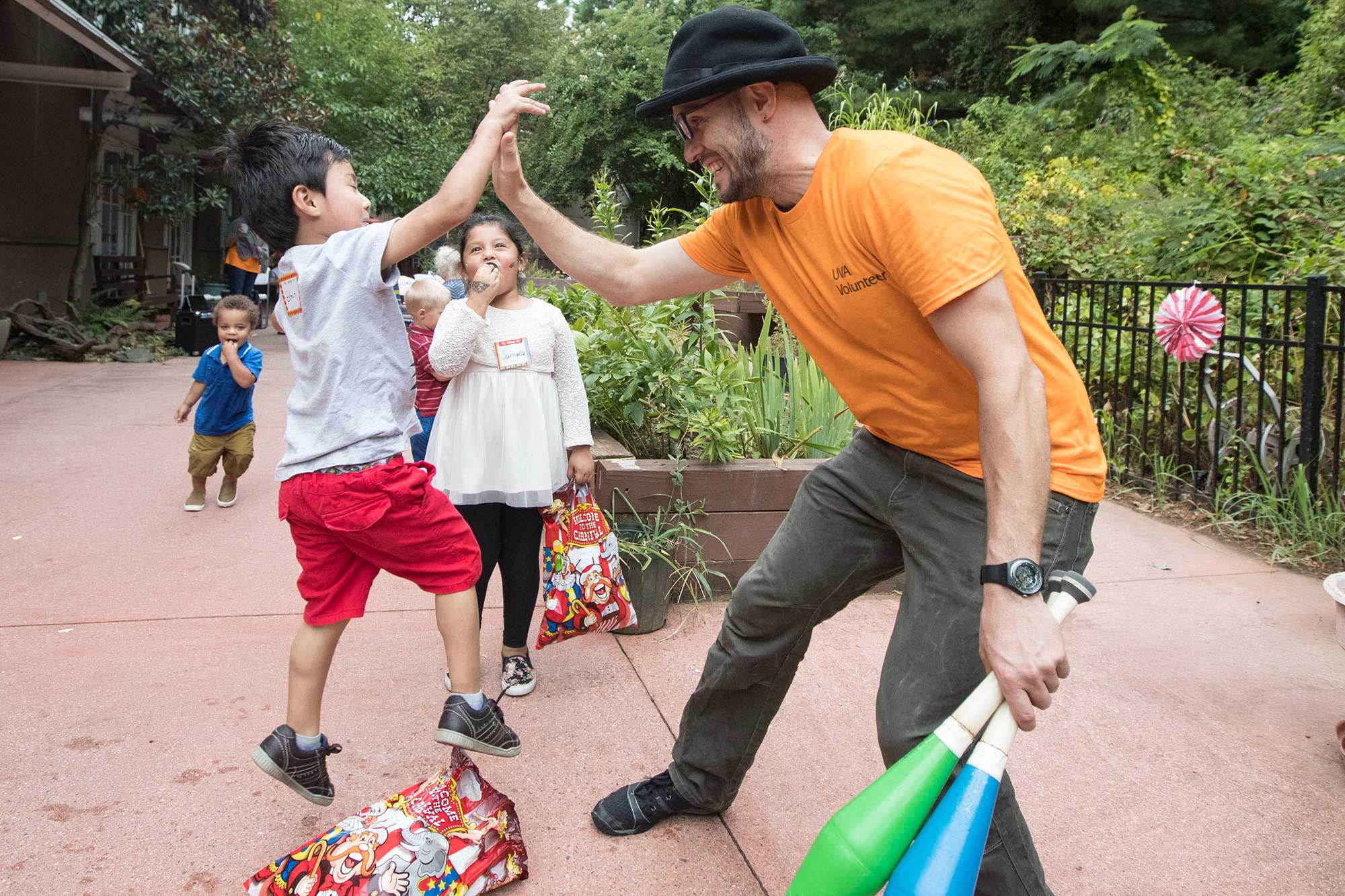 And though Cunningham’s former clown teacher told him he “wasn’t very funny, or a very good clown,” Cunningham seems to have successfully integrated his passions in a way that tremendously benefits those who have received his professional care or had a seat in his classroom.

“Traditionally, a clown is an acrobat who walks into a space, trips and falls, does double backflips and impossible moves along the way, then stops and looks around like he doesn’t know what happened,” Cunningham said. “As a nurse, it’s similar. You have to humbly approach your audience and then blow them away with your skills. You need that level of humility to connect with them, but also the virtuosity, skill set and diagnostic tools to provide them good care.”

As a caregiver, a teacher and an inhabitant of Earth, Cunningham continues to believe that laughter creates unity among people, no matter what language they speak.

“The bottom line that brought me to want to teach in a setting like this, and what I firmly believe in, is this idea of how deeply we are all interconnected,” Cunningham said. “The more I think we look to realize all those interconnections, the more surprised I think we will be about our shared humanity.”

Cunningham hopes that message resonates with his students even after they’ve left UVA in pursuit of their personal and career goals.

“If they can walk way looking at other people with a different perspective so that they can treat that other person more kindly than they may have before they came to school, that’s the ultimate goal for me,” he said. “It’s about the integration of thought and humanity and recognizing that we’re all in this boat together.”

What’s Next for UVA’s Class of 2022? END_OF_DOCUMENT_TOKEN_TO_BE_REPLACED

How Affordable is UVA? END_OF_DOCUMENT_TOKEN_TO_BE_REPLACED