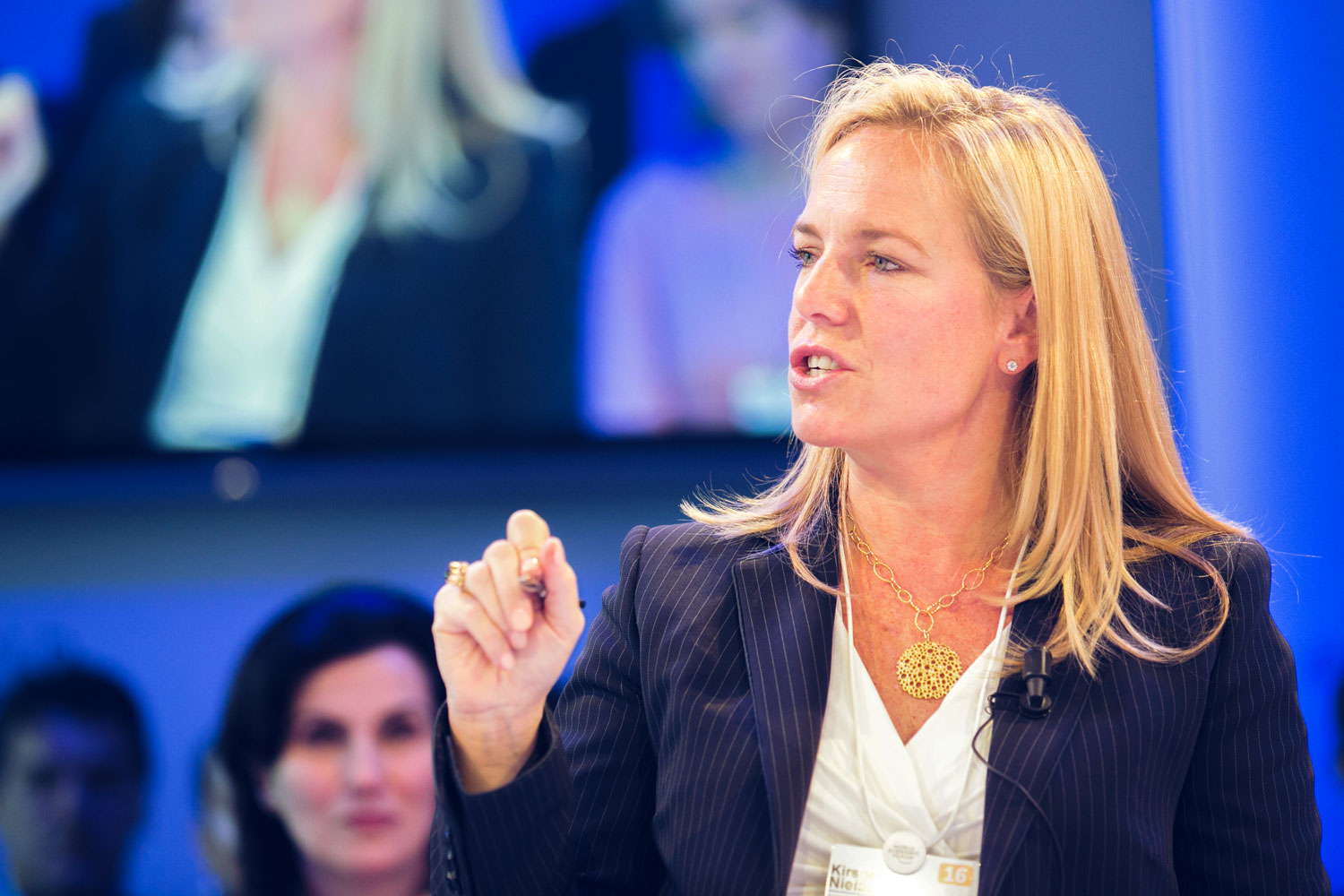 Kirstjen Michele Nielsen’s background is in cybersecurity and she has extensive experience in homeland security. (Photo by World Economic Forum/Benedikt von Loebell via Creative Commons)

Kirstjen Michele Nielsen, a 1999 graduate of the University of Virginia School of Law, will be nominated as the next secretary of the U.S. Department of Homeland Security, the White House said Wednesday.

Nielsen would be the second graduate of the Law School to hold the cabinet post, which was created in 2001 in response to the Sept. 11 attacks. The first was Janet Napolitano, now president of the University of California, who served from 2009 to 2013.

Nielsen is a cybersecurity expert who, pending confirmation, will leave her current position as a White House deputy chief of staff under John F. Kelly – the previous secretary of Homeland Security. She served as his second-in-command there as well, in the chief of staff role.

She would become the seventh person to lead the department. Elaine Duke has been the acting secretary since July 31.

In addition to her work with the Trump administration, Nielsen has served as a senior fellow at the Center for Cyber and Homeland Security, located at George Washington University, and on the Global Risks Report Advisory Board of the World Economic Forum. She is the founder and former president of Sunesis Consulting.

Nielsen also holds a B.S. from the Georgetown School of Foreign Service.

Four other Law School alumni have been tapped for top posts in the administration, with three to serve in general counsel slots.

Here Is What You Need to Know About the New Coronavirus Variant, Omicron END_OF_DOCUMENT_TOKEN_TO_BE_REPLACED

Fall Is in the Air on Grounds END_OF_DOCUMENT_TOKEN_TO_BE_REPLACED

Meet the Cats and Dogs Your CVC Donation Supports END_OF_DOCUMENT_TOKEN_TO_BE_REPLACED