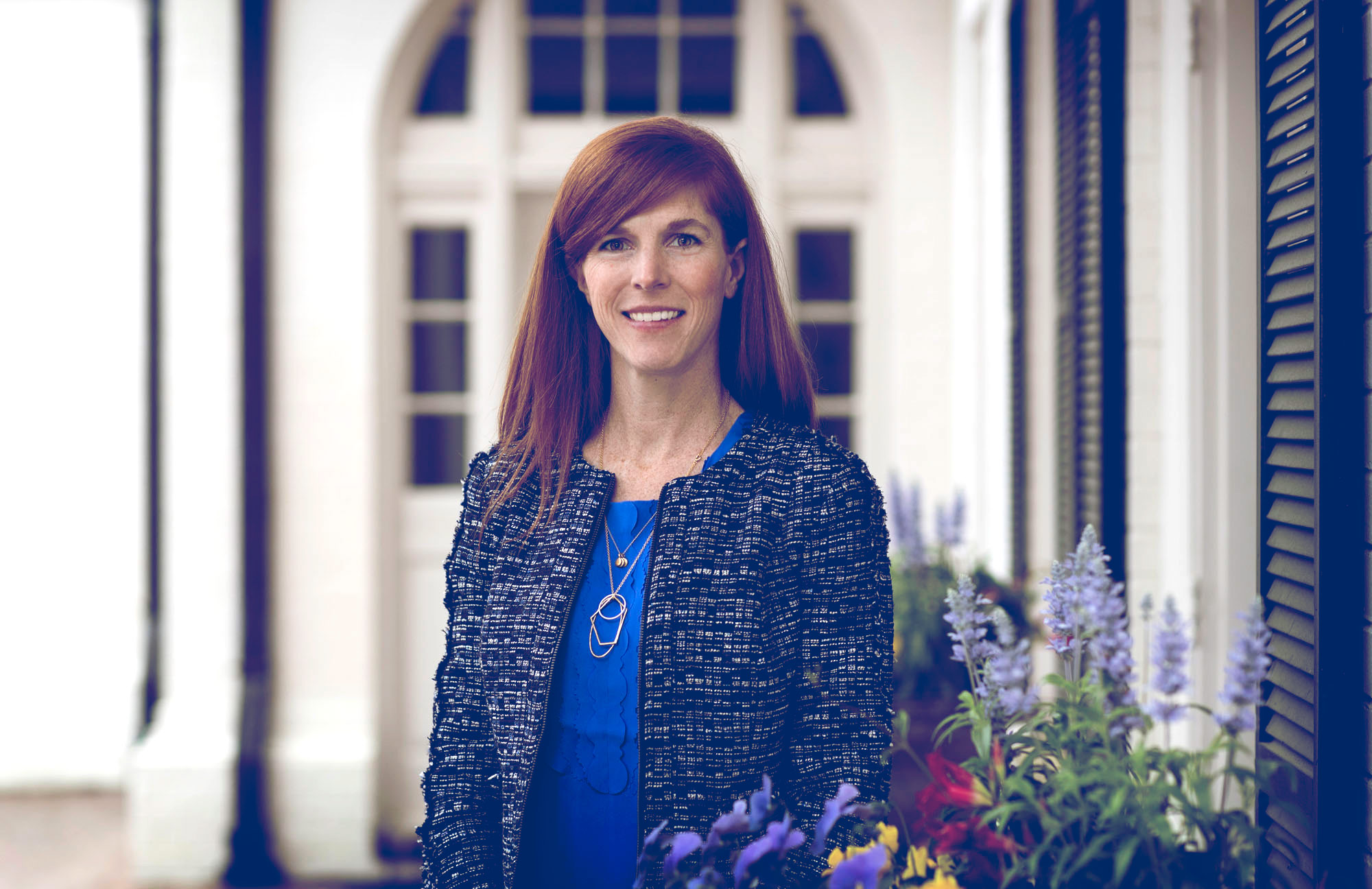 Jenifer Andrasko, a former U.S. Navy pilot, mission commander and NATO officer, will be the University of Virginia Alumni Association’s next president and CEO. (Photo by Dan Addison, University Communications)

Corporate executive and management expert Jenifer Andrasko, a former U.S. Navy pilot, mission commander and NATO officer, will be the University of Virginia Alumni Association’s next president and CEO, the organization’s Board of Managers announced.

The selection of Andrasko, 39, who received her MBA from UVA’s Darden School of Business in 2010, will be the first woman president of the Alumni Association, which will have its 179th anniversary July 4.

“She’s squarely in a demographic, from an age perspective, that has become the largest,” said UVA Alumni Association Vice Chair Meredith B. Jenkins, who headed the board’s search committee.

Andrasko comes to the post from the Washington, D.C., office of global consulting giant Bain & Co., where she has headed the fastest-growing practice area, known as “Results Delivery,” keyed to helping organizations reach their full potential. An expert in leadership development and building management teams, Andrasko helped found Bain’s Leadership Center of Expertise.

Prior to joining Bain, Andrasko spent nearly 10 years on active duty with the U.S. Navy, where she served as a P-3 pilot and mission commander, deploying twice in support of Operations Enduring Freedom and Iraqi Freedom, as well as participating in NATO missions in Kosovo. Later, she served at NATO’s Allied Command Transformation, having significant operational responsibility for the alliance’s strategic and organizational initiatives.

Andrasko emerged from a national search that generated a field of 114 applicants. What made her stand out: “Her enthusiasm and energy,” Jenkins said, “and over the course of the process that deepened.”

Equally impressive was Andrasko’s full embrace of UVA during her time at Darden, where, in addition to extensive other honors and activities, she was a Jefferson Graduate Fellow, a member of the Raven and Omicron Delta Kappa honorary societies and a student representative on the UVA Honor Committee. It spoke volumes to the search committee, said Jenkins, “that she became so engaged with the wider University,” something unusual for a graduate student.

Jenkins says Andrasko comes to the Alumni Association, and the University, at an opportune time. “We have hired a transformational leader just as the University approaches the dawn of its third century, mounts a major capital campaign and undertakes a presidential search of its own. Jen brings not just considerable management skill but also drive and enthusiasm as she leads the University of Virginia Alumni Association to fulfill its ongoing mission of serving our 225,000 worldwide alumni and engaging them with their beloved alma mater,” Jenkins said.

Said Andrasko, “The University is at an inflection point, where there is potential for transformational change. With that comes tremendous energy, and I want to be a part of that.” Amid such a time of change, she added, “There’s a voice and a role for the Alumni Association to play in protecting our core values and the mission of this institution.”

Andrasko lives in Charlottesville with her husband and three children, ages 5, 4 and 1. She begins her new post as UVA Alumni Association president and CEO on July 1, succeeding Tom Faulders, who announced his retirement in November and helped with the search. When Faulders took the helm 11 years ago, he too came from the corporate world, possessing an MBA and having served several years in the U.S. Navy.