A Line Is a Dot That Went for a Walk: Fralin Opens People’s Choice Exhibition 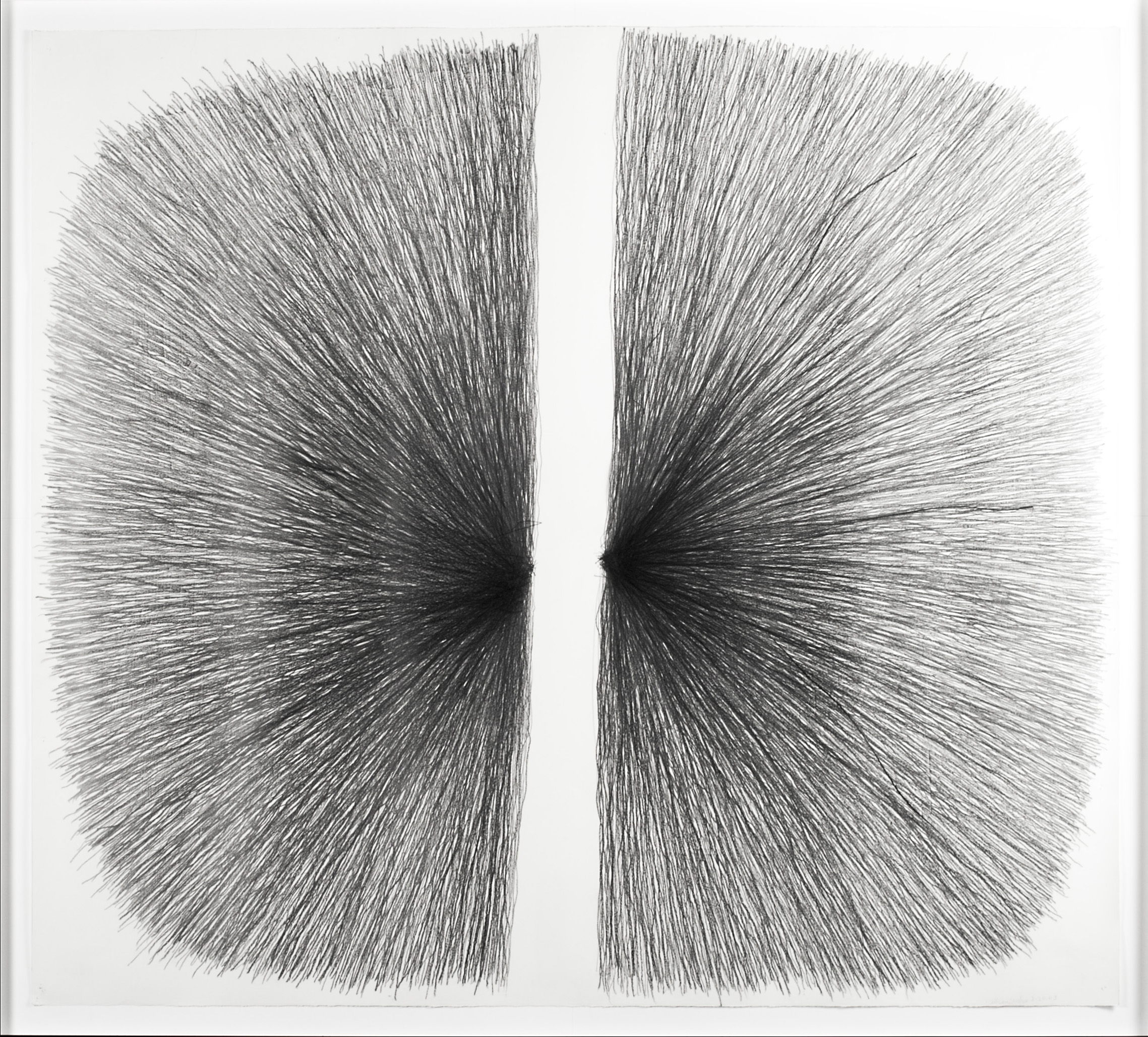 From the Walker Art Center in Minneapolis to the Museum of Fine Arts in Boston, American museums in recent years have been exploring new ways for museum audiences to participate in deciding what goes into an art exhibit, sometimes turning to online surveys to create crowd-sourced exhibitions.

In this spirit, last fall The Fralin Museum of Art at the University of Virginia invited the public for the first time to vote online on works from the museum’s permanent collection for an upcoming exhibit.

Opening Friday and running through Aug. 2, The Fralin’s new crowd-sourced exhibit, “What is a Line?,” combines the people’s choices with the museum’s professional curatorial expertise, with 60 percent of the works included in the exhibition voted on by the public.

Inspired by modern artist Paul Klee’s statement that “A line is a dot that went for a walk,” the exhibit’s theme illustrates the many ways in which artists throughout the 20th century have treated the most basic element of art – the line.

Although notable as a collaborative curatorial process between the public and The Fralin, “What is a Line?” also is a significant showcase of important drawings, prints, photographs and sculpture from the museum’s permanent collection. The exhibit includes important works by famous modern artists such as Frank Stella, Andy Warhol, Pablo Picasso, Salvador Dali, Cy Twombly, Wassily Kandinsky, Sol Lewitt, Joan Mitchell, Gene Davis, Ellsworth Kelly and John Baldessari.

“The exhibit addresses what is arguably the most fundamental component of artistic composition – the line – and the myriad ways in which artists capture, conceive of and execute the concept,” said Rebecca Schoenthal, the museum’s interim curator of exhibitions. “The works presented in the show cover a century of developments in process, technique and art world trends, but each speaks to the inescapable, almost indefinable quality, and prompt us to ask: ‘What is a line?’”

Farrell selected the original group of potential works from The Fralin’s permanent collection, and throughout the fall of 2014 the museum released weekly electronic surveys pitting works from its collection in a head-to-head competition. A simple online form was used to encourage participation from voters of all ages, interests and backgrounds.

Each round of voting included several pairs of images from The Fralin’s collection, along with basic information such as the work’s title, artist, date, medium and dimensions. Voters were invited to select one work from each pair and then leave feedback about their choices. There were five weeklong rounds of voting.

In the end, there were 821 total responses submitted; the voters’ comments reveal that they used a wide variety of criteria to make their choices. Some cited visual elements, emotional responses or intuitive decision-making. Some works, such as Warhol’s “Martha Graham (Satyric Festival),” won by a landslide.

Schoenthal gathered the voting results, created the final checklist of images and was responsible for the exhibition’s layout. Her goal was to create an exhibit that was compelling and engaging while letting the public choose much of the content.

“It’s been an amazing experience for the staff at the museum as it was a true collaboration between all the departments – curatorial, education, collections, digital resources – as we integrated resources, knowledge base and skill sets from the very beginning and worked in tandem all through the process,” she said.

The project reflects the museum’s commitment to incorporating the virtual and mobile lifestyle of the global arts community.

The Fralin hopes to further the conversation surrounding this particular exhibit by encouraging visitors to share their thoughts and experiences of the show on social media, using the hashtag #FralinLine. Museum visitors will have access to several tablets on which they can comment on the show, learn more about the artists and their work, and access interactive educational tools.

“Having a station with iPads in the gallery is a new thing for The Fralin,” Schoenthal said. “Gallery visitors will be able to find detailed information on the works in the exhibition, learn more about the voting process and leave live feedback.

“With its new crowd-sourced exhibit, The Fralin is on trend. It’s a fascinating experiment and a good way to engage with new and potentially far-afield audiences such as U.Va. alumni.”

The Fralin Museum of Art’s programming is made possible by support from The Joseph and Robert Cornell Memorial Foundation. The exhibition relies on the support of Art$, the Suzanne Foley Endowment Fund, WTJU 91.1 FM, albemarle Magazine, and Ivy Publications LLC’s Charlottesville Welcome Book.

What’s Next for UVA’s Class of 2022? END_OF_DOCUMENT_TOKEN_TO_BE_REPLACED