Lisa Russ Spaar and Charles Wright to Read Their Poems at U.Va. Bookstore 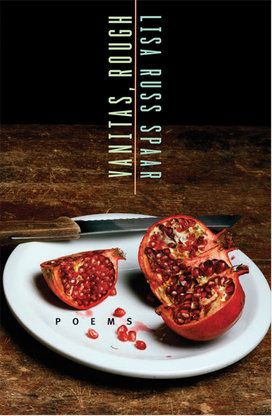 University of Virginia poets Lisa Russ Spaar and Charles Wright will offer an evening of sumptuous language and surprising images when they read from their work Dec. 4 at 6:30 p.m. at the U.Va. Bookstore. The event is free and open to the public.

Spaar, who earned her master of fine arts in poetry writing and bachelor’s degrees from U.Va.’s College and Graduate School of Arts & Sciences, founded and directs the 11-year-old Area Program in Poetry Writing for undergraduates in the English department’s Creative Writing Program.

Wright, who won the Pulitzer Prize in 1998, retired from U.Va. two years ago after 27 years on the creative writing faculty. The University of Virginia Magazine described him as “the poet laureate of twilight,” alluding to his musings on the natural world in his backyard.

Spaar’s poetry has been called sumptuous and alluring; reviewer Christopher Matthews in Shenandoah magazine called her “ringleader of a stunning lexicon.” In addition to her new book, “Vanitas, Rough,” she has published four collections of poetry: “Satin Cash,” “Blue Venus,” “Glass Town” and “Cellar.” She also has edited two anthologies, “All That Mighty Heart: London Poems” and “Acquainted With the Night: Insomnia Poems.”

A book of essays, “The Hide-and-Seek Muse: Annotations of Contemporary Poetry” – based on her weekly poetry posts and reviews as Arts & Academy poetry editor in The Chronicle of Higher Education Review – will be published early next year.

Wright has published more than 20 collections of poems. His most recent is “Bye-and-Bye: Selected Later Poems,” which comprises poems from his last five books, including the complete text of the book-length poem, “Littlefoot.”

Other recent collections from this decade are “Outtakes,” “Sestets,” “Scar Tissue,” “The Wrong End of the Rainbow,” “Buffalo Yoga” and “Negative Blue.”

A chancellor of the Academy of American Poets, Wright has won most of the major prizes and recognitions a poet can receive in the United States, including the Griffin International Poetry Prize in 2007, the National Book Critics Circle Award for Poetry in 1997, the Lenore Marshall Poetry Prize in 1996 and the Ruth Lilly Poetry Prize in 1993, as well as the Pulitzer Prize.

He won a National Book Award for his 1983 volume, “Country Music: Selected Early Poems,”  and his 1973 work, “Hard Freight,” was a finalist for the prize.

Wright has also written two volumes of criticism, “Halflife” and “Quarter Notes,” and translated the work of Dino Campana in “Orphic Songs,” as well as Eugenio Montale’s “The Storm and Other Poems,” for which he was awarded the PEN Translation Prize.

When Less Is More: How Harnessing the Power of Subtraction Can Add to Life END_OF_DOCUMENT_TOKEN_TO_BE_REPLACED