Listen in on Lyndon B. Johnson in ‘Podcast of the Year,’ Hosted by UVA’s Melody Barnes 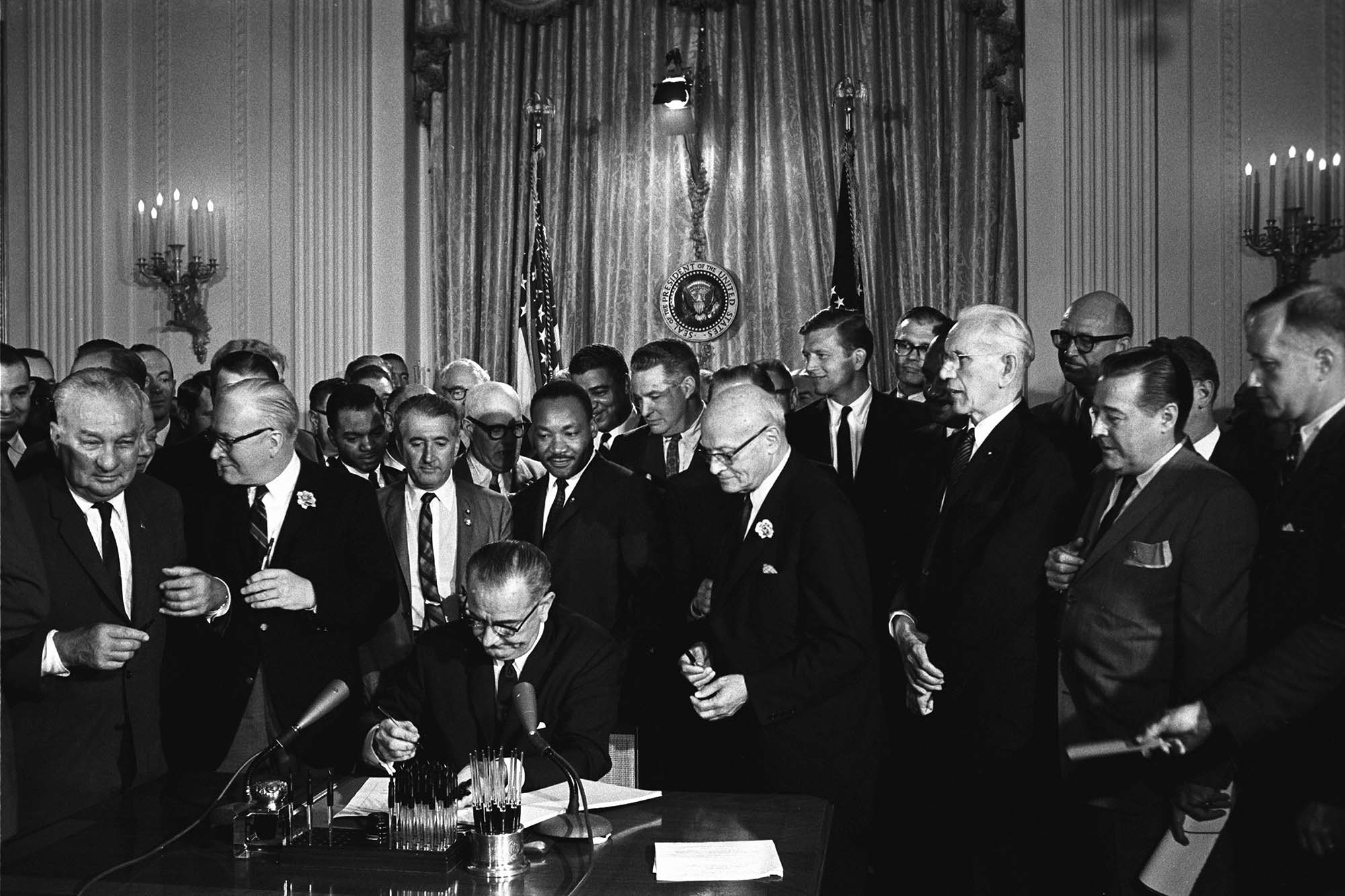 Although Melody Barnes was thrilled to host a podcast about President Lyndon B. Johnson – recently named among the “Best Podcasts of 2020” by the New Yorker – LBJ in many ways chose her, Barnes said.

Producers at PRX, the podcast arm of Public Radio International, had just wrapped up a successful podcast on the war in Vietnam, “LBJ’s War,” and they were looking for someone to host their next podcast, “LBJ and the Great Society,” about Johnson’s extensive domestic policy program, which included landmark legislation like Medicare, Medicaid, the Civil Rights Act of 1964 and the Voting Rights Act of 1965.

They wanted someone with firsthand experience in the White House and with the academic chops to delve into historical recordings, interview scholars and put Johnson in context for listeners.

Barnes fit the bill and more. 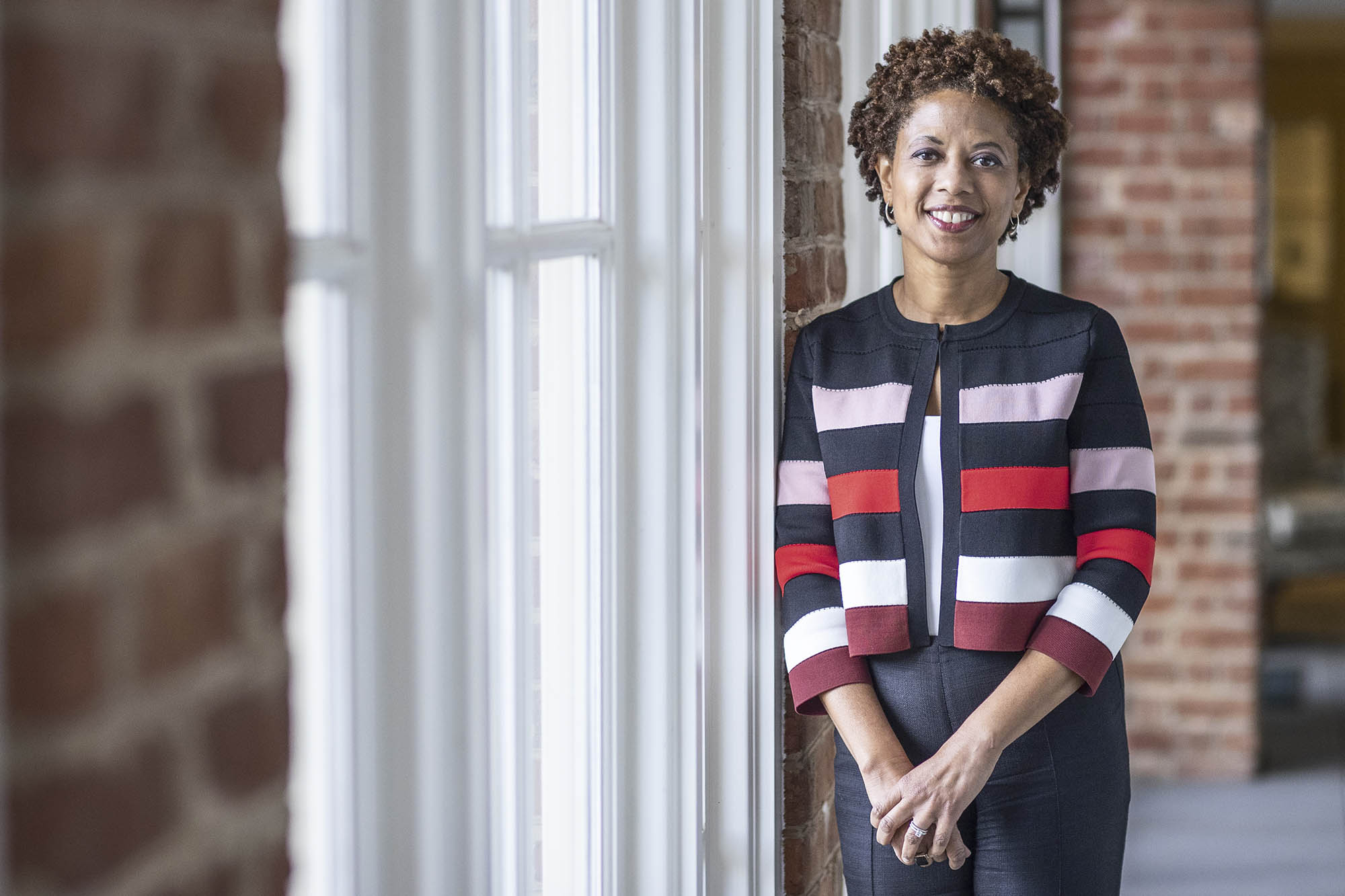 Currently co-director of the University of Virginia’s Democracy Initiative, she previously served as a presidential adviser and director of the White House Domestic Policy Council during former President Barack Obama’s administration. She has more than 25 years of experience working in government, including as chief counsel to the late Sen. Edward Kennedy on the Senate Judiciary Committee, director of legislative affairs for the U.S. Equal Employment Opportunity Commission, and assistant counsel to the House Judiciary Subcommittee on Civil and Constitutional Rights.

Now Barnes leads the Democracy Initiative, which uses research, teaching and public events to explore pressing challenges to democracy worldwide, and serves as a professor of practice at UVA’s Miller Center of Public Affairs. This spring, she co-taught a Pavilion Seminar on LBJ and the Great Society with Sidney Milkis, the White Burkett Miller Professor in the Department of Politics and a faculty associate at the Miller Center.

“This past year was the year of the Great Society for me,” she said. “I find that period to be so fascinating. The Vietnam War, for obvious and good reasons, casts a long shadow on Johnson’s presidency, but he also got a lot done in a short time – big things that fundamentally changed the country and helped continue to shift the relationship between citizens and government.”

Barnes noted that one key piece of the Great Society program – the Civil Rights Act of 1964 – was signed the year she was born.

“I look can look back at my own career and life, and see how that legislation shaped the way I grew up and the opportunities I have had,” she said.

The podcast, which includes seven episodes that aired from February to March, delved into topics that included health care legislation, the “war on poverty,” Johnson’s relationship with the Rev. Dr. Martin Luther King Jr. and other leaders in the civil rights movement, and the mechanics of getting such significant legislation through Congress – something that Barnes, from her days as Obama’s domestic policy adviser, knows is no easy task. 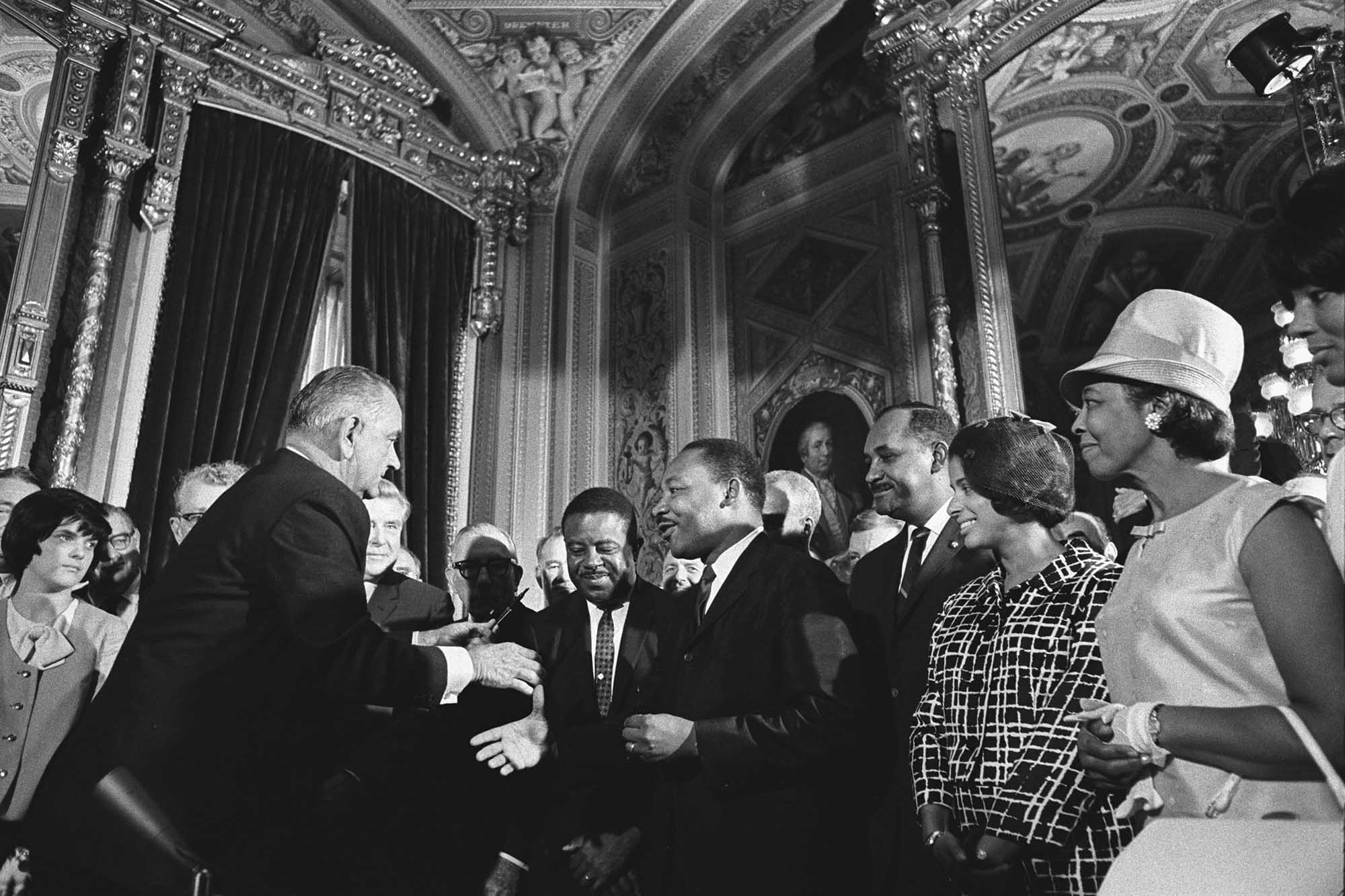 “The Miller Center has a treasure trove of presidential recordings, a real gold mine for anyone studying the presidency,” Barnes said. PRX producers had already used the recordings on the “LBJ’s War” podcast, and Barnes was excited to explore Johnson’s tapes again.

As New Yorker writer Sarah Larson put it in her review, the podcast “lets us eavesdrop on history – Johnson’s phone calls, Lady Bird’s audio diaries – and hear how the sausage got made.”

“You really get a strong sense of his personality,” Barnes said. And, she pointed out, listeners get to hear directly from some of history’s lesser-known characters, through phone calls and meetings between the president, his advisers and staff members.

“You are hearing voices of people who we might not know by name now, but who were instrumental to making the Great Society and the civil rights movement a success,” Barnes said.

Barnes sees many parallels between Johnson’s time and the political challenges the country faces today, including questions about how government can assist its people and provide a safety net in challenging times, and how protest movements can influence policy.

“The relationship between a grassroots movement and the White House, the interplay between them, and the willingness of a president to do big things and put big things on the line – all of those feel very relevant right now,” Barnes said. “Over and over again, in our Pavilion Seminar, students compared Johnson’s moment in history to what they are living through and witnessing now.”

Barnes also sees a lot of promise in podcasting, especially as a way to share scholarship with large audiences. Two Democracy Initiative labs -- the Religion, Race & Democracy Lab - and the Deliberative Media Lab -- produce two widely distributed podcasts: “The Sacred and Profane,” focused on religion and democracy and ranked as the No. 3 religion podcast on iTunes charts in April; and “Democracy in Danger,” which examines threats to liberal democracy. The latter provides the basis for a Signature January Term course, also called “Democracy in Danger,” taught by history professor William Hitchcock and media studies professor Siva Vaidhyanathan, who host the podcast.

You can listen to all seven episodes of “LBJ and the Great Society” here.