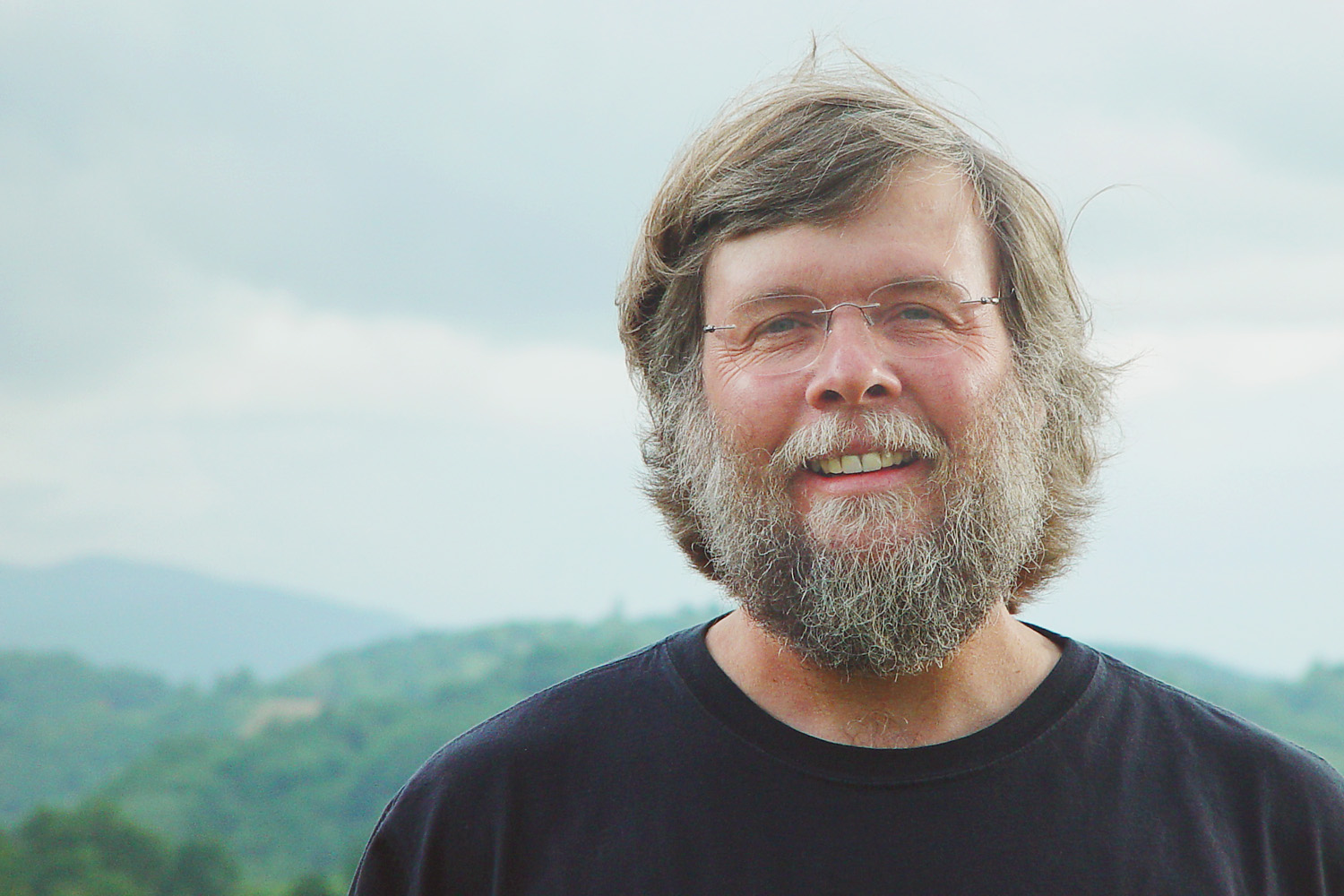 Environmental scientist Rick Webb has lived his life loving mountains and rushing water. He built a career studying and caring for mountain streams. For 25 years, Webb served the University of Virginia and the natural environment of Virginia as projects coordinator for two long-term environmental monitoring programs, the Shenandoah Watershed Study, known as SWAS, and the Virginia Trout Streams Sensitivity Study, called VTSSS.

The two studies evaluate the effects of acidic deposition – often called “acid rain” – and other ecological stressors, including climate change, on Virginia’s native trout waters. VTSSS is one of the nation’s largest and most comprehensive long-term stream chemistry surveys and has informed air-quality decisions by officials at the U.S. Environmental Protection Agency.

Late last month, Webb retired from U.Va., and on Thursday he gave a departmental seminar on the decades-long findings of the SWAS and VTSSS projects. Though he is stepping aside, he is not stepping away; Webb will continue to support the projects as a senior scientist, providing data analysis and other services, often from the rural home in Highland County he built in recent years with his wife, Susan. He also will spend some of his time fly-fishing for brook trout in the local streams, some of which he’s often waded and studied.

“Rick has greatly advanced our understanding of cold-water fisheries in the mid-Atlantic region,” said Jim Galloway, a U.Va. environmental sciences professor and co-program director of both projects. “It is clear that neither would currently exist if he had not provided the leadership and constant work to keep them going. Rick also was instrumental in starting VTSSS. We are grateful for his hard work and dedication.”

On Thursday, officials from Shenandoah National Park and the conservation organization Trout Unlimited expressed their appreciation to Webb by presenting him with letters from their top administrators. Trout Unlimited gave Webb its Distinguished Service Award and the park gave him a gift and has nominated him for the National Park Service’s Director’s Award for Natural Resource Research.

Major surveys conducted by Webb and his colleagues in 1987, 2000 and 2010, and ongoing sampling at multiple stream sites in Shenandoah National Park and western Virginia, have demonstrated that amendments to the 1990 Clean Air Act have led to improvements in the water quality and habitat of brook trout and other aquatic creatures in many of Virginia’s mountain streams.

Brook trout, the only trout native to the eastern United States, require clean water to propagate and are highly susceptible to acidity deposited to the water from air pollution. Brook trout and the generally clean and remote streams they inhabit are considered harbingers of the overall health of the environment.

“I have been privileged to know and work with many of the scientists, natural resource managers and conservationists who are working to understand and preserve the natural environment in the central Appalachian region,” Webb said in an email. “I think we’ve made a difference, and I’m proud to be a part of that.”

Webb gave particular credit to his colleagues Galloway and Jack Cosby, co-program directors of SWAS-VTSSS, and to the volunteers of Trout Unlimited, who have supported the programs and helped collect data by sampling streams throughout the region.

“It’s been a remarkable testament to the value placed on wild brook trout and the streams and watersheds where they continue to exist,” Webb said.

He noted that despite the positive effects of reduction in acid-forming emissions over the last 20 years, some streams have been “slow to recover.” For the more acidified streams, recovery will be “long delayed due to the cumulative damage to watershed soils caused by a century of acidic deposition.”

He suggested that further reductions in acid-forming emissions would be helpful, as emissions “still exceed natural levels.” And habitat would be further helped by reductions in disturbances to natural environments.

“Brook trout are a symbol of the best of what remains; an indicator of where we stand in relation to a sort of fundamental impoverishment of nature and ultimately ourselves,” Webb said. “We face a seemingly relentless pressure to sacrifice things of long-term value for short-term gain.

A Giant ‘Thank You,’ a Dose of Optimism and Bonus Good News END_OF_DOCUMENT_TOKEN_TO_BE_REPLACED