Lt. Col. Peralta Brings His Experience and Love of Teaching to Army ROTC 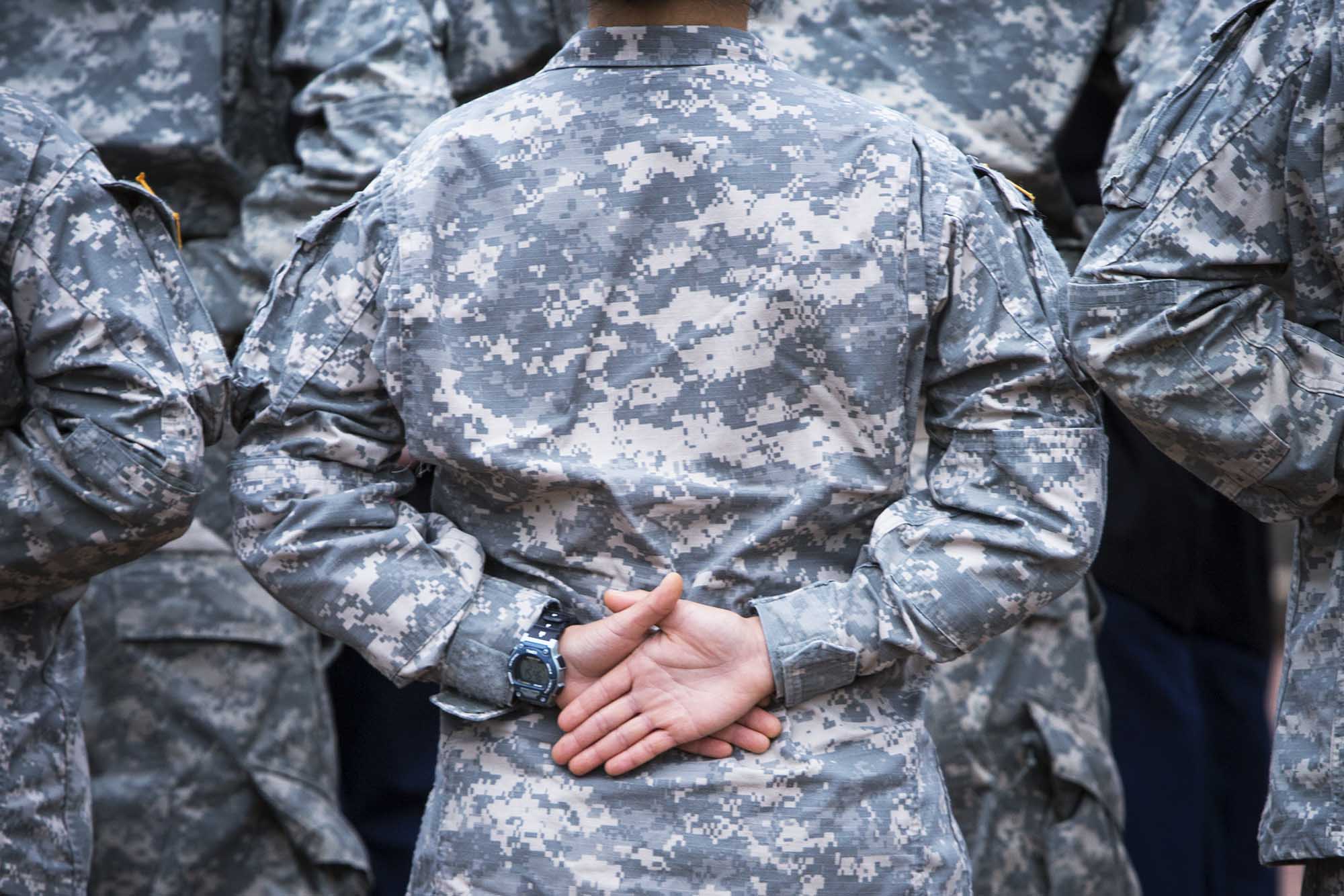 Lt. Col. Geraldo Peralta, the new commander of the Army ROTC program at the University of Virginia, is not a stranger to Charlottesville, or to teaching.

Peralta, a former instructor at the United States Military Academy at West Point, New York, has visited Charlottesville often as a bicycle racer.

“I would come to Charlottesville every year for the last six years, once a year to race at the Jefferson Cup Road Race and we would spend a weekend here,” he said. “I just fell in love with the town. And it doesn’t hurt that the school and the program have a great reputation. It was a great opportunity for me when I had a chance to select where I would go.”

More important, he fell in love with teaching while at West Point.

“The fact that you can have an impact on the future officers in the Army and maintain over the years a relationship with that crop of growing officers as they are learning their lessons,” Peralta said, “I found it to be a very rewarding experience. Now that I have just finished commanding a battalion, I have an opportunity to do it again.”

Peralta, who has a masters’ degree from Columbia University in organizational psychology and leadership, taught at West Point as part of the Eisenhower Leadership Development Program.

“What you teach the cadets is about group dynamics and learning about absorbing your environment and applying the best of all the tools you have to get a result,” Peralta said.

Peralta described his learning and teaching experience while at the Eisenhower Program as “transformational.”

“Because of that program, I was a much better parent than I would have been otherwise,” he said. “As I was going through that program, my kids were teenagers and it gave me great tools to work with them.

“The cadets benefit quite a bit from the experience in terms of developing their leadership, navigating their group dynamics and helping each other,” he said. “They learn to become a team and tackle academics as a team in a way that led them to achieve more than they would have otherwise.”

He said students arrive at West Point with full confidence in their abilities.

“They have a similar situation to what I see here at UVA,” Peralta said. “All of those students were superstars in their individual high schools and they show up at a school where everyone was a superstar in their high school. All of a sudden they are a little fish in a big ocean and that is a shock for a lot of them.” He said while many of the students are good at what they do, they need to learn how to prioritize. And he also wants to teach them resilience.

“Some of the ones who appear outwardly very confident and cocky don’t know how much they can achieve,” Peralta said. “One thing that drives me is watching them be in awe of how much more they can do than they thought was possible.”

Peralta, a native of Dominican Republic, started working at age 11 to help support his family. After graduating high school, he married his high school sweetheart and moved to Miami, where he earned certification as an avionics technician, a skill sought by the military. He joined the Army as a helicopter crew chief later than most, as a husband and a father.

“That was in 1992 and I have been in the Army ever since,” he said. “I have loved it and it has provided an amazing opportunity. You really do learn to look at life differently. You learn to become flexible, and that there are going to be challenges that you have to figure out how to overcome. You adopt a mentality that you will overcome the challenges – you just have to figure out how.”

Peralta, who holds a bachelor’s degree in aeronautics from Embry-Riddle University, has had a variety of military assignments, including posts at Fort Carson, Colorado; Iraq; Joint Base Myer-Henderson Hall, Virginia; the Pentagon; and Fort Bragg, North Carolina.

Peralta said that although he is walking into a good program, he plans to assess it to see where he could make improvements.

“This semester we are offering all classes virtually in lieu of face-to-face classes, with the exception of all their labs, where the cadets need to be observed performing an action,” Peralta said. “Those labs we have to do in person, we will do outdoors. For inclement weather, we may need to reschedule the labs.”

Peralta has learned through his life and time in the Army that there is always room for improvement.

“I try not to take myself too seriously,” Peralta said. “I try to remain approachable and remember where I came from, for those young men and young women. If you are too full of yourself, they will never reach out to you or come to you for help. At the end of the day, I want to figure out how to graduate the best officers possible.”

For All of Us END_OF_DOCUMENT_TOKEN_TO_BE_REPLACED