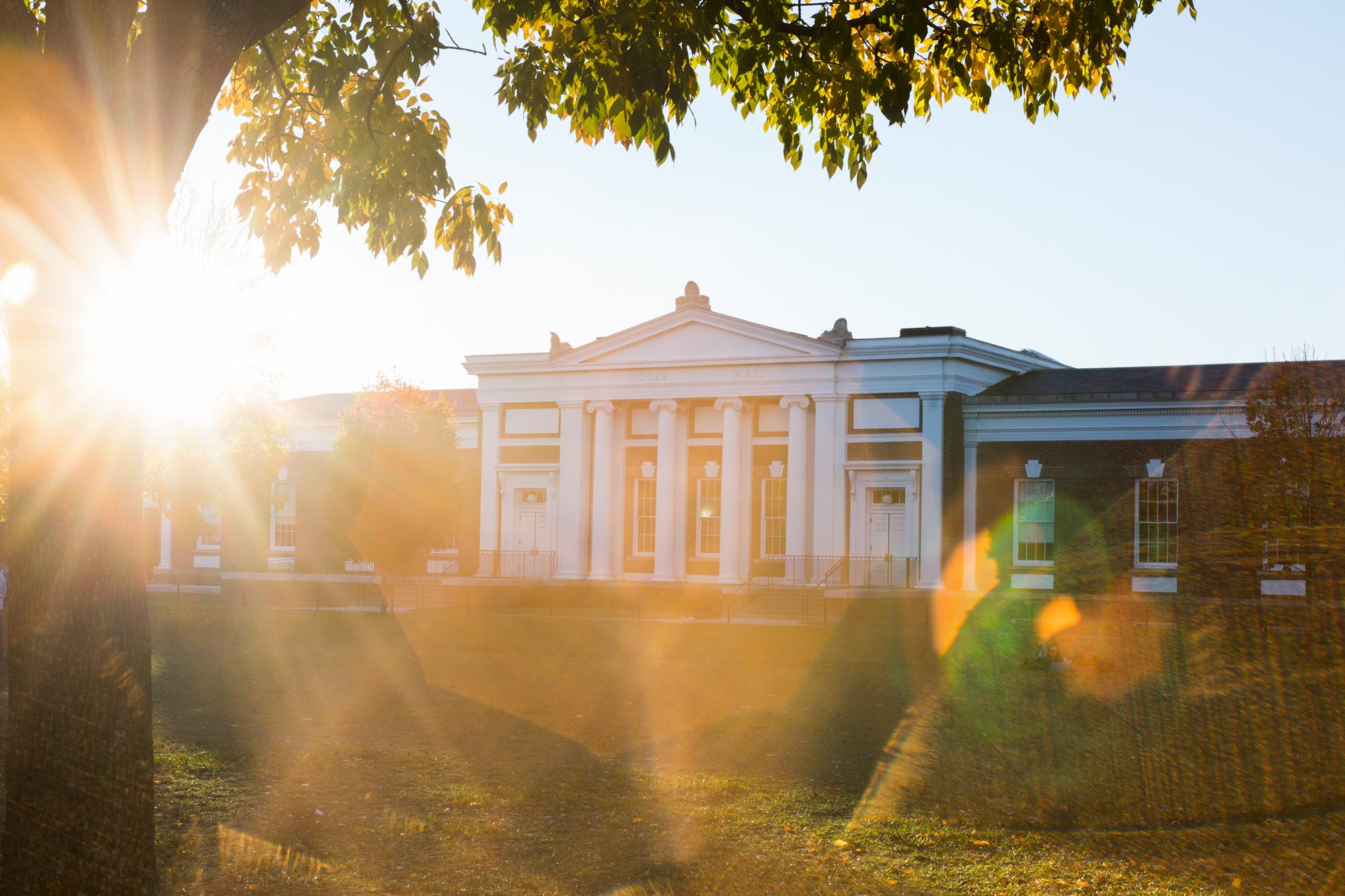 Two University of Virginia undergraduates – a cancer researcher and a cell signaling investigator – have been named Beckman Scholars.

Ashley Hirt of Loudoun County, a third-year student double-majoring in biology and statistics in the College of Arts & Sciences, and Nikita Sivakumar of Ashburn, a second-year biomedical engineering major with computer science and engineering business minor in the Engineering School, are this year’s recipients of the Arnold and Mabel Beckman Foundation Scholarships.

UVA is one of 10 schools nationwide participating in the Beckman Scholars program, largely because of its commitment to encouraging and supporting undergraduate research. The Arnold and Mabel Beckman Foundation awarded the University a three-year grant worth approximately $156,000 to annually fund scholarships for two undergraduate researchers working in chemistry, biochemistry and the biological and medical sciences.

The locally selected scholars receive $21,000 in stipends and travel support for two summers and one academic year. Each winner’s mentor is provided with an additional $5,000 to be used in direct support of their scholar.

“Every year the Beckman selection committee is faced with the challenge of selecting scholars from an incredibly talented pool of applicants. Indeed, our applicant pool this year was simply tremendous,” said Richard J. Price, a professor of biomedical engineering and director of the Beckman program. “The University should take great pride in knowing that our undergraduate students are performing scientific research at a world-class level.”

Hirt works in associate professor Christopher Deppmann’s lab, which focuses on how cell signaling, either for growth or death, facilitates development of the nervous system.

“My project examines this larger theme in the context of the enteric nervous system, which exercises control of gut contraction and functions semi-independently of the brain,” Hirt said. “I investigate this topic because of its implications in understanding the development of irritable bowel disease.”

The Beckman grant will provide her financial support to work in the lab full-time for two summers. It will also help her with travel to professional conferences, particularly the annual Beckman Scholars Symposium, where she will present her research.

“I plan on becoming a physician-scientist, where I will undoubtedly put to use the independence and critical thinking skills fostered through this grant,” Hirt said. “By piloting a research project, I will learn how to anticipate and solve challenges, an ability useful in both medicine and science. Also, attending conferences will allow me to learn from my peers’ work, as well as practice translating and presenting specialized, technical information for a general scientific audience.”

“Ashley has demonstrated commitment to research for the last three years in the lab,” Deppmann, who holds appointments in the departments of Biology, Biomedical Engineering, Cell Biology and Neuroscience. “She has developed a very interesting and original idea examining the nervous system that resides in our gut and remains fairly mysterious. She will be a credit to the Beckman Scholars program.”

Austin Keeler, a postdoctoral fellow in Deppmann’s lab, said Hirt has a curious nature and digs deeply into questions.

“She doesn’t just accept what others tell her; rather, she listens and learns and then delves even more into the material,” Keeler said. “She’s taught me so much over the years. She’s self-confident and independent, but gets along really well with others. She has a great sense of humor and she brings a great deal of laughter to the lab, her own and others’. She has an infectious excitement for practically everything.”

Hirt is a member of the American Medical Student Association at the University. She is also a volunteer for Challah for Hunger, an international charity that raises money to combat hunger and raise awareness about the issue of hunger.

“With the quarantine, unfortunately, I won’t be able to jump into my work this semester,” she said. “But I’m so excited to get started and so grateful for the opportunity to pilot my own project, something that’s so rare for an undergrad, but so important to hone my skills. It’s like what was just a dream has become reality.”

Nikita Sivakumar, who works in Dr. Shayn Peirce-Cottler’s and Matthew Lazzara’s research laboratories in the Department of Biomedical Engineering, is focusing on tumor growth and progression.

“One of the primary reasons most cancers become untreatable is metastasis, the ability of a tumor to invade secondary sites in the body,” Sivakumar said. “Most tumors are made of many different cell types that are constantly signaling between each other, which manifest in different spatial organizations within tumors.

“My proposed research focuses on creating an agent-based model of pattern formation in tumors as a result of tumor heterogeneity and predicting how these patterns impact the chance of tumor metastasis.”

Sivakumar, who started working in undergraduate research in Peirce-Cottler’s and Lazzara’s research laboratories as a first-year student, said research was one of the most rewarding experiences she has had at UVA. 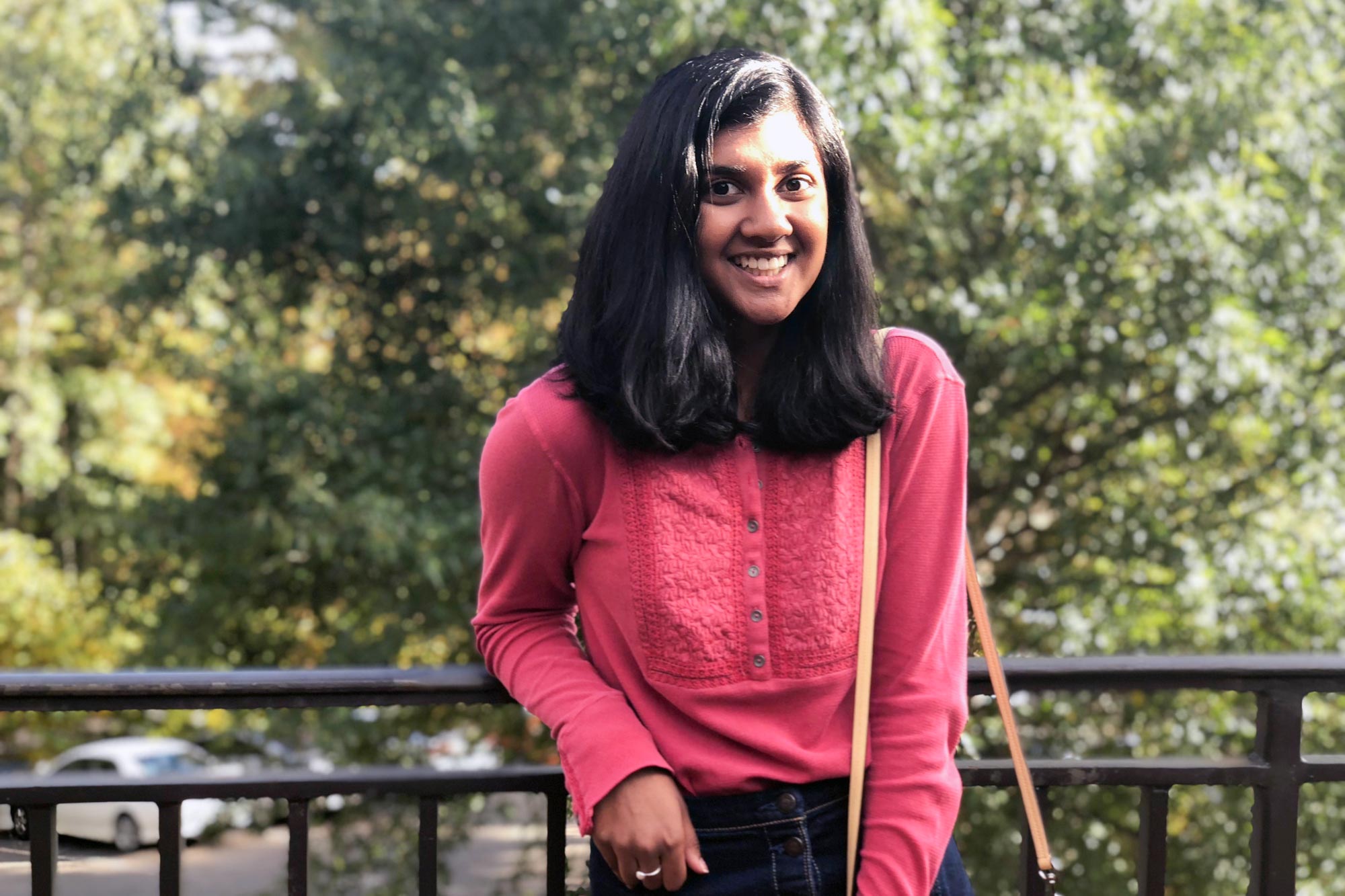 “I love being able to take ownership of a scientific question and explore it from every possible angle,” she said. “I applied to this scholarship as a means to continue my research for the remainder of my time at UVA. This scholarship will allow me to develop as a scientist and provide me with the mentorship to pursue computational cancer research as a career.”

Sivakumar presented her research at the annual Biomedical Engineering Society in October 2019. She has also turned her sights on teaching.

“Starting the fall semester of my second year, I taught a one-credit class through the engineering student-taught class program on agent-based modeling, the form of computational modeling I use in my research,” she said. “From a young age, I have been interested in using computational modeling as a tool to predict the growth and migration of tumors. This field of research integrates my passions in cancer biology, mathematics and computer science.”

Peirce-Cottler, a professor of biomedical engineering and graduate program director, is impressed with Sivakumar’s creativity and diligence.

“When faced with a new research question or a problem to solve, she thinks about it from many different perspectives and tries many different approaches – picking it apart, piece by piece in order to figure it out,” she said. “This research tenacity comes naturally to Nikita, and the result is that her research outputs are extremely detailed, comprehensive and robust.

“Nikita is determined and confident, yet humble and open to feedback, which is a balance of personality characteristics that makes her an outstanding scientist and engineer. For two semesters in a row, Nikita has taught her own student-taught course, and she is an inspiring teacher who is deeply committed to helping others, both in the classroom and in the laboratory.”

Sivakumar, who served one term as a production editor for the Cavalier Daily, is also a member of Engineers Going Global, which is geared toward providing funding for student-proposed engineering design projects. She works specifically on the “Dysphagia Straw Project,” which aims to create a drinking aid for patients with swallowing disabilities.

A graduate of Northern Virginia’s Thomas Jefferson High School for Science and Technology, Sivakumar plans to pursue a Ph.D. in computational biology and a career in computational cancer research.

“I plan to use this scholarship as funding to continue running experiments to validate and test my predictive agent-based model,” Sivakumar said. “Additionally, I hope to use the scholarship to attend biomedical engineering and cancer research conferences, where I may learn from experts in the field and have the opportunity to present my own research.”

It’s Copperhead Season in Virginia. Here Is What You Need to Know END_OF_DOCUMENT_TOKEN_TO_BE_REPLACED

What’s Next for UVA’s Class of 2022? END_OF_DOCUMENT_TOKEN_TO_BE_REPLACED