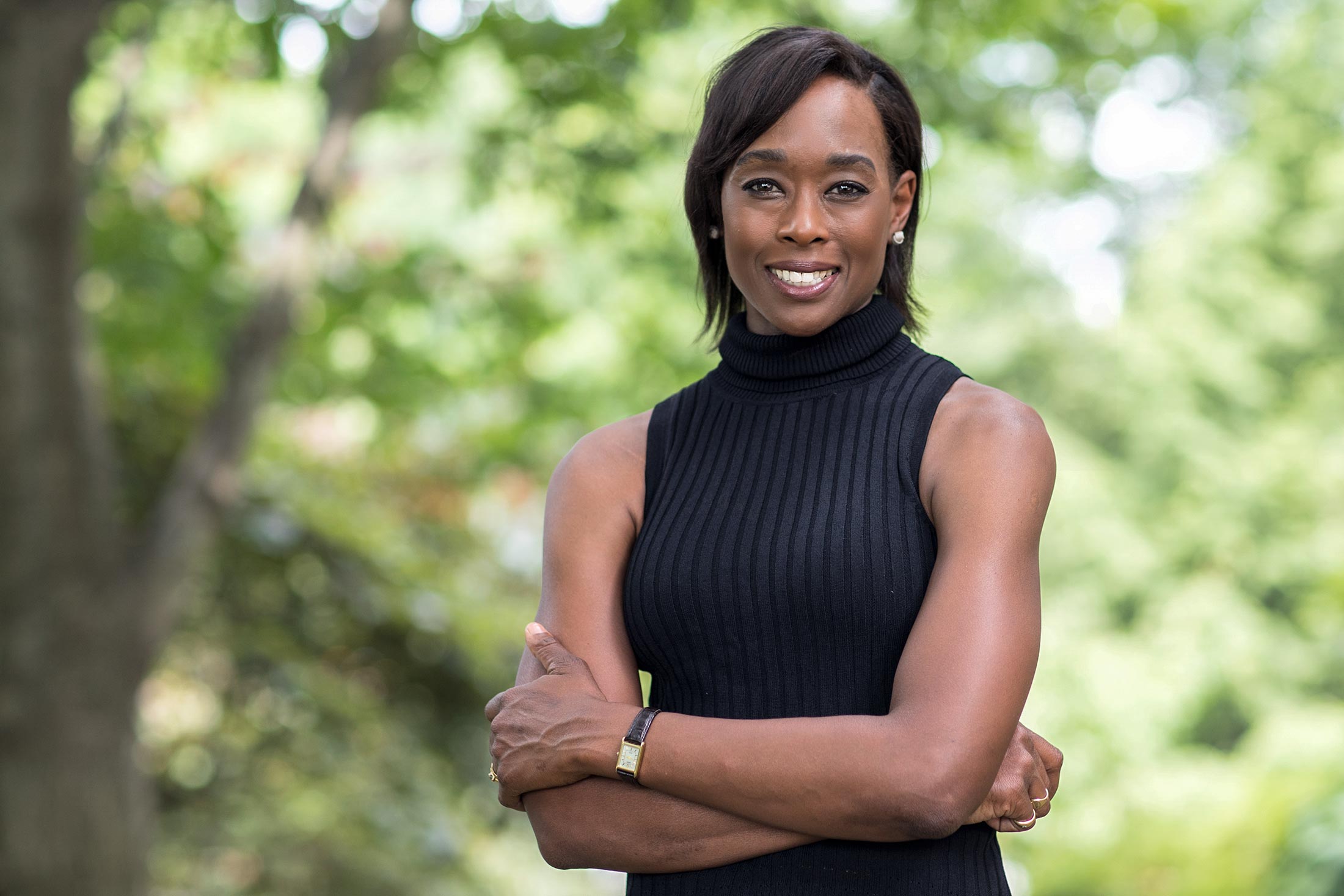 University of Virginia alumna and bestselling author Margot Lee Shetterly will join UVA’s McIntire School of Commerce and School of Engineering as a visiting scholar for 2019, with the goals of furthering her research into untold histories of African-Americans and inspiring students to explore the intersections of history, technology, race, gender, work identity and social mobility.

The title was named a top book of 2016 by TIME magazine and Publishers Weekly, and in 2017, it was awarded Best Nonfiction Book at the NAACP Image Awards and Best Book at the National Academies of Sciences Communication Awards. Shetterly served as an executive producer for the Academy Award-nominated film adaptation of the book, and her research has been supported by Virginia Humanities and the Alfred P. Sloan Foundation.

Shetterly, a 1991 graduate of the McIntire School, and her husband, writer Aran Shetterly, live in Charlottesville. Since the success of “Hidden Figures,” she committed to publish two more books in a trilogy loosely shaped around charismatic mid-century African-American figures.

“At McIntire, we believe in important scholarship, an inclusive mindset and the responsibility to use one’s own experience and influence as a catalyst for change,” said Carl Zeithaml, dean of the McIntire School. “Margot embodies all of these beliefs, and I am excited to see her scholarly pursuits illuminate new stories and reshape history as we know it.”

“Margot’s work is groundbreaking because it draws attention to the importance of every person’s talents, perspectives and experiences as we strive to solve humanity’s biggest challenges and make the world a better place,” said Pamela M. Norris, UVA Engineering’s executive dean and co-principal investigator of UVA CHARGE, a program dedicated to increasing the participation of women in science, technology, engineering, math, and social, behavioral and economic science careers.

Highlighting her appointment, on the evening of March 26, Shetterly will headline the inaugural installment of the McIntire School’s Centennial Speaker Series – keynote talks and conversations that celebrate McIntire’s upcoming 100th anniversary, in 2021. The event, an intimate conversation with Shetterly moderated by McIntire alumna Heidi Connal, will be free and open to the public.

Before the public event, UVA Engineering will host a panel discussion for first-year engineering students who read “Hidden Figures” for their “Common Reading Experience” during the summer before their first semester. The panel discussion will feature Shetterly; NASA engineer Christine Darden, whose story was told in the book; and UVA alumna Jill Tietjen, a women’s STEM champion and co-author of “Her Story: A Timeline of the Women Who Changed America” and “Hollywood: Her Story, An Illustrated History of Women and the Movies.”

Both events will take place in Old Cabell Hall.