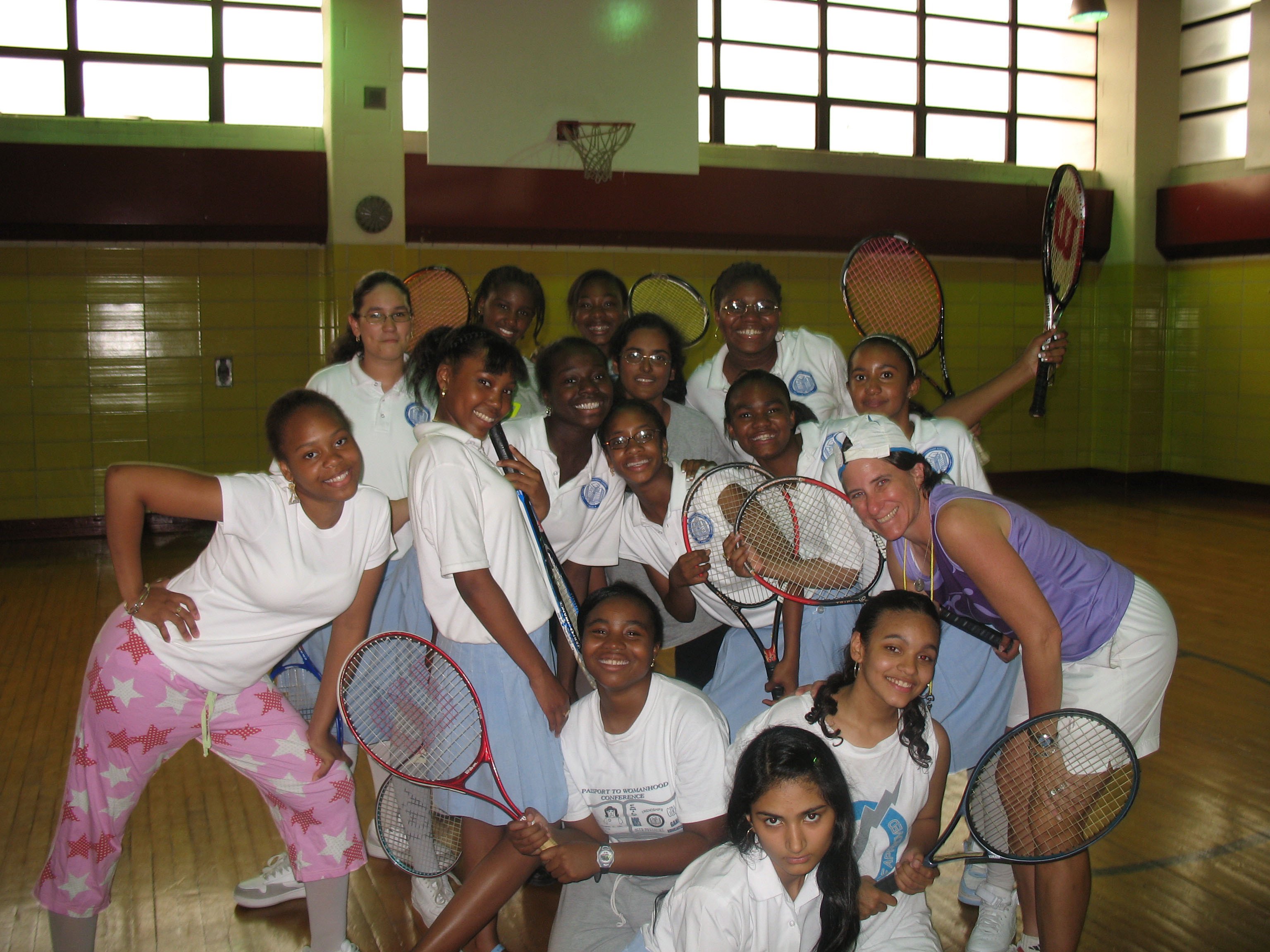 May 13, 2010 — Ellen Markowitz used her instincts and passion to help empower girls through sports in New York City. Now the University of Virginia graduate education student, who will earn her Ph.D. from the Curry School's Leadership, Foundations & Policy Department on May 23, is lending her experience and knowledge to benefit Charlottesville children.

"I have always believed in the power of sports to transform children's lives," Markowitz, 48, said. "It's my passion to create opportunities, particularly for girls, to learn life skills through sports."

In 2000, Markowitz founded the nonprofit organization PowerPlay NYC to educate and empower New York City girls, building self-confidence and self-esteem through sports and life-skill training. The organization has helped an estimated 5,000 girls of color in New York City since its inception.

While she believes that sports can be a powerful vehicle to teach skills such as goal-setting, managing emotions and teamwork, Markowitz points out that girls have fewer opportunities in sport than boys.

"Research shows that girls begin sports later than boys, and tend to drop out earlier, around ages 12 and 13," she said. "Also, urban girls of color have the least opportunities in sports of any demographic group."

When Markowitz started in sports-based youth development in the mid-1990s, there weren't many organizations doing this work.

"I learned by being in the field, partnering with community-based organizations, asking what their needs were – just grassroots kinds of things," she said.

And while much of her intuition and work in the field proved to be on track, her work at U.Va.'s Curry School of Education has made her even more thoughtful and informed.

"I came to Curry because I wanted to put the theory and researcher hats on, and build on my practitioner knowledge," she said. "The best way to bridge research-to-practice gaps in any content area is to understand and be able to speak both languages. Now, I can be a better translator. Curry has provided me with so many opportunities to add new skills, like conducting quality research and program evaluation."

Although she has spent most of her professional career in the Big Apple, having the chance to live in a smaller town has been a real treat for her.

"In my four years here, I have really grown to love Charlottesville," Markowitz said. "It's the perfect size and scope for where I am now in my life."

Charlottesville may offer a slower lifestyle, but Markowitz's accomplishments prove otherwise. During her studies, she has worked on the Young Women Leaders Program with four local middle schools, and in between doctoral responsibilities, she has taught tennis to young children and has been involved with other nonprofits in town. In addition, this summer she is launching QuickStart PLUS, a tennis and life-skills camp for children ages 5 through 11.

The life skills portion of QuickStart PLUS will include activities that teach goal-setting, focus and concentration, positive self-talk, team-building and managing emotions.

"It's a myth or misperception that when children play sports, they learn life skills," Markowitz said. "It doesn't happen automatically. Life skills need to be intentionally taught by adults ... and when that happens, the results can be powerful."

Raised in a family of avid sports enthusiasts, including two older brothers, Markowitz said her interest in helping kids through sports came from her own childhood where she was encouraged to participate and succeed in sport.

"I was exposed to sports at a young age and was encouraged to participate and do well," she said. "I received a lot of positive feedback from my sports involvement, at home and at school. I was always the first girl picked in gym class."

Although she never experienced what it felt like to be picked last, she thinks often about the kids who are. During her consulting work with after-school programs in New York City, she described a gym session in which two overweight African-American girls were the last two picked for teams.

"It just broke my heart, because those overweight youth and youth who are picked last are the ones who most likely will not be participating in sport and physical activity in the future, and they are the ones who need it the most," she said.

"He completely did not realize the effect that allowing kids to pick teams might have on some of the kids," she said. "He was so appreciative and thanked me. He really got it and that was gratifying for me."

Markowitz played varsity tennis at Yale and has competed in USTA tournaments ever since, reaching a No. 2 amateur ranking nationally in the 40-44 age group during 2006. In 2007, she represented the USA at the International World Championships in Antalya, Turkey.

She has integrated herself well into Charlottesville's active tennis community, playing three to four times a week and teaching tennis in the summers. With graduation around the corner, she is looking forward to the next phase of teaching life skills through sport.

A Year We Will Never Forget: 2019-20 in Review END_OF_DOCUMENT_TOKEN_TO_BE_REPLACED

‘What Will You Carry With You?’ Remarks From UVA President Jim Ryan END_OF_DOCUMENT_TOKEN_TO_BE_REPLACED