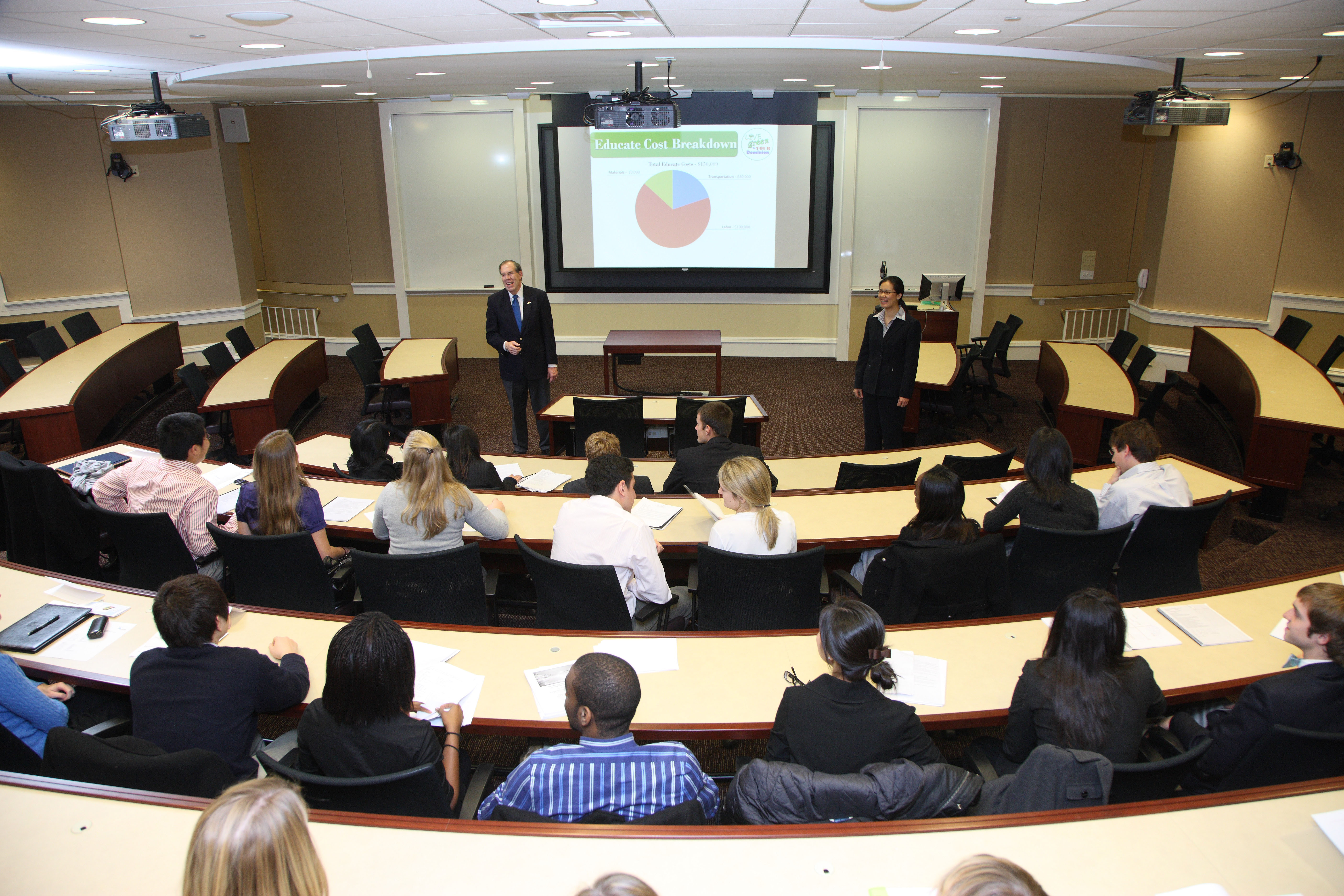 March 3, 2011 — The McIntire School of Commerce at the University of Virginia was once again ranked second among the nation's best undergraduate business programs, according to the annual Bloomberg Businessweek rankings, and it remains the top-rated program among public institutions. The rankings were announced today in a live Web chat with Businessweek editors.

"McIntire earned A-plus grades for teaching quality, facilities and services, and job placement and was rated the No. 1 MBA feeder school," McIntire Dean Carl Zeithaml said. "In the six years that Businessweek has ranked undergraduate programs, the McIntire School is the only one to be consistently ranked either first or second."

Zeithaml noted that McIntire's faculty, staff, alumni and friends remain fully committed to creating the best undergraduate experience in the world. "Our world-class faculty of scholars, teachers and mentors continue to deliver excellence, to innovate, and to create a great sense of community," he said. "Our 2010 class secured excellent jobs. The students who entered in fall for the class of 2012 made up the statistically strongest class ever.

"Of course, our alumni and friends offer tremendous involvement and support, for which the school is deeply grateful," he added.

Among the nine metrics incorporated into the Bloomberg Businessweek ranking are surveys of senior business majors and corporate recruiters, median starting salaries for graduates, and the number of alumni each program sends to top MBA programs. The magazine noted, "At McIntire, 18 percent of junior business students elect to add an international component to the school's integrated core curriculum."

Other Virginia schools ranked in the top 50 were the University of Richmond (No. 12), the College of William & Mary (No. 23) and James Madison University (No. 28).

Complete rankings can be found on the Bloomberg Businessweek Web site.

Class of 2020: Memories and Moments From a Long-Anticipated Celebration END_OF_DOCUMENT_TOKEN_TO_BE_REPLACED