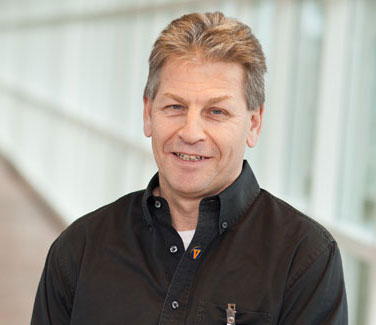 U.Va. professor Douglas Bayliss has been selected as a fellow by the American Association for the Advancement of Science.

Douglas Bayliss, Joseph and Frances Larner Professor and chair of the Department of Pharmacology in the University of Virginia School of Medicine, has been selected as a fellow by the American Association for the Advancement of Science.

Each year the AAAS Council elects members whose “efforts on behalf of the advancement of science or its applications are scientifically or socially distinguished.” Bayliss was recognized for his contributions to molecular pharmacology, physiology and neuroscience, particularly advancing our understanding of ion channels and their contributions to physiological processes and drug action.

The association also lauded his interest in fundamental scientific questions, his stewardship of students’ progress, his administrative acumen and his ability to build institutional consensus.

The tradition of AAAS fellows began in 1874 and is regarded as a prestigious distinction among scientists.

This year, 401 AAAS members have been named fellows in honor of their scientifically or socially distinguished efforts to advance science or its applications.

Bayliss and the other new fellows will be presented with a certificate and a rosette pin in February at the association’s annual meeting in San Jose, California.

How a Single Email Changed a Life END_OF_DOCUMENT_TOKEN_TO_BE_REPLACED

Fall Is in the Air on Grounds END_OF_DOCUMENT_TOKEN_TO_BE_REPLACED

At UVA, There Is a Club for Everyone END_OF_DOCUMENT_TOKEN_TO_BE_REPLACED