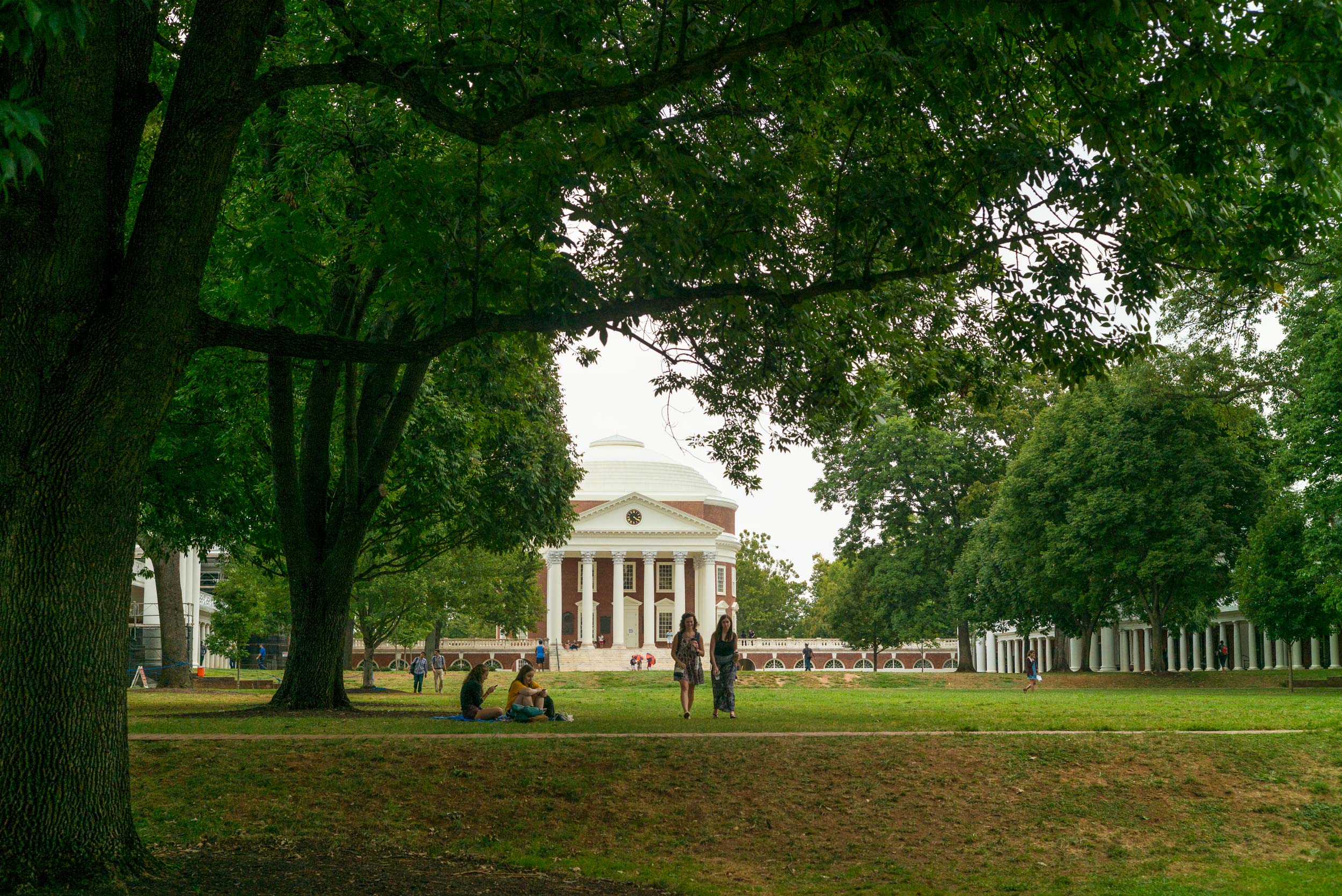 UVA’s offices of the Vice Provost for the Arts and the Vice Provost for Academic Outreach collaborated to host an On Campus event in March. The scholarships, given in the categories of storytelling, environmental resilience and community resilience, were awarded to students who demonstrated how their personal and professional goals fit with the mission of National Geographic, and went to Anna Beecher, Emily Victoria Long and Will Norton, respectively.

Beecher is pursuing a master’s degree in creative writing and working in both fiction writing and oral performance. She was raised in the Peak District National Park in England and her work focuses on the permeable boundary between humans and the natural world. Beecher’s work articulates a sense of the landscape’s power to return us to ourselves, and celebrates walking, which she says feels like an ever more radical act as the world comes under increasing environmental strain.

“I was incredibly lucky to have parents who took me out into nature and I have vivid memories of creating sculptures with my dad out of rocks and twigs, inspired by the artist Anthony Gormley,” she said. “I didn’t realize at the time of course, but I was being shown that nature was important.”

Long, a Virginia Sea Grant Graduate Research Fellow pursuing a doctorate in environmental science, observed a broad range of landowners and farmers experiencing sea-level rise while working on her family farm as a child.

“Farmers on the Eastern Shore of Virginia have been aware of and adapting to sea-level rise long before the issue was globally recognized,” she said. Her goal is to use her research to collaborate with those same farmers ensuring high productivity along the shore.

As for her relationship to National Geographic, she remembers the iconic yellow-bordered magazine; as a child, she was not allowed to touch one without asking for help. “The excitement that I got from looking through those old magazines developed into a love for science and discovery that, together with my on-the-farm upbringing, fueled my appreciation for our natural world and nurtured my academic interests,” she said. “The aim to preserve and sustain parts of our natural world and the cultures derived from the surrounding landscapes is what makes National Geographic so valuable to society.”

Norton, a fourth-year Echols Scholar from Charlottesville pursuing an undergraduate degree in linguistics, is researching the work of the late Peter Kalifornsky (1911-93), one of the last speakers of Outer Inlet Dena’ina language (spoken around Cook Inlet, Alaska), and the first to put it in writing. Norton himself speaks eight languages and has academic knowledge of Dena’ina, Quechua and Dakota. His study and love for languages is motivated by a desire to improve life for the people to whom the languages belong.

“National Geographic always inspired me with its effective way of combining curiosity about, and concern for, the world we live in,” he said. “There’s no objective reason we should learn or care about ‘small’ languages, other than the inherent interest they hold for the communities that speak or historically spoke them.”

Beecher feels the same: The National Geographic Society is about curiosity in many forms where science, image and story can meet, she said. Beecher said she sees in National Geographic’s focus on conservation “a sort of radical hopefulness, an exploration of how precious diversity might be preserved.”

“Throughout my 13 years at National Geographic, I have met many influential people, but none have inspired me more than the students we’ve engaged with,” said Michael L. Ulica, executive vice president and chief operating and financial officer at the National Geographic Society. “Their passion, ingenuity and innovative spirit sets them apart and it’s imperative that we invest in the next generation, empowering them to develop solutions for a more sustainable future.”

The National Geographic Society is an impact-driven global nonprofit organization that pushes the boundaries of exploration to further our understanding of the world. The society’s On Campus initiative provides college students with the opportunity to connect with National Geographic Explorers, encourages students to realize the impact they can have on the natural world and its communities, and provides them with the tools to enact real change.

The On Campus Scholarship amplifies National Geographic’s commitment to education supporting innovative students as they develop solutions toward a planet in balance.

UVA Weekly Episode 6: A New Look at Testing, Behind the Scenes at IM-Rec END_OF_DOCUMENT_TOKEN_TO_BE_REPLACED

Inside One of the UVA Labs Studying COVID-19 END_OF_DOCUMENT_TOKEN_TO_BE_REPLACED