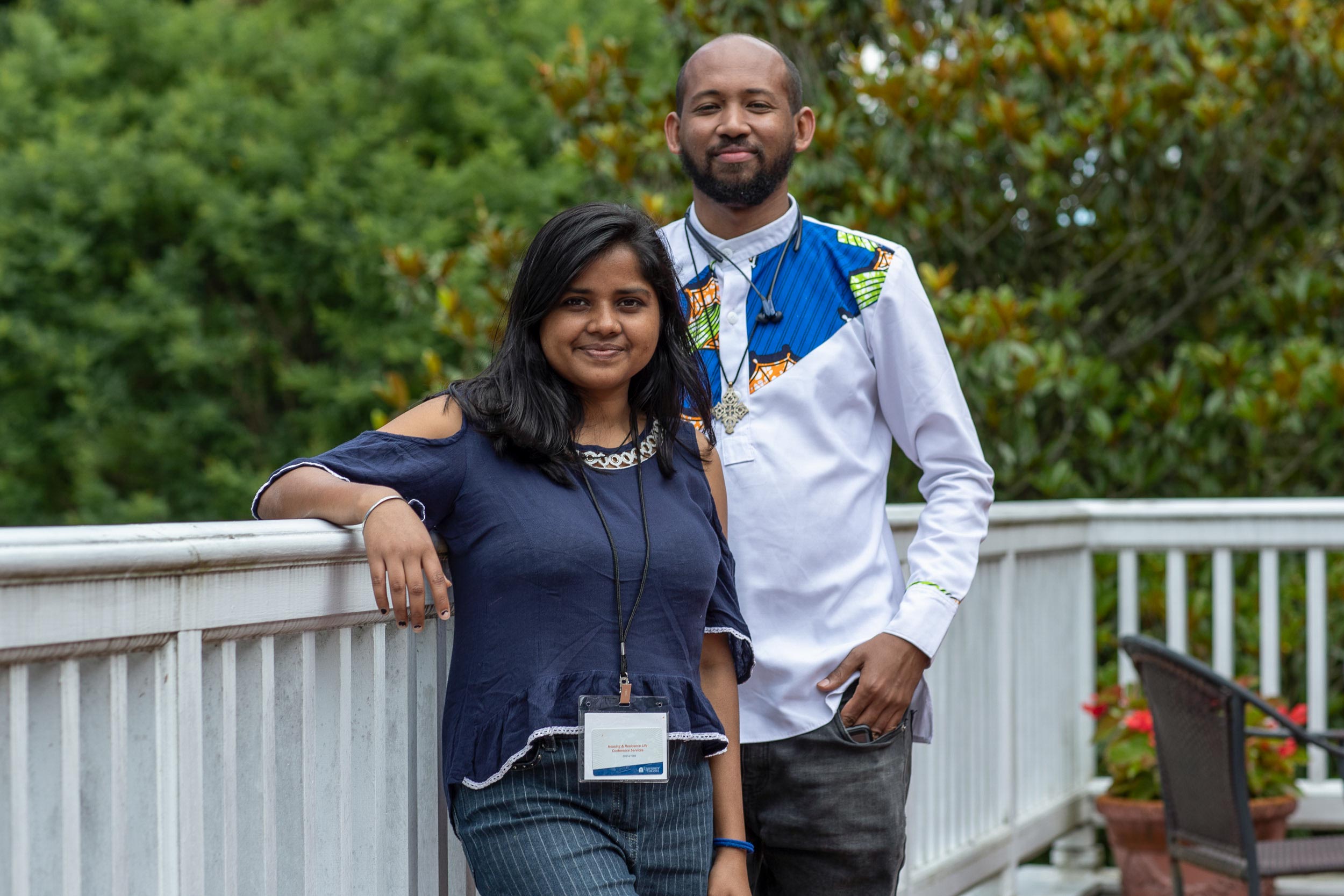 One year ago, the women charged with collecting waste in Rajgir, a small northeastern Indian city popular with tourists, would cover their faces as they went door-to-door, ashamed to be recognized.

Now, according to Gayatri Kumari, they walk more confidently and greet their neighbors more easily. They believe their work is important, a way to keep the city clean and help the environment through efforts turning waste into fertilizer or other recyclables.

“They feel respected in the city,” she said.

The change is in part due to Kumari’s work as a Dalai Lama Fellow, part of an international fellowship program that the University of Virginia’s Contemplative Sciences Center assumed leadership of last year. Founded in 2010, the one-year fellowships are designed to create a global community of ethical, compassionate leaders who have the skills needed to create and sustain real social change in the communities they serve. Fellows receive funding for projects, plus leadership coaching and education.

One fellow, Ethiopian Ephrem Woldeyesus, will use circus performance as a form of art therapy in his home country, working in both schools and refugee camps to help children heal from all-too-common cases of domestic violence.

Both the 2018 and 2019 classes of fellows gathered last week at UVA for the annual Dalai Lama Fellows Contemplative Leadership Assembly, and we caught up with Kumari and Woldeyesus to hear more about their projects.

A Sea Change in Rajgir

Kumari had previously volunteered with 2017 Dalai Lama Fellow Anurodh Sachdeva’s project promoting waste management in Rajgir, near where Kumari attended college at Nalanda University. Kumari used her fellowship year to continue and expand that work, particularly focusing on the 27 women who work for the city government’s solid and liquid resource management unit. 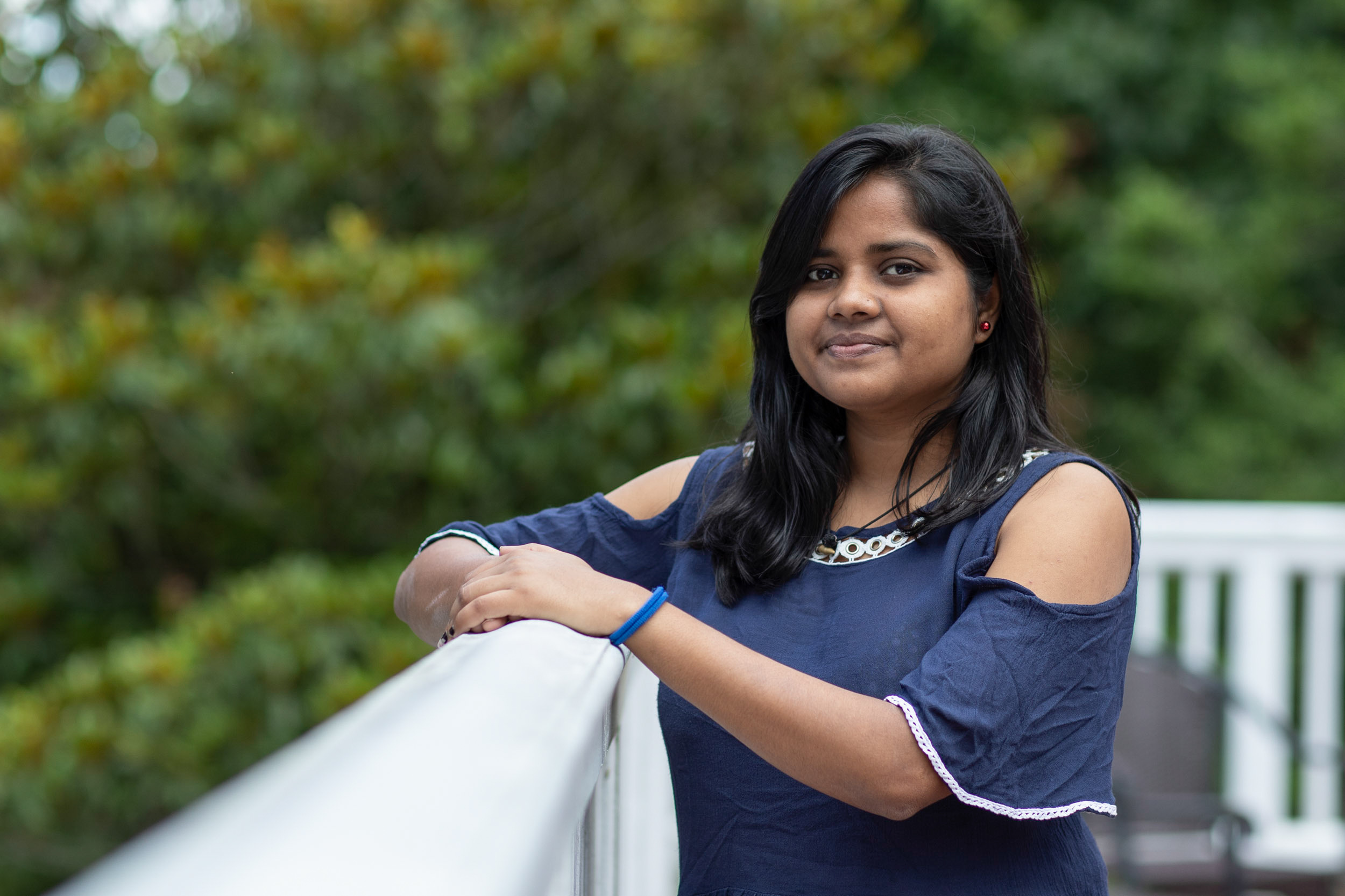 The women collect both organic and inorganic waste, sort out the recyclables, transform useable waste into baskets or other saleable products, and turn organic waste into fertilizer. It’s important work, but they had been unfairly stigmatized for “uncleanliness” associated with waste collection.

“I wanted to help the community see how important they were,” she said. “I went to the university, and the cleaning staff was working day and night, but getting ignored. We don’t see them.”

Kumari developed partnerships with the government and the university; conducted workshops for students, faculty, staff and citizens; and had students interview the women, asking questions about their lives and stories. She also encouraged the university to purchase the fertilizer the women produced, giving further credibility to their recycling efforts.

“This veneer of untouchability could not continue,” she said. “They are people. They deserve respect.”

Though her fellowship year is complete, Kumari plans to remain involved in Rajgir and advise the three university students who are taking over her mission. She will also start a new job with Harit Recyclers, where she will help implement plastic recycling in Patna, a large city about two hours from Rajgir.

A Circus – and Healing – for the Children of Ethiopia

Ephrem Woldeyesus loved drawing and painting as a child and later felt called to work in psychology and mental health. When he discovered art therapy, it felt like everything fit together.

Now, Woldeyesus is using “it” – and his Dalai Lama Fellowship – to change lives in his home country – more specifically, through circus art, which includes not only drawing and painting, but juggling, performance and more. 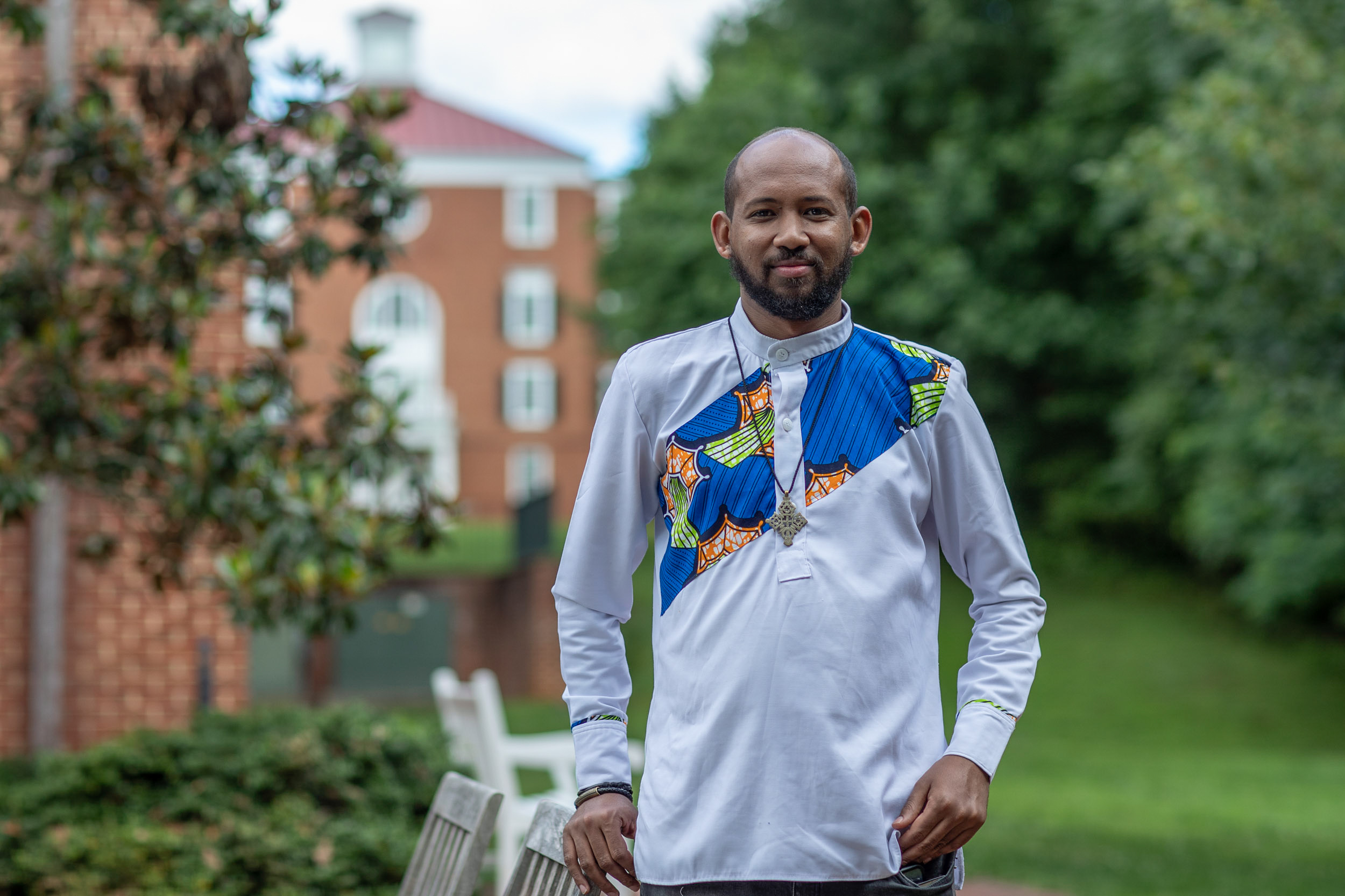 His project – called “Suneko,” to channel the positive energy of the sun – began three years ago when Woldeyesus partnered with an international circus artist who grew up in Ethiopia and has performed around Europe. Together, they planned after-school and weekend programming teaching circus arts and, most important, giving children a chance to express themselves. Children practice various art forms – from painting and photography to shadow art, juggling and various athletic feats – and perform for their communities.

“We chose circus because it is very inclusive,” he said, noting that it includes both artistic and athletic activities. “We aren’t looking for skill or talent, just kids who want to express themselves.”

Inspired by a “social circus” project that brought circus arts to war-torn Afghanistan, Woldeyesus will expand Suneko to refugee camps, as well as more schools. Internal displacement is an ongoing problem in Ethiopia, where more than 2 million citizens have fled violence around their homes. Domestic violence is also a concern; Woldeyesus said it is both common and, too often, accepted.

He hopes his work can help children process trauma in their past.

“The kids won’t just tell you their story like this,” he said, gesturing to the recording device on the table. “But as they play music, make art and get involved in the circus, they start to talk about it.”

Woldeyesus also hopes to help the children develop important tools, such as improved self-esteem and communication skills, that will help them now and in the future.

“There are more than 20 million people looking for jobs in Ethiopia,” he said. “We want to help them find jobs, and this is an alternative way of discovering your passion or profession.

A Chance for Self-Reflection

In line with other work at the Contemplative Sciences Center, the fellowship’s curriculum emphasizes self-reflection, contemplative practices, and emotional and intercultural skills as critical to social change work. 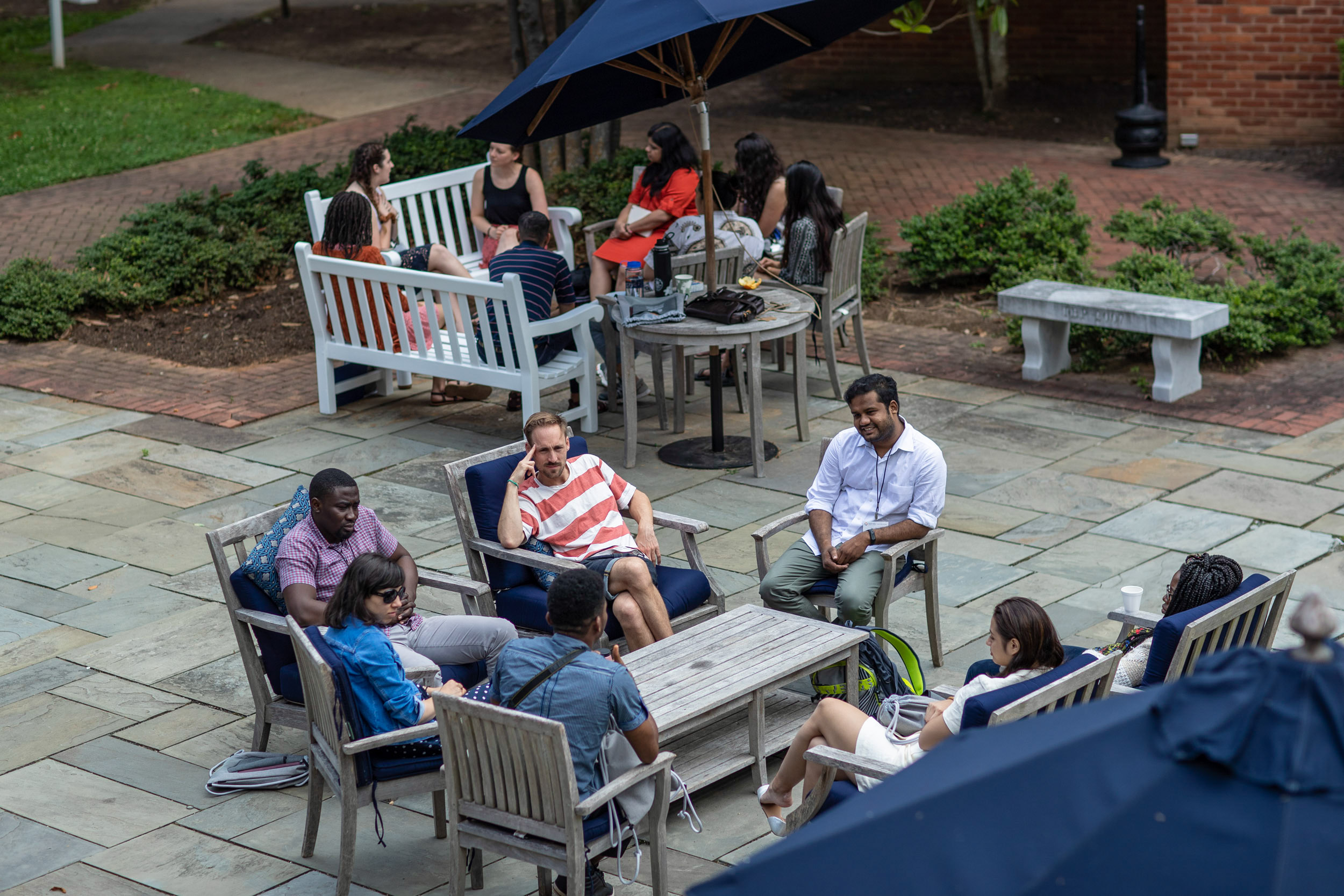 Both Kumari and Woldeyesus have found that focus helpful.

“I have been working on this for years, but during the interview process [for the fellowship], I realized that something was missing – that I was missing,” Woldeyesus said. “I was bringing people together, giving them resources, but I had lost myself somehow. When you lose yourself, you make big mistakes, errors. You don’t have that bird’s-eye view of what you are working for.”

The interview process and the fellowship so far have helped him regain some of that perspective, he said.

“I have started working on myself, questioning myself,” he said.

Kumari said the focus on contemplation and reflection made her work in Rajgir more meaningful.

“Because of the fellowship, I have shifted from outcome-based projects to meaningful, impactful projects focused on connection and love,” she said. “That has created beautiful bonds among the team members and the people I am around. … I feel that I am grounded more, that I think before I act and that I find more peace.”

A Year We Will Never Forget: 2019-20 in Review END_OF_DOCUMENT_TOKEN_TO_BE_REPLACED

‘What Will You Carry With You?’ Remarks From UVA President Jim Ryan END_OF_DOCUMENT_TOKEN_TO_BE_REPLACED