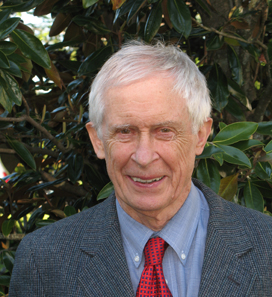 James Gordon Simmonds, professor emeritus of structural and solid mechanics in the Department of Civil and Environmental Engineering at the University of Virginia, died April 12 in Charlottesville. He was 79.

Simmonds joined the School of Engineering and Applied Science faculty in 1966 as a member of the Department of Applied Mathematics and Computer Science after completing his Ph.D. at the Massachusetts Institute of Technology and his post-doctoral studies at Harvard University.

During his career, he received numerous awards and honors, including the Alumni Association’s Distinguished Professor Award in 1983, the Mac Wade Award of the School of Engineering and Applied Science in 1980, and in 2011, the Warner Koiter Medal from the American Society of Mechanical Engineers. He was a fellow of the American Academy of Mechanics.

His research focused on the linear and nonlinear theory of plates and shells. He made outstanding contributions to his field, publishing more than 120 papers, three books and translating an advanced text from French to English.

Although he retired in 1998, he continued his service to the University in a variety of ways until his death, including his involvement with the Jefferson Scholars program.

In addition to his distinguished academic career, Simmonds supported many causes and organizations. In 2001, he was the recipient of the Nature Conservancy of Virginia’s Volunteer of the Year Award. He touched many lives through his teaching, community service and devotion to family and friends.

What’s Next for UVA’s Class of 2022? END_OF_DOCUMENT_TOKEN_TO_BE_REPLACED

How Affordable is UVA? END_OF_DOCUMENT_TOKEN_TO_BE_REPLACED