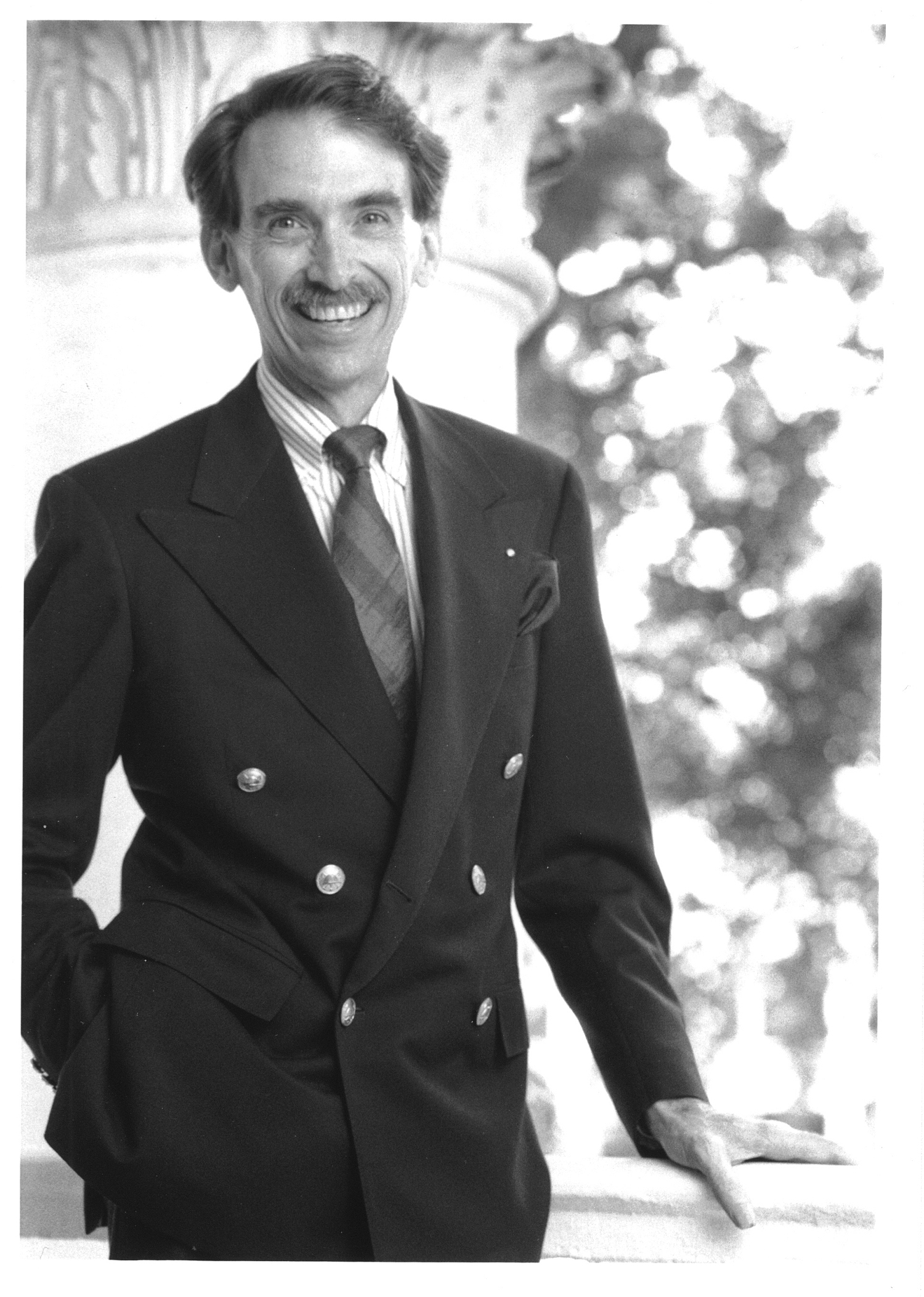 James Murray Howard, who served for two decades as architect for the historic buildings and grounds at the University of Virginia, died in late December at his home in Albemarle County, Virginia. He was 60.

Howard came to the University in 1982 and in 1984 began directing a comprehensive restoration program of its earliest buildings, the “academical village” designed by Thomas Jefferson and largely completed by 1825.

“Murray brought the combination of an uncanny depth of knowledge -- about 18th-century building footings, about how to read prior history in shards or postholes or random bits of wall on a site, about how Jefferson manufactured his metal roofs and why they didn't last, about how Stanford White used ceiling colors or external building ornaments, or the arrangements of rooms and doors and windows -- remarkable aesthetics and boldness in his own design work, and a deep devotion to preserving the best of the past for current and future uses,” said University President John T. Casteen III.  “He had lived at Versailles, meditated on how America in its early Republican years fed on French culture, taste, and design, and learned to apply those and other sources of knowledge to make the built world better.”

In numerous interviews about his work, Howard stressed the need to provide curatorial management of museum-quality buildings while providing for continual University use for learning and living as originally intended. He said the restoration work served as “a practical working laboratory for University students” and the regional craftsmen and University trades people specially trained in techniques not used in the buildings for more than 150 years.

“Murray had a knack for working with the University trades people.  He had earned their respect over the years, due to the fact that he could make decisions on the spot and would always assume responsibility for those decisions,” said Peter R. Thorsen, a project manager within Facilities Management at the University and a long-time colleague of Howard’s.  “The U.Va. mechanics always enjoyed working with Murray on his projects within the historical district.  He brought great quality and style to everything he did.”

Howard presided over the restoration of five of the 10 pavilions Jefferson designed as faculty homes and classrooms and 37 single rooms that students still live in. The work required him to be something of a detective, and a long-forgotten roofing technique using rows of tin-plated shingles was discovered and reproduced during his tenure.

“Murray had a tremendous knowledge of both the history of architecture and how architecture was put together,” said Richard Guy Wilson, Commonwealth Professor of Architectural History at U.Va.  “He brought a tremendous sense of professionalism to the preservation of one of America’s architectural treasures and created a comprehensive view of all of the difficult issues and problems that faced a group of buildings of their age and significance.”

The restoration program received an Institute Honor Award from the American Institute of Architects (AIA) in 1995. Howard himself received the Historic Preservation Award from the Virginia Society of the AIA in 1994 and was named a fellow of the AIA in 1996 for his notable contributions to the advancement of the architecture profession here and abroad, especially in preservation

He taught courses in the University’s School of Architecture, using the historic site as a laboratory for preservation theory and technique, and lectured widely on his work. This past fall he taught in the University’s School of Professional Studies was scheduled to teach again this semester. In the course – The Design of Interior Spaces – Howard planned to explore the issues of good architecture, including both period and modern, residential and non-residential.

“Murray liked good design in cars, in houses, in things one might hold in one's hand or admire on a shelf,” Casteen added.  “He was generous with his knowledge, strict in his devotion to what he saw as right, gregarious, and gentle.  He had a sharp wit, a subtle, inquiring mind, a gentle way of moving through the world, a talent for friendships, and a generous approach to disagreements. He made these grounds and buildings better, more honest places to walk and live.”

After retiring from the University in 2002, Howard studied in Europe and returned to Charlottesville to establish a design firm, Disegno. In 2006, he joined Commonwealth Architects of Richmond, Va., as director of historic architecture.

He is survived by his mother, Lula Ruth Goggans Howard of Talladega; his brother and sister-in-law, Dr. Thomas E. Howard Jr. and Susan Howard of Ft. Worth, Texas; his nephew, James Howard, his wife, Tina, and daughter, Madison, of Ft. Worth; his niece, Jennifer Howard of Chicago; his aunt, Mrs. Albert Goggans of Ft. Worth; and cousins Mr. and Mrs. Randall Wood of Oneonta, Ala., Mr. and Mrs. Russell Sikes of Plano, Texas, and Dr. and Mrs. Frederick Goggans of Camden, Maine.

A memorial service will take place on Monday, Jan. 28, at 3:30 p.m. at the University of Virginia Chapel in Charlottesville, Va.

In lieu of flowers, the family requests that contributions be made to the Historic Buildings and Grounds Fund of the University of Virginia. P.O. Box 400807, Charlottesville, VA 22907.

What Is the ‘4th Side’? END_OF_DOCUMENT_TOKEN_TO_BE_REPLACED