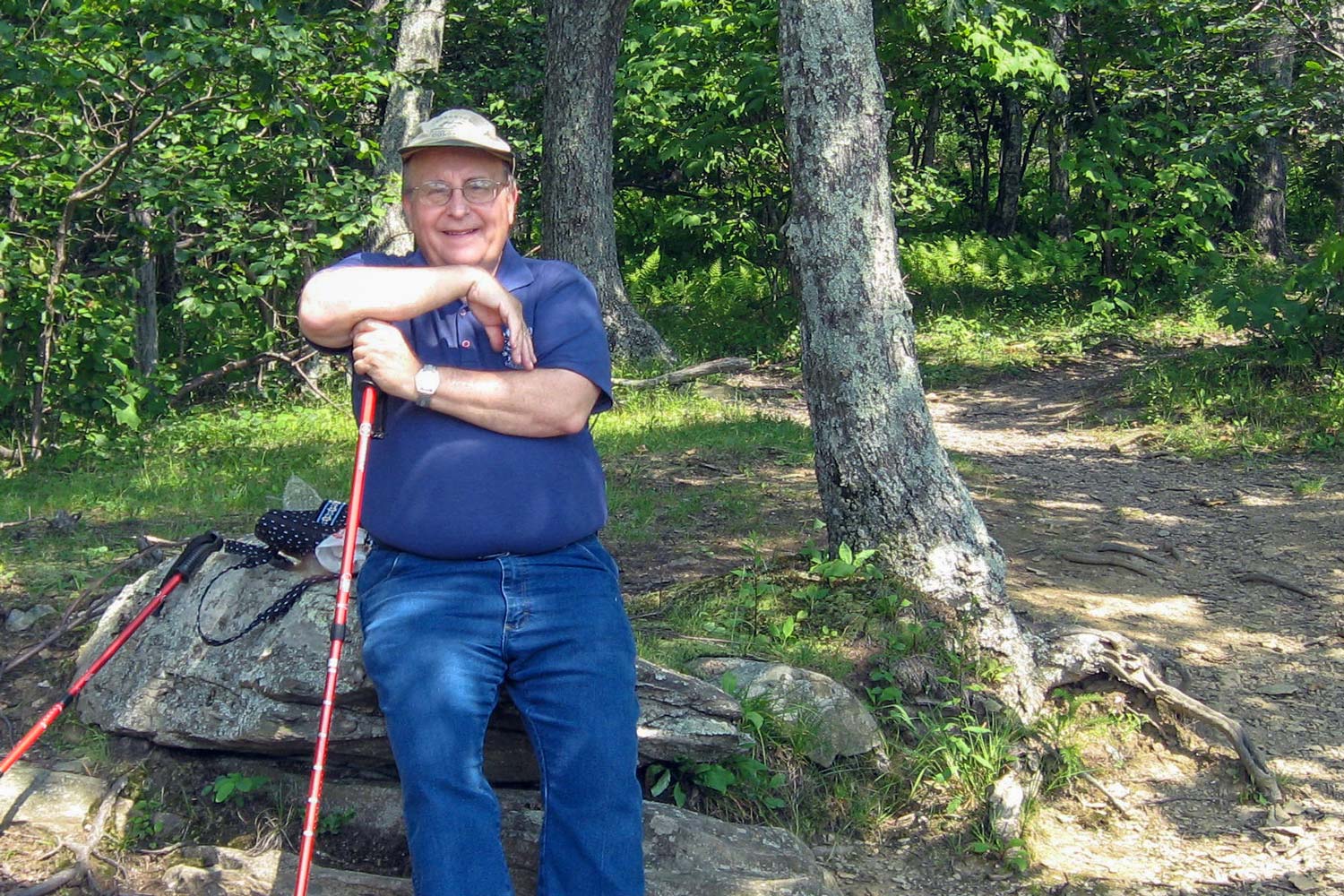 John Bonvillian, a pioneer in the field of augmentative and alternative communication who retired from the University of Virginia’s psychology department in 2015, died May 8 in Charlottesville. He joined the faculty in 1978 and also had an appointment in the interdisciplinary linguistics program.

Bonvillian, 69, was a developmental psycholinguist who worked for years on developing a simplified sign language that non-speaking children with disabilities, including autism, could easily learn. He and colleagues were also exploring other applications, such as signing for very young children of deaf parents and using signs to accompany foreign language acquisition.

He was instrumental in getting the American Sign Language program established at UVA.

One research colleague, Filip Loncke, associate professor in the Curry School of Education’s Department of Human Services, said Bonvillian was a co-author of the first article, published in 1976, that addressed “the potential of alternative non-speech communication modalities for individuals with limited functional speech.”

On a personal level, Bonvillian introduced Loncke, who first came to UVA as a Fulbright Scholar from Belgium about 20 years ago, to Patricia “Lee” Llewellyn, and the two eventually married. Llewellyn, a psychology professor, directs the department’s Mary Ainsworth Training Clinic.

Nicola Grove, a British researcher who is co-editing “Manual Sign Acquisition in Children With Developmental Disabilities,” received a chapter for the book from Bonvillian not long ago.

“Unusually in this field, he bridged the gap between AAC [augmentative and alternative communication] and sign linguistics, conducting a series of studies into sign acquisition by children of deaf parents,” Grove wrote in an email. “He never lost sight of the fact that his participants were children, not subjects of experiments, and his writing was always infused by a humanity and commitment that made his work a joy to read.

“The book is dedicated to his memory, and we who work in this field can all be grateful to him for laying the foundations of so much of our practice.”

Lise Dobrin, associate professor of anthropology and director of UVA’s linguistics program – a post Bonvillian held in the past – echoed the importance of his interdisciplinary work and his impact on others.

“His research showed that speech-accompanying manual signs, especially iconic signs, could be immensely helpful for those acquiring language,” she wrote in an email. “He was dedicated to this project because he was convinced it could enhance the quality of life for those who have a limited ability to speak, such as children with autism, Down syndrome or cerebral palsy. He hoped to extend the use of simplified signs to learning foreign-language vocabulary items as well.”

Bonvillian also put much effort into helping create an American Sign Language program on Grounds, according to two others who worked with him on it, anthropology professor Ellen Contini-Morava, also a past director of the linguistics program, and Christopher Krentz, an associate professor of English who directed the ASL program from 1999 to 2014.

“John Bonvillian’s unwavering belief in deaf people and the value of sign language made a big difference at UVA,” Krentz wrote. “Working with others, he helped to co-found the University’s ASL program in 1996, to win approval in 1998 of ASL satisfying the College of Arts & Sciences’ foreign-language requirement and to improve support services for deaf and hard-of-hearing students and faculty.

“He brought his love of telling stories and gentle smile everywhere,” Krentz said.

He wasn’t the only colleague and friend who mentioned those hallmarks of Bonvillian’s interactions with others.

Dobrin said, “John will be remembered for teaching many generations of college students, collaborating enthusiastically with grad students, and delighting everyone who knew him with the colorful stories (about everything!) that he so loved to share.”

Vikram Jaswal, associate professor of psychology, added, “John was such a force in the development area, was always happy to chat about science or Shakespeare (or simplified sign), and he made such an impression on legions of undergraduates taking ‘Introduction to Child Psychology.’ I think I remember him saying that he estimated he had taught over 15,000! He will be missed.”

Bonvillian became a faculty fellow at Brown College on Monroe Hill shortly after it was established in 1986 and served in that role for many years.

Bonvillian earned his Ph.D. in psychology at Stanford University and joined the faculty of Vassar College in 1974, where he taught until 1978, when he came to UVA. He was a fellow of the Association for Psychological Science and the American Psychological Association.

He is survived by his partner, Vicky L. Ingram, the physics library manager; his mother; a brother and sister-in-law; a sister and brother-in-law; and their families.

A memorial service at UVA will be planned for the fall.

A Year We Will Never Forget: 2019-20 in Review END_OF_DOCUMENT_TOKEN_TO_BE_REPLACED

‘What Will You Carry With You?’ Remarks From UVA President Jim Ryan END_OF_DOCUMENT_TOKEN_TO_BE_REPLACED