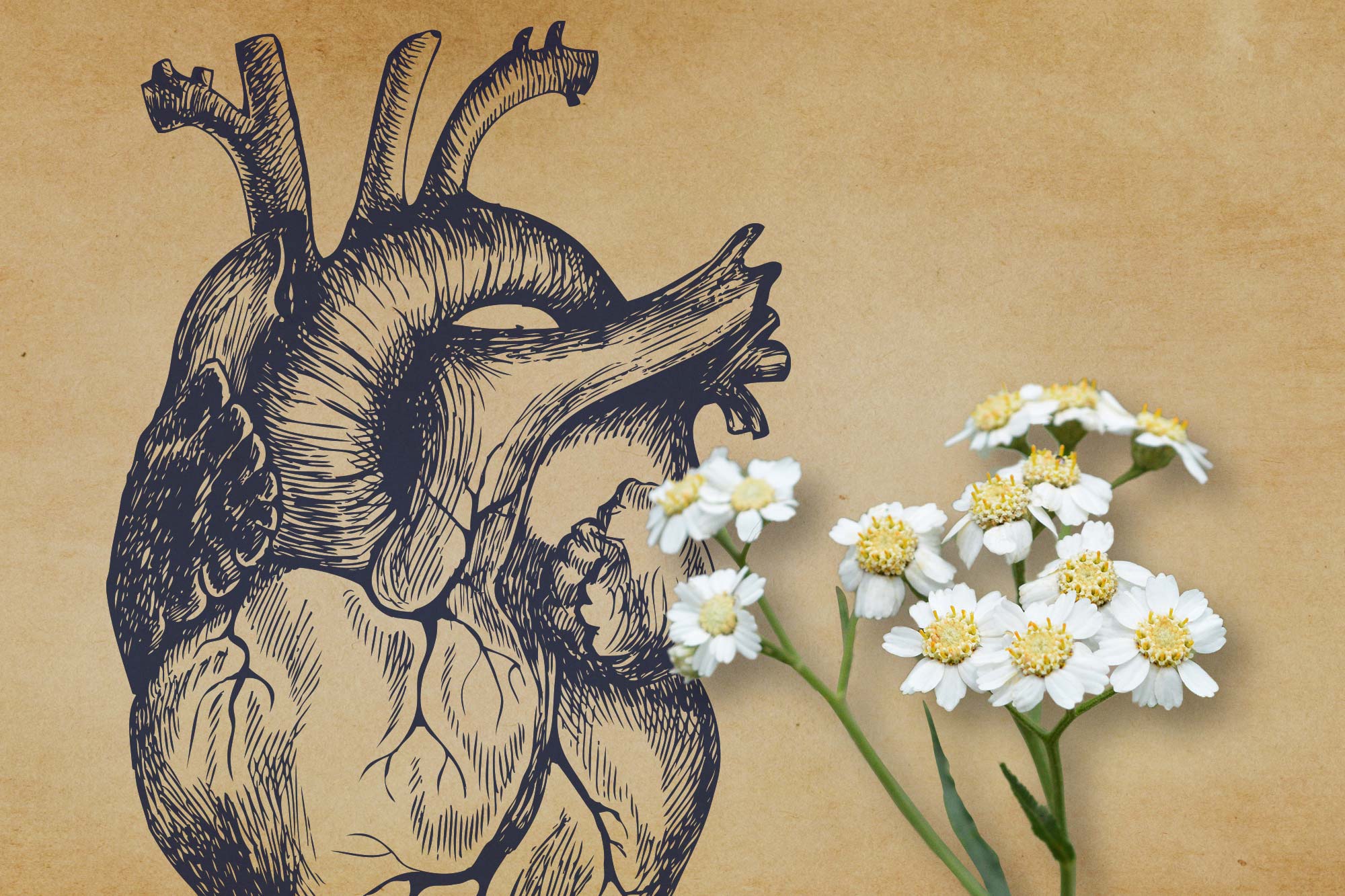 While more research is needed, harmine, which is found in the plant Syrian rue, may be effective in treating patients in recovery following a heart attack.

University of Virginia School of Medicine scientists have identified a potential way to improve heart function after heart attacks – and it could involve a drug extracted from plants commonly used as folk medicine.

The researchers, led by Dr. Matthew J. Wolf, found that blocking a particular enzyme after heart attacks helped repair damage to the organ in lab mice. The research team did this by using a drug called harmine, which is found in certain plants, including Syrian rue, which has long been used for medicinal and ritual purposes.

That’s not to say that people should take harmine after heart attacks; much more study is needed. But the researchers believe the underlying approach of blocking the enzyme offers a promising avenue for improving patient outcomes.

“Our findings show that investigating the signals controlling normal heart growth can lead to new therapeutic targets to unlock cardiac regeneration,” said Wolf, the co-director of UVA Health’s cardiovascular genetics program. “We hope our research can identify new adjuvant medications that can be added to standard care when someone has a heart attack. Our goals are to help improve heart function and reduce the chances of developing heart failure.”

Undoing the Damage From Heart Attacks

The new finding emerges from efforts to prompt the body to replace damaged cells responsible for causing the heart to contract. In adults, the body rarely replaces these specialized cells, called cardiomyocytes. So scientists have been seeking ways to lift the natural “brakes” that prevent our bodies from manufacturing more of them.

The UVA researchers sought to do this by blocking an important enzyme, or “kinase,” called DYRK1a. They took two approaches to this: In one, they shut down the gene activity responsible for producing the enzyme. In the other, they gave lab mice the drug harmine, which inhibits the function of the enzyme.

Both approaches had the desired result in mice, spurring the production of cardiomyocytes and improving the function of the heart’s left ventricle. That suggests that doctors may be able to target DYRK1a, either with harmine or by some other means, to improve patients’ outcomes after heart attacks. (Harmine, the researchers note, could have effects on multiple organs and, if given for too long, might cause cancer by fostering uncontrolled cell growth. So the scientists suggest additional research into alternatives to inhibit DYRK1a.)

“Enhancing adult cardiomyocyte cell cycling after an injury is an attractive strategy to improve heart function after myocardial infarction,” Wolf said. “Therefore, we analyzed genes during normal heart development when cardiomyocytes stop dividing. The approach led to the hypothesis that DYRK1a kinase might serve as one potential signal controlling cardiomyocyte cycling and heart regeneration. We then used sophisticated transgenic mice we previously created to label cycling cardiomyocytes. We observed that harmine, an inhibitor of DYRK1a, increased myocyte cycling and improved heart function after myocardial infarctions [heart attacks].”

Next, the scientists created mice to remove DYRK1a from cardiomyocytes. They found that the cells had increased expression of key genes and improved heart function after injury.

“We are excited that our research will lead to new ways to enhance the treatment of cardiovascular disease,” said Wolf, of UVA’s Division of Cardiology and the Robert M. Berne Cardiovascular Research Center.

The work was funded by the National Institutes of Health’s National Heart, Lung, And Blood Institute, grant R01HL158718, and by the UVA Center of Excellence in Cardiovascular Genetics.

At UVA, There Is a Club for Everyone END_OF_DOCUMENT_TOKEN_TO_BE_REPLACED