Meyer to Lead U.Va. School of Architecture for Next Two Years 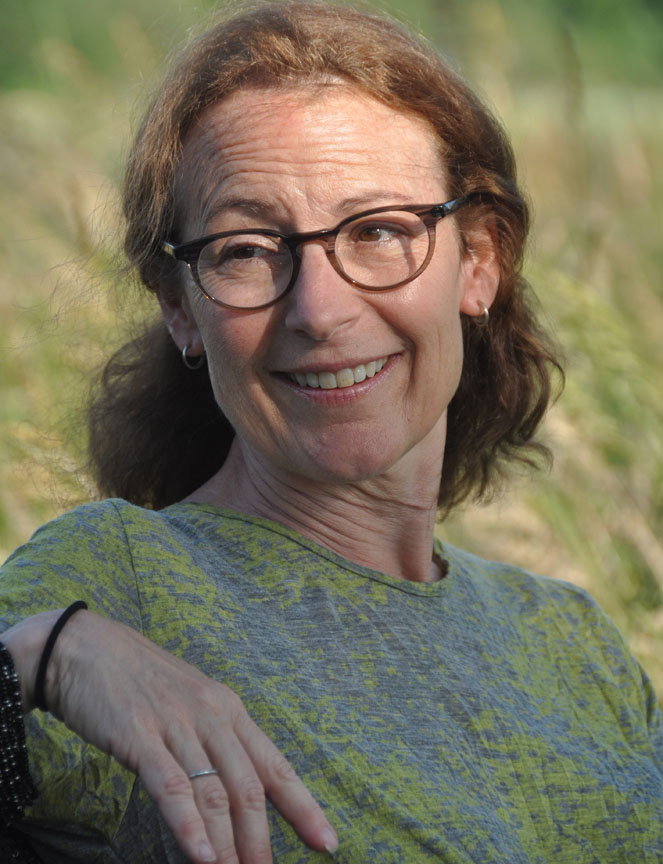 Nationally renowned landscape architect Elizabeth K. Meyer has been associated with U.Va.&#39;s School of Architecture for more than 40 years, beginning with her time as an undergraduate student.

Executive Vice President and Provost John Simon today announced the appointment of Elizabeth K. Meyer to a two-year term as dean of the University of Virginia School of Architecture.

Meyer, the Merrill D. Peterson Professor of Landscape Architecture at the University, begins serving in the new role on July 15.

“Beth Meyer is widely respected and admired by her colleagues at the University and in her profession,” Simon said. “I am grateful for her willingness to provide this leadership at a critical time for the School of Architecture. Her experience and deep institutional knowledge make her uniquely qualified to create an immediate and lasting impact.”

Meyer will succeed Dean Kim Tanzer, Edward E. Elson Professor of Architecture, who is not seeking reappointment. An internationally renowned design theorist and critic, Meyer will continue teaching during the two-year appointment, and plans to return full-time to that role at the conclusion of her term.

“The University of Virginia has one of the nation’s finest architecture schools,” she said. “I am honored to be asked to lead a school I’ve been associated with, on and off, for 40 years. Working with our accomplished and ambitious department chairs, I’m eager to give shape and support to the imaginative and intellectual culture within the school that has been re-energized by a dozen recent faculty hires.”

She earned bachelor’s and master’s degrees in landscape architecture from U.Va., as well as a Master of Arts in historic preservation from Cornell University. Meyer is a fellow of the American Society of Landscape Architects. For the last three years, “DesignIntelligence” has recognized her as one of the most-admired design educators in the United States.

“Beth Meyer is a nationally known designer, award-winning teacher and a proven administrator whose commitment to the School of Architecture and the University are unwavering,” said Suzanne Moomaw, associate professor of urban and environmental planning. “With the school poised and ready to reach new heights in teaching, research and global impact, Beth is an ideal leader to build on our strengths and forge new opportunities.”

In 2012, President Obama appointed Meyer to the U.S. Commission of Fine Arts, and she serves as the only landscape architect on the seven-member panel. The commission provides design review for the National Mall and Monumental Core, as well as major public buildings and public spaces within our nation’s capital. Meyer has served on numerous design juries, including the 2012 Trust for the National Mall competition for the redesign of three prominent locations, including The Union Square, the Sylvan Theater on the Washington Monument grounds and Constitution Gardens. She also served on the MVVA team that won the “City+Arch+River” design competition for St. Louis’ Gateway Arch Grounds in 2011.

In addition to her successes in the classroom and as a practitioner, Meyer has earned a national reputation for her writings in scholarly and professional journals challenging conventional thinking about the distinctions between design, sustainability and preservation. Her scholarship has prompted critical self-analysis and exploration of new conceptual frameworks for design practice in the U.S. and abroad as well as at U.Va.

“Recently, we have initiated several curricular and research collaborations with colleagues across the University – including digital practices, urban dynamics and critical cultural landscape approaches – in pursuit of creating alterative modes of design and planning practice as well as speculative models for future cities and communities,” Meyer said. “This is only possible because of the long-standing, and unparalleled, transdisciplinary culture that exists in Campbell Hall. I am optimistic that the next two years will be a period of tremendous innovation as we form new creative habits and collaborative relationships amongst ourselves, and with colleagues across the University and beyond.”

School of Architecture Foundation President Paul S. Weinschenk, head of the retail division at the Washington Real Estate Investment Trust and a 1987 graduate of the Architecture School, said the foundation’s Board of Trustees looks forward to working with Meyer to continue building on the school’s successes and positive momentum.

“Beth Meyer has a decades-long relationship with the school,” he said. “She is an accomplished and respected academic, a leader in the school and in her field of landscape architecture. The Foundation Board will work closely with her as dean over the next two years to continue generating financial support for the school and further expanding on its many strengths.”