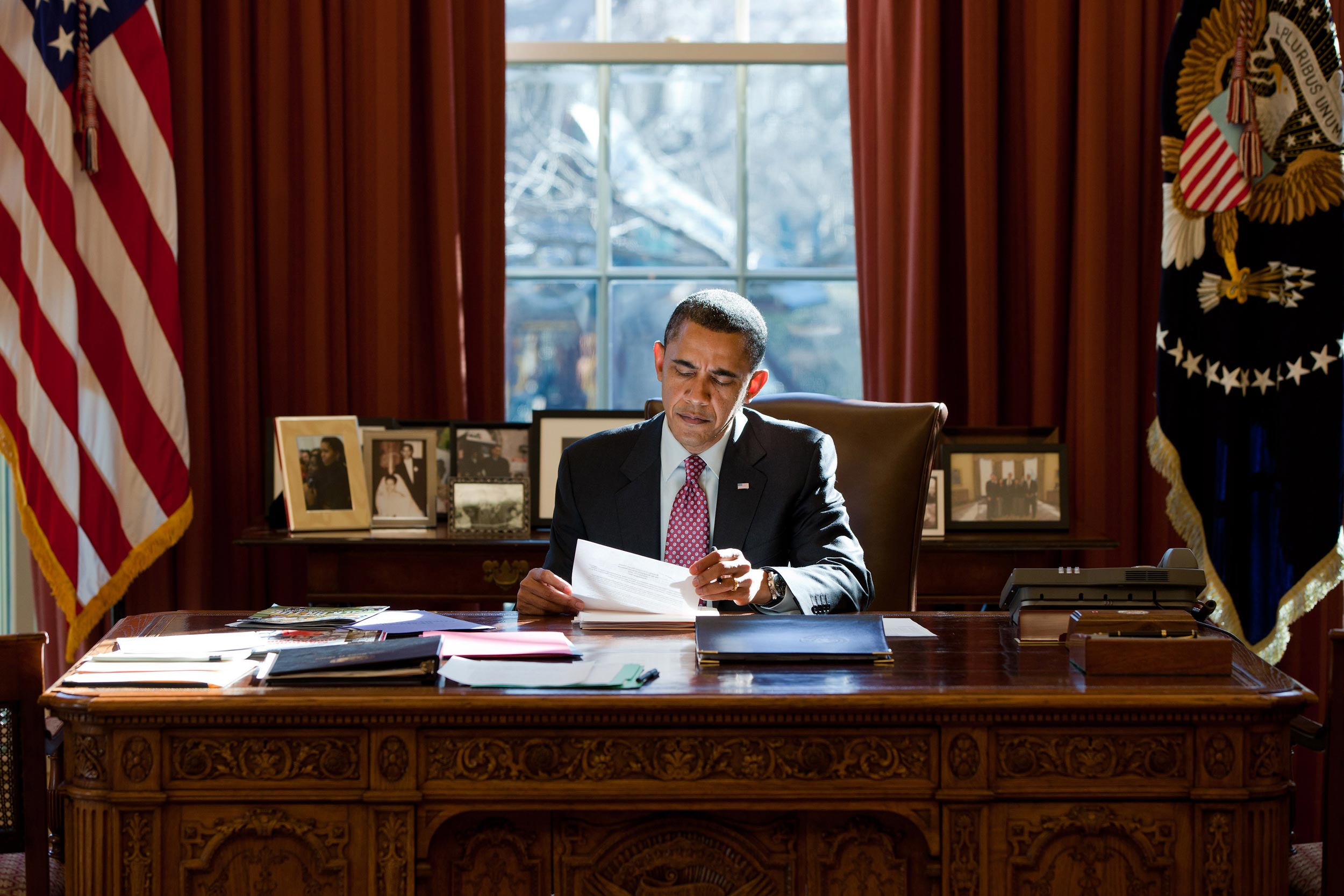 The University of Virginia’s Miller Center of Public Affairs, home to the nation’s longest-running nonpartisan presidential oral history program, announced today that it has begun work on its next major project: a comprehensive oral history of the Barack Obama administration.

For nearly a half-century, the Miller Center has collected candid and confidential recollections from every White House from Gerald Ford to George W. Bush. These interviews of individuals and groups are conducted by Miller Center oral historians alongside leading experts in political science, history, law, business and public policy. Over four decades, the program has produced rich archives that journalists, authors, scholars, students, biographers and practitioners have relied on to illuminate the inner workings of modern presidencies. Miller Center presidential scholars have commenced such interviews with high-ranking officials of the Obama Administration – ultimately leading to conversations, symposia and conferences with senior White House officials, cabinet members, agency staff and key campaign advisers.

The first round of interviews focuses on the Obama administration’s 2008-09 transition to office, its response to the 2008 financial crisis and efforts to address climate change. Additional interviews and symposia are being scheduled with policymakers and other officials on those topics, as well as with those who participated in the passage of the Affordable Care Act, diplomacy and national security issues (especially in Europe, the Middle East and Asia), and the historic nature of the Obama presidency.

“Capturing and preserving the thoughts and recollections of the most senior administration officials allows scholars, students and the general public to better understand the events of the time and their context,” Miller Center Director and CEO William Antholis said.

The Miller Center’s presidential oral history interviews are widely praised and cited for their scholarly rigor and independence. Each interview begins with extensive research on the public record of the interviewees and how they carried out their policy and governing responsibilities. Teams of scholars conduct the interviews, drawing on their expertise on policy issues, the institutional structure and history of the White House and executive branch processes. A typical interview takes two or more days. More than 100 outside scholars have participated in past interview panels.

The combination of confidentiality for the interviewee, deep research, subject-matter scholarly expertise and delayed release of interview transcripts produces a unique historical record. As President George H.W. Bush noted, “For my presidency, and for others, the Miller Center is a place that gets history and preserves it for future generations.”

The Miller Center is forming an advisory council of scholars and Obama administration alumni to help guide the project. As with past presidential oral history projects, the Miller Center expects to partner with a range of universities, think tanks, educational institutions and researchers working on complementary efforts. And, as in previous efforts, the Miller Center will forge partnerships with think tanks, publishers and media outlets to bring the lessons of this historical material to policymakers and the public.

A Year We Will Never Forget: 2019-20 in Review END_OF_DOCUMENT_TOKEN_TO_BE_REPLACED

‘What Will You Carry With You?’ Remarks From UVA President Jim Ryan END_OF_DOCUMENT_TOKEN_TO_BE_REPLACED