The Modern American President: What’s Ahead for Next U.S. Leader 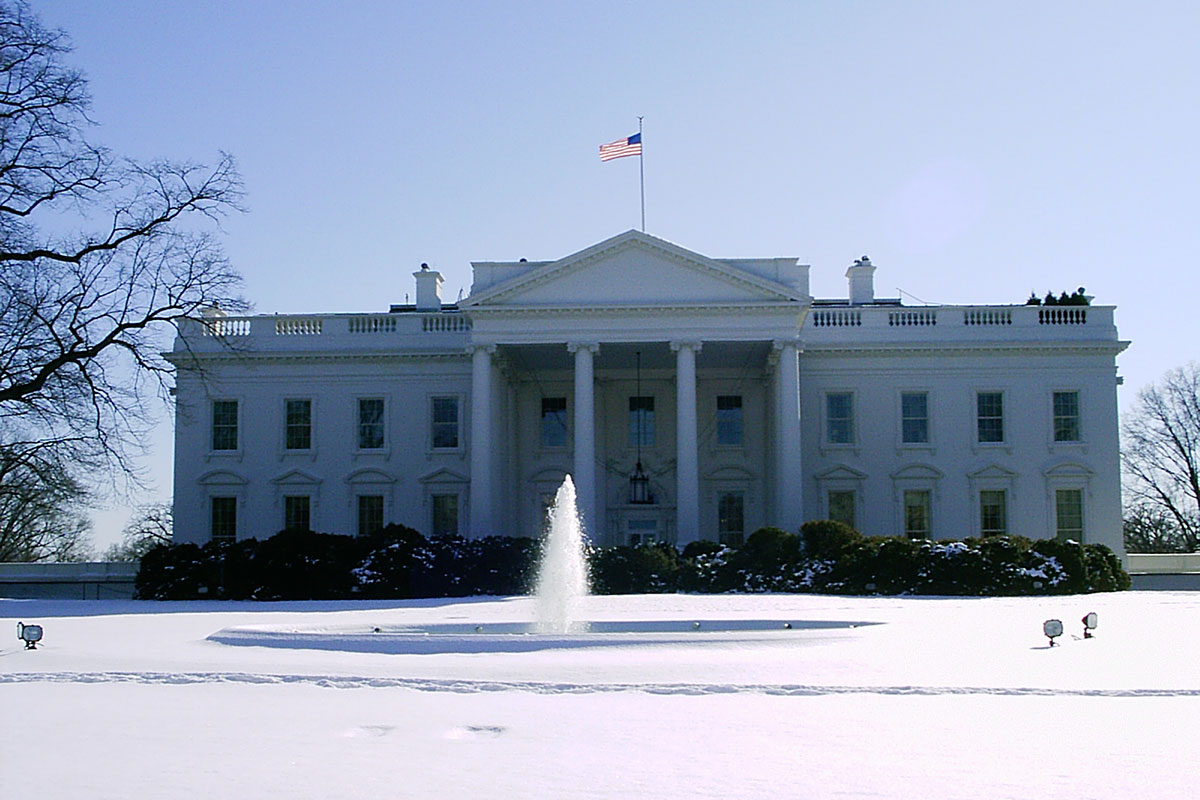 As the 2016 presidential race heats up, many candidates are promising to bring radical change as the next president. Sidney Milkis, the White Burkett Miller Professor of Politics at the University of Virginia, said the next occupant of the White House will have to face a set of challenges that has been uniquely shaped by the modern definition of the presidency.

Milkis, a faculty associate at the Miller Center, is editing a new series of essays at the center called “First Year 2017: Where the next president begins.” The series examines the history of presidential first years, assesses policy opportunities and threats facing the next president, and seeks to influence that national debate by addressing the public directly. Milkis also teaches an undergraduate course, “The American Presidency,” that examines the origins and historical development of the chief executive.

In both his writing and his course, Milkis argues that Franklin D. Roosevelt set a new tone for the modern presidency and a high bar of expectation for each new president’s first year. 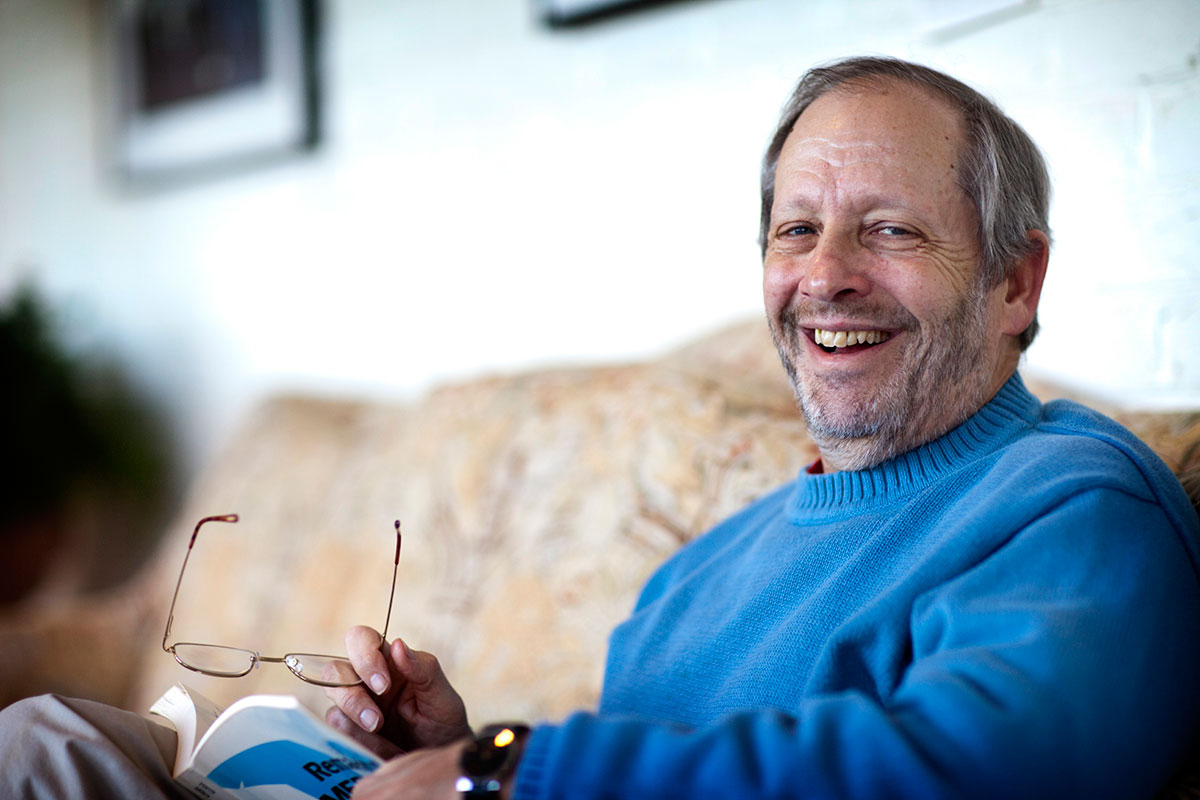 With the first caucuses looming in Iowa, UVA Today sat down with Milkis to discuss what it means to be a modern president and how the next commander-in-chief should prepare for that challenge.

Q. How did FDR shape modern presidential expectations? Can anyone live up to his legacy?

A. Roosevelt was elected four times and I tell my students that if he was still alive, he’d still be president. There’s no way that guy ever would have lost an election. That’s a high bar, yet ever since Roosevelt – and that’s really when the modern presidency as we know it begins – nobody can avoid comparison with him.

There are great expectations for every person that takes that office, but there’s quite a gap for the most part between expectations and what a person can achieve.

It would be very difficult to live up to his legacy. Not that FDR was perfect, but it’s very hard to be a Lincoln or a Franklin Roosevelt because we experienced great crises when they both were presidents. Imagine living during the Civil War or the Great Depression and the start of World War II. Presidents are given more leeway in times like that than they are in more pedestrian times.

Q. What unique challenges do the explosion of social media and the expansion to the 24-hour news cycle present to the modern presidency?

A. I think what accentuates the challenges of greater media access is the emergence of partisan rancor, and that’s really peaked with [George W.] Bush and [Barack] Obama.

Just think, when John Kennedy was president, there were three networks: ABC, NBC and CBS. They kind of acted as a prism through which Americans watched politics. The networks were at least ostensibly non-partisan and really respected the president.

Compare that to what we have now. There is no gatekeeper to our news now. The president is exposed incessantly to attack from almost every major channel of communication.

Q. The majority of First Year 2017 essays recommend that the president spend his or her first year trying to lessen political rancor. Is it possible to do this and still achieve any major policy initiatives? How?

A. We’ve had real partisan conflict periodically throughout American history and it can’t be resolved simply by a leader saying that they’ll rise above it. Both Bush and Obama came into office saying that they were going to lessen the divide. Bush said, “I’m a uniter, not a divider.” President Obama became famous giving that 2004 Democratic Democratic Convention speech where he said that the differences between red and blue weren’t so great that we couldn’t unite as a country.

I think that that kind of view – presenting your policies and ideas as if they’re truly non-partisan and you’re just a problem-solver – only throws salt in the wounds. By presenting your ideas as simply the most practical, you discredit the other party’s philosophical and political opposition to them. In order to get things done, I believe that the president shouldn’t avoid partisan conflict, but rather he or she should artfully engage. One way of doing that is through more discussion and debate at the level of principle and policy.

One of the things I propose is to have something like the British Parliament does with the prime minister. They have a regular question hour together. It doesn’t have to be every week, but it should be at least once a month. The president ought to go before Congress more than just to give a State of the Union address – which is really just talking at legislators. There should an opportunity for a back-and-forth and questions from the opposition. I think that kind of engagement would help bridge the institutional estrangement between the White House and Capitol Hill.

Q. How has the actual role of the White House changed in modern times and what does this mean for the presidency?

A. The presidency is not just an office anymore. It’s an expansive complex institution.

Although I can understand why presidents were tempted to do that, I think it has insulated and cut off the president in way that’s very troubling. One of the best examples is the rollout of the Affordable Care Act. It was a debacle largely because there wasn’t the necessary connective tissue between the White House and the agencies within Health and Human Services, or the states, and Congress, which were all supposed to have a role in the rollout.

Q. The First Year 2017 essays also discuss the need for presidents to make painful decisions within their first 365 days. What kind of decisions like this might the next president face?

A. For the next president, the most painful decision is likely going to involve immigration. It’s been so front and center in this election.

President Obama has put forward two really important executive actions regarding undocumented workers. One of them is before the Supreme Court and it’s possible that it will be found unconstitutional before 2017. But I suspect, it will survive judicial scrutiny, and that the next president is going to have to address executive actions that affect more than 5 million undocumented immigrants.

Immigration is a problem that roiled the country many times in our history. It’s a particularly huge problem now because we have so many foreign-born members of the population. It’s close to 14 percent. The last time we had that many foreign-born citizens was at the end of the 19th century and beginning of the 20th century. Those are the two biggest spikes in our history, and we had major conflicts regarding immigration at those times.

Q. You say, “All of America’s most important reform presidents either founded or re-founded a political party.” Is that something our next leader is likely to tackle?

A. Maybe. If Hillary Clinton wins, I think it would be a continuation of the Obama administration’s partisan politics and policies– indeed, she’s made that clear during the debates. She’s said that she will uphold and strengthen Obama’s legacy. But if Bernie Sanders, Donald Trump or Ted Cruz is elected, we might be in for some major changes.

What’s striking about the 2016 campaign is how Bernie Sanders and Donald Trump are proposing a much more radical reconstruction of their parties than President Obama has attempted. We’re seeing a top candidate who calls himself a democratic socialist, not a social democrat. Many years ago, Sanders would have been forced to run as a third-party candidate. It’s unclear exactly what Donald Trump’s policies would be, but there’s a kind of Trumpism that proposes a major assault on the establishment of the Republican Party. It remains unclear what partisan strategy and political program his cult of personality campaign portends. Cruz is more direct in calling for a conservative partisanship that would pose a major challenge to GOP leaders.

But the partisan deadlock of the past several years might break, no matter who is elected. I think we’re in one of these times that we’ve had previously in our history, that brought transformative change – in the very way we understand the Declaration, the Constitution and the relationship between them. America’s most important presidents have always led from the eye of major political storms. These have been America’s finest and most dangerous moments.

For All of Us END_OF_DOCUMENT_TOKEN_TO_BE_REPLACED 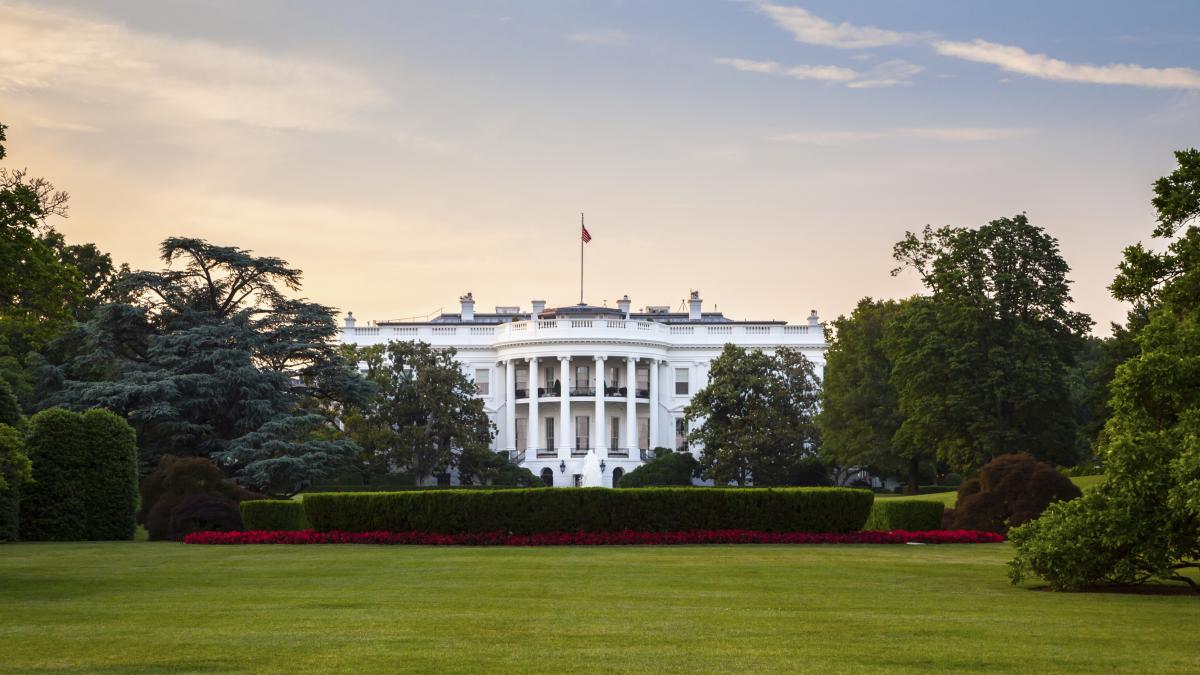 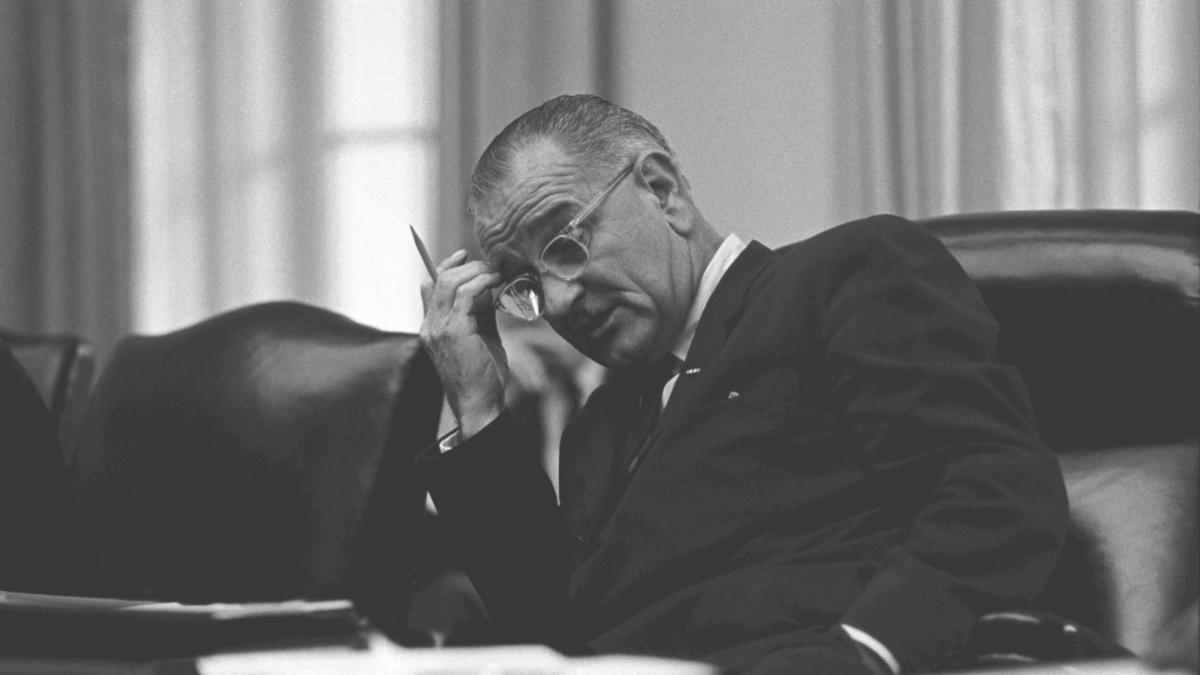 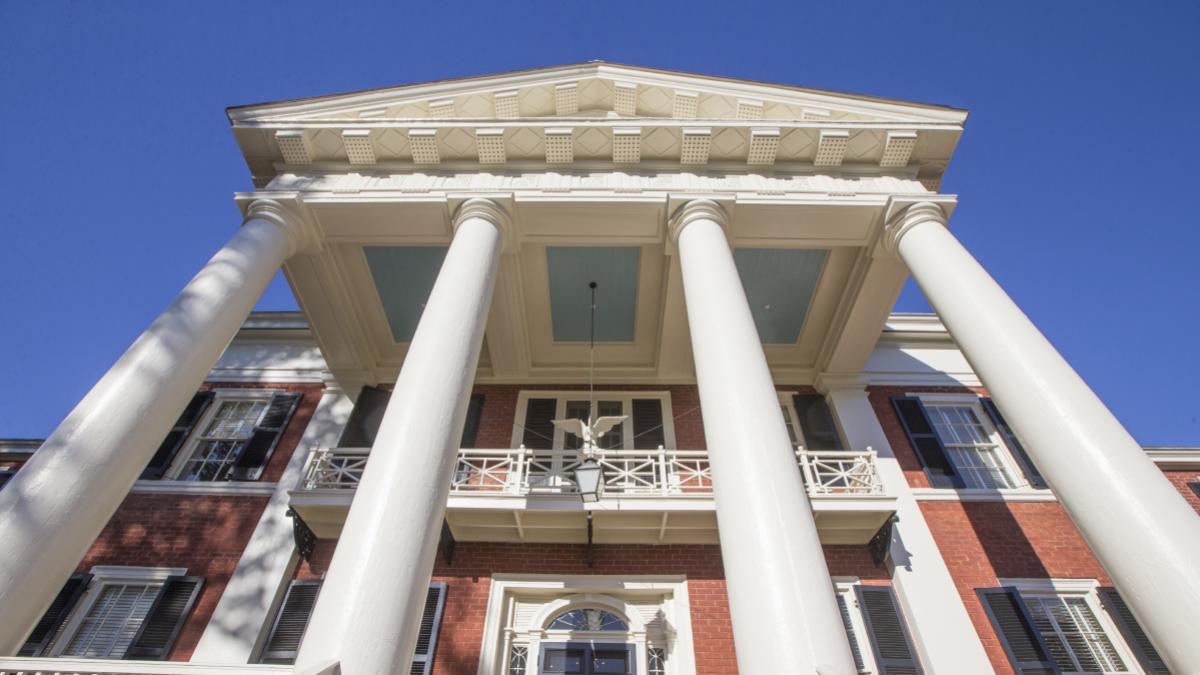