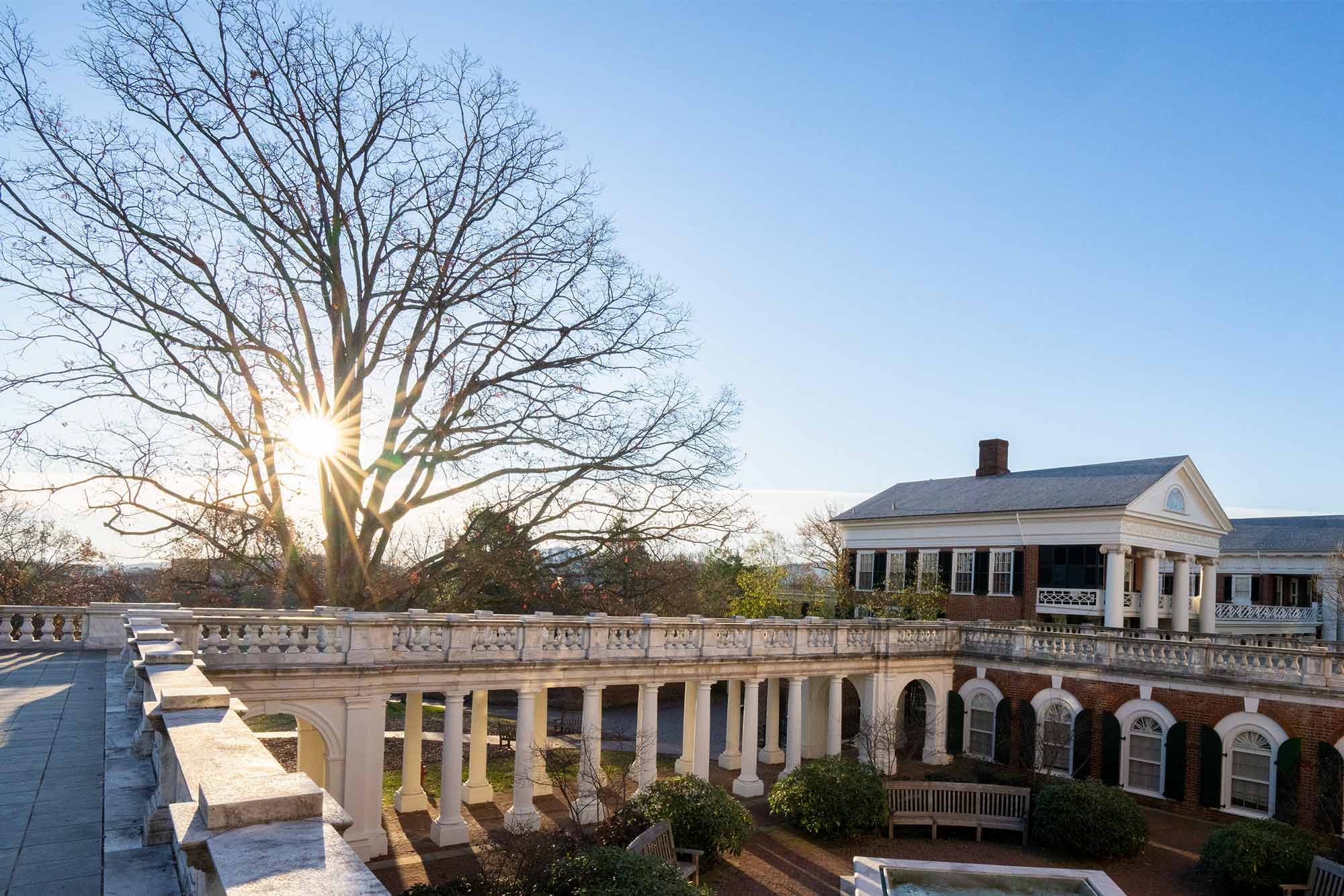 University of Virginia alumnus and Center for Politics board member Drew McKnight and his wife, Amy, of Dallas, have made a major commitment to create two professorships for the UVA Center for Politics – one as a tenured Bicentennial Professor of Politics and the other as the John S. McCain Professor of Practice. The gift, together with additional private donations for the two professorships, will receive additional matching funds from the University’s Bicentennial Professors Fund.

The two professorships are a product of discussions between the McKnights; UVA President Jim Ryan; Center for Politics founder Larry Sabato, Robert Kent Gooch Professor of Politics; and UVA alumnus Peter Kiernan. Together, they sought to develop a framework for bringing fresh perspectives to researching and teaching politics, while also providing the sort of pragmatism that comes from campaign or media experience.

Ryan proposed two professorships working in tandem at the UVA Center for Politics, allowing two people to bring their own unique experiences and talents in the effort to tackle declining trust in democracy in the United States and around the world, and increases in political polarization.

“I am incredibly grateful to Drew and Amy, not only for their generous gift, but also for their thoughtful and creative approach to addressing persistent political challenges,” Ryan said. “These two professorships, which will bring both scholarly and practical perspectives to this work, will strengthen the Center for Politics and help to encourage political and civic engagement among our students and the public.”

Founded in 1998 by Sabato, the Center for Politics promotes civics education and civic participation and serves as a crossroads of political theory and practice.

Sabato expects the full-time professor will serve the center via an appointment in the College of Arts & Sciences in the research and teaching of political science, and the McCain Professor of Practice will be an experienced practitioner of politics or media who will also teach and assist with the in-the-moment analysis and outreach that have defined the national mission of the Center for Politics for nearly a quarter of a century.

“I am grateful to Drew and Amy for believing in our work at the Center for Politics of teaching and engaging students of all ages over these last 25 years,” Sabato said. “With this gift, the Center for Politics is positioned for another 25 years of success, as well as the bringing together of people with diverse political backgrounds and perspectives who share a common goal of strengthening our democracy.”

Sabato expects professors with different professional backgrounds will offer new ways of thinking about politics and will further enhance the legacy of the Center for Politics, as it has with its practice of recruiting Center Scholars representing diverse political views and its history of offering classes and public programs featuring representatives from across the political spectrum.

“Sen. John McCain is an American hero, a leader who always put service and sacrifice for his country first,” Drew McKnight, a 2000 graduate of the College of Arts & Sciences, said. “Whether it was serving in the Navy or as a senator, Sen. McCain did his best to represent those values that make this country so great. You didn’t have to agree with all of what McCain believed and he didn’t have to agree with you, but he believed in working together to find solutions. It’s Amy’s and my hope that with this professor of practice, the Center for Politics can attract leaders in the field of politics and policy to continue to make the Center for Politics at UVA a thought leader in civics and civil engagement in higher education. The diversity of thought and perspectives that Sen. McCain fought so hard for are worth continuing to fight for today.”

McCain, the 2008 presidential candidate and decorated war veteran, earned the nickname “Maverick” for his willingness to buck the party line when the moment required it. The McCain family has a strong connection to the University. John McCain’s son, Doug, and his wife, Ashley, are both graduates of the School of Engineering. Their son, Shepp, graduated from the McIntire School of Commerce in 2017 and Shepp’s wife, Ellie, graduated from the College of Arts & Sciences in 2017.

Doug McCain expressed his gratitude to the McKnights, and said his family is “extremely proud of this recognition” of his father.

“My dad believed that integral to democracy was the ability to have discussions with those who you might not agree, and hope to find a common ground to create something larger than one’s own self,” he said. “Hopefully, these positions, along with the center, will precipitate discussions that are essential to ensuring that our nation continues to function as the greatest democracy on the planet. In recent times, the discussions in our nation have often not been particularly civil or productive.

“As our nation moves forward, I hope that the UVA Center for Politics will be able to facilitate thought and discussion from both sides of the political aisle. Hopefully with the creation of these two positions, the center will be at the forefront of leading the dialogue in which individuals are willing to put ‘country first’ and come up with ideas and solutions that will benefit all for the common good. The result would be good for our nation and for the entire world.

“From all the McCains, thank you again to the McKnights and the University.”