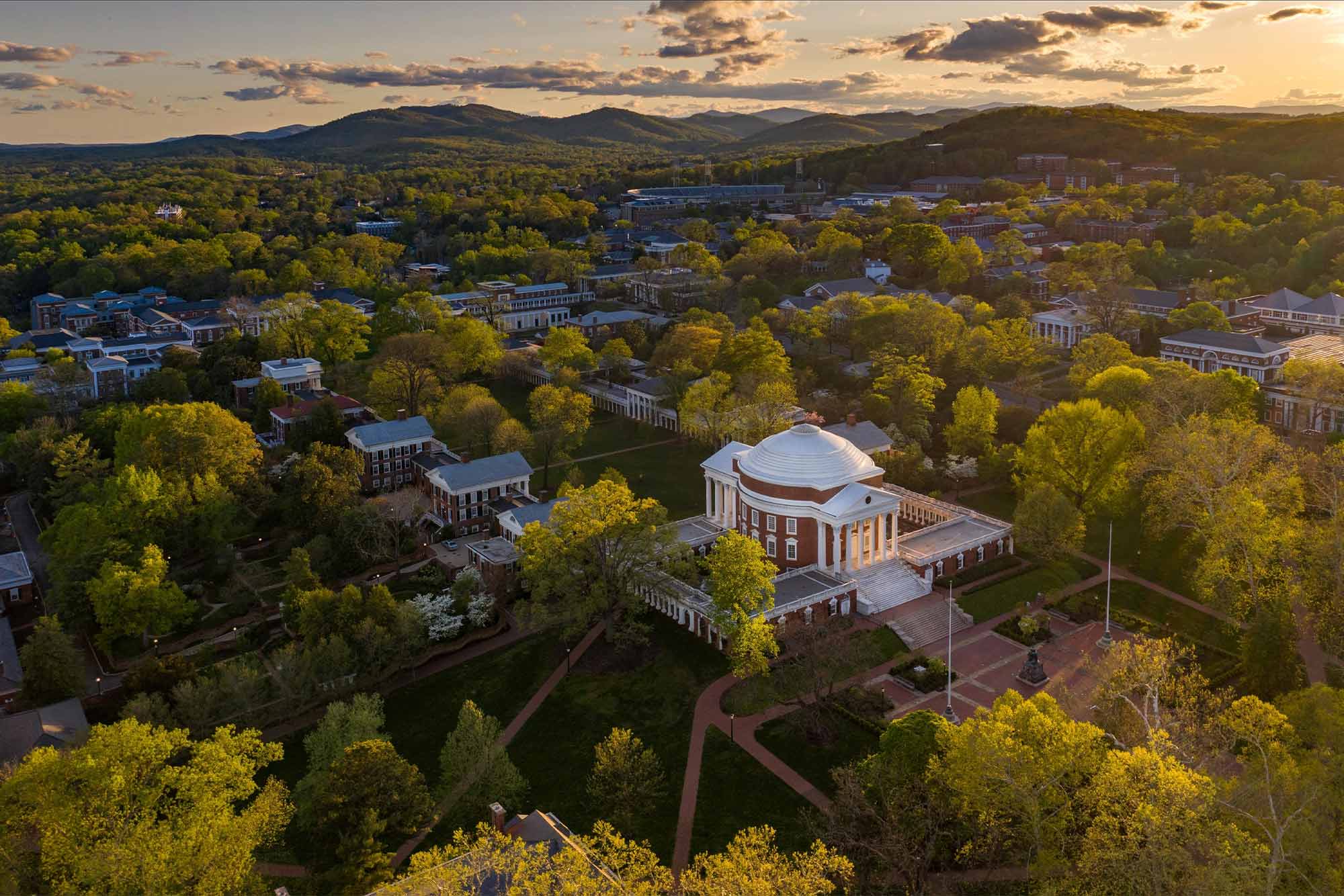 Building on its legacy of support for the core principles of democracy and for the study and teaching of history, the John L. Nau III Foundation recently committed additional gifts to the University of Virginia amounting to $17.6 million. The gifts will establish a $15 million endowment to support the Karsh Institute of Democracy and a $2.6 million fund to provide additional funding for the John L. Nau III Center for Civil War History within UVA’s College and Graduate School of Arts & Sciences.

The gifts were made possible by alumnus John L. Nau III, a former member of UVA’s Board of Visitors and longtime benefactor of the University.

“John Nau has made an incredibly generous contribution to strengthening democracy through his gift to the Karsh Institute, which will galvanize its growth and impact at UVA and beyond,” President Jim Ryan said. “I am deeply grateful to John for his steadfast support and leadership in this area, as well as in the study of the Civil War, both of which enrich our understanding of our country’s history and its future.”

Working with the Karsh Institute’s advisory board, Executive Director Melody Barnes will direct income from the endowment to support academic and programmatic initiatives. The institute was created in 2021, thanks to a $50 million gift from Martha and Bruce Karsh. Its mission is to foster participation and civil debate on issues of national importance, support and amplify the study and discussion of the underpinnings of democracy, and engage in public outreach for practical impact and action with students, citizens, policymakers and other leaders.

“The Nau Foundation’s extraordinary generosity positions the Karsh Institute for impact on Grounds and beyond the University,” Barnes said. “It enhances our ability to accelerate collaboration among UVA’s world-class schools, centers, faculty and students; develop unique and effective programming; and build meaningful local, state and national partnerships.”

The gift directed to the Nau Center will initiate a three-year plan to digitize the Nau Collection, as well as other digital projects, and boost undergraduate and graduate offerings. The additional funding will also support three graduate fellowships, increase the number of undergraduate internships from seven to 10, provide housing stipends for interns, support a postdoctoral fellow and fund an annual summer teachers’ seminar. The gift also enables the hiring of an administrative staff position to help oversee the expanded programs.

“These generous gifts from the Nau Foundation represent a significant investment in the University’s study of democracy and our collective understanding of a critical period in U.S. history,” Executive Vice President and Provost Ian Baucom said. “Gifts like these strengthen and expand UVA’s disciplinary breadth and allow us to provide crucial support for the next generation of citizen leaders.”

Nau graduated from UVA in 1968 with a degree in history. In April 2020, through his family foundation, he committed support totaling $27.5 million for the Democracy Initiative, which included support for the College’s Program on Constitutionalism and Democracy. The gift, primarily for professorships, was bolstered by more than $17 million through University matches, leading to, among other benefits, multiyear funding of the Democracy Initiative’s Core Lab on the history, principles and philosophy of democracy.

In March, the BOV approved a resolution authorizing the establishment of 10 endowed professorships in the College of Arts & Sciences to be allocated among the history, politics, classics and philosophy departments. The professorships will be supported by the Nau Foundation to attract faculty whose scholarly contributions will be key to the success of UVA’s Democracy Initiative. In addition, the foundation provided endowment funding so that visiting professors and practitioners can be invited to bring additional expertise and perspectives to the Democracy Initiative. With matching funds provided by UVA, the foundation’s democracy-focused gift is the largest lifetime pledge ever given to the College.

The Nau Foundation’s previous philanthropic commitments to the University include $16.6 million in current and future gifts to establish and endow the John L. Nau III Center for Civil War History, the Nau Collection (a Civil War-era archives collection valued at $13.6 million), and an $11 million lead gift for the construction of Nau Hall at the South Lawn, home to the Corcoran Department of History.

Nau is chairman and CEO of Silver Eagle Beverages. He was instrumental in securing Anheuser-Busch’s support for the University, which includes funding an alcohol awareness program and a major gift for the College’s Department of Environmental Sciences. The gift helped to fund the University’s Anheuser-Busch Coastal Research Center, which supports a wide variety of research.

It’s Copperhead Season in Virginia. Here Is What You Need to Know END_OF_DOCUMENT_TOKEN_TO_BE_REPLACED

What’s Next for UVA’s Class of 2022? END_OF_DOCUMENT_TOKEN_TO_BE_REPLACED