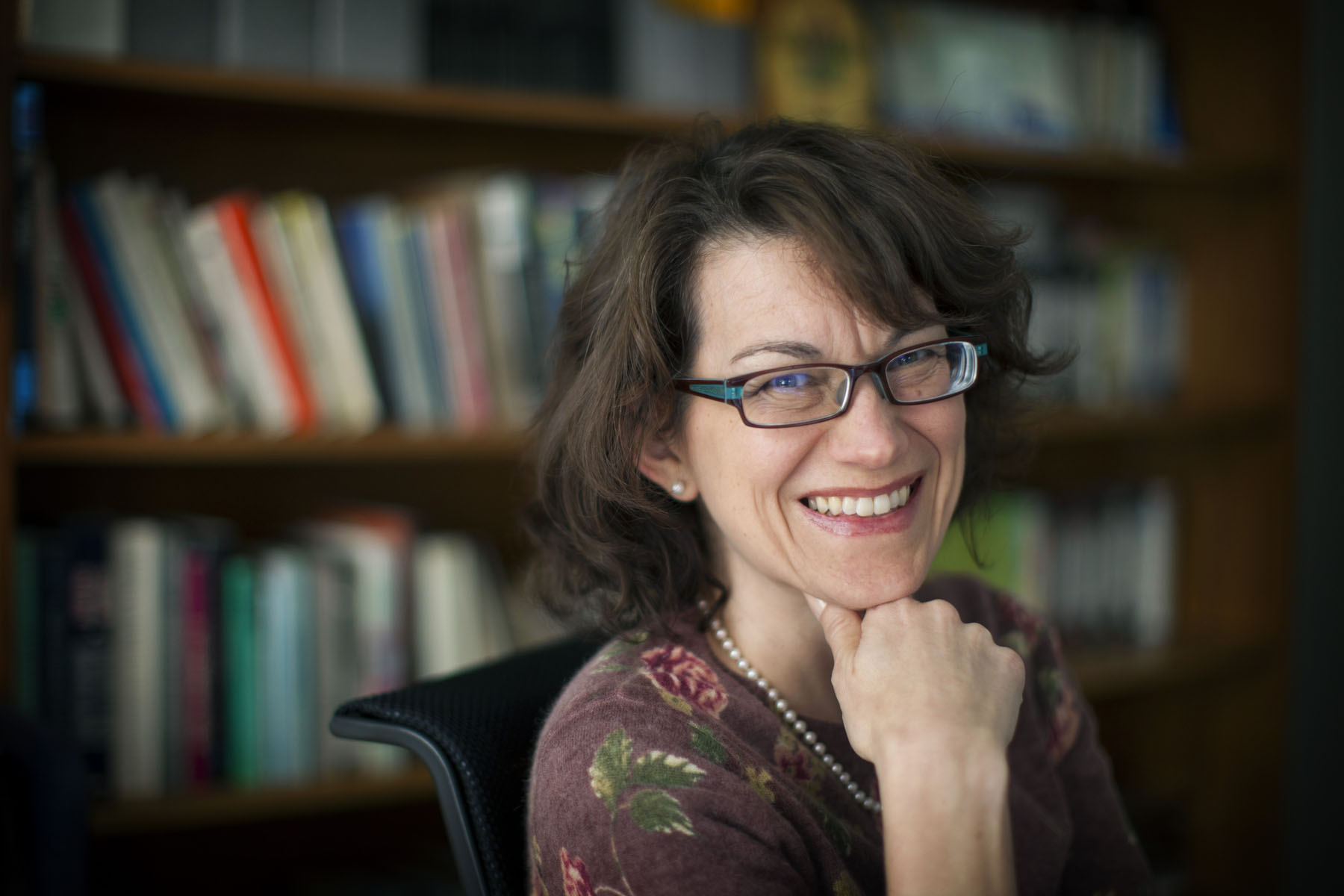 March 16, 2012 — In Montgomery, Ala., on March 17, 1965, a sheriff's posse on horseback beat and trampled peaceful protesters seeking black voting rights. The next day the Rev. Dr. Martin Luther King Jr. said to the assembled news media: "We are here to say to the white men that we no longer will let them use clubs on us in the dark corners. We're going to make them do it in the glaring light of television."

In a new book, "Equal Time: Television and the Civil Rights Movement," Aniko Bodroghkozy, an associate professor of media studies in the University of Virginia's College of Arts & Sciences, traces how the "glaring light of television" played a crucial role in reconfiguring attitudes toward race relations, African-American empowerment, desegregation and equality during the Civil Rights Movement.

The civil rights revolution became the nation's first major domestic news story to be televised. Bodroghkozy's book examines network news treatment of now-famous civil rights events, including the 1965 Selma voting rights campaign, integration riots at the University of Mississippi and the March on Washington, including King's "I Have a Dream" speech.

The book also examines the handful of television shows in the 1950s, '60s and '70s that centered on African-American actors – "East Side/West Side," "Julia" and "Good Times" – to reveal how those programs sought to represent a rapidly shifting consensus on what "blackness" and "whiteness" meant and how they now fit together. It ends with an examination of how television saw Barack Obama's victory in 2008.

Bodroghkozy shared some insights from her book to answer a few questions from UVA Today.

Q. How did TV news tell the story of the Civil Rights Movement?

A. During the civil rights years, TV news personnel employed a fairly stable and persistent set of media frames to make sense of events in the South. TV news tended to want to keep the story simple. By 1963, network news seemed to have solidified a general script for its civil rights coverage: search for worthy black victims of racial discrimination who could be individualized or, if in groups, kept largely silent, and have either Martin Luther King or a white reporter speak for them.

TV news also sought out representations of white Southern moderation and signs of progress to be able to tell a story of progress through the legislative and legal process, even though a celebration of moderation deprived the medium of its very oxygen: images of conflict, violent clashes and dramatic narratives of opposing passions. Rather than emphasize dramatic confrontation, the network news programs searched for a moderate middle, even when it was rather hard to find.

Q. Did TV serve a function in the Civil Rights Movement similar to the role of social media in the Arab Spring?

A. Just as social media didn't cause the Arab Spring or the Occupy Wall Street movement, television didn't cause the Civil Rights Movement. But in both cases, the new media helped spread the movement’s demands and arguments farther and faster.

Q. How was the show "Good Times" ultimately both a success and a failure?

A. "Good Times" took a progressive step forward in portraying an inner-city, intact and functional black family, dealing with socially relevant issues of racism and poverty. But the show needed to temper that progressiveness in racial imagery with a familiar sitcom family of warmth and good humor. The show also added a more reactionary "coonish" character of J.J., famous for his hallmark phrase "Dyn-O-Mite!" and his eye-rolling physical silliness that hearkened back to earlier traditions of minstrelsy. The show took a further step backward when it killed off the Evans family father, James Evans, Sr., who had been a powerful role model, in contrast to J.J.

Q. How has the Obama's image been paired with figures of whiteness to make whites less anxious about social change?

A. He has also been portrayed in a familiar "black-and-white-together" story – with dignified blackness yoked to accommodating and welcoming whiteness – that has been told for decades, in various incarnations. Examples include the dignified and crisply dressed marchers in the March on Washington petitioning with smiles for civil rights legislation or marching with flags to Montgomery for voting rights, in the late 1960s show "Julia," which showed the main character, Julia Baker, effortlessly living and working with accommodating whites in Los Angeles, and 20 years later, "The Cosby Show."

Most recently, the black-and-white-together story has reappeared in the way Obama described his own background as "the son of a black man from Kenya and a white woman from Kansas," and in TV coverage of his election that – across all major American networks – sought out images in the audience that framed black and white together and gave us African Americans framed in "portraits of dignity." Television news personnel probably had no idea that they were borrowing from an old script, but by 2008, that theme was so deeply embedded in television's meaning-making regimes, its reappearance was probably inevitable.

Meet the New Cavalier on Horseback: She’s Eager To ‘Carry On a Legacy’ END_OF_DOCUMENT_TOKEN_TO_BE_REPLACED

Monkeypox Is Spreading, But University’s Risk Believed To Be Low END_OF_DOCUMENT_TOKEN_TO_BE_REPLACED

Virginia Football – For All Virginia END_OF_DOCUMENT_TOKEN_TO_BE_REPLACED