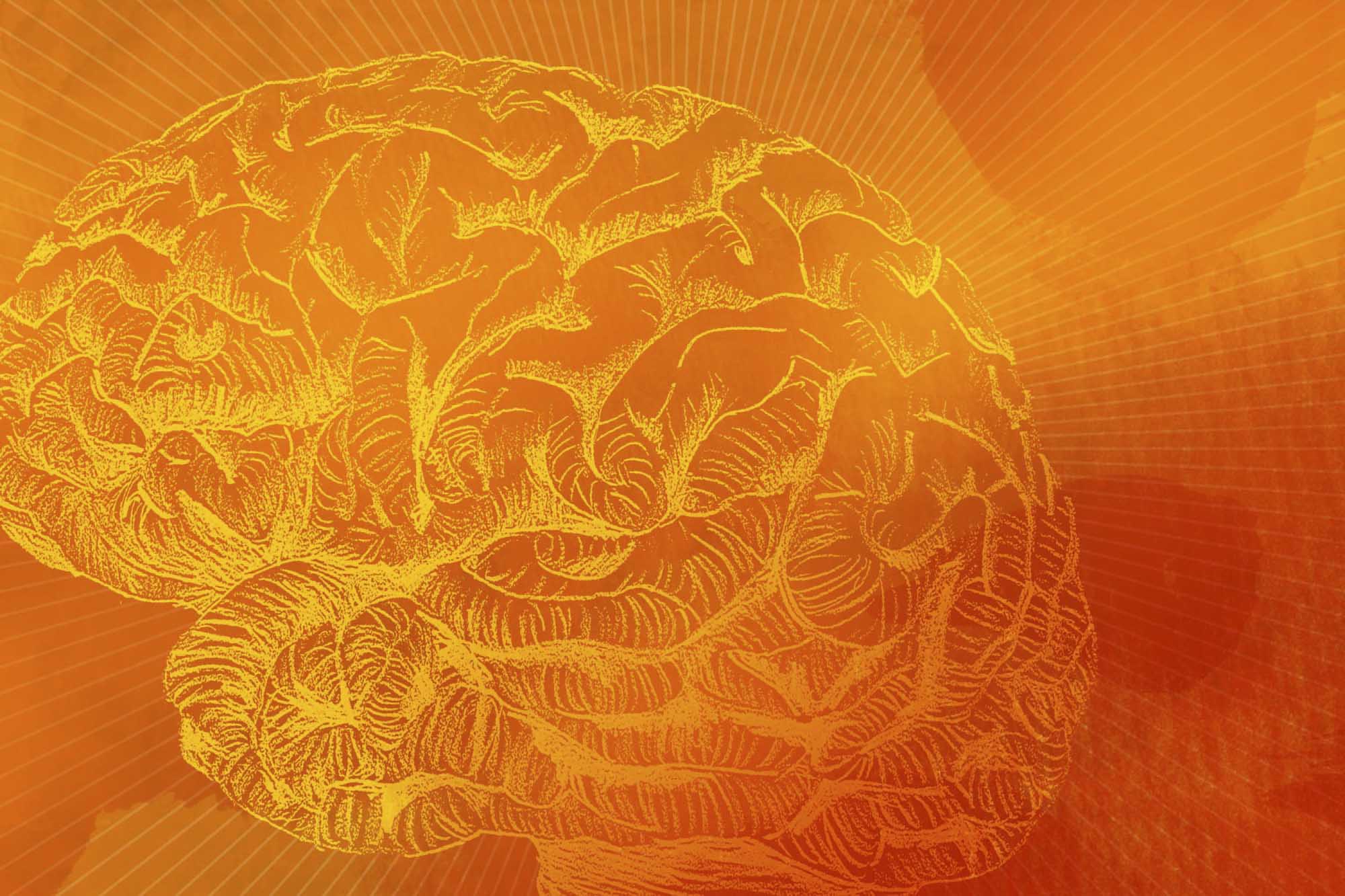 Scientists at the University of Virginia School of Medicine have developed a tool to monitor communications within the brain in a way never before possible, and it has already offered an explanation for why Alzheimer’s drugs have limited effectiveness and why patients get much worse after going off of them.

The researchers expect their new method will have tremendous impact on our understanding of depression, sleep disorders, autism, neurological diseases and major psychiatric conditions. It will speed scientific research into the workings of the brain, they say, and facilitate the development of new treatments.

“We can now ‘see’ how brain cells communicate in sharp detail in both the healthy and diseased brains,” said lead researcher J. Julius Zhu of UVA’s Department of Pharmacology.

The new method developed by Zhu and his collaborators lets scientists examine transmissions inside the brain at both the microscopic level and the far, far smaller nanoscopic level. It combines a biological “sensor” with two different forms of cutting-edge imaging.

Neuromodulatory transmissions are the “slower” transmissions in the brain. They’re typically thought to involve lots of neurons in large regions. That’s in contrast to the much faster transmissions that happen neuron-to-neuron.

But Zhu’s new tool has already shown it’s not that simple. 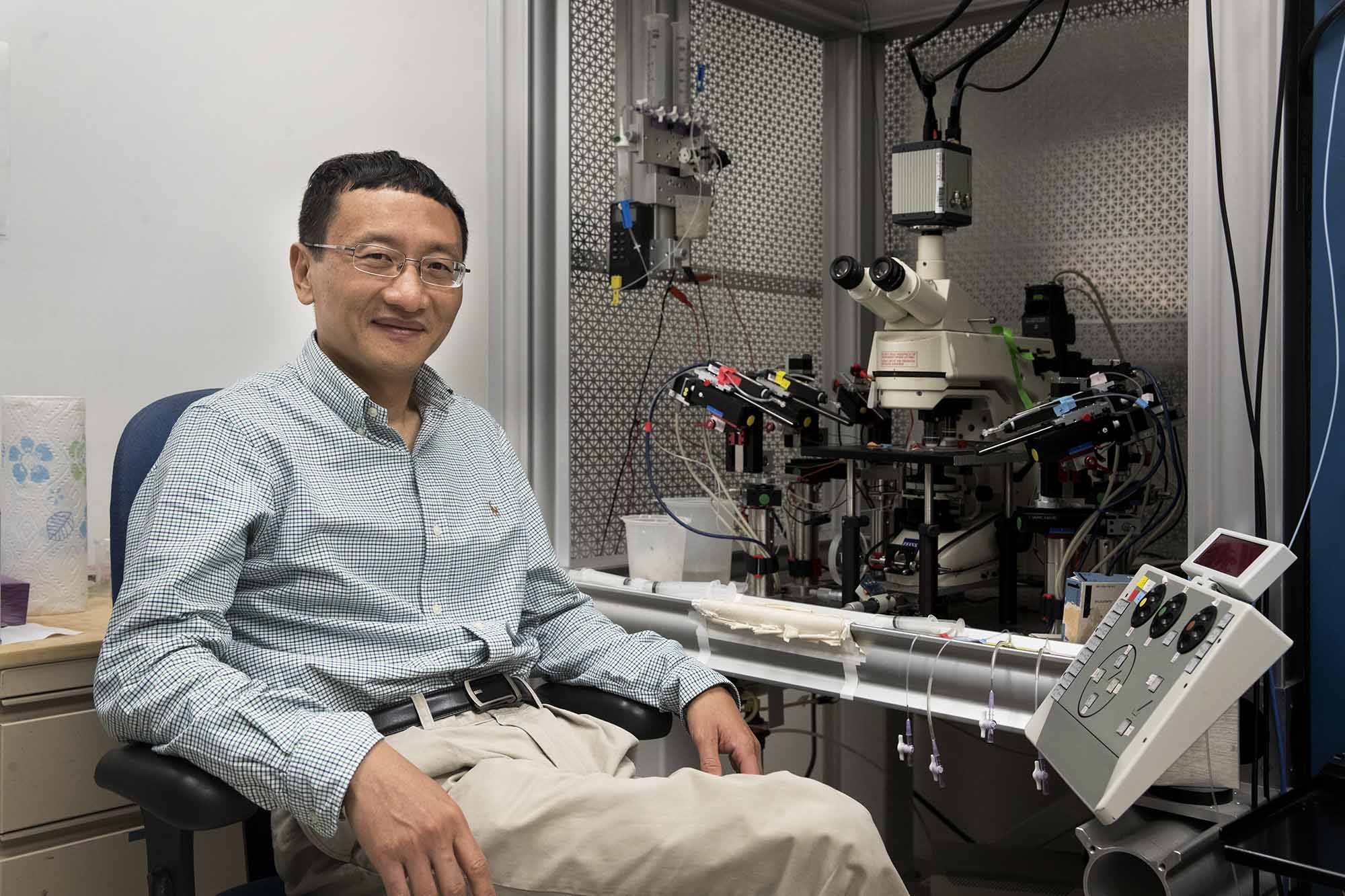 UVA researcher J. Julius Zhu and his team have developed a new method that lets scientists examine transmissions inside the brain at both the microscopic level and the far, far smaller nanoscopic level. (Photo by Dan Addison, University Communications)

In Alzheimer’s disease, Zhu and his colleagues discovered a surprising degree of “fine control and precision” in the supposedly shotgun neuromodulatory transmissions. Widely used Alzheimer’s drugs known as acetylcholinesterase inhibitors may inhibit this precise communication, the scientists report. That may explain the limited effectiveness of the drugs, they say.

The researchers went on to identify potential changes in the brain that could be brought about by long-term use of the drugs, which could explain why patients often get much worse when they stop taking them. “The new method points out Alzheimer’s defects in the unprecedented spatial and temporal resolution, defining the precise targets for medicine,” Zhu said.

Alzheimer’s, the researchers say, is just the tip of the iceberg. The new system has “broad applicability” across the spectrum of neurological and psychiatric diseases and disorders, they report in two new scientific papers. In the years to come, the scientists predict, it will help doctors understand neurological illnesses and psychiatric problems, screen drugs for potential treatments, identify disease-causing genes and develop better, more personalized medicine tailored for specific patient needs.

“If we see problems,” Zhu said, “we will be ready to treat them.”

What’s the True Story of Brooks Hall? This Architectural Historian Has the Answer END_OF_DOCUMENT_TOKEN_TO_BE_REPLACED

At UVA, There Is a Club for Everyone END_OF_DOCUMENT_TOKEN_TO_BE_REPLACED