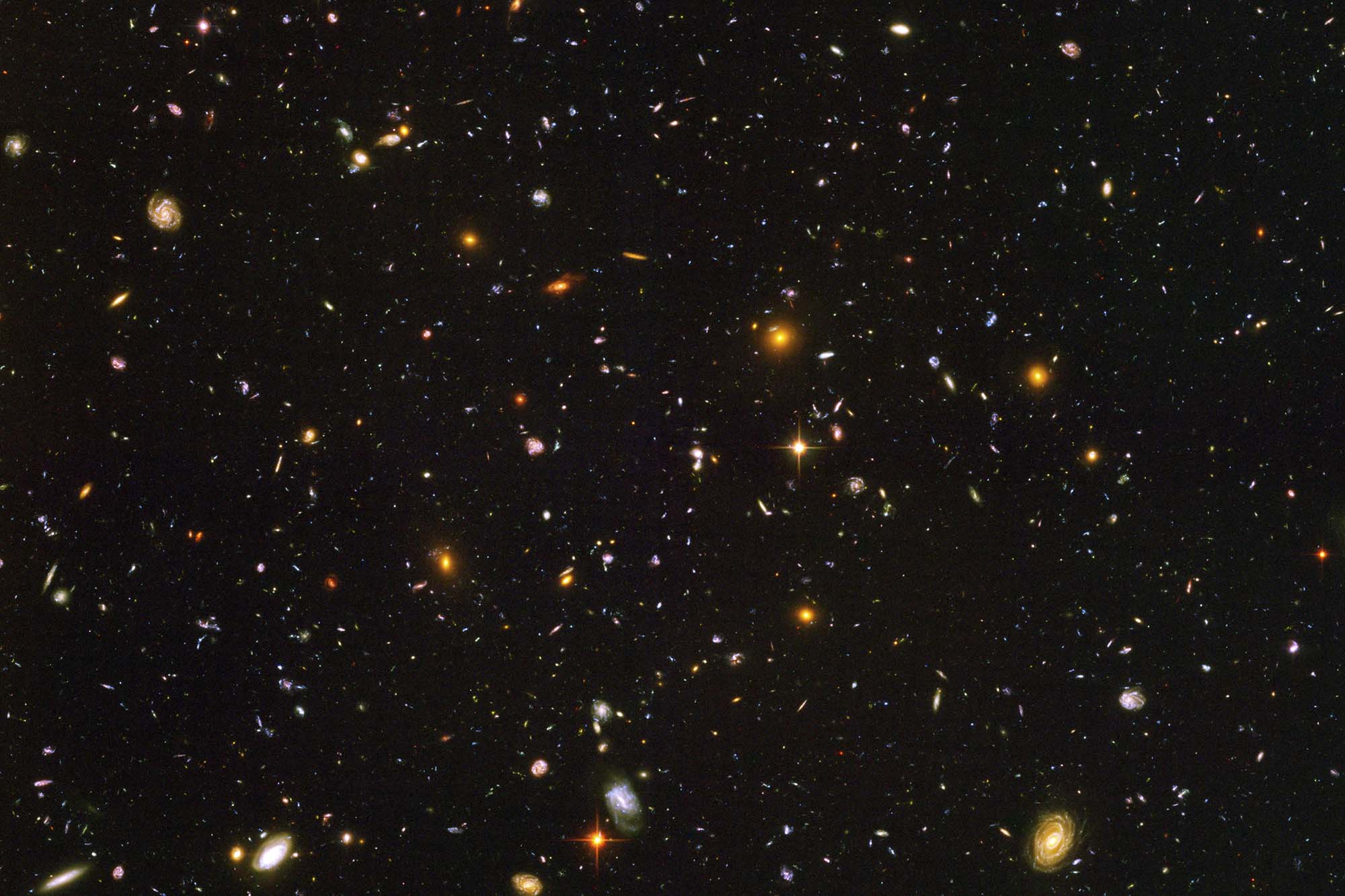 A top goal in cosmology is to precisely measure the total amount of matter in the universe, a daunting exercise for even the most mathematically proficient. A visiting astronomy professor at the University of Virginia, working with a team led by scientists at the University of California, Riverside, has now done just that.

Reporting in the Sept. 25 edition of the Astrophysical Journal, the team determined that matter makes up 31% of the total amount of matter and energy in the universe, with the remainder consisting of dark energy, the term used by astronomers to describe the gravity-repelling force affecting the universe’s continued expansion. The team’s conclusions were made possible through the use of “GalWeight,” a cosmological tool developed by visiting UVA professor Anatoly Klypin, who is an expert in numerical simulations and cosmology, and the team led by a former student of Klypin’s.

“To put that amount of matter in context, if all the matter in the universe were spread out evenly across space, it would correspond to an average mass density equal to only about six hydrogen atoms per cubic meter,” said first author Mohamed Abdullah, a graduate student in the Cal-Riverside Department of Physics and Astronomy. “However, since we know 80% of matter is actually dark matter, in reality, most of this matter consists not of hydrogen atoms, but rather of a type of matter that cosmologists don’t yet understand.” The Russian-born Klypin, who joined the Department of Astronomy in UVA’s College and Graduate School of Arts & Sciences after retiring from New Mexico State University, said that their findings pulled in expertise and resources from around the world. Klypin noted that Abdullah came to the United States from Egypt to continue his graduate studies, and that the computer modeling used for their project was done with the assistance of German and Spanish researchers working in Germany.

“This has been a truly international effort,” said Klypin, who has spent his career developing numerical methods for cosmological simulations in the pursuit of theoretical predictions on the formation and structure of galaxies and galaxy structures. “It would have been very difficult to complete without that spirit of collaboration.”

Comparing the observed number and mass of galaxy clusters per unit volume with predictions from numerical simulations is a well-proven technique for determining the total amount of matter in the universe. Because present-day galaxy clusters have formed from matter that has collapsed over billions of years under its own gravity, the number of clusters observed at the present time is very sensitive to cosmological conditions and, in particular, the total amount of matter. “A higher percentage of matter would result in more clusters,” said Abdullah, who worked with Klypin at New Mexico State University. “The ‘Goldilocks’ challenge for our team was to measure the number of clusters and then determine which answer was ‘just right.’ But it is difficult to measure the mass of any galaxy cluster accurately because most of the matter is dark so we can’t see it with telescopes.”

To overcome this difficulty, the team of astronomers developed “GalWeight”, a cosmological tool to measure the mass of a galaxy cluster using the orbits of its member galaxies. The researchers then applied their tool to observations from the Sloan Digital Sky Survey to create “GalWCat19,” a publicly available catalog of galaxy clusters. Finally, they compared the number of clusters in their new catalog with simulations to determine the total amount of matter in the universe.

“A huge advantage of using our GalWeight galaxy orbit technique was that our team was able to determine a mass for each cluster individually, rather than rely on more indirect statistical methods,” said Klypin, the third author.

By combining their measurement with those from the other teams that used different techniques, the Cal-Riverside-led team was able to determine a best combined value (with a 1.3% margin of error), concluding that matter makes up 31.5% of the total amount of matter and energy in the universe.

The study was supported by grants from the National Science Foundation and NASA. The research paper is titled “Cosmological Constraints on Ωm and σ8 from Cluster Abundances using the GalWCat19 Optical-spectroscopic SDSS Catalog.”