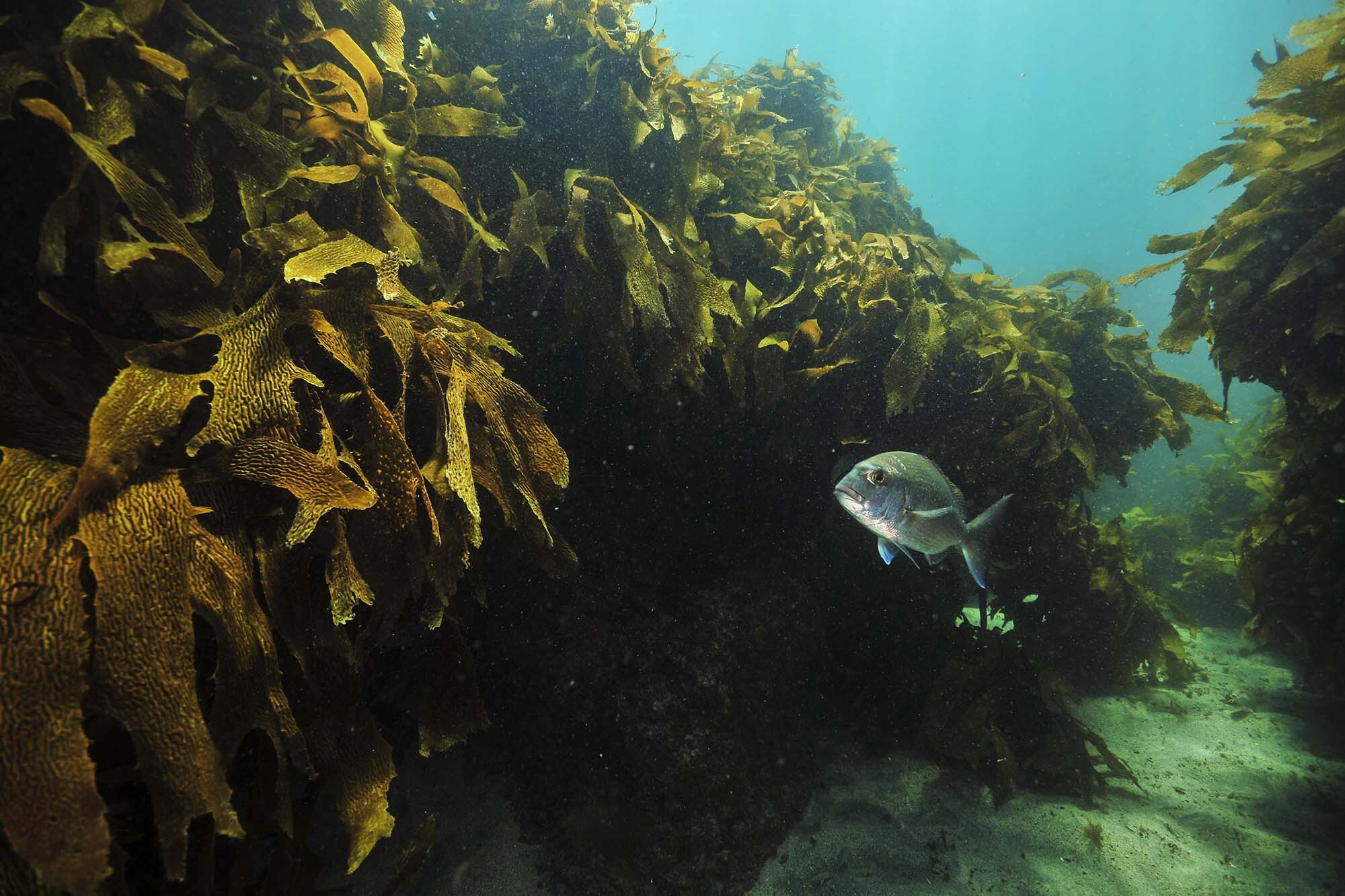 The ocean removes a quarter of human carbon dioxide emissions, making it a potentially desirable place to invest in carbon dioxide-sequestering interventions.

In the 2015 Paris Agreement, nations around the world pledged to limit future global warming to well below 2.0 degrees Celsius, preferably to 1.5 degrees Celsius, only a few tenths of a degree higher than where Earth’s temperature stands now. While the primary action for countries to take is emissions abatement, or the reduction of carbon dioxide release by switching to renewable fuels, energy-efficient power sources and novel approaches to steel and cement production, scientists have made it clear that abatement is not enough. In order to curb the effects of heat-trapping gases, the world needs to innovate technologies and interventions which speed up carbon dioxide removal from the atmosphere.

Scientists and engineers are exploring potential solutions to do this, and in a new report from a National Academy of Sciences panel, chaired by University of Virginia environmental science professor Scott Doney, the focus is on the ocean, not the atmosphere.

For more than 20 years, Doney has researched human CO2 emissions and has worked to quantify how much of the greenhouse gas is taken up by the Earth’s ocean. With a background in oceanography and biogeochemistry, Doney said the alkalinity and natural processes of the ocean already allow it to remove a quarter of human carbon dioxide emissions, making it a potentially desirable destination for CO2-removing interventions.

Tasked with identifying six potential solutions for further research, panelists reflected a diverse set of geographies and disciplinary perspectives, including individuals from across the U.S., United Kingdom, Germany and Canada. From proposals to electrically jolt the oceans to make them less acidic, to spurring photosynthesis through the addition of nutrients, to farming seaweed for greater CO2 consumption, the research study aims to inform leaders and the public from around the world to make educated decisions in the future. 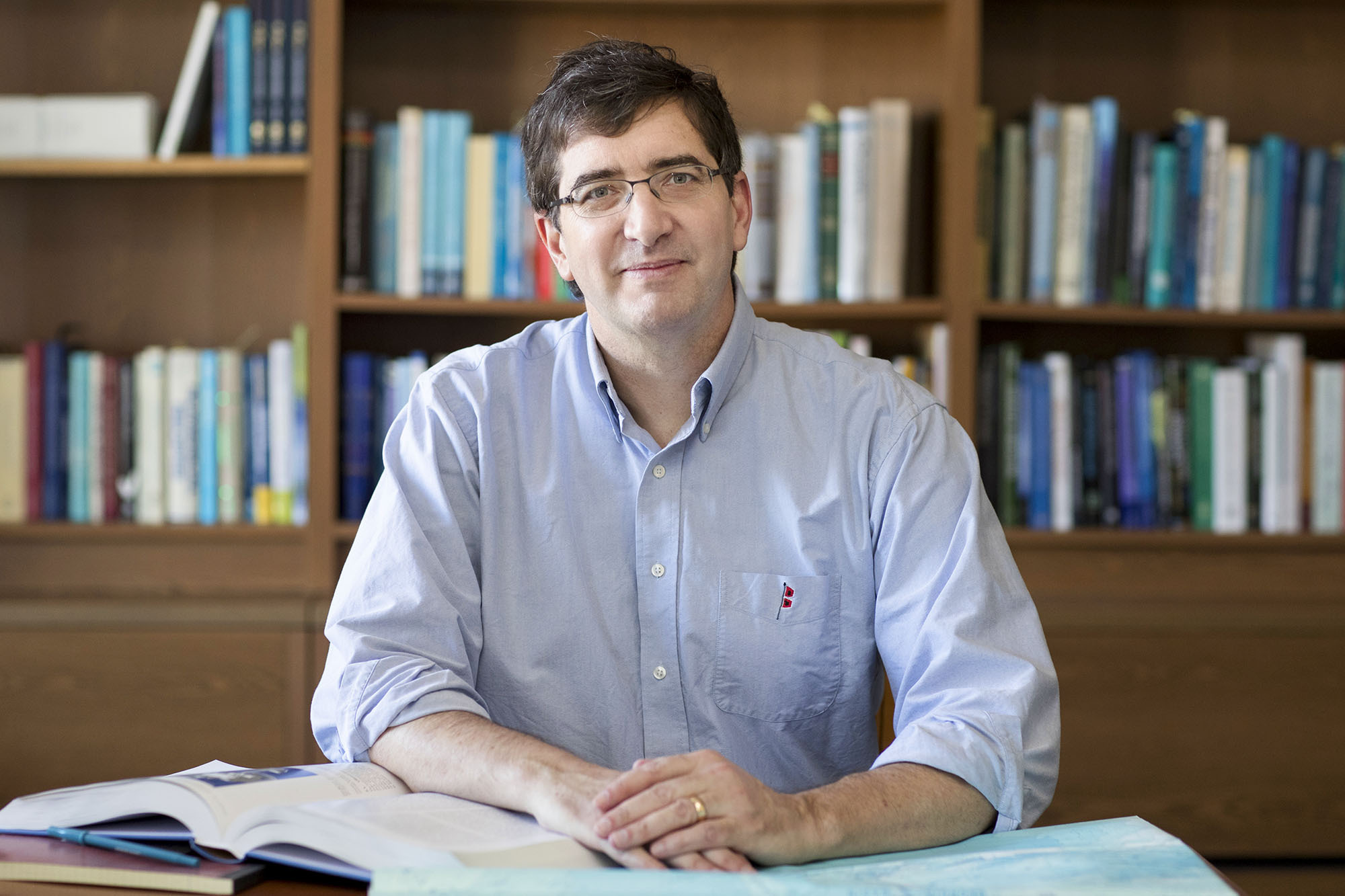 To better understand how the six recommendations were made, UVA Today checked in with Doney, Kington Professor in Environmental Change, about the risks, costs and next steps to diving deeper into each solution’s potential.

Q. Why are scientists targeting the ocean for carbon reduction?

A. The ocean is a really good sink for CO2 because it has a relatively high alkalinity, which comes from the weathering of rocks on land. The ocean is a lot better at taking up CO2 than fresh water.

You can increase seawater alkalinity by grinding up rocks and adding them to the ocean, or there are electrochemical approaches. We also know that biological processes in the ocean, things like photosynthesis by phytoplankton on the surface ocean, remove carbon and transport it to the deep ocean. So, in its natural state, the ocean holds a lot of carbon and … if you could enhance this biological pump in the right way, you could potentially increase the storage of carbon in the deep sea.

Q. To what extent have climate change-combatting technologies been researched so far?

A. Some approaches have been primarily researched in the laboratory or on computer simulations using theoretical models, and haven’t seen a lot of field-scale experiments yet. Other approaches, such as iron fertilization, have been explored in some detail, but primarily for looking at the basic science of how the ocean functions.

Q. What aspects are taken into consideration when determining the risk level of different interventions?

A. There are a number of different environmental risks, but also social risks. The overarching one is that we don’t want this research to detract from efforts to decarbonize the economy. Emissions abatement – reducing our CO2 emissions – is very high priority.

In terms of environmental risks, the first question is ‘Does it actually work?,’ and the second is ‘Does it work at scale in removing CO2 and storing it for long periods of time?’ That can be challenging, because unlike on land, the ocean is a turbulent moving fluid, so if you remove carbon in one part of the ocean, it might quickly get released somewhere else. Or the activity you do in one spot might change things downstream; for example, if you use up all the nutrients in one part of the ocean, that means there might be less photosynthesis, less phytoplankton blooms somewhere else. You have to be very careful at thinking about it on a large scale.

Secondly, all of these approaches have some intended effect. Fertilization with iron is attempting to increase biological productivity, shifting the whole ecosystem into a different state. By adding alkalinity, you are changing one of the fundamental properties of seawater chemistry, and while that may have benefits for offsetting ocean acidification, for example, it could have other detrimental effects that we don’t fully understand. So, we strongly recommended that any research to proceed would need a lot of monitoring and verification – verification that the carbon was actually being removed and stored, and monitoring of how this affects biological productivity and the biological community that is there.

The other part is, if you were to do this at scale, there will be social impacts. A lot of these approaches would need infrastructure to be built on land or done in the coastal ocean where you may be competing with other uses of the marine environment. We included in the research agenda a strong component on the social dimensions. We wouldn’t want this to interfere with sustainable development goals or to exacerbate income inequality, or disrupt peoples’ livelihoods and culture.

Q. How would this research be paid for, and how expensive would it be?

A. The total cost for some of the priority elements was a little over $1 billion over 10 years, and this was written with both federal agency and private funders, foundations, and philanthropies in mind. We also have a big component of international collaboration, as there are researchers in Europe, Asia, and around the world who are quite interested in this work.

Q. Who will make the next decisions, allowing researchers to embark on these discoveries?

A. The first thing that needs to go into place is a research code of conduct that is well agreed-upon by scientists, governments and stakeholder communities. This would involve how we can ethically and justly conduct this research and how we can do it in an open and transparent fashion. It would be everything from project planning, to monitoring and verification, to data distribution and early stakeholder engagement.

In terms of next steps beyond that, we recommended a more detailed implementation plan be written for any of these approaches, and that is really going to be up to the funders, whether it is foundations that want to invest in this, or federal agencies.

A. Relevant to UVA, the panel was not just natural scientists and engineers; we had social scientists, and legal and policy scholars. Particularly when you start to think about governance, social license, and the social dimensions, this is one of those challenging interdisciplinary problems.

I think this is a good example of the kind of things UVA can be really good at because we have those connections between business, law, policy, and economics, with engineering, social science and natural science.

When Less Is More: How Harnessing the Power of Subtraction Can Add to Life END_OF_DOCUMENT_TOKEN_TO_BE_REPLACED