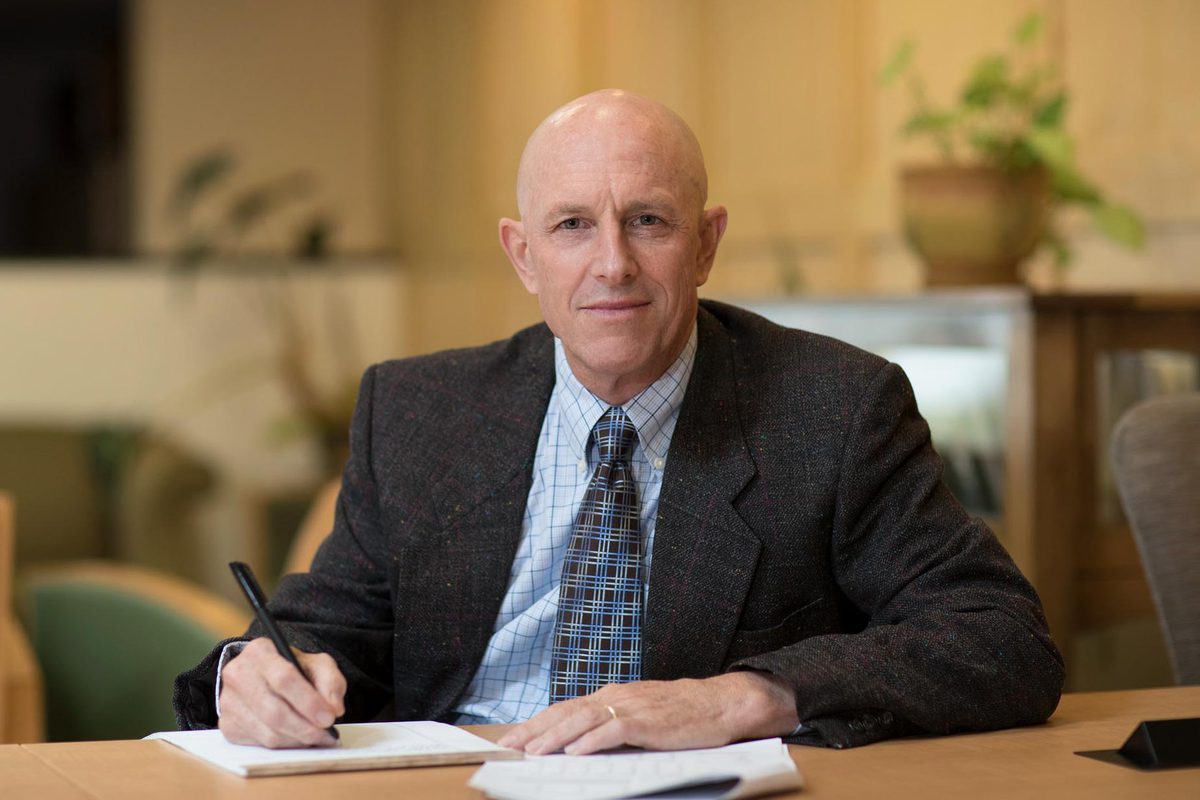 Drugs overdoses in the United States have been on the rise, and studies have paid particular attention to prescription opioids, heroin and synthetic opioids, such as fentanyl. But University of Virginia researcher Christopher Ruhm fears the scrutiny on opioids is diverting attention from the rise in non-opioid-related drug deaths; in the 17-year period from 1999 to 2016, such deaths increased by 274%, according to his calculations.

Ruhm, a professor of public policy and economics, studies the determinants of health and risky behaviors and the causes and consequences of alcohol and illegal drug policies. He has more than 140 pieces published as book chapters and articles in economics, public policy and health journals.

During the 1996-97 academic year, he was senior economist on President Bill Clinton’s Council of Economic Advisers, dealing with health policy, aging and labor market issues. He is currently a research associate in the health economics, health care policy and children’s programs at the National Bureau of Economic Research.

Ruhm recently published in Health Affairs his research on the rising drug death rates involving non-opioids, and agreed to field some questions about his work from UVA Today.

Q. What is the contribution of non-opioid drugs to the U.S. drug overdose death-rate growth?

However, it is important to recognize that multiple drug use is common – for example, many overdose deaths involve the use of both opioids and non-opioids, so that assigning the contribution correctly is complicated.

Q. Why is this contribution not well-understood?

A. I think there are two reasons for this. First, a great deal of attention has been paid to opioid deaths – which are obviously an enormous problem – but this has reduced the attention paid, by both researchers and policymakers, to non-opioid deaths. Second, non-opioid drugs consist of multiple categories, complicating the analysis of them and of communicating the results of these analyses to the public.

A. Absolutely. “Poly-drug use” is frequent and it raises the risk of adverse events, including death, compared to using a single category of drugs. With that said, deaths involving non-opioids, without the simultaneous use of opioids, are also common and rising rapidly.

Q. What is driving this fairly steep increase in death rates?

“I would like to think that doing this research has increased the level of compassion I have for others less fortunate than myself. Individuals have different levels of susceptibility to drugs and other forms of addiction.”

Q. Has your research suggested steps that would help curb opioid and non-opioid use to decrease the death rate?

A. The first step is to more fully recognize the scope of the problem and the speed with which it is growing, so as to take proactive steps quickly. Next, it is important to recognize that some interventions designed to reduce opioid deaths will also be applicable to non-opioids, but that specialized interventions are also likely to be needed.

For instance, such policies may include enhanced epidemiological assessment and monitoring, targeted prevention and treatment efforts, greater use of educational materials, medication contracts agreed to by patients, and limitations on the numbers of pills prescribed when physicians suspect diversion or abuse of medications for attention deficit hyperactivity disorder.

There has also been particular concern about students’ misuse of prescribed stimulants as study aids. Interventions proposed to address this include multidisciplinary campus action plans and early intervention strategies to assess risk and prevent the progression to serious substance abuse.

Q. What drew you to conduct research in this area?

A. I originally became interested in the issue of drug fatalities because of some unrelated research in which poisoning deaths turned out to play a key role. It was only after obtaining that result that I learned that more than 90% of poisoning fatalities are drug overdose deaths. When I realized this, I began my research in the general area and discovered the very rapid increases in drug deaths – this was before these had received a great deal of public notice.

The attention that did later come focused almost exclusively on opioids, and so I was interested in examining whether the problem was being conceived of too narrowly.

Q. In your research, what have you learned that surprised you?

A. I knew that poly-drug use was an issue, but had not realized how prevalent it is. I had also not realized how similar many legal and illicit drugs are. For example, oxycodone (a major prescription opioid) is chemically almost identical to heroin and some prescription ADHD medications are fairly similar to methamphetamines.

Q. In your research, what have you learned about yourself?

A. I would like to think that doing this research has increased the level of compassion I have for others less fortunate than myself. Individuals have different levels of susceptibility to drugs and other forms of addiction and I am lucky to have a relatively low level of susceptibility myself. But, in my work, I hope to be of some help to those less fortunate in this regard.

Monkeypox Is Spreading, But University’s Risk Believed To Be Low END_OF_DOCUMENT_TOKEN_TO_BE_REPLACED

This Alum Is Living His Best Life on the Road, One State at a Time END_OF_DOCUMENT_TOKEN_TO_BE_REPLACED

These Giant Wind Turbines, Inspired by Palm Trees, May Be the Future of Renewable Energy END_OF_DOCUMENT_TOKEN_TO_BE_REPLACED