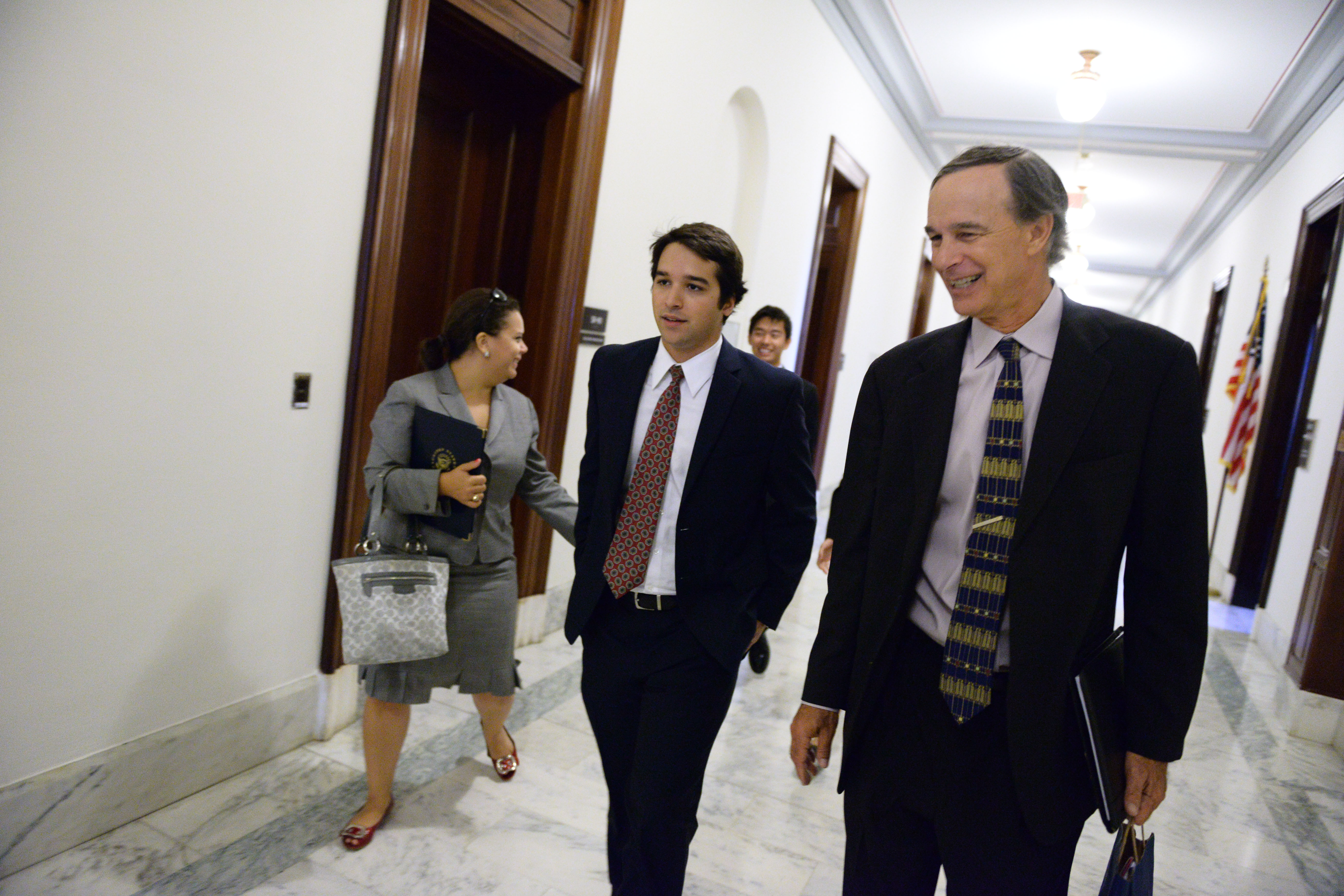 Anyone in the world can learn the lessons of real-world policymaking from some of the nation’s top leaders and thinkers through a new massive open online course, or MOOC, from the University of Virginia’s Frank Batten School of Leadership and Public Policy.

Coursera is offering the course “on demand” starting Sunday, so students can work at their own pace.

Designed and led by Batten School assistant dean and professor Gerry Warburg (who also conducts the recorded interviews with the guest leaders), the nine-week course will delve into some of today’s major policy topics, including U.S.-China relations and health and defense policy, plus case studies of recent policy advocacy campaigns.

“Since its founding in 2007,” Stam said, “the Batten School has sought out innovative ways to deliver instruction, from using group simulation projects to flipped classrooms, skills-based leadership training and MOOCs.”

The goal of the course is to enhance understanding of how public policy options are tested and adopted in the today’s political arena, including the importance of issue-framing and building coalitions of support.

“Our objective is to make the policy world more accessible,” Warburg said. “We seek to impart specific, portable skills for analyzing and advancing public policy solutions – for private sector leaders, NGO advocates and future government policymakers alike. We are eager to offer students around the globe a genuine feel for what it is like to be in a Batten School classroom, while imparting what U.Va. founder Thomas Jefferson called ‘useful knowledge.’”

Warburg has dedicated his career to building and sharing such knowledge, and it is the focus of his latest book, “Dispatches from the Eastern Front: A Political Education from the Nixon Years to the Age of Obama.” In his memoir, Warburg distills the real-world political lessons he learned during 40 years working in Washington, many of those years as a senior staffer in the House of Representatives and Senate, and later as a lobbyist.

Warburg draws on his decades of experience to ask tough, insightful and revealing questions of the top leaders featured in the course.

The course comprises nine modules, each focusing on a specific 21st-century public policy issue, through brief recorded class sessions – both interview excerpts and single-speaker lectures – ranging from four to 10 minutes in length, combined with multimedia resources and discussion questions that require independent research.

What’s Next for UVA’s Class of 2022? END_OF_DOCUMENT_TOKEN_TO_BE_REPLACED

How Affordable is UVA? END_OF_DOCUMENT_TOKEN_TO_BE_REPLACED