The Next Generation of Wahoos: Meet the Class of 2021 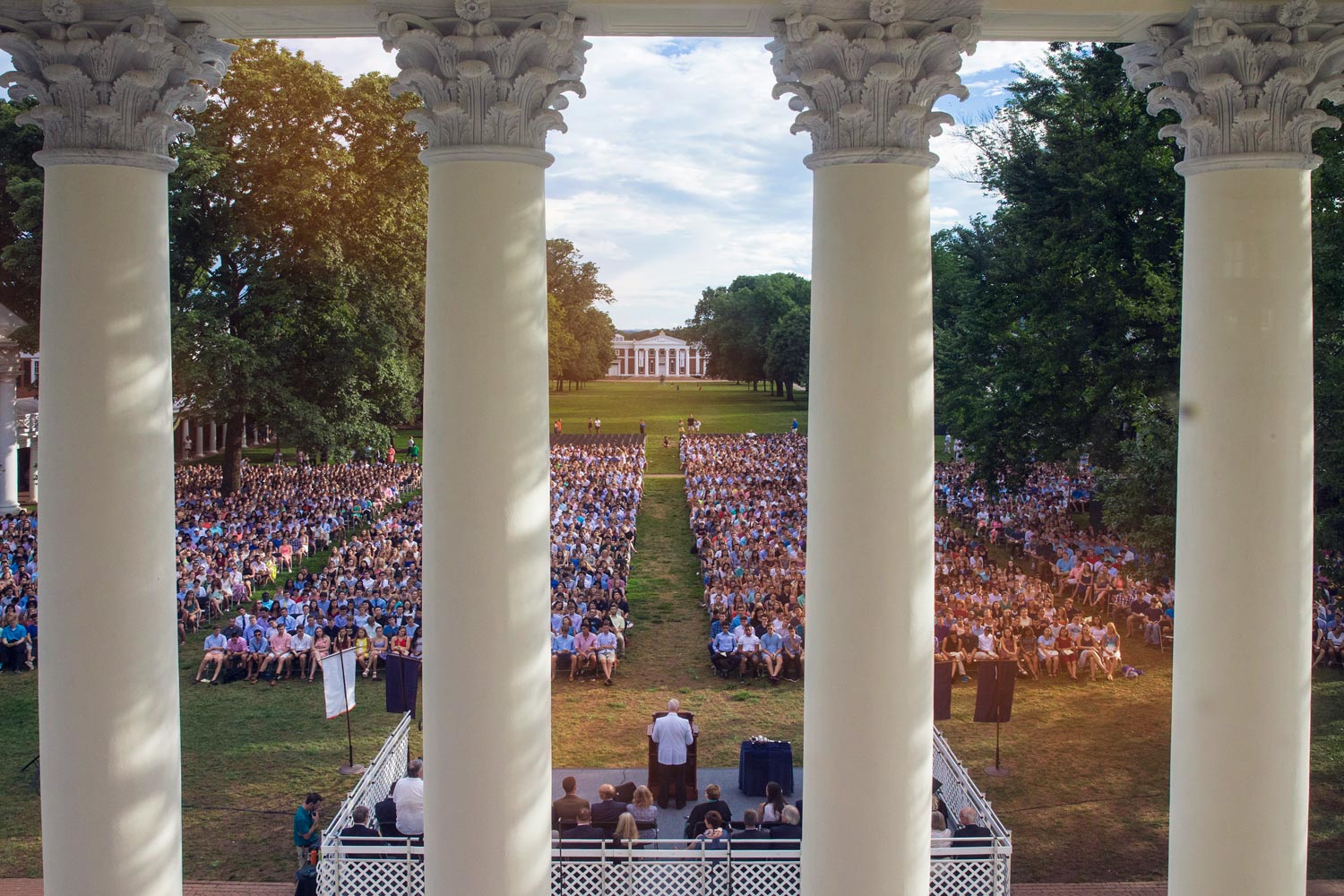 Each fall, the University of Virginia welcomes a fresh set of bright young minds who will uphold the school’s mission to better the commonwealth and the world. UVA’s Class of 2021 is well-suited to meet this challenge. This year’s entering class is one of the most diverse and talented yet, bringing a wave of new innovators into the constant convergence of ideas on Grounds.

“We work hard to find students who will effect positive change in our community and the world at large,” UVA Dean of Admission Gregory Roberts said. “The students in this highly diverse and talented class exemplify the kind of intellectual curiosity, moral courage and civic leadership we need now more than ever. We are humbled by and grateful for their presence here.”

Members of the Class of 2021 earned a space at UVA in the University’s most competitive admission cycle on record. The application volume was up 13.6 percent from the previous year to a record high of 36,781 applications for 3,725 spaces in the first-year class. The newly enrolled students had a mean SAT score of 1,388 and 89.4 percent of them were in the top 10 percent of their high school class.

This high-achieving class includes a record number of first-generation college students, Pell Grant recipients (who receive federal financial aid) and students who identify as members of a minority group. There are 455 first-generation college students and 1,247 students who identify as a minority. Continuing a steady trend that has seen the number of Pell-eligible students increase by nearly 30 percent over the last five years, the Class of 2021 has 486 Pell Grant recipients.

In addition to their academic accomplishments, the Class of 2021’s extracurricular activities reveal an impressive group of young founders, artists, activists, budding scientists and much more.

Among the young founders of the new class is incoming Jefferson Scholar Shefalika Prasad. As a high school student, Prasad began using her lifelong passion for tennis to help promote the importance of a healthy active lifestyle among young children in her hometown of Buffalo, New York. Prasad created Serve2Serve, a nonprofit organization that has helped engage more young children in fun physical activity by stocking local community centers with equipment and offering free tennis workshops for kids.

“I plan to take my foundation to UVA, too, and start a CIO [contracted independent organization] here,” said Prasad. She’s already contacted other local groups with similar goals to discuss possible collaborations.

When Prasad and her peers arrive to implement their plans on Grounds, they’ll be sharing their perspectives with classmates from 47 states and 72 countries.

Many in-state students like Ridley Scholar Jolie Magenheimer are looking forward to the steady exchange of ideas between Virginia Wahoos and their fellows from all corners of the world. Magenheimer hopes to begin that exchange right away in her new home at UVA’s International Residence College, which hosts a wide variety of social and cultural events with the nearly 300 foreign and domestic students living there.

“I’ve always been interested in international outlooks,” said Magenheimer. “My mom was adopted from Korea and I’ve always lived in a diverse neighborhood, so I thought this opportunity was really right for me. I love learning about other cultures.”

As Move-In Weekend begins on Friday, Magenheimer and her many classmates will have the opportunity to meet face-to-face for the first time and begin learning more about all the opportunities the University has in store for them.

Monkeypox Is Spreading, But University’s Risk Believed To Be Low END_OF_DOCUMENT_TOKEN_TO_BE_REPLACED

Q&A: Assessing the Risks and Rewards of Pelosi’s Plan to Visit Taiwan END_OF_DOCUMENT_TOKEN_TO_BE_REPLACED

These Giant Wind Turbines, Inspired by Palm Trees, May Be the Future of Renewable Energy END_OF_DOCUMENT_TOKEN_TO_BE_REPLACED