Not Interested in ‘Elf on a Shelf’? Try ‘Mensch on a Bench’ 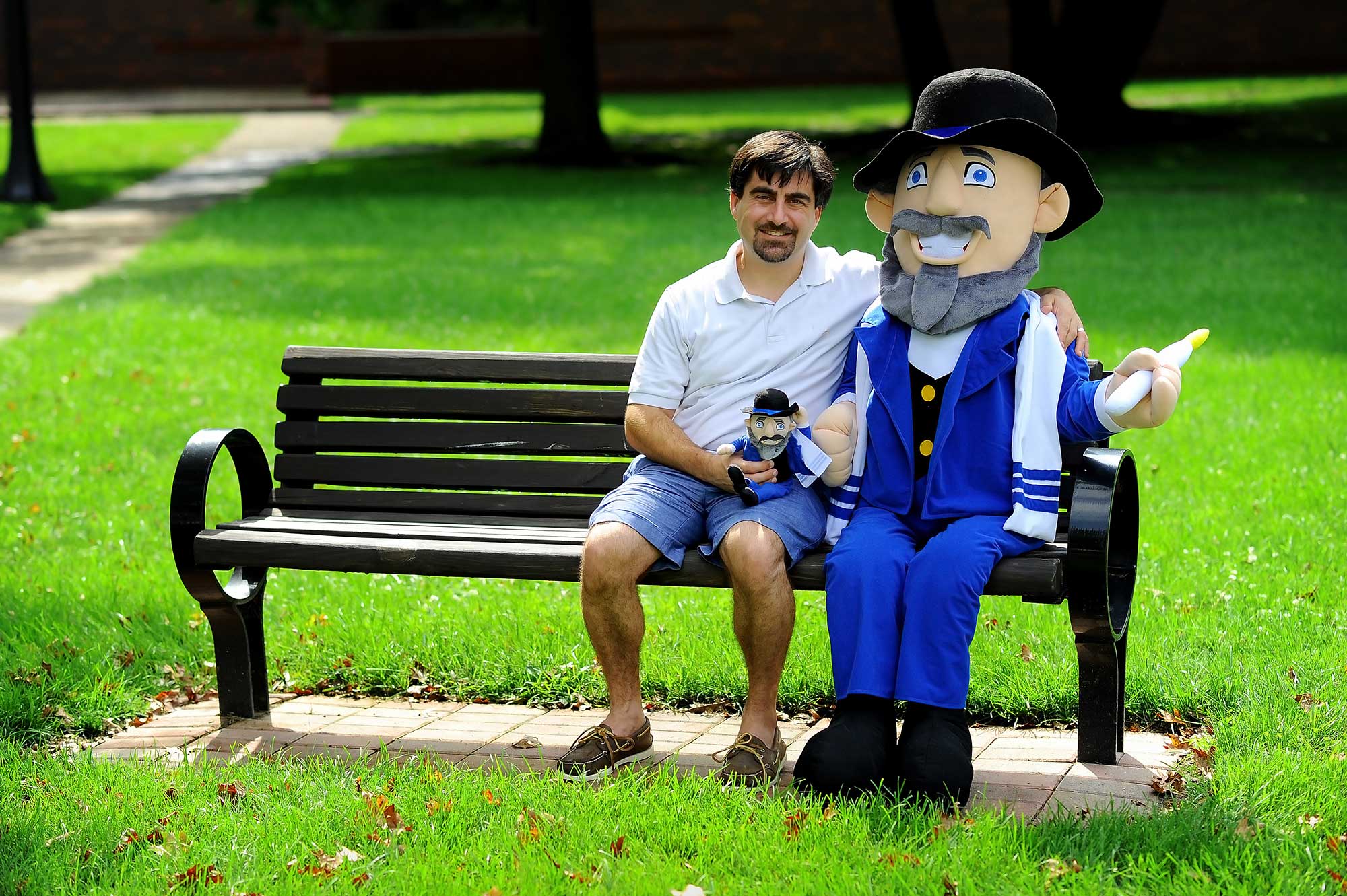 In 2012, Neal Hoffman was doing some holiday shopping with his family when his son Jake asked if he could have an “Elf on the Shelf” – a Christmas-themed toy that has become a holiday tradition for many families.

“My wife is Catholic, I am Jewish and we are raising our two sons in the Jewish faith,” said Hoffman, a graduate of the University of Virginia’s Darden School of Business. “I joked that, ‘Jews don’t do elves on shelves, we do mensches on benches.’ Immediately, there was this jolt of electricity, a spark.”

That night, Hoffman went home and sketched out his idea for a toy and book about Moshe the Mensch – a Yiddish word meaning “good and honorable person.”

Four years later, Moshe and new additions “Hannah the Hanukkah Hero” and “Bubbe the Jewish Grandmother” are among this year’s best-selling holiday toys, exceeding $2.5 million in sales. The toys are carried by big-box stores like Target and Bed Bath & Beyond and endorsed by ABC’s hit entrepreneurship competition, “Shark Tank.” 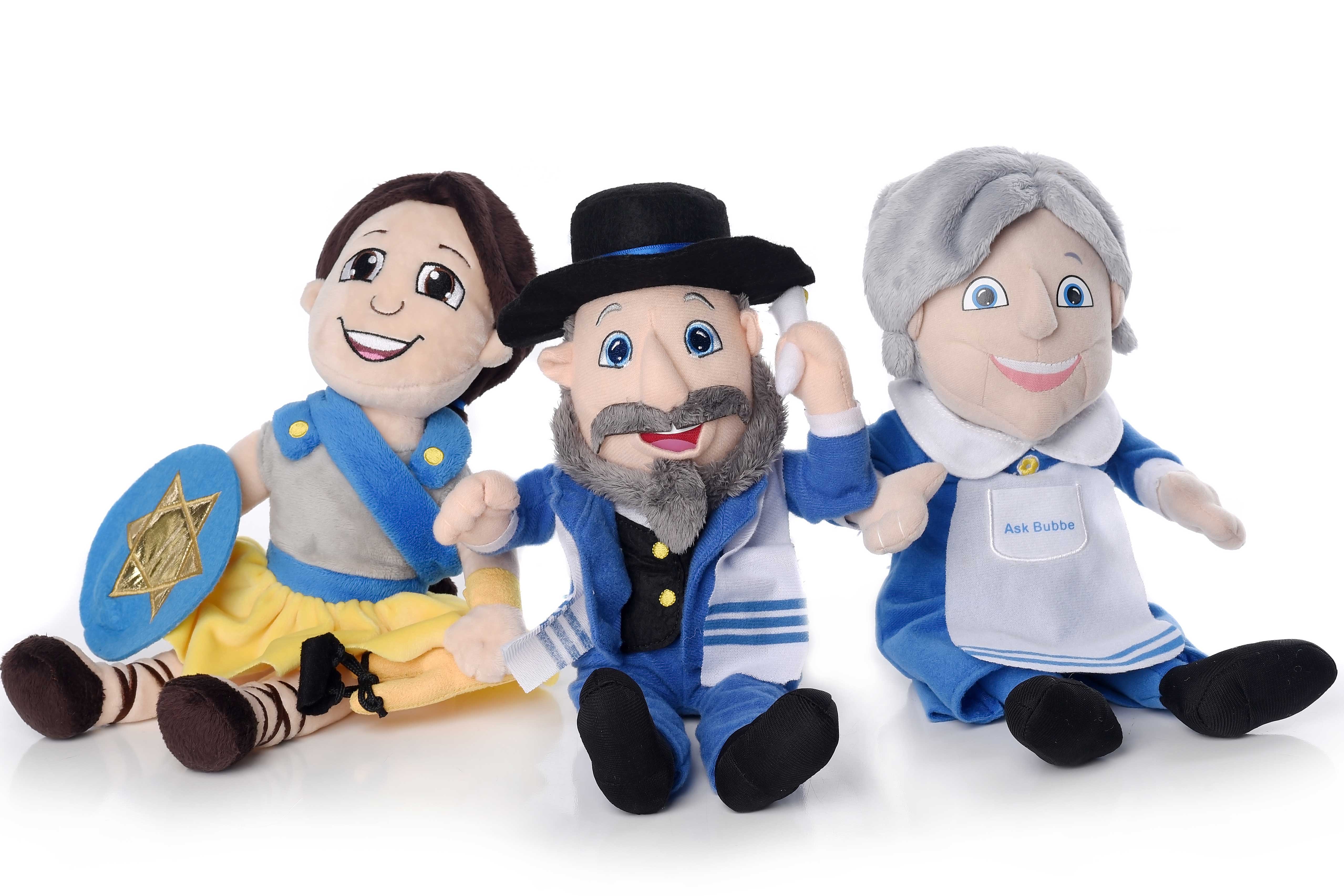 “It offers a little parity between Christmas and Hanukkah,” Hoffman said. “I think there was a real need for the Jewish community to have a character or intellectual property that brings it all together.”

For Hoffman, the success of Mensch on a Bench is the culmination of a lifelong interest in toymaking. On his first day at Darden, he called Hasbro, told them he was earning his MBA and told them he wanted to work for them, even if it meant interning with no pay. Luckily they were eager to hire him and even to pay him. Hoffman worked there for several years after graduation, guiding famed toy brands like G.I. Joe and Transformers.

“I have always been a big kid at heart, and I love the entertainment and toy industry,” he said. “I love bringing smiles to kids’ faces.”

He is also dedicated to Jewish history and tradition and hopes that Moshe will help families preserve and pass down those rituals. He has even heard from Christian families who purchased the toy to teach their children about a different religion.

“We are not creating the Jewish Santa Claus,” he said, noting that many view Santa Claus as distinct from the Christian religion. “Moshe and his story drive home the traditions we have as Jews and the core of the religion.”

In the story, Moshe the Mensch saves Hanukkah for the Maccabee family. The Maccabee name refers to the historic family that led a Jewish revolt against King Antiochus in the second century – from which the Hanukkah tradition comes. The mensch ideal, according to Hoffman, is a cornerstone of how he hopes to raise his family and run his business.

“It is the highest compliment you can give someone in Judaism,” he said. “Being a mensch is a value that you want to pass down from parent to child. As we run this company and are faced with decisions, we look at them thinking, ‘Is this the right thing to do?’”

That is why, when the first batch of Moshe books came back from the printer with subpar paper and bindings, Hoffman had each and every one reprinted. It is also why he still packs boxes in the basement each night with his sons, though they could probably afford to outsource the job.

Hoffman’s approach has inspired confidence among his investors, even when Hoffman himself did not feel all that confident. He recalls one Darden classmate, Garth Monroe, who started calling weekly to see how the business was going. The classmate repeatedly reassured Hoffman that his idea was good and that his business was going to make it. He even offered to make up the difference if Hoffman needed it.

“He was not asking for anything in return, he just believed in me,” Hoffman said. “That is so telling of the Darden community and the type of people you meet there.”

Another Darden classmate, who became a buyer at Target after graduation, was impressed with Mensch on a Bench and introduced Hoffman to the retail giant’s holiday toy buyer.

That’s not even accounting for the “Shark Tank” effect. Hoffman went on the reality show in 2014, pitching his business to six “sharks” – tycoons and investors including Mark Cuban, Barbara Corcoran, Lori Greiner, Robert Herjavec, Daymond John and Kevin O’Leary.

“It was nerve-wracking,” Hoffman said. “I was maybe the most over-prepared person to go on the show. I had watched every episode, read every single book the sharks had written, practiced a million times and made them each customized books with a personalized note saying how their story had impacted my business.”

After some spirited discussion, Hoffman’s preparation paid off. Greiner and Herjavec agreed to invest $150,000 in Mensch on a Bench in exchange for 15 percent equity. They remain active partners and helped Hoffman chart his course after earning massive exposure, both on the show and in national media coverage afterward.

The boost allowed Hoffman to expand his product line. He created menorahs, dreidels, chocolate bars and other mensch-themed accessories and introduced the two new characters, Hannah and Bubbe. Both are selling out quickly.

“Hannah is now sold out on our website,,” he said. “Bubbe is the No. 1-selling Hanukkah item this year. Even before Thanksgiving, retailers were telling me it was halfway sold out.”

Hoffman hopes that next year will bring even more growth, but for now, he is excited to enjoy the Hanukkah season and Mensch on a Bench’s growing fame with his own biggest fans: his wife and his sons, now aged 8 and 4.

“I use this as role modeling for my kids,” he said. “It has been pretty awesome to have them understand that if you can dream it, you can do it.”