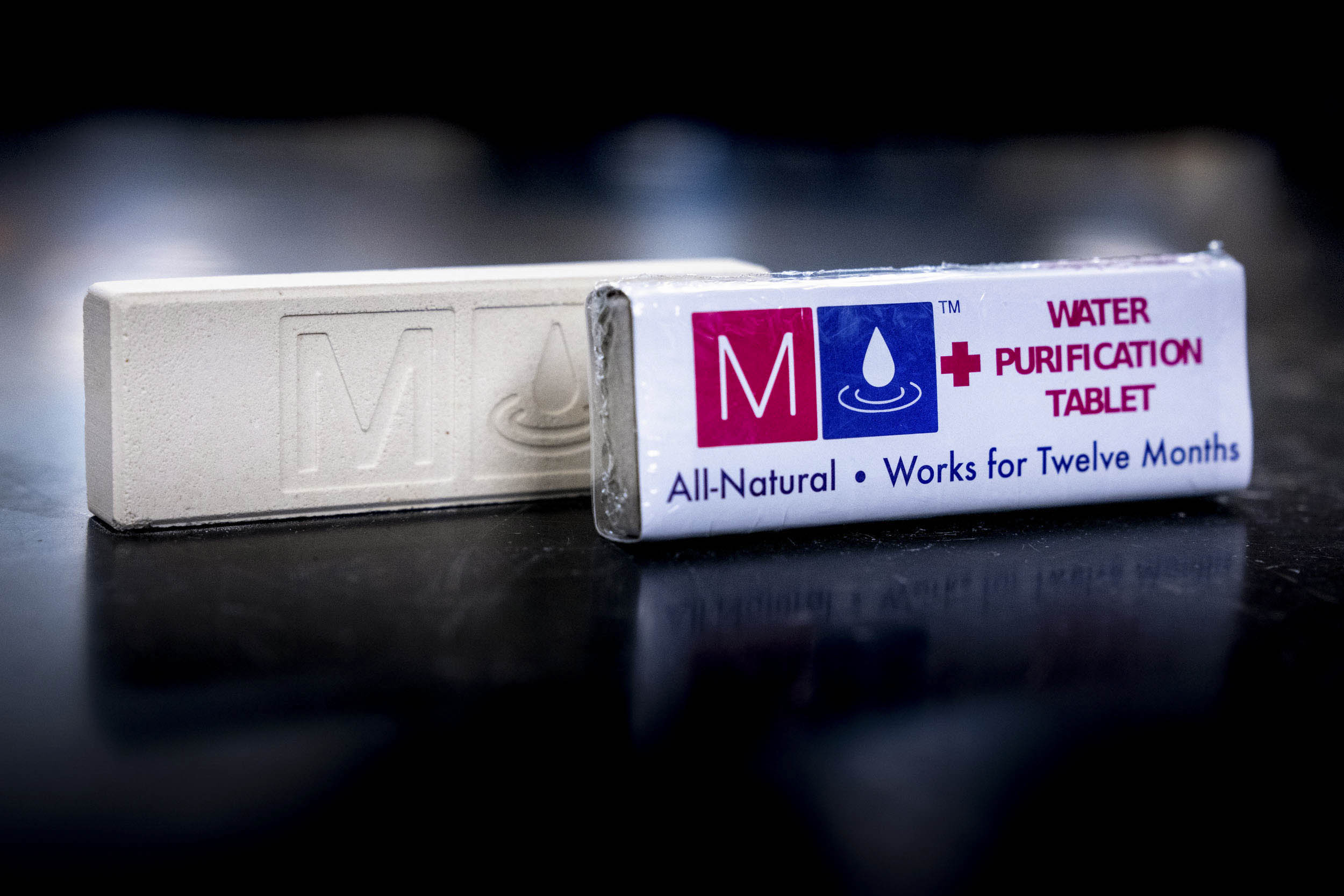 A new phase of research and development aims to improve MadiDrop+ tablets, each of which can currently treat more than 7,000 liters of water in a one-year lifespan. (Photos by Sanjay Suchak, University Communications)

It has been almost a decade since a University of Virginia professor of civil and environmental engineering, James Smith, set out with students to develop a transformational water-disinfecting technology for low-resource communities around the world.

Initially developed in conjunction with a nonprofit organization called PureMadi – inspired by the Tshivenda South African word for water, “Madi” – Smith’s lab conducted extensive tests on a silver-embedded ceramic tablet capable of ridding drinking water of bacteria and viruses. In 2015, a UVA-inspired public benefit company, MadiDrop PBC, opened administrative and production spaces in Charlottesville. Two years later, more than 20,000 MadiDrop tablets had been distributed to humanitarian organizations around the world, primarily in Africa and Latin America.

In 2018, MadiDrop PBC was replaced with the for-profit Silivhere Technologies Inc. and developed MadiDrop+, an iteration of the tablet which quadrupled performance outcomes. One pocket-sized tablet – sitting at a unit price of $15 and costing less than 0.2 cents per liter – could treat up to 20 liters of water per day for 365 days, providing close to 7,000 liters of safe drinking water per family, per year. 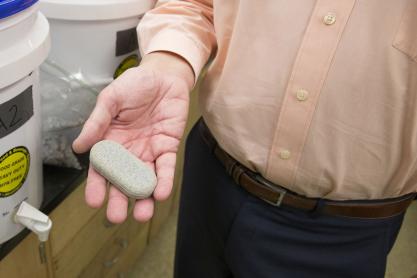 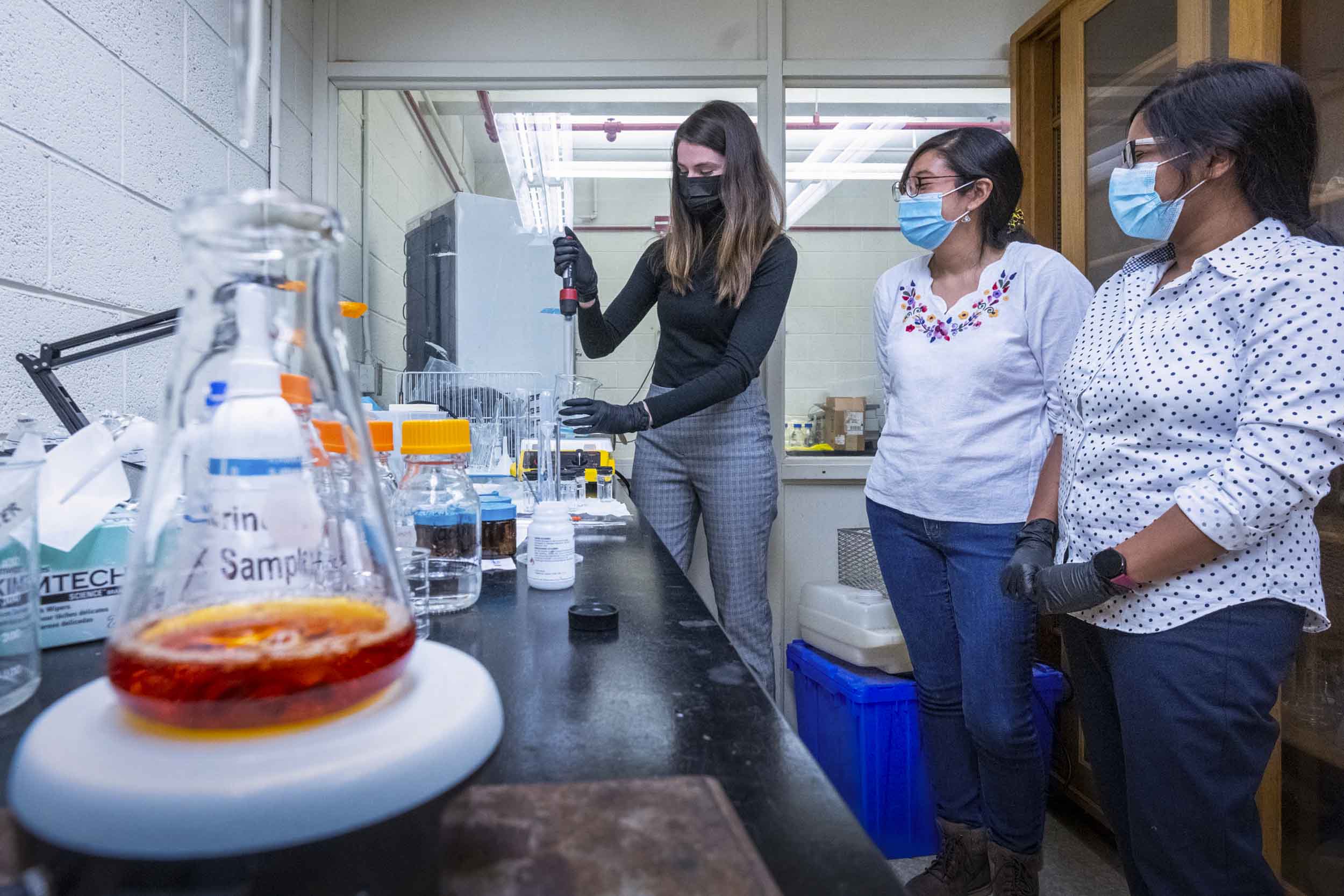 When placed in a 10- to 20-liter water storage container, the porous ceramic tablets will release a combination of silver, copper and chlorine to disinfect waterborne pathogens.

Now, with more than 50,000 tablet sales in more than 40 countries, MadiDrop+ has reached almost 250,000 people. With a recent grant of $254,000 from the National Science Foundation’s Small Business Technology Transfer program, and aided in part by UVA’s 3 Cavaliers Program, Silivhere Technologies is ready to dive into a third generation of research and development. In partnership with UVA’s Chemical and Environmental Engineering programs, the next generation of tablets aim to release a combination of silver, copper and chlorine, simultaneously disinfecting water and combatting viral and protozoan pathogens such as V. cholera, Shigella, rotavirus, and E. coli.

With the 2023 launch goal on the horizon, and with hopes of selling hundreds of thousands of MadiDrops per year, UVA Today checked in with Smith via email to learn more about the next phase of MadiDrop+.

Q. What do MadiDrop+ tablets do, and how do they work?

A. The MadiDrop+ is a water purification technology designed primarily for low-resource settings. It is a point-of-use (e.g. household) water treatment technology. It is a porous ceramic tablet that is embedded with microscopic “patches” of metallic silver.

To use the MadiDrop+, the user places it in a 10- to 20-liter water storage container, fills the container with water before they go to bed, and the next morning, the water will be safe to drink. The MadiDrop+ releases trace amounts of ionic silver, which is a highly effective disinfectant for a broad spectrum of waterborne pathogens, including V. cholera, shigella and E. coli. The MadiDrop+ is designed to release enough silver to effectively disinfect the water, but while still being below the U.S. and World Health Organization drinking water standard.

Perhaps most importantly, one MadiDrop+ works the same way for 365 days, treating more than 7,000 liters of water. The cost per liter of water treated is less than 0.2 cents, making it more than seven times cheaper than Aquatabs, a leading competitor. Because the trace amount of silver released from the MadiDrop+ does not affect the taste of the water, it is more socially acceptable than competitor chlorine-based technologies on the market. The MadiDrop+ also has a perpetual shelf life, is durable and is easy to transport around the world. 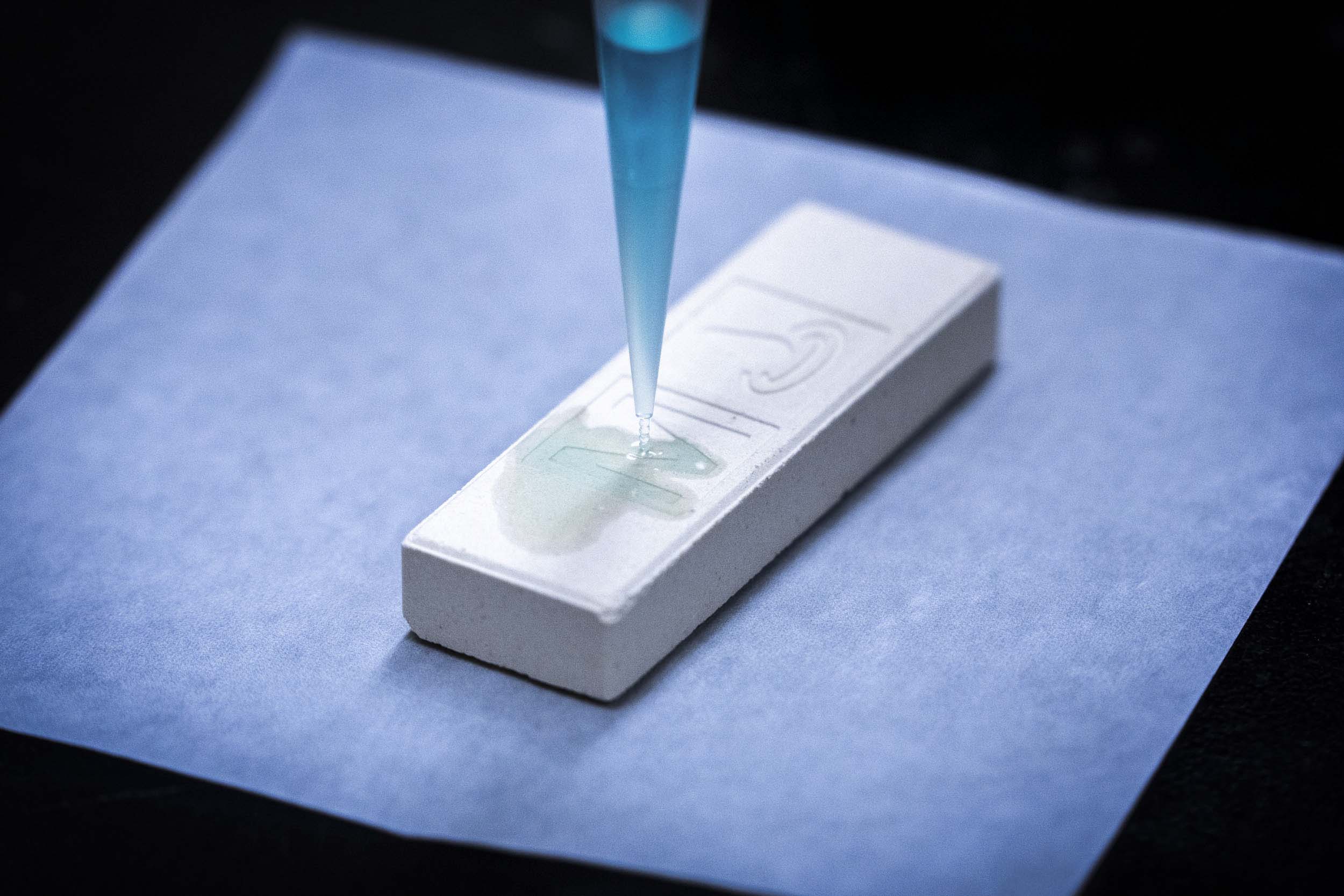 Costing less than 0.2 cents per liter, more than 50,000 MadiDrop tablets have been sold in over 40 countries.

The technology has been rigorously tested in laboratory and field investigations, with the results of these studies published in multiple, peer-reviewed archival journal publications. The MadiDrop+ has also been certified for drinking water treatment by NSF International.

Q. What prompted you and your team to develop this technology? Any personal stories you can share?

A. Yes! I had been conducting research on silver-ceramic water filters. In fact, Rebecca Dillingham from the School of Medicine and I collaborated on research on this topic and eventually created a nonprofit organization called PureMadi that teaches South Africans in rural villages how to make these filters and sell them. Although this effort has been quite successful, I observed that the filters were somewhat difficult to manufacture. They were also large, heavy and fragile, making them difficult and expensive to transport. This led me to the idea of having a piece of ceramic material with silver that just sits in the water and passively releases silver.

Although I floated this idea to a few of my graduate students over a couple years, none of them seemed interested. One day my son, who at the time was entering his junior year of high school, asked if he and his friend could use this idea for a science fair project. I was delighted he was interested, and I worked with my son and his friend in my UVA laboratory. We produced and tested very early prototypes and generally had positive results.

Based on this, one of my newer Ph.D. students, Beeta Ehdaie, became interested in the topic and she went on to base her dissertation research on this topic. Another doctoral student, Carly McFadden, also contributed to the technology development over the next few years. My son went on to become a civil engineering major at UVA, specializing in environmental engineering.

Q. What water-borne diseases does it fight against?

A. The MadiDrop+ protects against microbial contamination of drinking water, which is typically the most important, and often only problem with water quality in low-resource settings of the developing world. When humans consume water with pathogenic microorganisms, the microbes colonize the host’s gastrointestinal system, preventing the absorption of water and nutrients in the intestine. This often results in diarrheal disease, vomiting, dehydration, and possibly death. One to 2 million children die each year from these infections, and many more have adverse lifetime health effects that include growth stunting and cognitive impairment.

Q. What will the National Science Foundation grant and the 3 Cavaliers seed grant help you accomplish?

A. The 3 Cavaliers grant gave us the resources and connections to prepare a winning NSF grant. Through the 3 Cavaliers program, we were connected with professor Rachel Letteri, an assistant professor in chemical engineering. She is the principal investigator for the NSF grant on the UVA side of the project. Rachel specializes in polymer chemistry, and came up with the idea of synthesizing a polymer than can release chlorine (+1) ions into water, which in turn form hypochlorous acid, or HOCl. HOCl is the disinfectant we commonly use in water treatment. 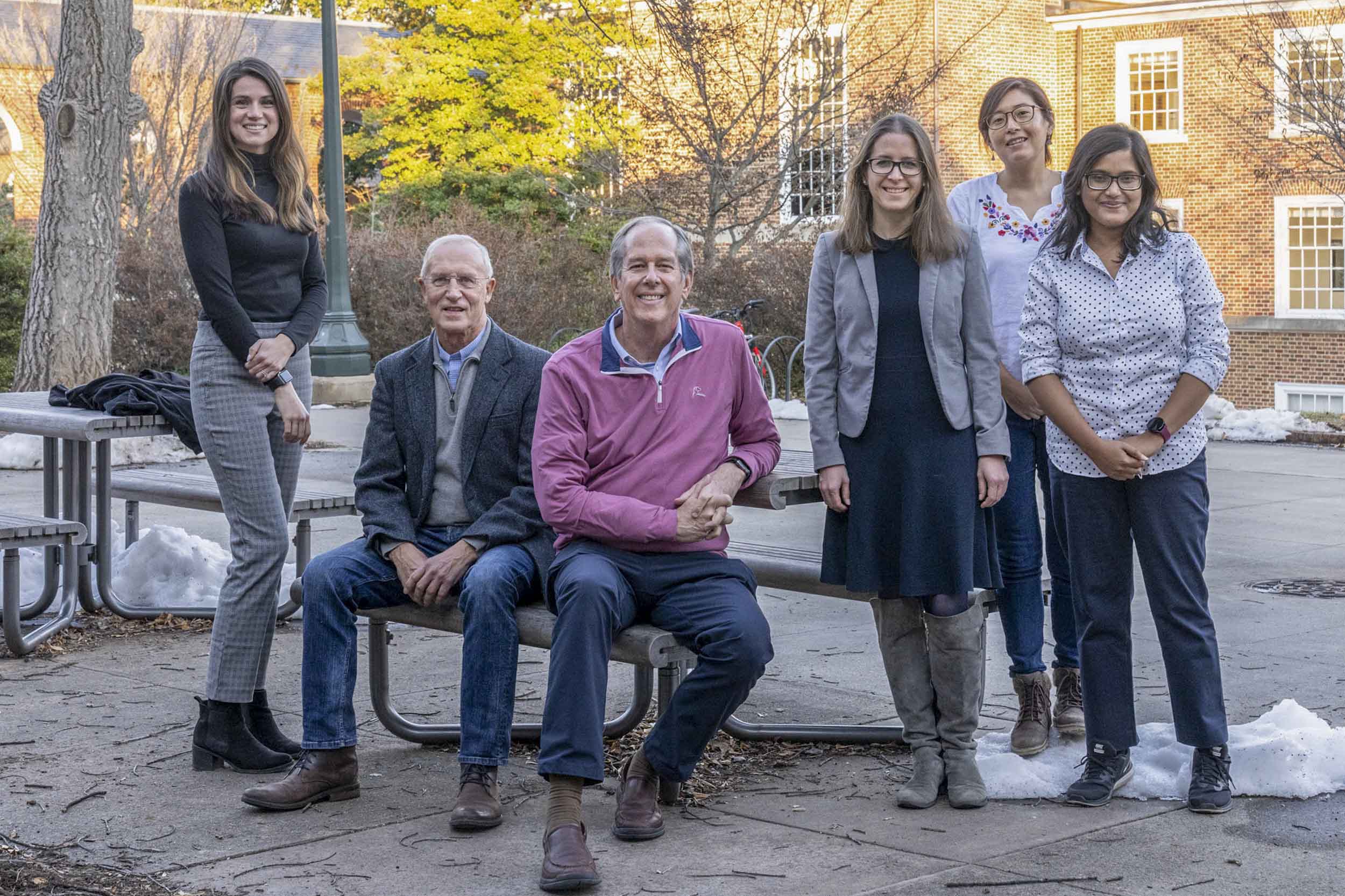 Silivhere Technologies Inc., founded in 2018, is partnering with the UVA’s chemical and environmental engineering programs to further develop the disinfecting agents.

Q. What will the major advancements be in this new iteration of the MadiDrop+?

A. We want to make the MadiDrop+ even more effective, particularly against viral and protozoan pathogens.

One way to do this is to take advantage of the synergistic effect of multiple disinfectants. We know that silver and copper work synergistically to disinfect water, and copper is particularly effective against viruses. The same is true for silver plus chlorine. The combined effects of multiple disinfectants are better than the sum of the disinfectants by themselves. So, for our next generation MadiDrop+, we want to design it to release silver and copper, or silver and chlorine, or, perhaps even better, silver, copper AND chlorine. This will make it work faster and better across all pathogen classes.

When we combine this technological performance along with the MadiDrop’s ease of use, low cost and social acceptability, we will have a truly disruptive product that has the potential to improve water quality, human health and quality of life for millions of people around the world.

Q. What is the next phase of development for MadiDrop+ technologies?

A. After this technological improvement, we will seek Phase II funding from the NSF. In addition, we likely will seek private investment capital to allow us to expand our distribution network through strategic partners around the world.

[Those interested in investing in this technology should contact Chris Conti, Silivhere’s chief executive officer, at chris@silivhere.com.]

We are particularly interested in expanding sales in India, Africa and Central America. We want to keep the MadiDrop as affordable and accessible as possible for the global poor. To do that, we will invest in production in these regions of the world. This will allow us to eliminate shipping costs and tariffs. We hope to sell the next generation MadiDrop+ in these parts of the world for $10 or less. 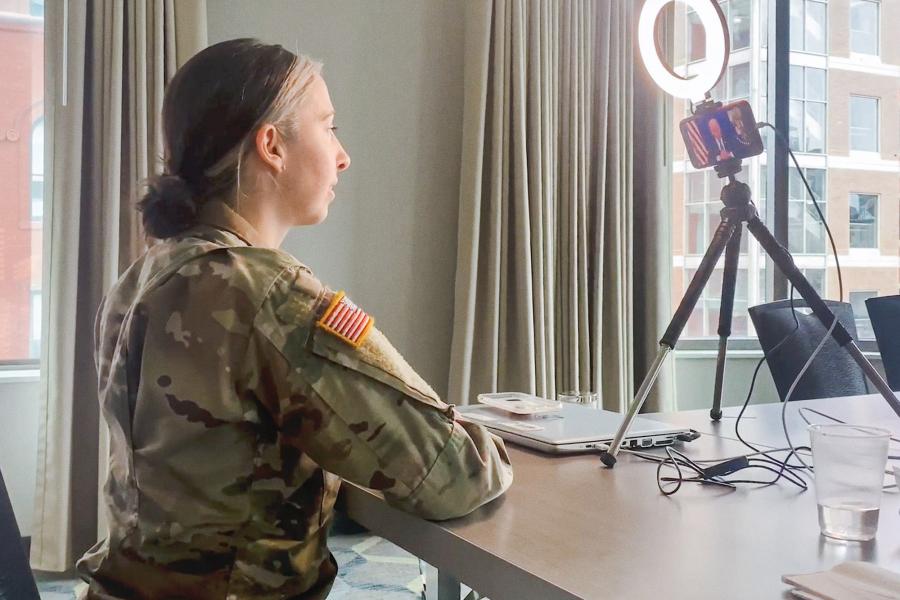 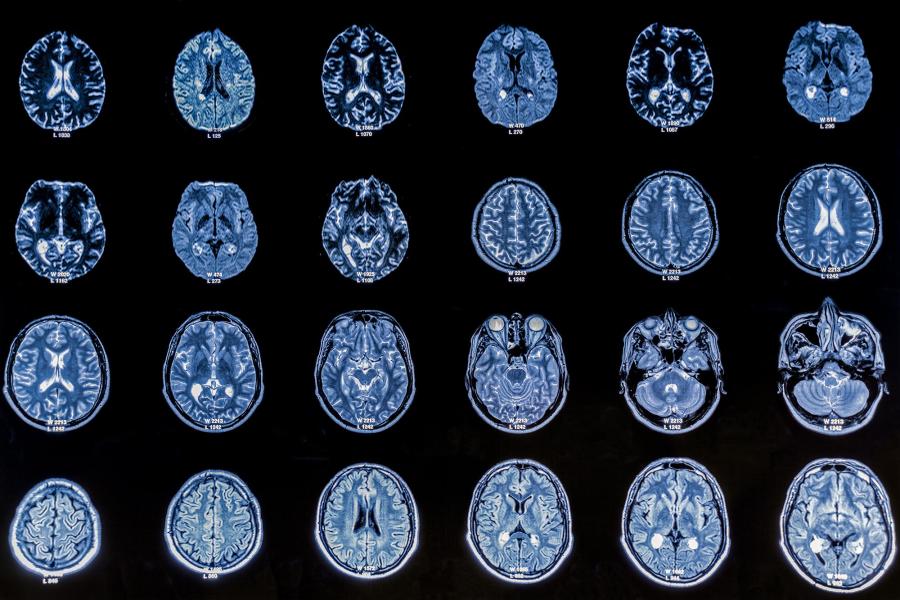 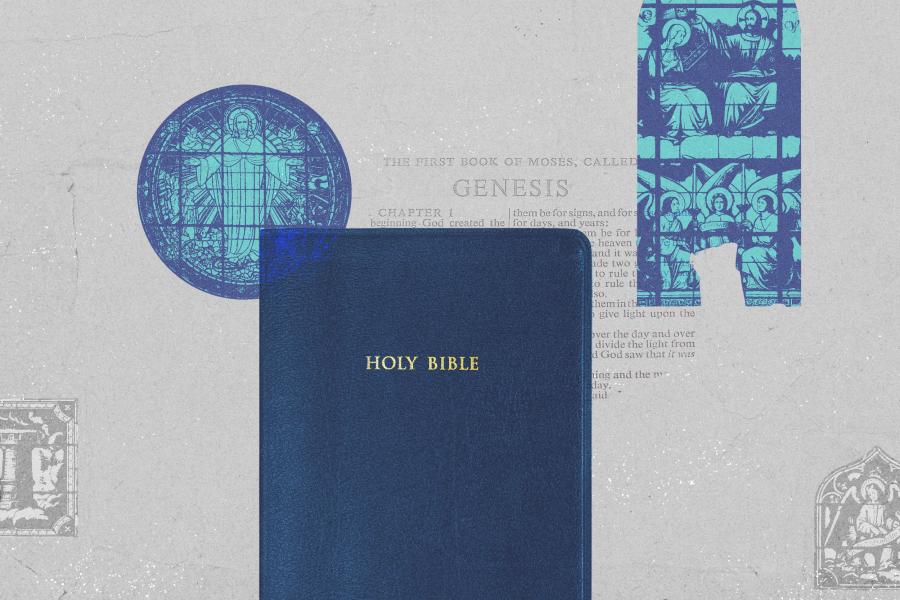 Who Wrote the Bible? This UVA Professor Goes on a Passion Quest for Answers