Nurse Practitioner Transitions and Seeks to Help Others Who Are Suffering 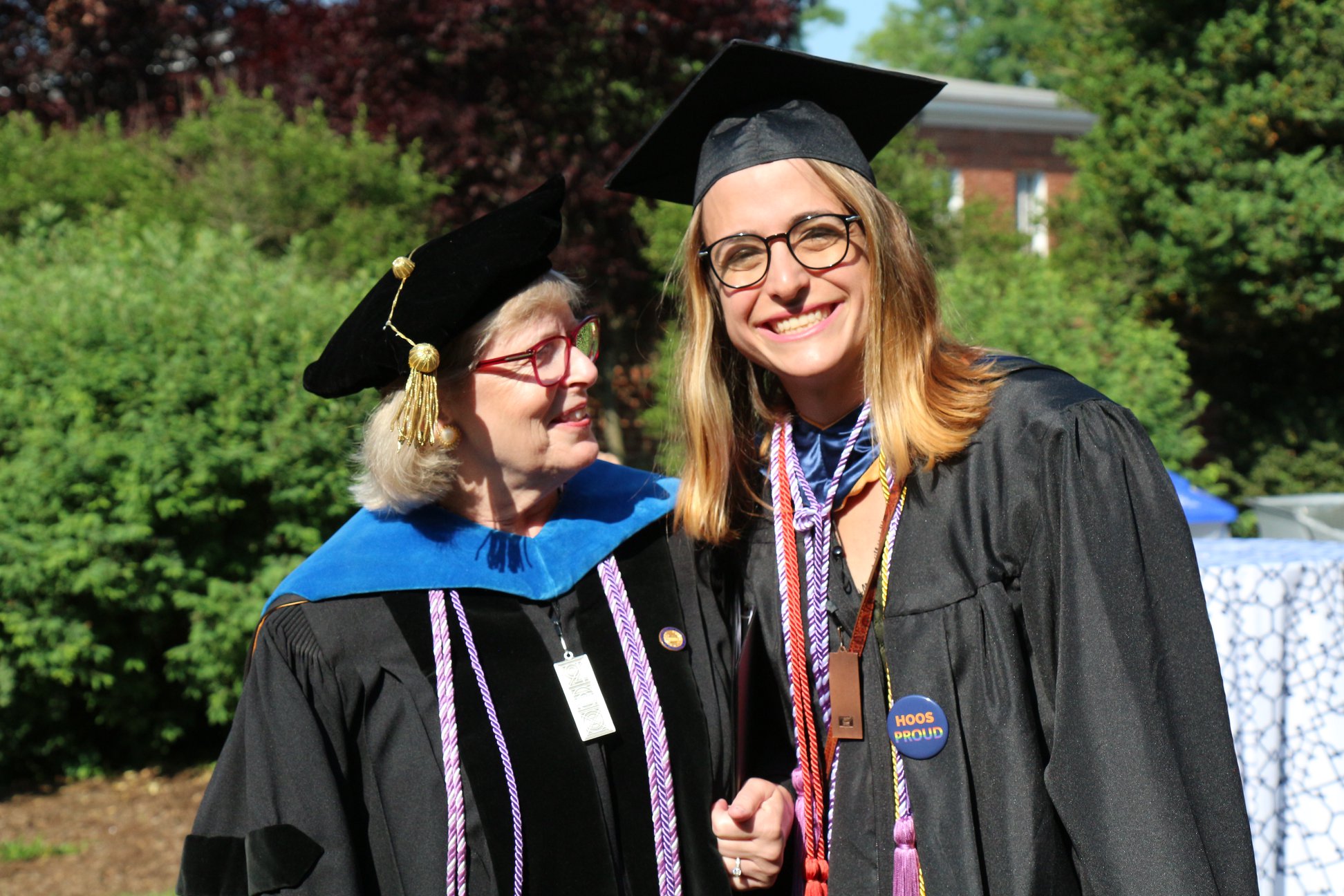 They were looking for sundresses, but for Dallas Ducar, the shopping trip with her grandmother meant so much more.

Having kept the secret of her transition from man to woman from much of her family for years, their first trip together to Macy’s – just two women combing the racks for summer clothes – was at once completely mundane and extraordinary.

“It was the strongest, clearest, most evident way that I’ve ever seen anyone show their love,” explained Ducar, who transitioned two years ago while also completing a post-master’s degree at UVA School of Nursing to become a psychiatric-mental health nurse practitioner. “There’s no way I can ever return that feeling. It just fills me with love.” Ducar arrived at UVA presenting as a male in 2011 after attending an all-boys high school and spending one year at Saint Joseph’s University. Double-majoring in philosophy and cognitive science (concentrating in neuroscience), with a minor in bioethics, Ducar found academic, professional and social success at UVA, joining a fraternity and becoming an emergency medical technician, even while sinking into substance abuse and profound depression.

“Why is it,” Ducar wondered, “that I’m consistently suffering?”

Though Ducar had toyed with cross-dressing as a child and young adult – “a game that always ended,” she said – her gender dysphoria didn’t inspire action until after she’d graduated UVA’s Clinical Nurse Leader program (a fast-track to nursing degree for those from outside the profession) and begun her nursing practice. That was 2017. Today, more than two years after transitioning and earning a second master’s degree from UVA, Ducar feels more herself than ever.

Now, after nearly a decade in Charlottesville and more than two years as a psychiatric mental health nurse at UVA Medical Center, Ducar will go to Boston’s Massachusetts General Hospital this July, where she’ll work as a nurse practitioner in the Transgender Health Program. There, she’ll see patients, conduct research and serve as a community organizer.

It’s a job for which she’s uniquely prepared, and one in which she’ll provide individual and group therapy to transgender patients, prescribe medication when needed, initiate community-based participatory action research protocols – a partnership approach to research bringing in community members – and galvanize various communities.

Being a transgender nurse hasn’t meant that Ducar only tends to transgender patients, however, though at Massachusetts General Hospital those individuals will be her primary focus. Already, as a psychiatric nurse on the locked unit at the UVA Medical Center, she’s counseled and cared for patients across the mental health spectrum, including young adults with schizophrenia, individuals who self-harm and even white supremacists who participated in the August 2017 Unite the Right rally in Charlottesville.

One was a man who wept openly with Ducar after confessing he’d been assaulted as a child. Ducar, initially leery of the encounter, cared for the patient like any other and watched as, over the course of the patient’s hospital stay, the man renounced his racist and anti-Semitic views.

The experience proved an awakening for Ducar, too.

“The word ‘patient’ literally means ‘to suffer,’” Ducar said. “Nurses are often the people who bear witness to individual suffering, which fosters a profound awareness to make radical change. These moments reveal that many suffer – and that nurses can help alleviate that suffering.”

With that purity of purpose, she’ll bring her talents and authenticity to Boston with her long-time partner Kari and dogs Apache and Luna.

“It’s a radical choice, to come out, to be yourself, to come face-to-face with yourself – not just once, but each and every day,” she said. “I choose to continue to do it, with love.”

A Year We Will Never Forget: 2019-20 in Review END_OF_DOCUMENT_TOKEN_TO_BE_REPLACED

‘What Will You Carry With You?’ Remarks From UVA President Jim Ryan END_OF_DOCUMENT_TOKEN_TO_BE_REPLACED