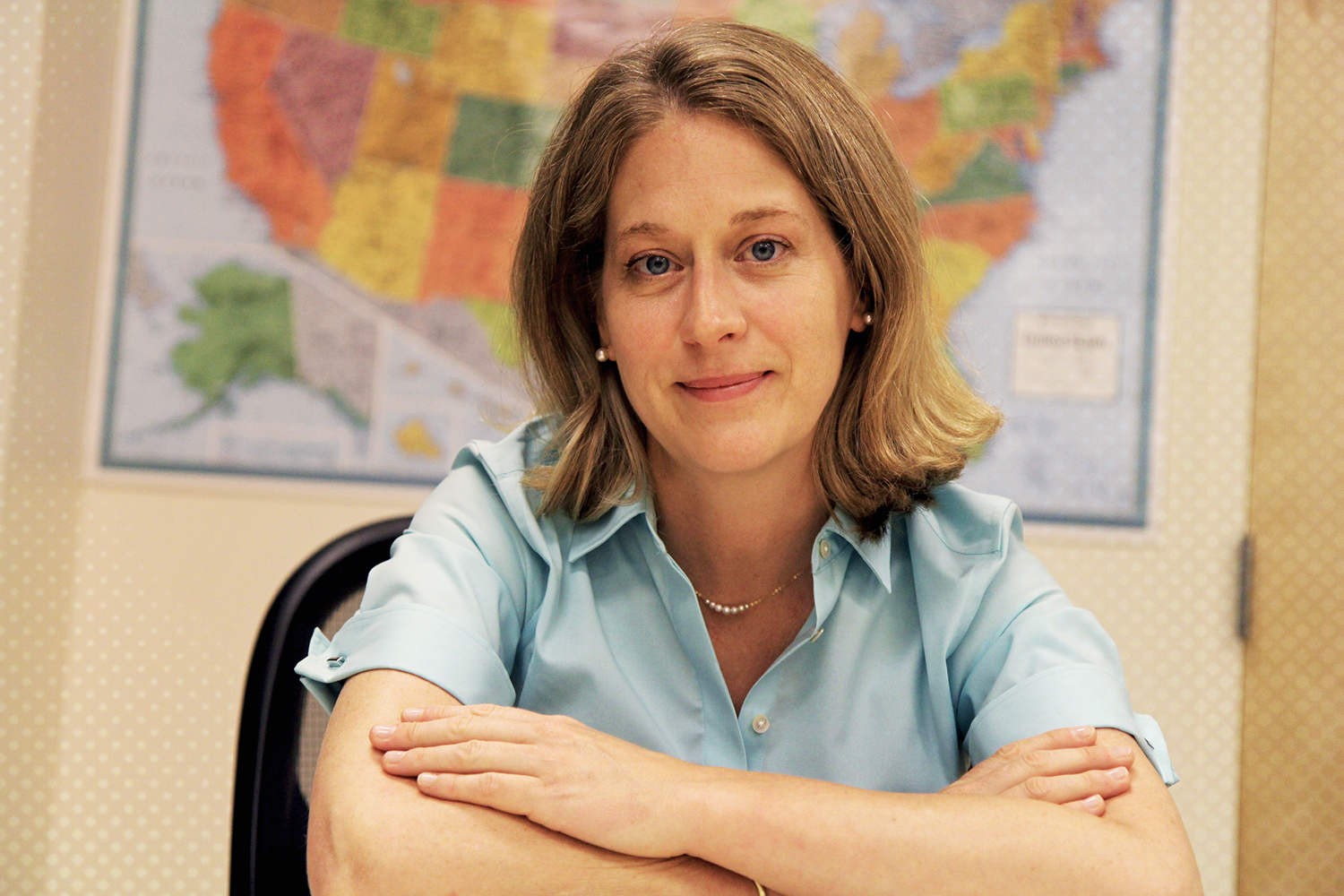 It’s a dark paradox that hits uncomfortably close to home: Southwest Virginia has both some of the nation’s worst opioid abuse, as well as cancer death rates that are 23 percent higher than the state average, facts that often leave care providers in a quandary when determining who gets pain-relief drugs – and who doesn’t.

But are tighter restrictions on opioid drugs leaving too many cancer patients awash in pain?

University of Virginia nursing professor Virginia LeBaron will explore this question with a $40,000 grant from the UVA Cancer Center, the oncology and palliative care nurse researcher aims to create a first-of-its-kind state map to offer a visual of the issue’s two sides: rates of advanced cancer and markers of access to pain relief against markers of opioid abuse and diversion.

LeBaron, an assistant professor and Roberts Scholar, is no stranger to how pain can affect patients and families. As a nurse practitioner with the International Network for Cancer Treatment and Research, she saw patients ravaged by disease unable to tap opiate-based relief, like morphine. It’s a distressing memory.

And while LeBaron’s purpose – which will involve analyses of Virginia Medicare and Medicaid claims data, a tally of pharmacies’ average opioid stock supplies, data from the state’s chief medical examiner and substance abuse admission information – doesn’t aim to take sides, she hopes it gives policymakers and clinicians a wider view.

“Cancer pain management and opioid regulation are commonly viewed as separate clinical and policy issues,” LeBaron said, “but my intent is to analyze their intersection and offer a starting place for drug and law enforcement and clinicians to come together, each with a visual representation of the problem and target areas for balanced interventions.”

While safeguards exist to prevent opioid abuse, Southwest Virginia – considered ground zero in the OxyContin crisis, which revealed America’s prescription drug abuse epidemic – suffers from some of the nation’s highest rates of opioid addiction, overdose and trafficking. Leniwisco health district, for example – made up of Lee, Scott and Wise counties – has some of the state’s highest rates of drug poisoning deaths, and was designated a “high-intensity drug trafficking area” by the Office of National Drug Control Policy.

But the region also copes with a dramatic burden of cancer patients at risk for untreated pain. With cancer mortality rates in Leniwisco nearly 23 percent higher than the state average, it’s highly likely, LeBaron said, that patients there are suffering. By some estimates, 60 to 80 percent of advanced cancer patients experience moderate to severe pain, so there’s reason to believe that the problem may be even more acute in Southwest Virginia.

LeBaron begins her analysis this fall and expects to have her map completed by summer 2017.

A Year We Will Never Forget: 2019-20 in Review END_OF_DOCUMENT_TOKEN_TO_BE_REPLACED

‘What Will You Carry With You?’ Remarks From UVA President Jim Ryan END_OF_DOCUMENT_TOKEN_TO_BE_REPLACED